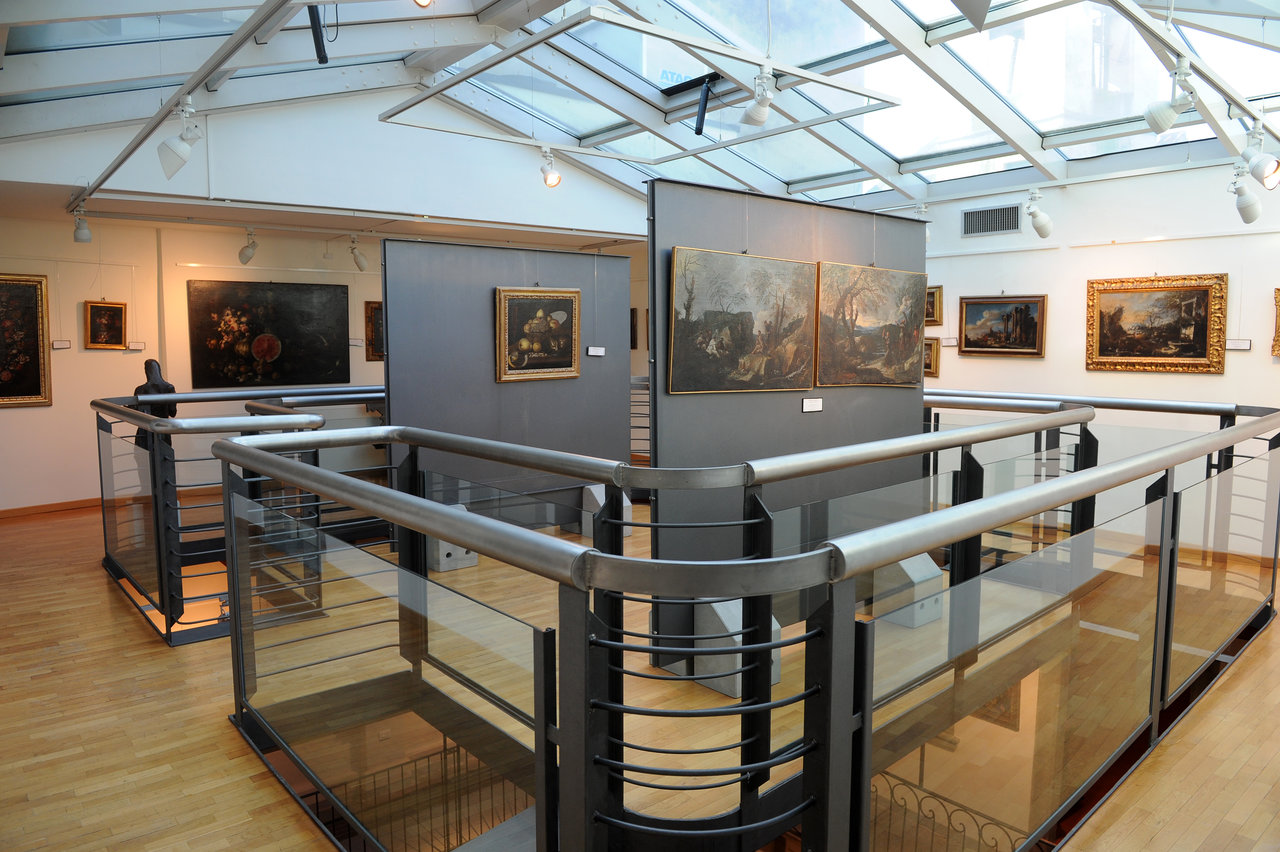 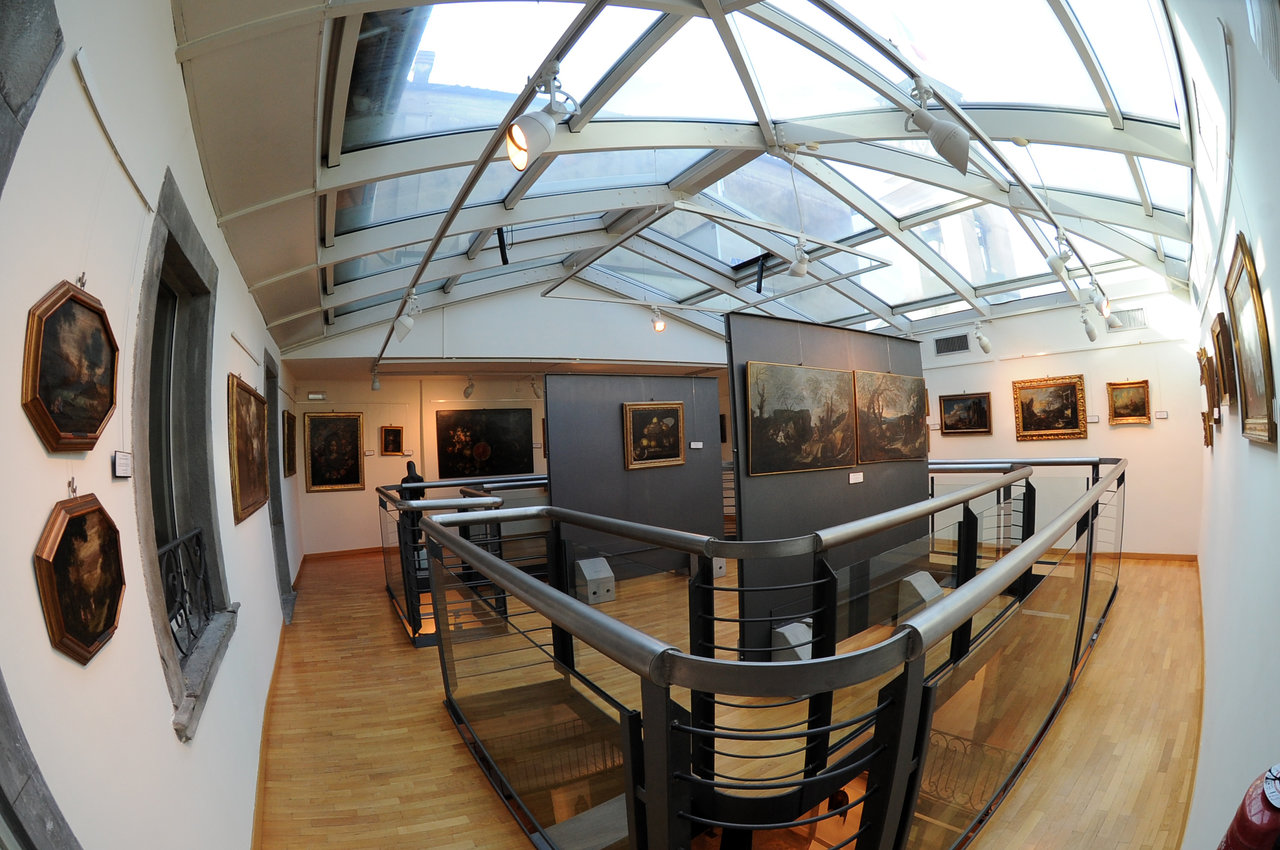 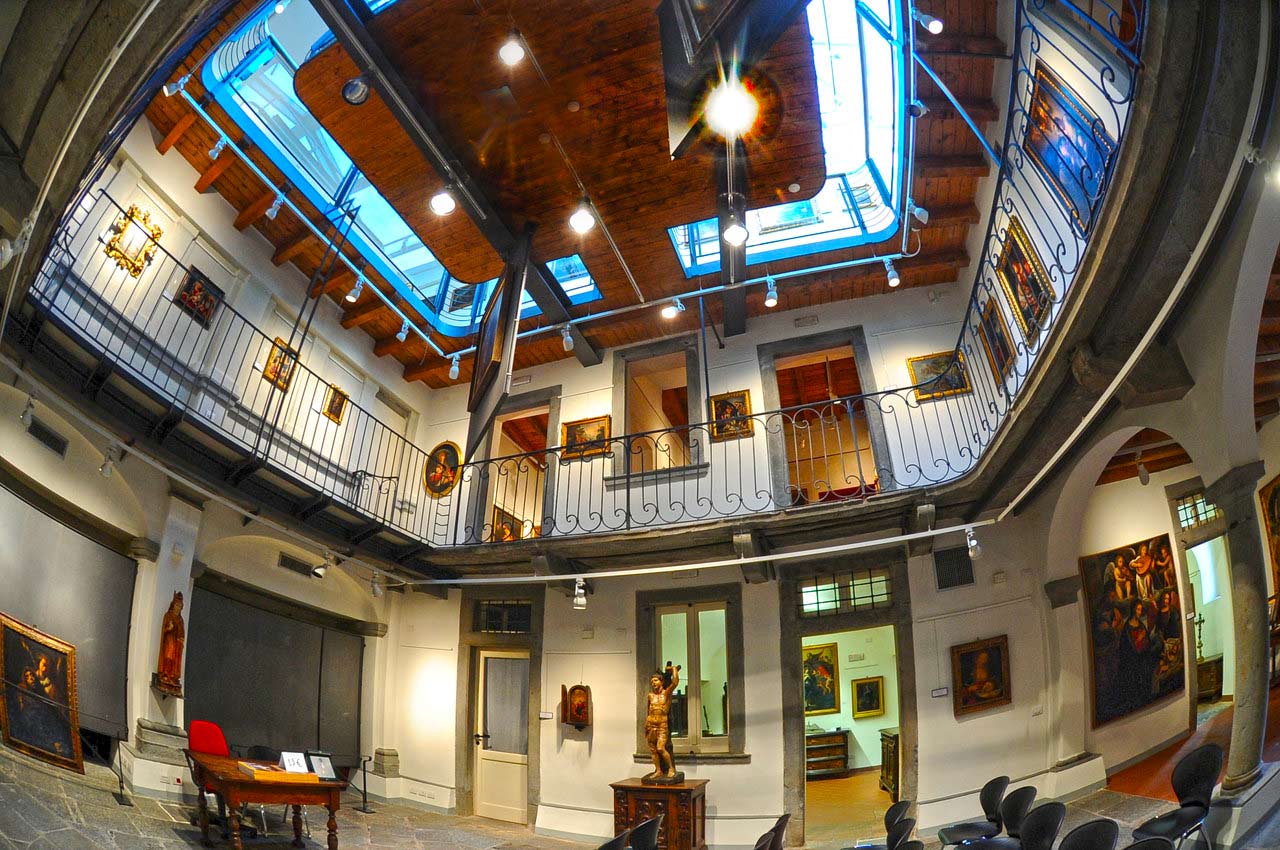 
The Gianni Bellini Art Gallery, inaugurated in 2004, is located at the top part of the historic centre of Sarnico. The building that hosts the collection is also known as Palazzo Gervasoni, from the name of the historic family from Sarnico that sold the property to the local administration during the late ‘90s. Before becoming a private dwelling, the palace was the site of a cloistered monastery (16th Century). Testimonies of the ancient convent can be found in the building’s layout consisting of columns and arches that delimit the old cloister. At the centre of the hall, still paved with typical Sarnico stones, there was a room opened at the top.

When the priest and collector from Sarnico, don Gianni Bellini, decided to donate his art collection to the city of Sarnico, the local administration had to find a suitable place to preserve and exhibit said artistic heritage. Thus Palazzo Gervasoni was purchased, with the idea to recover the building in architectural terms, in view of its new function of art gallery. The restoration works were completed in about six years. The floor plan of the palace was maintained, as well as the grey colour of the stone decoration, now further enhanced and underscored by the white colour of the walls and wooden beams. The suspended structures of the galleries were reinforced and secured, and lightened afterwards in the top floor. The roof was completely removed to make room to the lightness of a large skylight, symbolically in line with the vision of the human figurative towards the infinite.

The donation of don Gianni Bellini features slightly less than 200 works among paintings on canvas and wooden board, some important wooden and marble statues, and also four processional crosses of great interest. Valuable antique furniture enriches the collection. Most of the exhibited works date back to a chronological span between the 16th and 18th Century. Don Gianni Bellini was a collector, and prior to that, an expert and fond artist. Numerous times he declared he was “struck by the desire to own paintings, sculptures and furniture that I purchased from merchants and private collectors driven by my instinct to invest money despite my lack of finances”. As can be seen, the collection does not embody an exclusive inclination towards the religious theme: besides the common penitential and mystic subject, there are many works focused on the mythological theme, whims and landscape painting. Thus we can admire the Allegory of Time by Legnanino or Prometheus from the workshop of Luca Giordano besides the Lamentation of Christ by Palma il Giovane.

Amongst the most famous authors, the names of Alessandro Magnasco, Antonio Cifrondi, Carlo Ceresa, Francesco Cairo and Nicolas Régnier stand out. Similarly, from a geographic point of view, Bellini’s collection is clearly of European inspiration:  from the different Italian schools, to the Flemish, French, Spanish and German area, and some interesting examples of the Greek-Venetian Byzantine tradition.