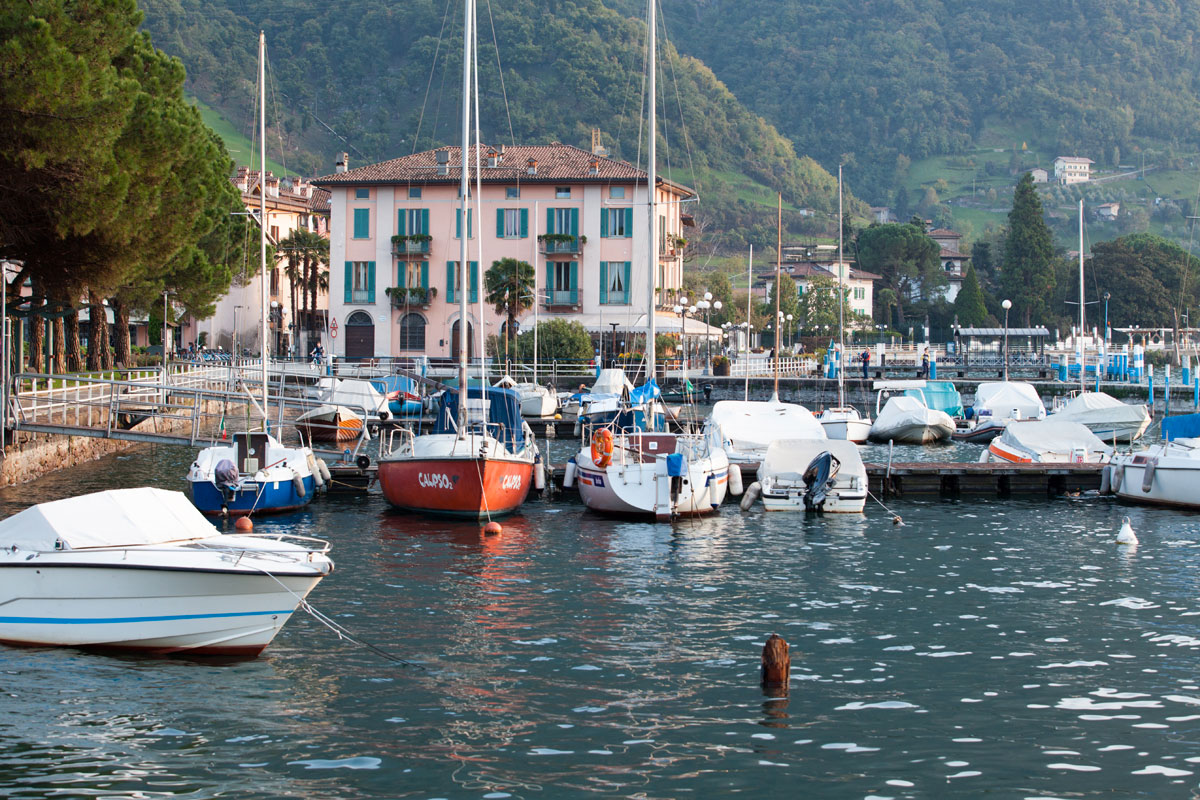 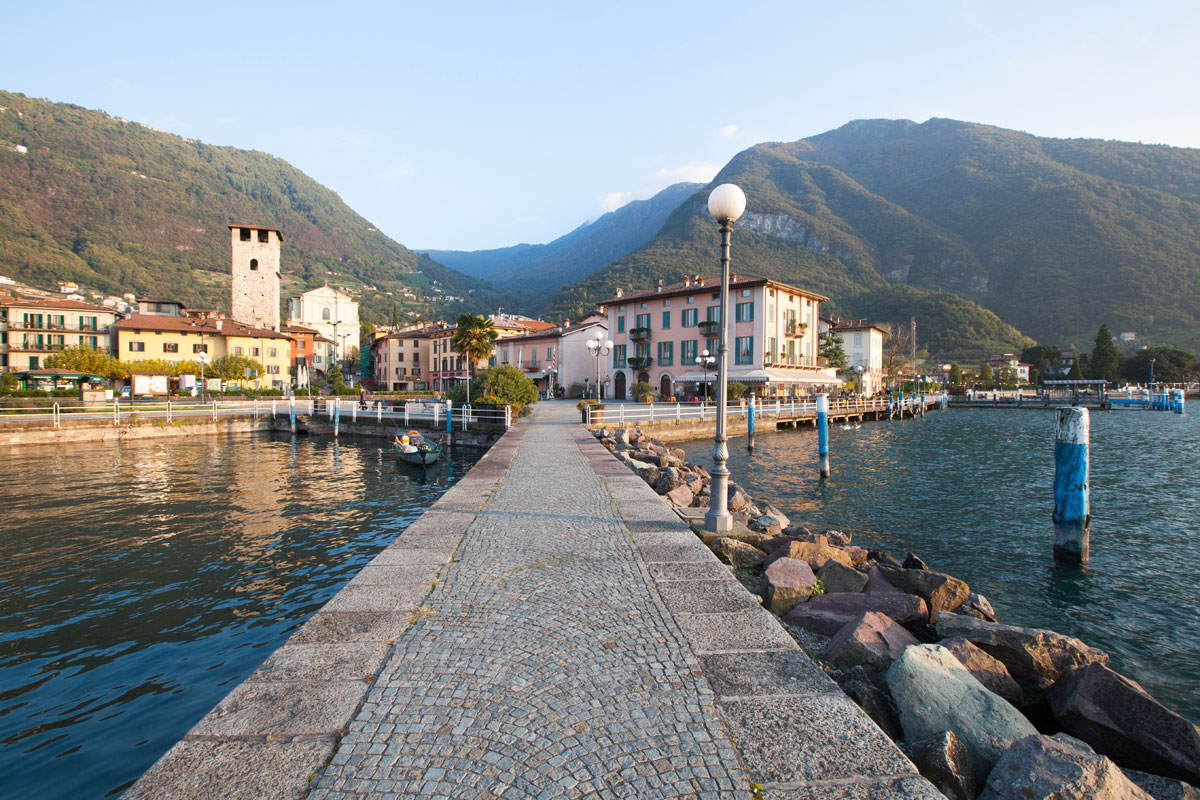 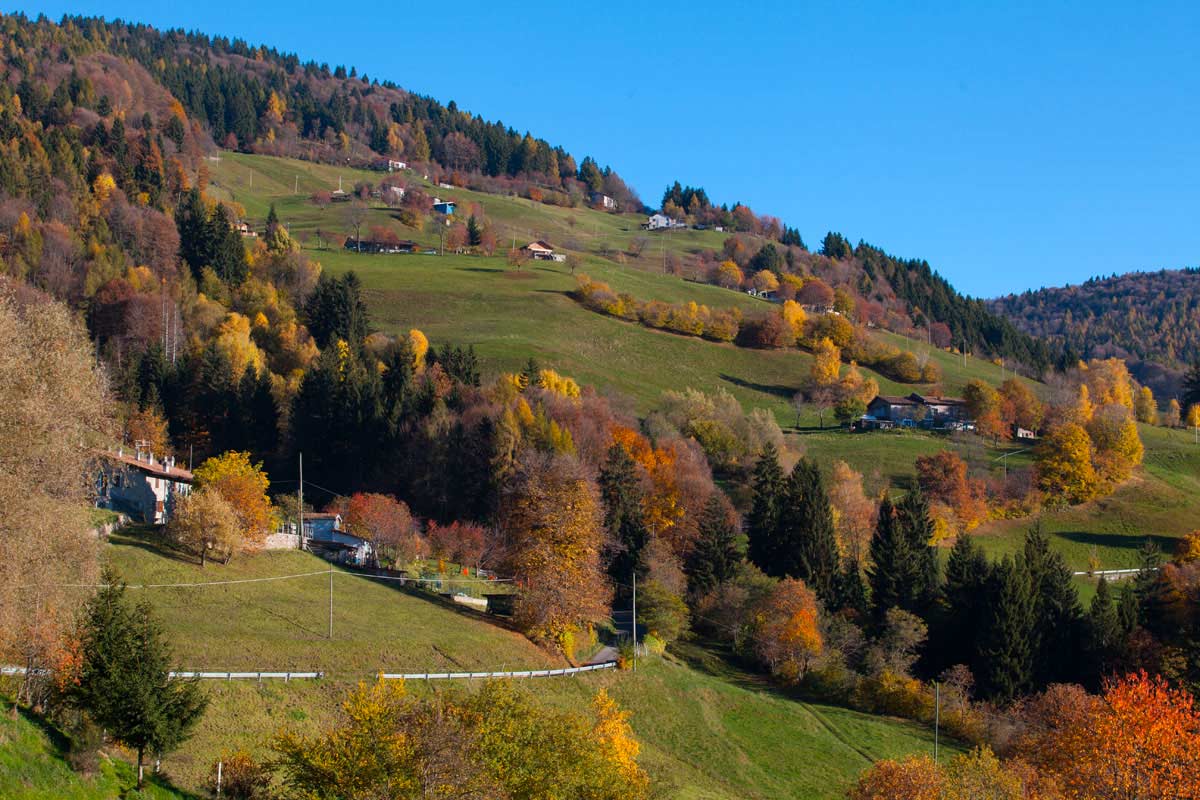 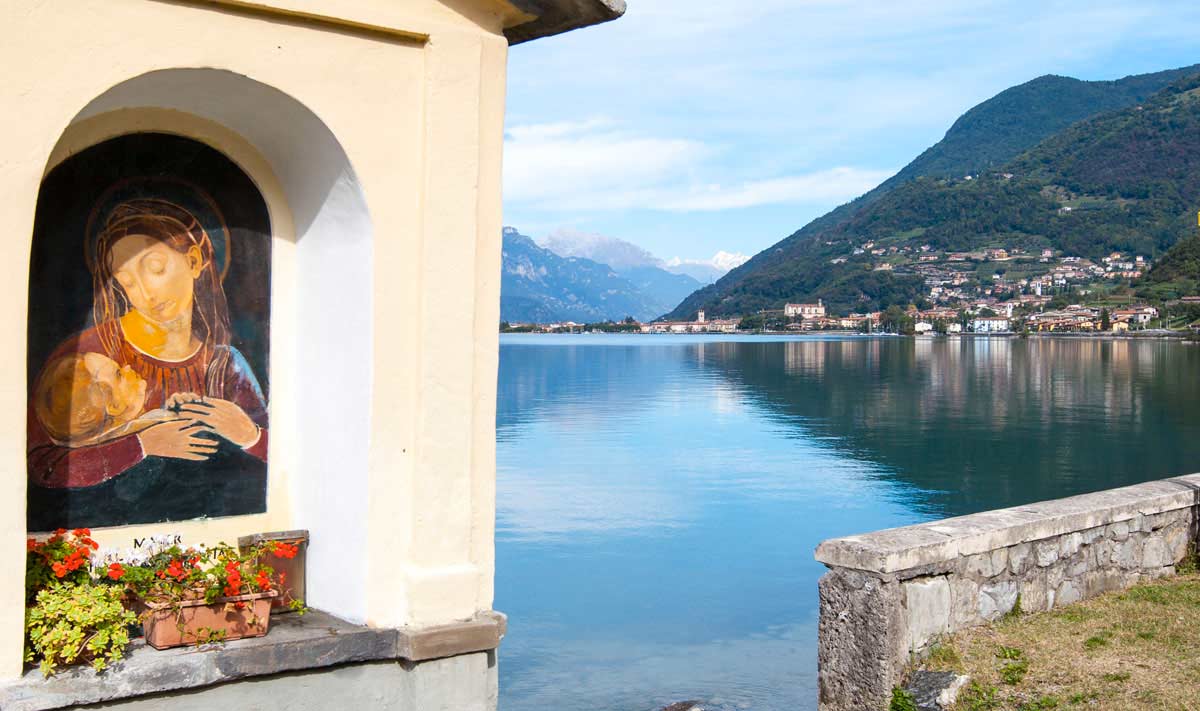 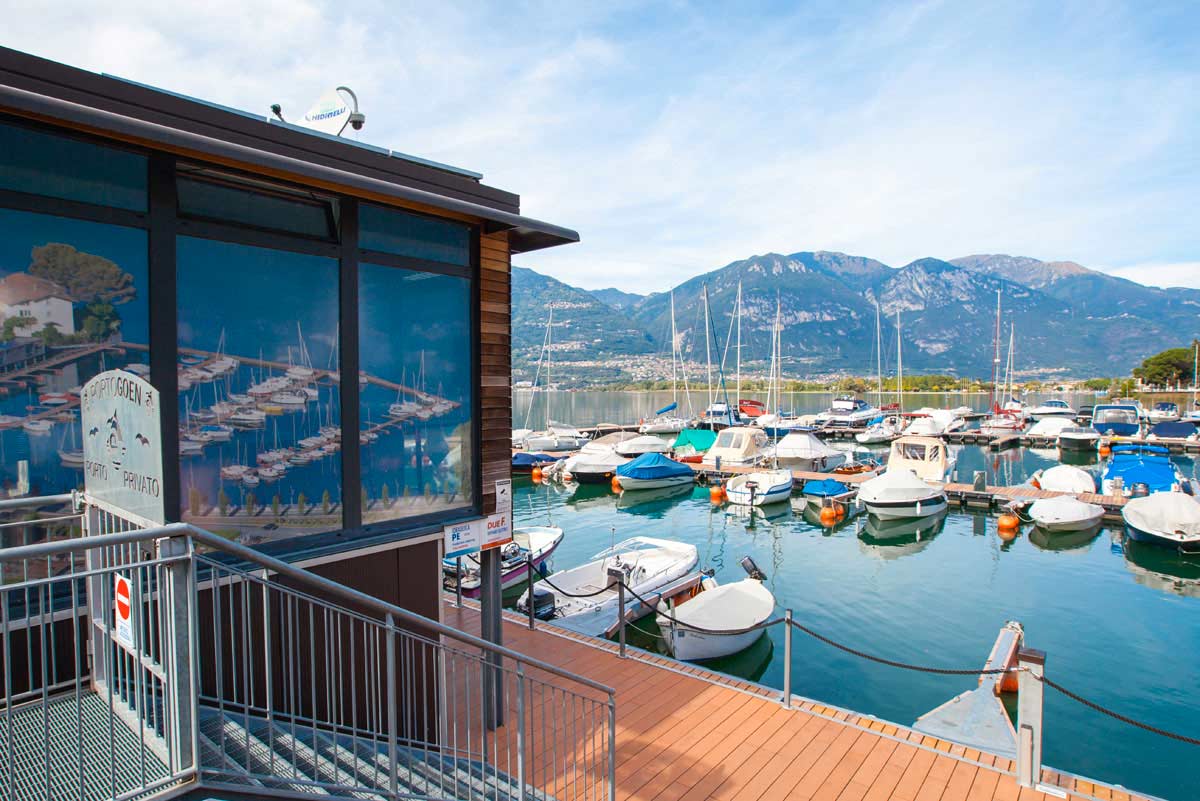 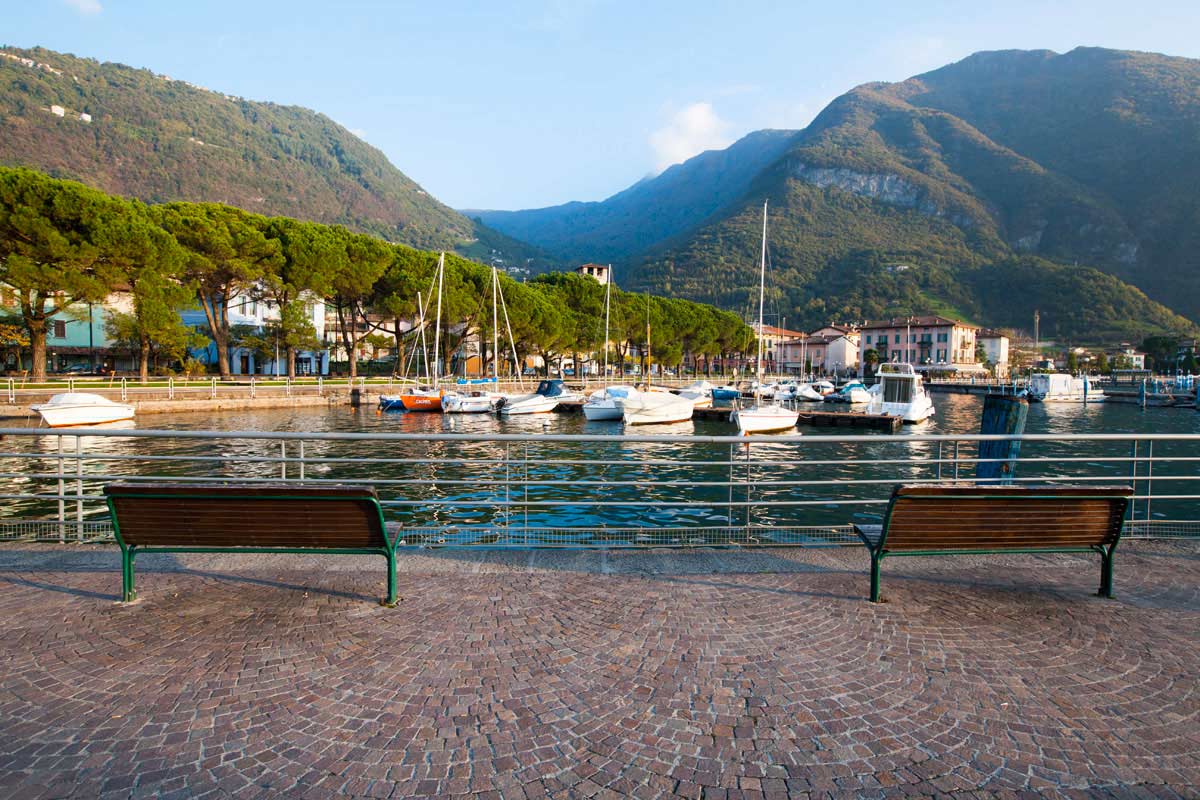 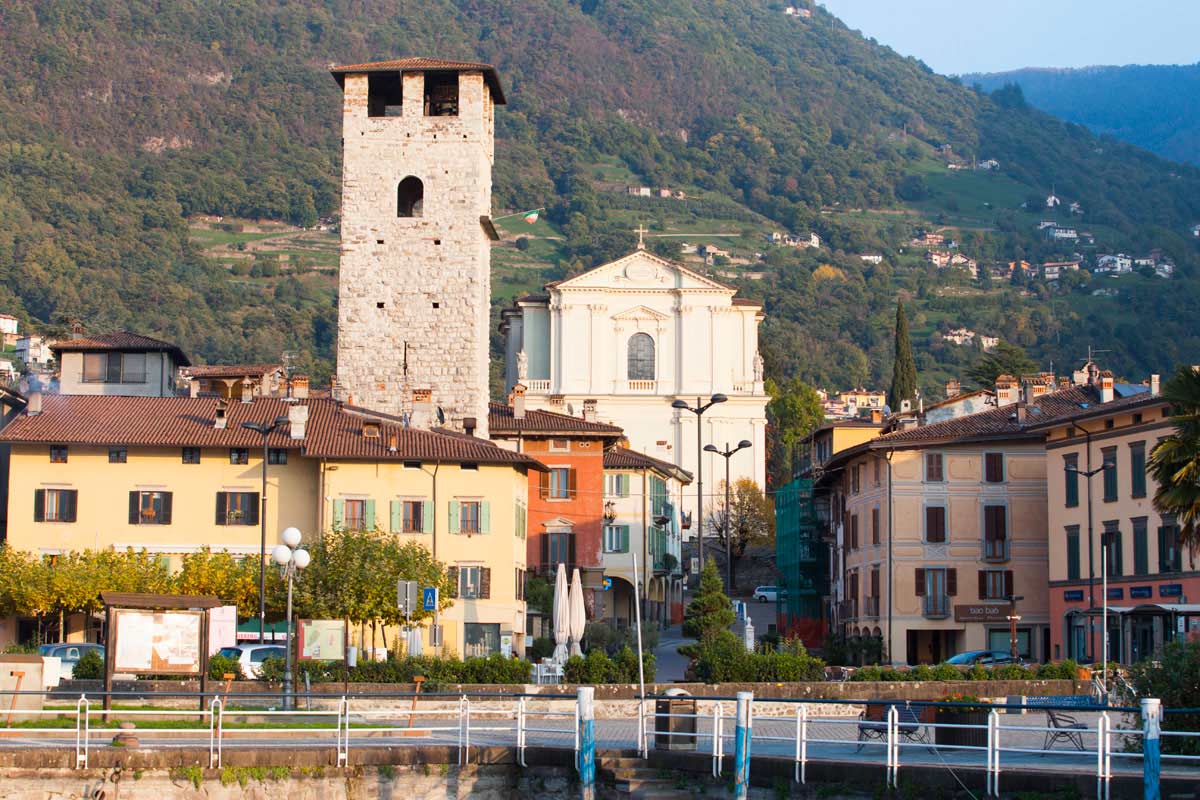 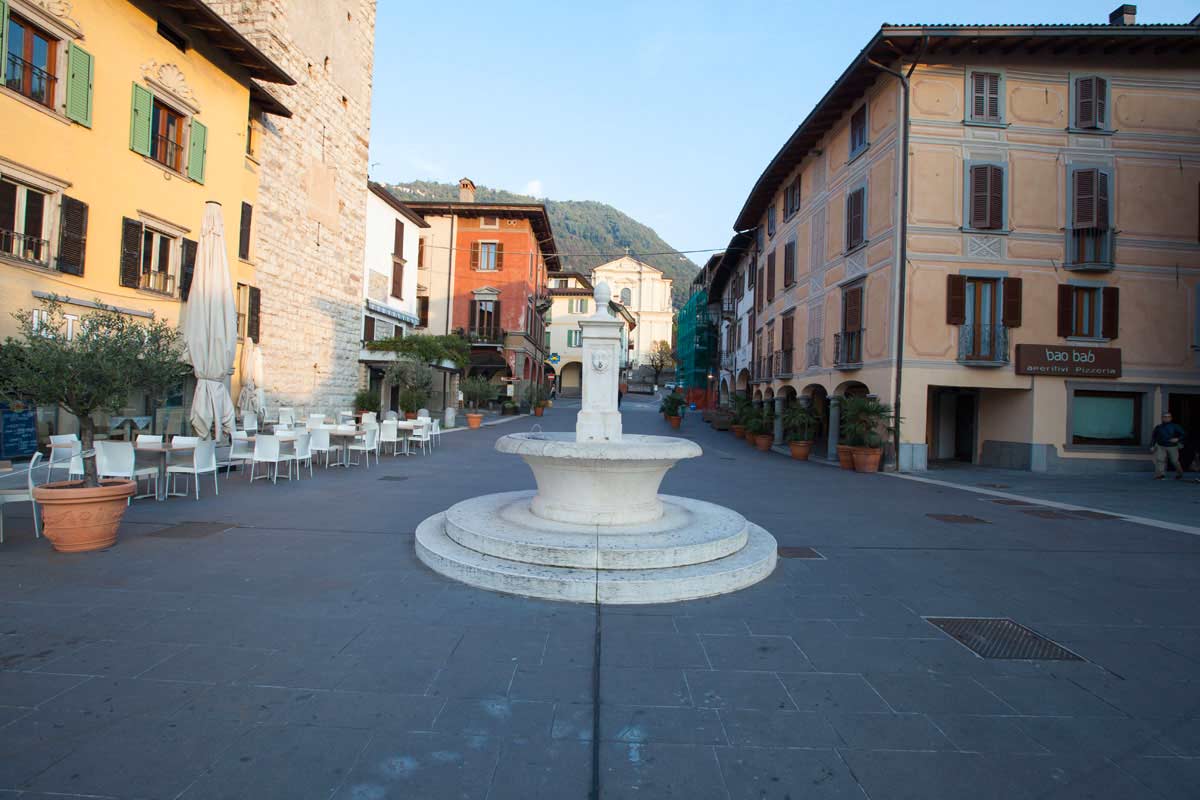 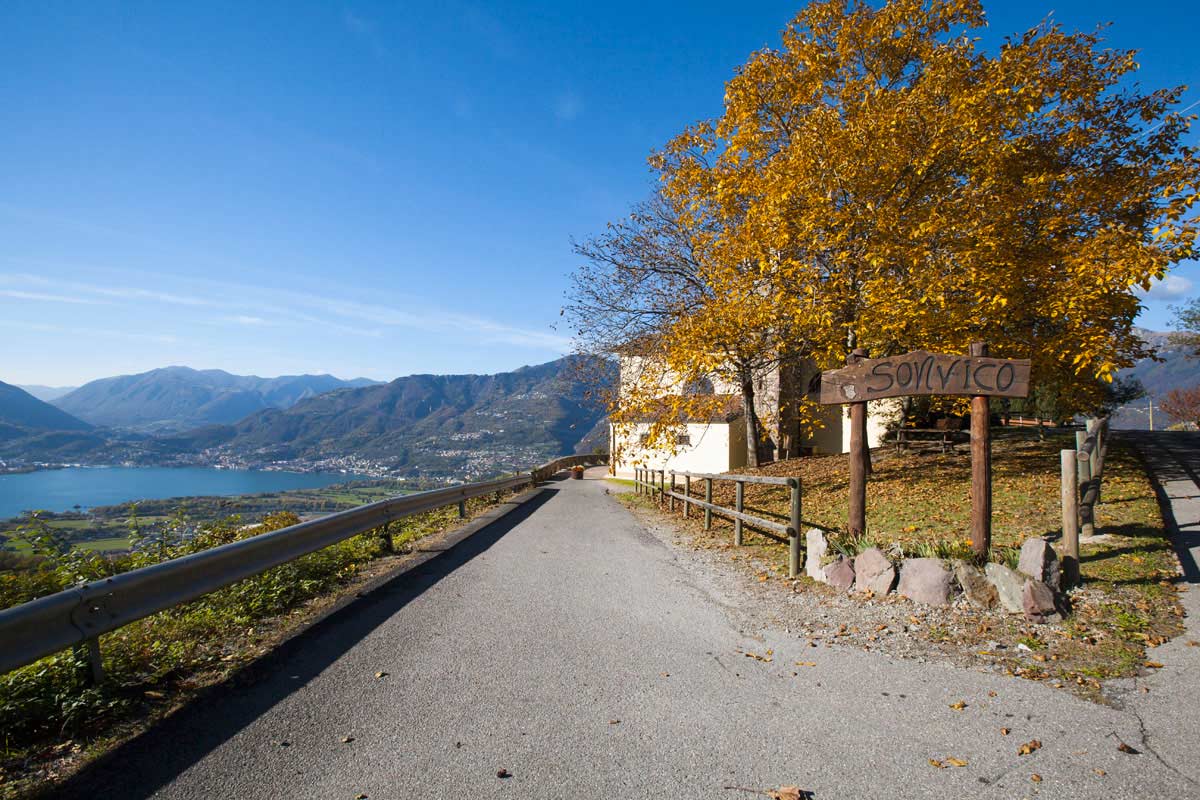 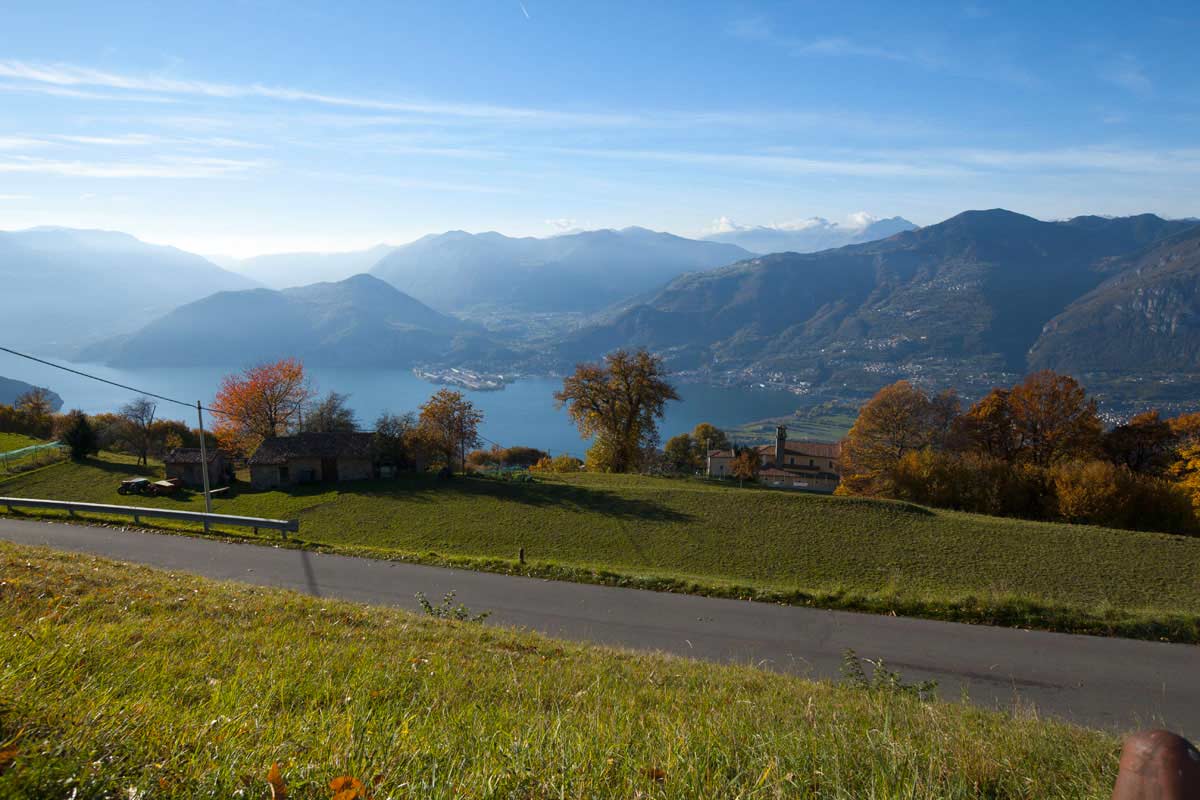 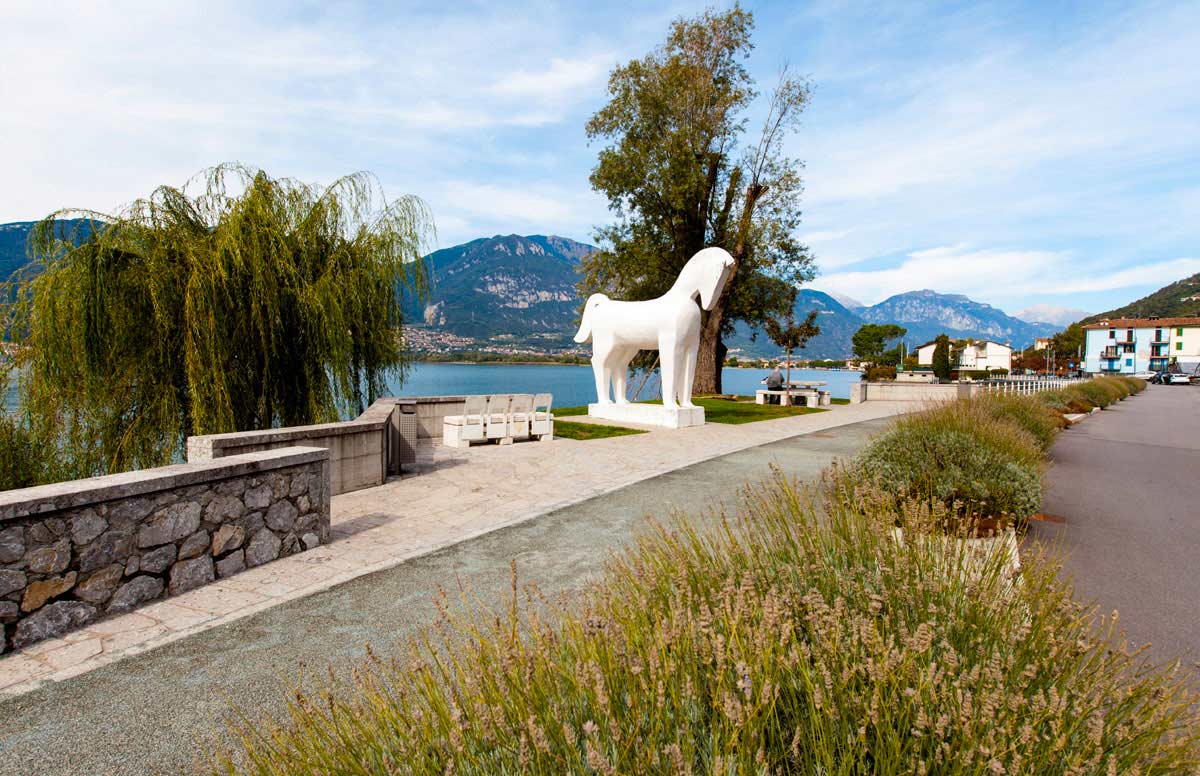 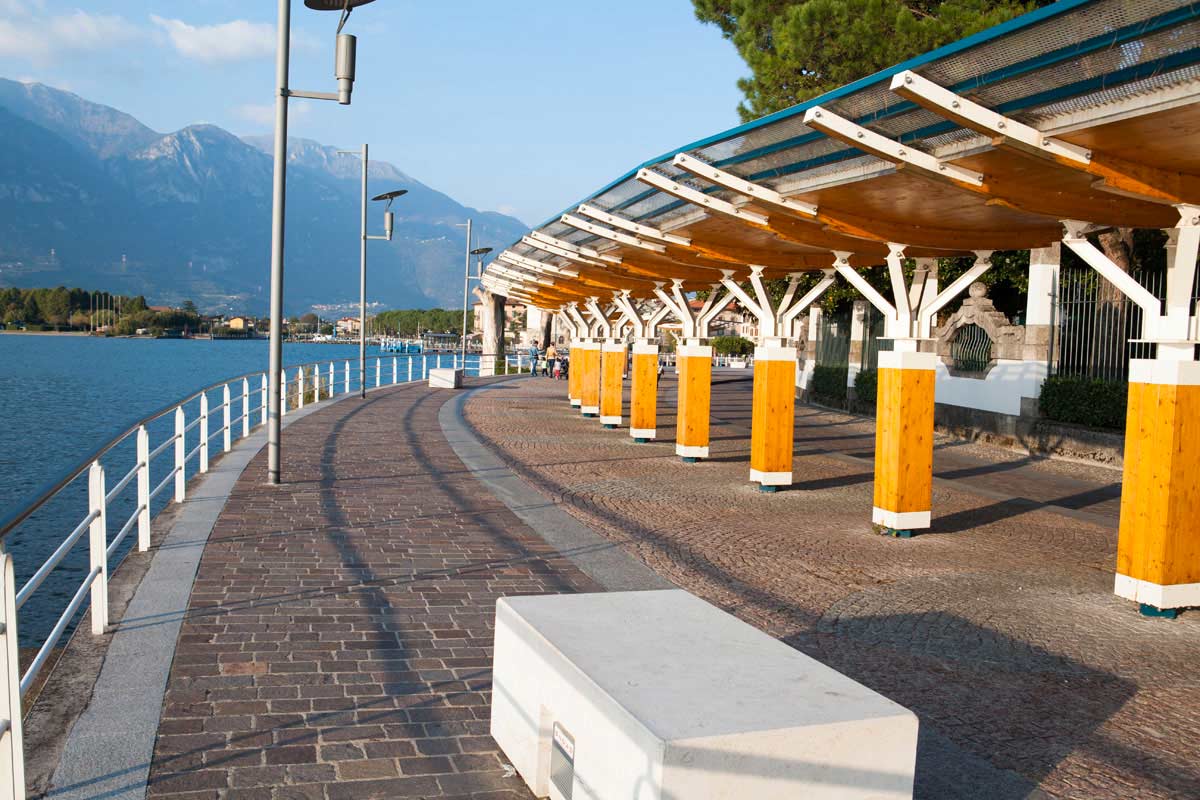 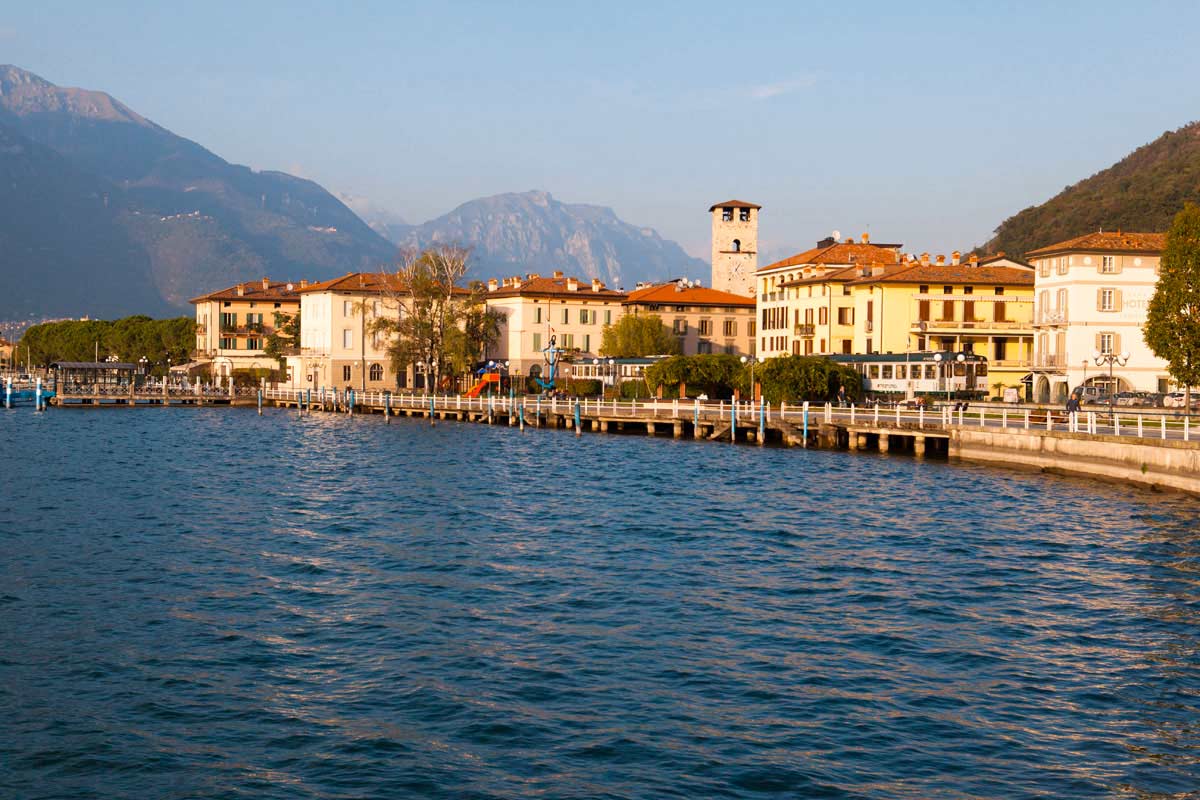 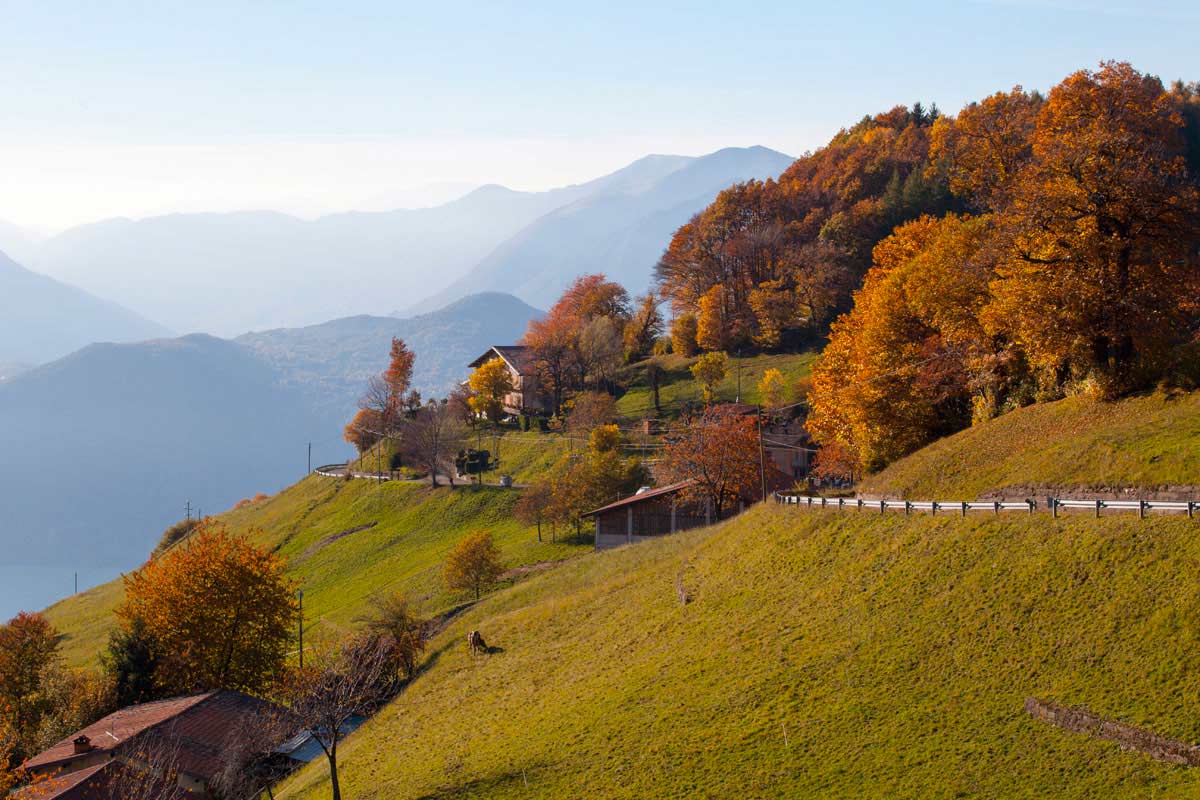 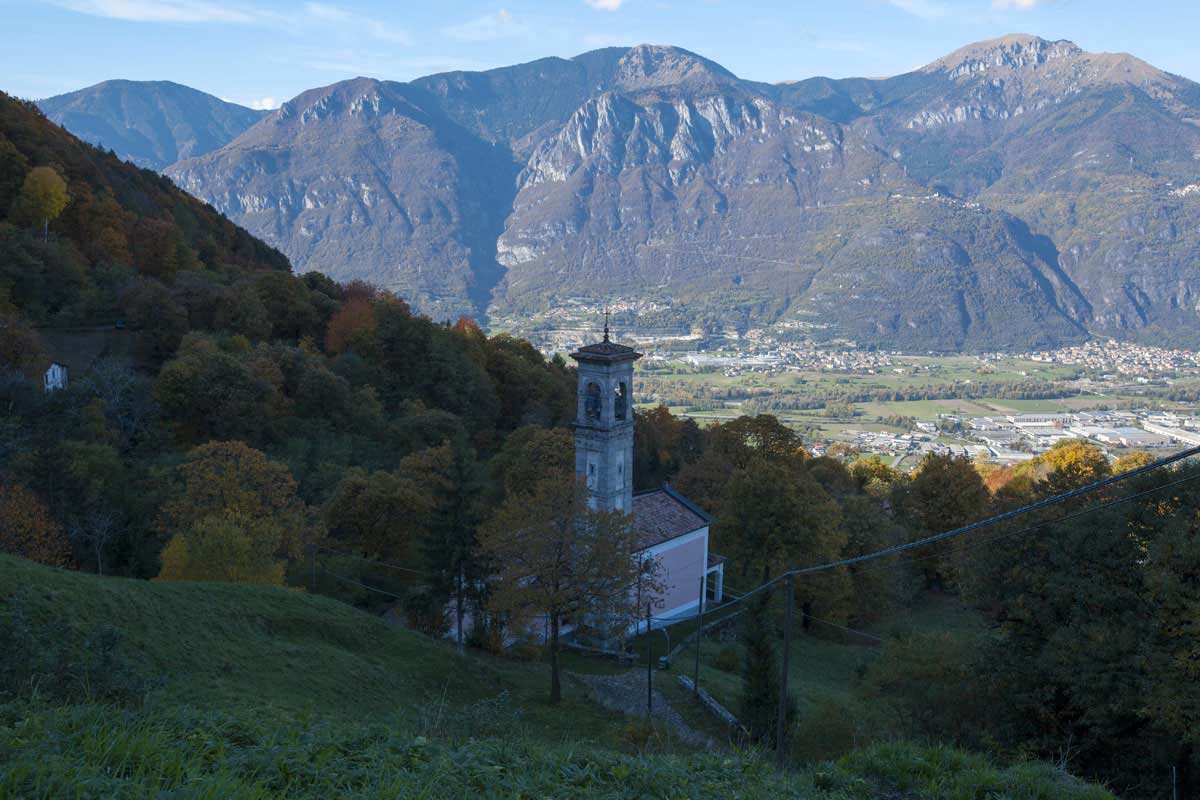 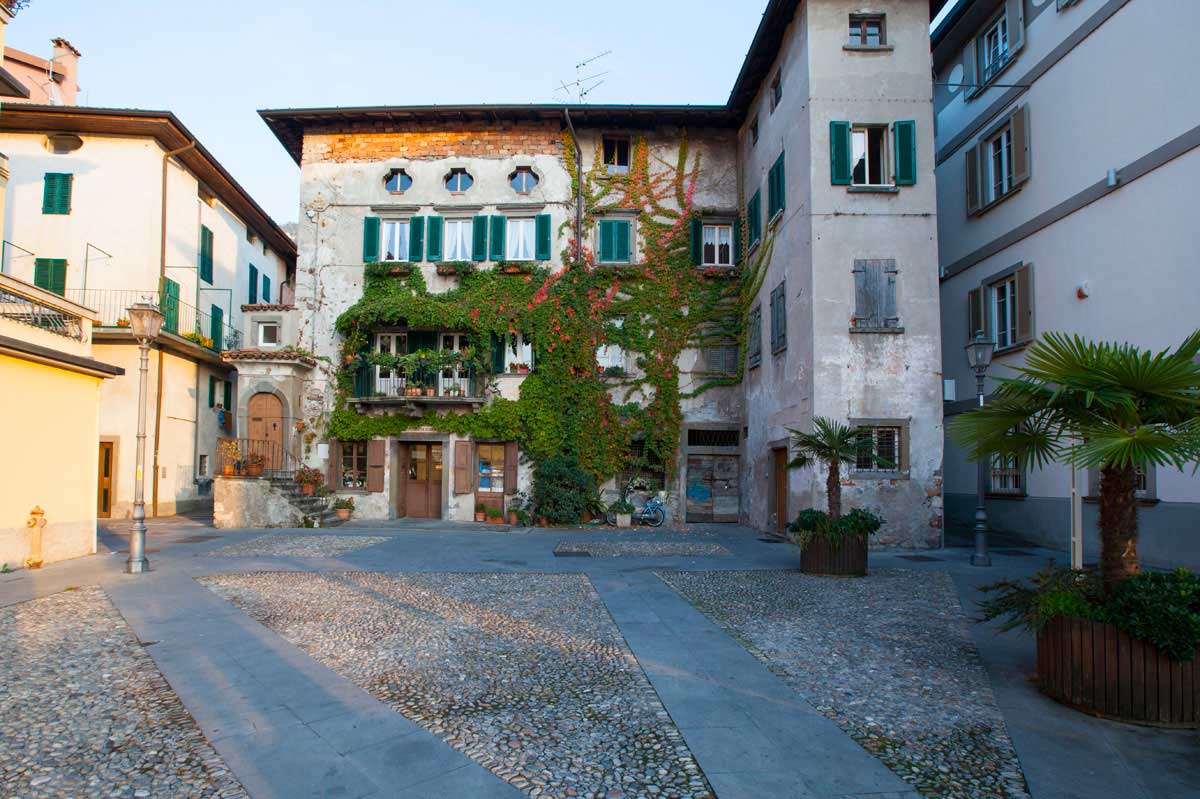 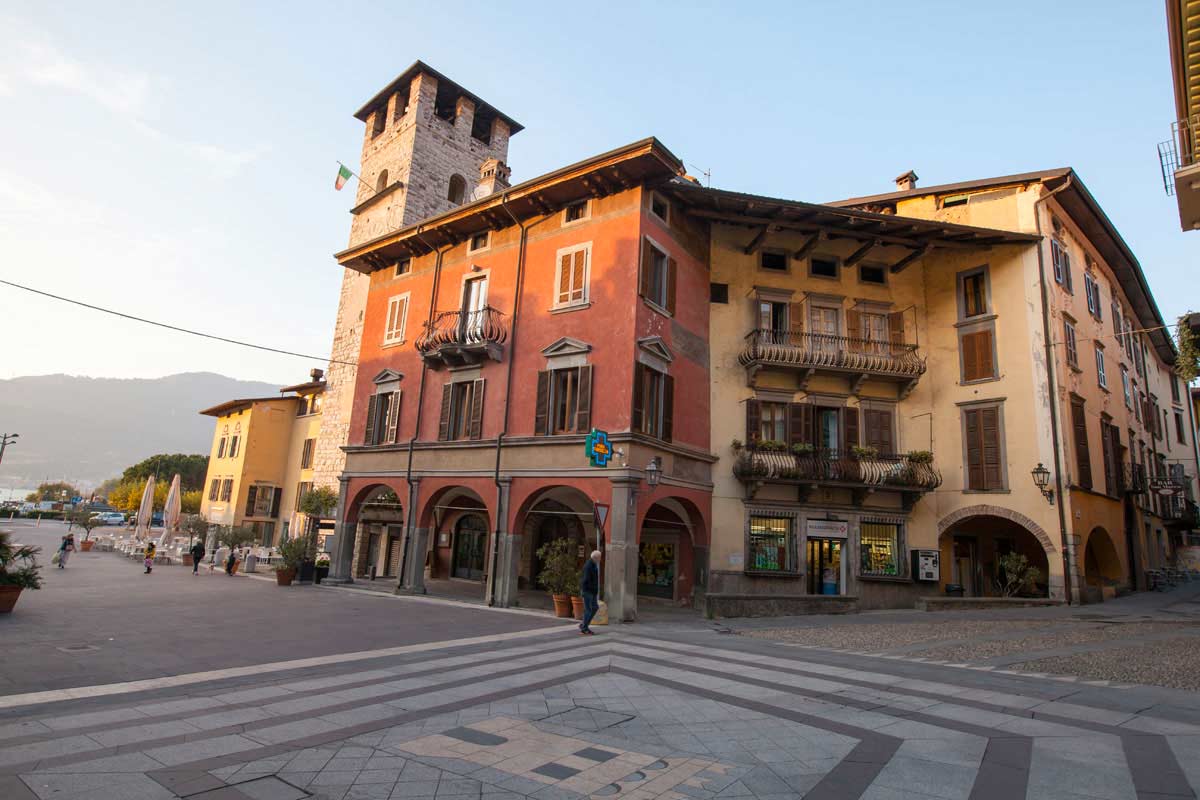 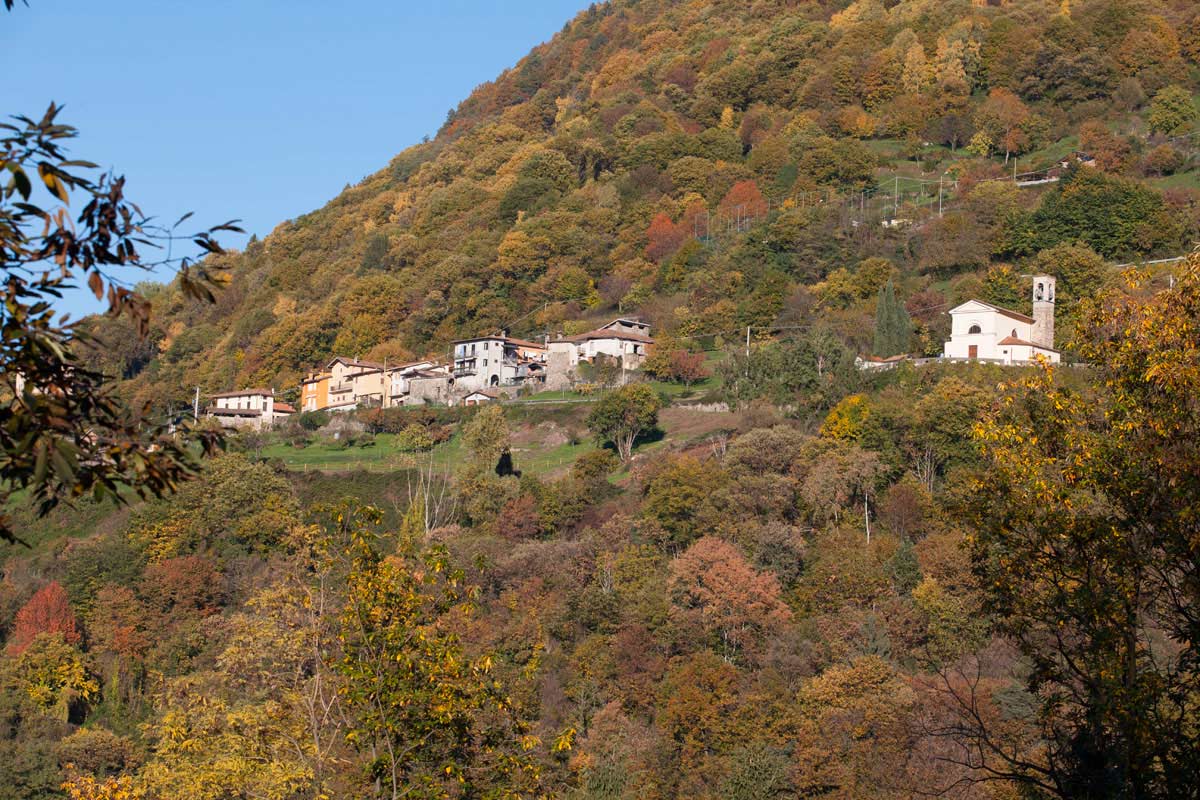 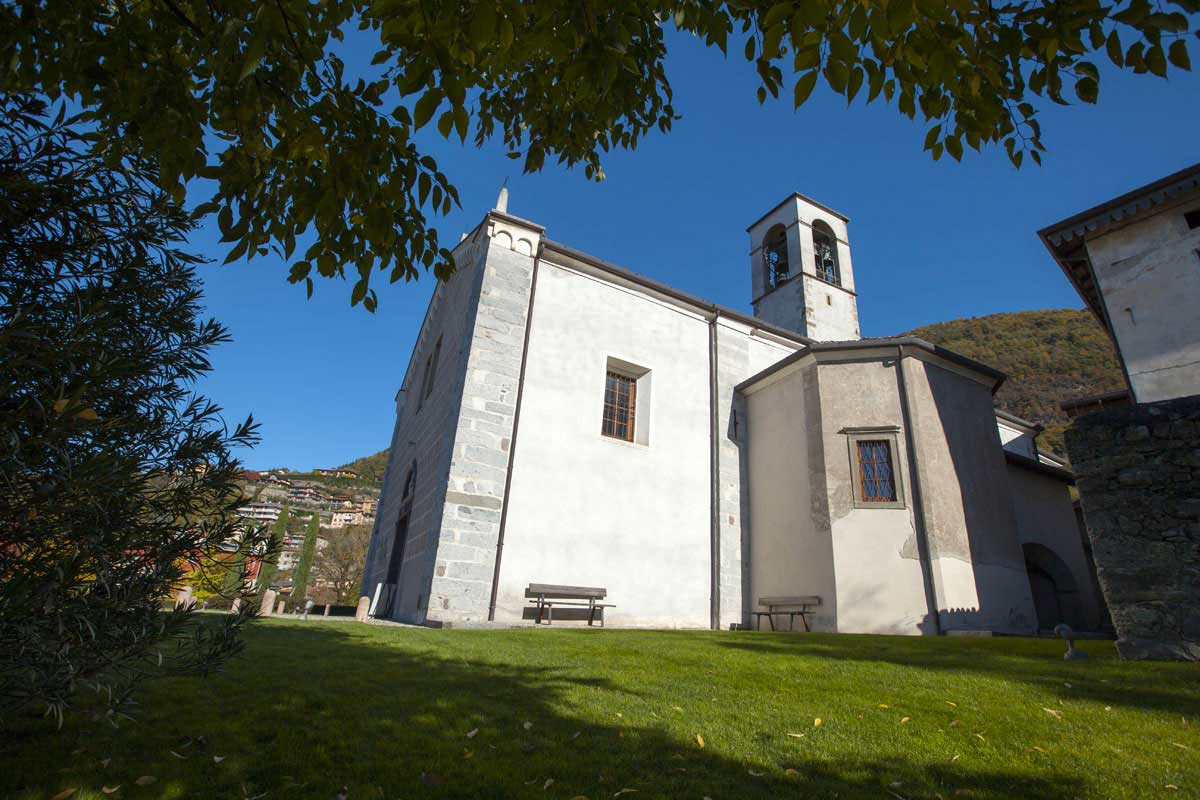 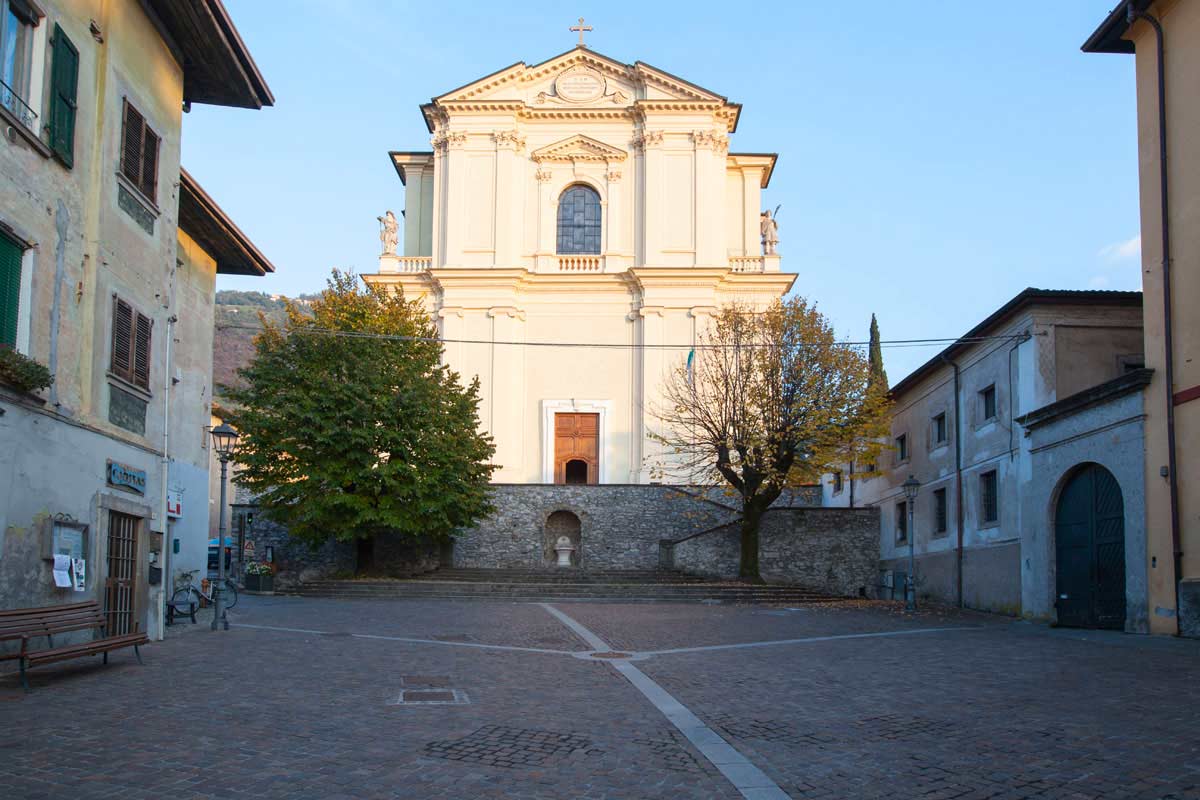 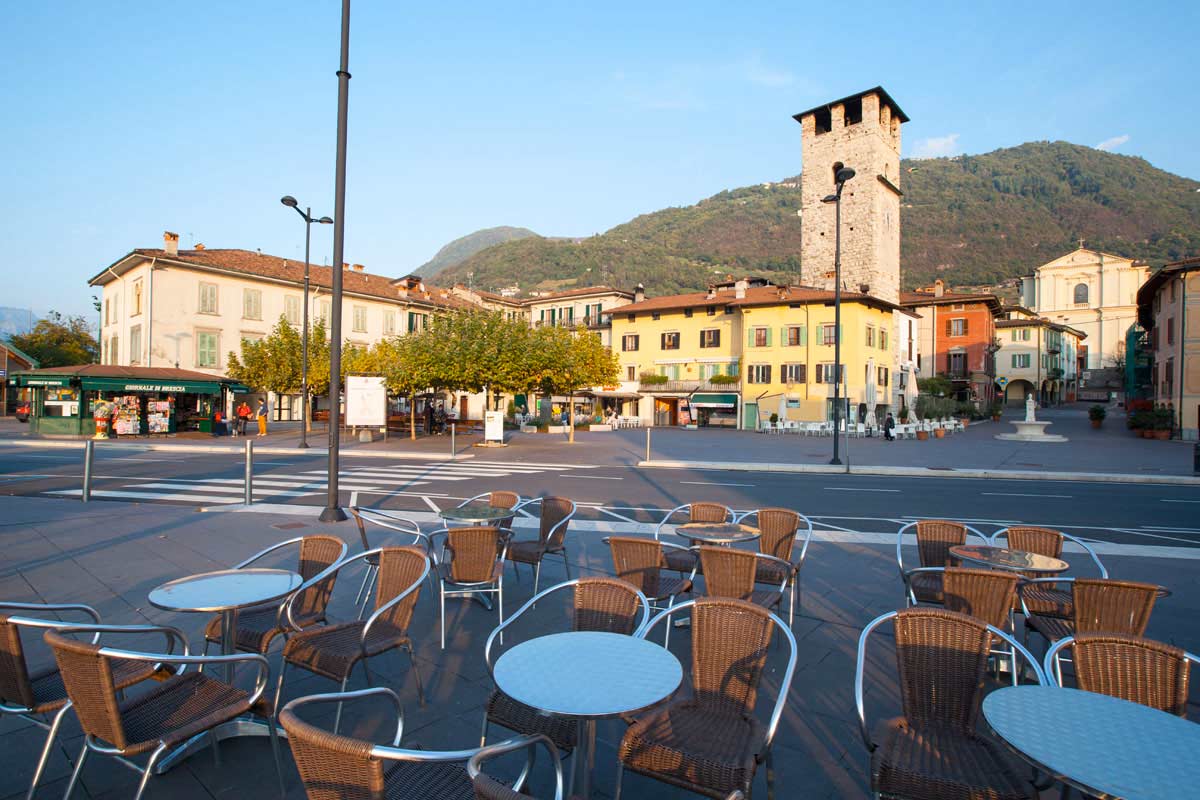 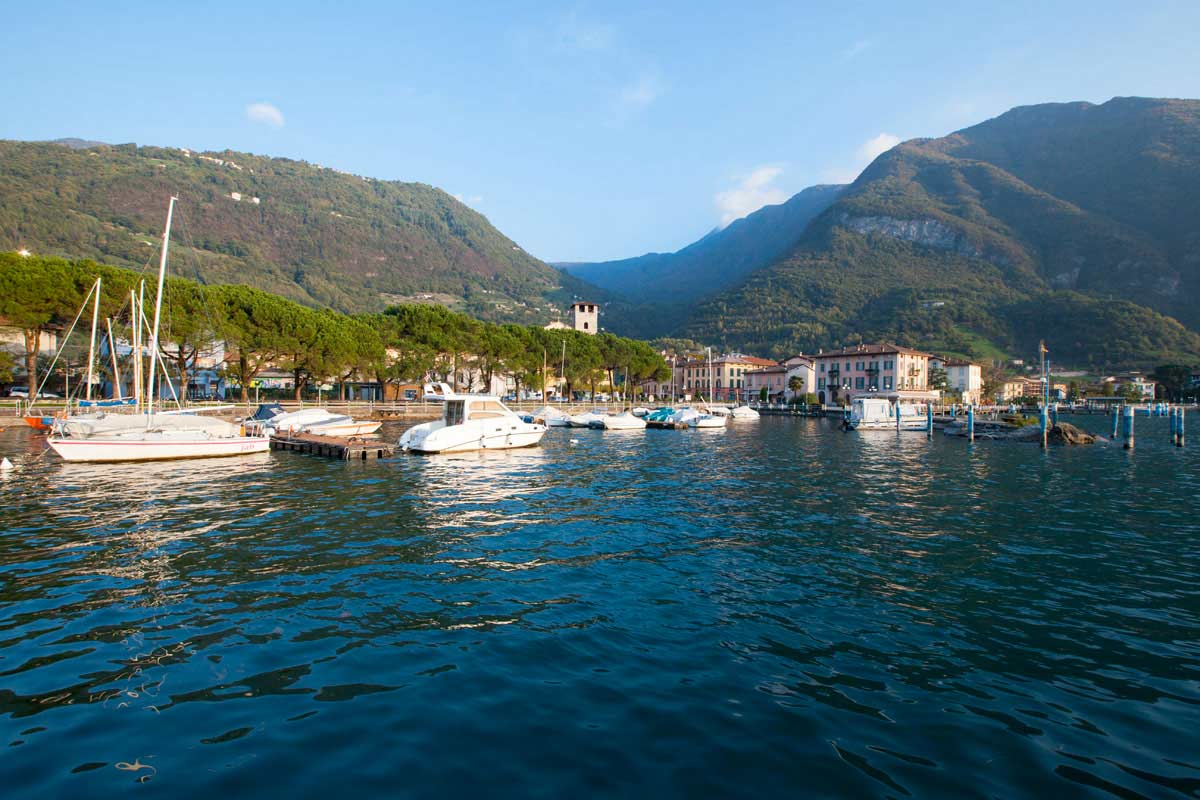 The last municipality north of the eastern shore, Pisogne is where lake and mountain meet. The characteristic historical centre, formed by narrow arcades and ancient pastel-coloured palaces, faces the lake, a place where taking a stroll is very pleasant.

SIGHTSEEING ATTRACTIONS
The heart of the town is the elegant Piazza Corna Pellegrini, surrounded by characteristic arcades and where the monumental Bishop’s Tower built in 1250 is located. A few steps away, on a raised position, is the parish church, dating back to 1769 and dedicated to Santa Maria Assunta.  Among the artistic treasures of Pisogne there is also the church of S. Maria in Silvis dating back to the seventh-eighth century, proof of the town’s ancient origins. Built again in the 15th century with the characteristic style of a rustic parish church, its interior is decorated with beautiful late 15th century frescoes by Giovanni Pietro da Cemmo and a Danza Macabra painted on the counter-façade.  One of Pisogne’s jewels is the church of Santa Maria della Neve or del Romanino, built in the 15th century, one of the most evocative examples of 16th century sacred painting. The series of frescoes dedicated to the Passion of Christ is the work of Girolamo Romani, known as Romanino, who worked on it between 1532 and 1534. Due to the beauty, brightness and intensity of the figures, it is often referred to as the “Sistine Chapel of the Poor”.

AN UNUSUAL VISIT
Mine Four Bones – Under the careful guidance of speleologists, even the less experienced can visit this natural spectacle. Inside you can see ancient galleries, dug with a pick-axe and a hammer, but also more recent surroundings, built with modern methods of extraction. Along the way there are stalactite and stalagmite chambers, copper oxides and manganese as well as hanging lakes making it look like a natural cave.

TOURS AND EXCURSIONS
By bike – For all two wheel lovers, a short distance from the historic centre, there are two bike paths that, although different, are both equally fascinating: the Oglio cycling path to the north, with destination il Tonale and the walking/cycling path Vello-Toline, southwards along the lake.
By foot – In Toline, you will find the path with the Via Ferrata “Toline-Trentapassi”, an entertaining training path with a sensational view (Walking time 3h – gradient 1000 m).
From the centre of Pisogne, among chestnut woods is the first stretch of the Ancient Valerian Road, a 25 km route, mostly panoramic along the eastern coast of the lake.
By car – 20 minutes away, the nearby Val Palot, with its beautiful forests, is the ideal place for an outdoor trip and the closest ski resort to the lake.
By train – Less than an hour’s journey, do not miss a visit to the Rock Engravings Park of Capo di Ponte, a UNESCO World Heritage Site.

NOT TO BE MISSED
Pisogne by boat – Regular trips connect Pisogne to the beautiful town of Lovere all year round, while in summer the Alto Lago Cruise is very appealing. The tour starts from Pisogne and, going through Lovere, reaches Castro, Riva di Solto, Marone and finally Carzano (Monte Isola). It takes place from March to September on weekends and public holidays.
Navigazione Lago d’Iseo

HOW TO GET THERE
By train – Pisogne is served by the regional line Brescia-Iseo-Edolo that connects Brescia to the Valle Camonica . The train station is a 5-minute walk from the centre and 3 minutes away from the pier. Info and timetable: Trenord
By bus – The Brescia-Iseo-Edolo line is also serviced by buses, but the railway line remains the most practical and frequent.  The main stop is in Corso Zanardelli.  Info and timetables FNM Autoservizi


Sport and nature in Pisogne

The lake is fit for swimming all over (for further information regarding bathing water quality, clic...

Corna Trentapassi is a marvellous balcony with a sheer drop over Lake Iseo. The western side falls a...

The Antica Strada Valeriana (Cai path 291), via the foothills of unspecified origin, was the only ro...

Trekking from Pisogne to Monte Guglielmo

From Pisogne you set off following the road to Grignaghe up to the locality Ronchi, just beyond the ...

This itinerary allows one to go along a stretch of the ancient Roman road Valeriana which rises to t...

After leaving the village northwards and going beyond the cemetery, the Ancient Road turns into an o...

The long descent from the fountain at the hairpin continues down to Pisogne. After a pair of rural b...

The Ancient Via Valeriana continues along the Camonica Valley. A wonderful path that crosses wood, h...

Church of San Lorenzo in Fraine

The church of Fraine, the most distant and elevated of the Pisogne districts, stands at the apex of...

Built in an elevated position in relation to the centre of Pisogne, the parish church – called...

The Church of Santa Maria della Neve, built in the late 15th Century, was situated outside the vil...

San Gregorio in Toline, located in a small churchyard, like a balcony on the lake, was originally a ...

The church of Madonnina is located in the small village of Govine, south of Pisogne. The building s...

The parish church of Gratacasolo, a hamlet north of Pisogne, dedicated to San Zeno, Bishop of Verona...

Church of Saints Peter and Paul in Siniga

Isolated between the fields and the woods on the outskirts of the charming rural village of Siniga (...

Walking along the paths in the Pisogne woods, one can encounter semi-finished and abandoned millston...

The Torre del vescovo (Bishop’s Tower) is a unique building on the horizon of the Val Camoni...

The small village of Sonvico is located at a fairly high altitude, on the road to Fraine, and is d...

The church of Santa Maria in Silvis is now on the edge of the village of Pisogne but, in the past, i...

Located at an altitude of 900 m, Grignaghe rises along the ancient road to Val Trompia (Trompia vall...

The village centre of Pisogne owes its development mainly to an important market, centred in the mai...

Activity open from June 20th, 2020 A beautiful campsite directly on the lake with a gently sloping ...

Villa Mary is located directly on the lakeside promenade of Pisogne, on the ground floor, with priva...

Activity open from May 18th, 2020 Apartment located in the tranquil historic centre of Pisogne, with...

Ronco Frati is an apartment in a bright attic with a large balcony, garden and a swimming pool. It i...

The house is located on the shores of Lake Iseo, in the old Medieval town Pisogne. It is a nice two-...

The house is surrounded by greenery, both of the condominium and private, in a strategic point to ge...

Il Dosso della Regina is a ground floor apartment with a garden porch and a swimming pool. It is loc...

This property is a 3-minute walk from the beach. Located 400 meters from the center and the train st...

Activity open from May 18th, 2020 Bright studio with balcony , on the second floor with elevator. He...

Located in Grignaghe, a hamlet of Pisogne, at 950 meters above sea level, three newly built apartmen...

The BB has two rooms: Rododendro and Castagno. The airport is 60 minutes away by car and Milan is 1 ...

The Romangelo holiday farmhouse, embraced by the mountains and facing onto Lake Iseo, is a corner of...

Delightful apartment located on the first floor with garden. It has a kitchen (complete with oven, m...

The hotel was completely renovated and is the ideal place for your summer and winter holidays. It is...

Activity open This four-star hotel has 15 rooms of different types, all furnished and equipped with ...

Where to eat in Pisogne

List of restaurants, pizzerias and trattorias in Pisogne, where it is possible tasting delicious loc...