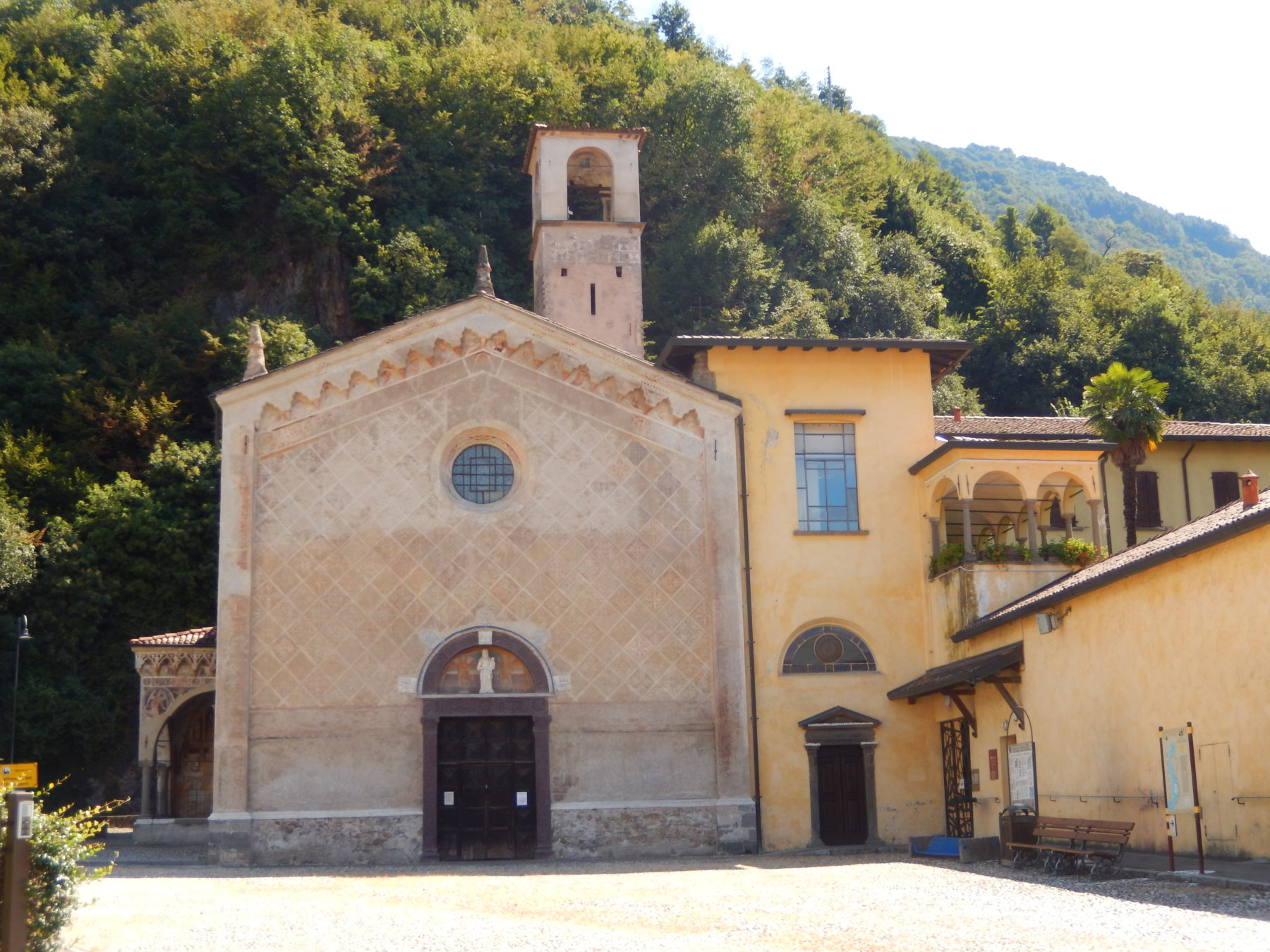 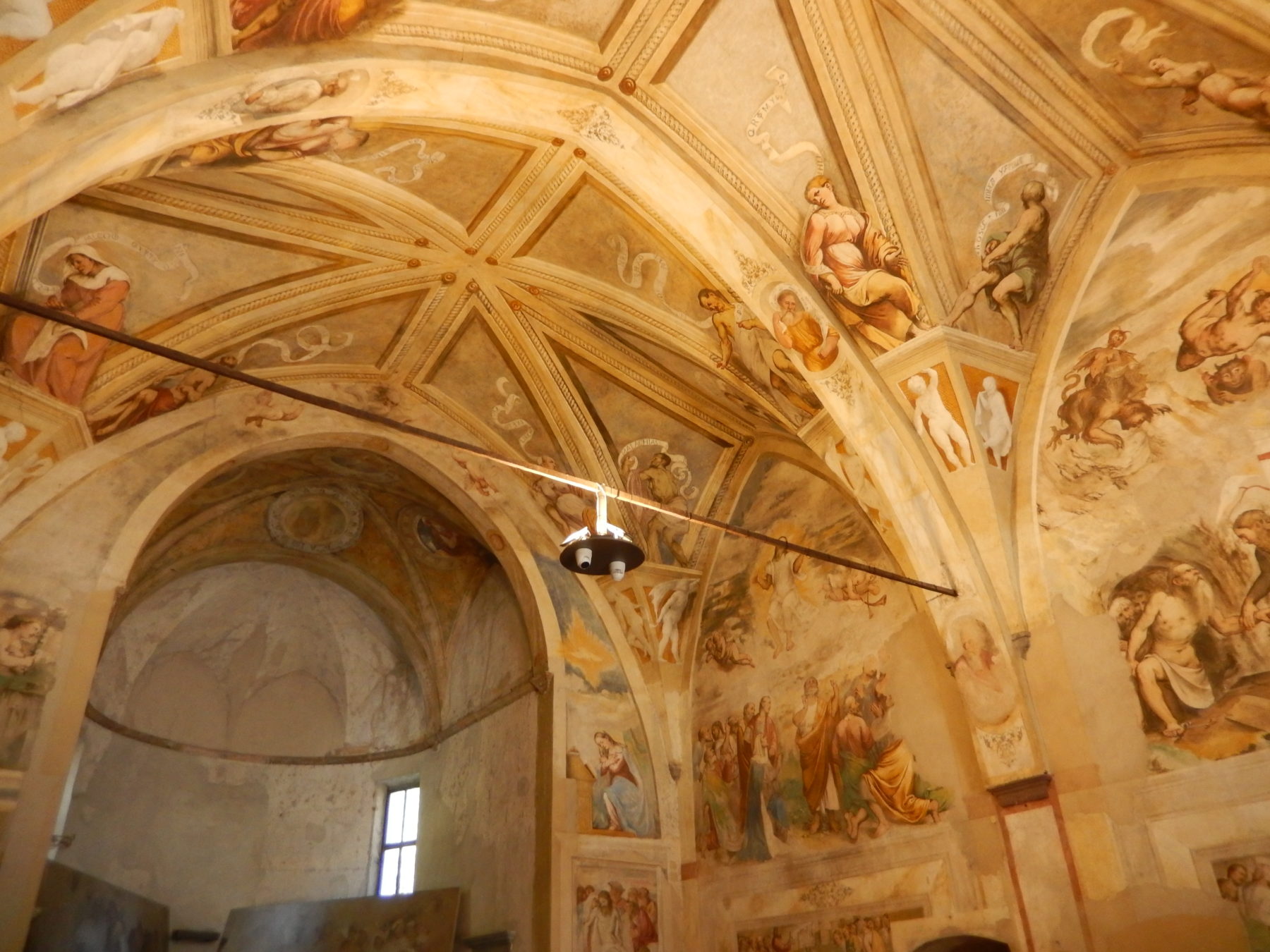 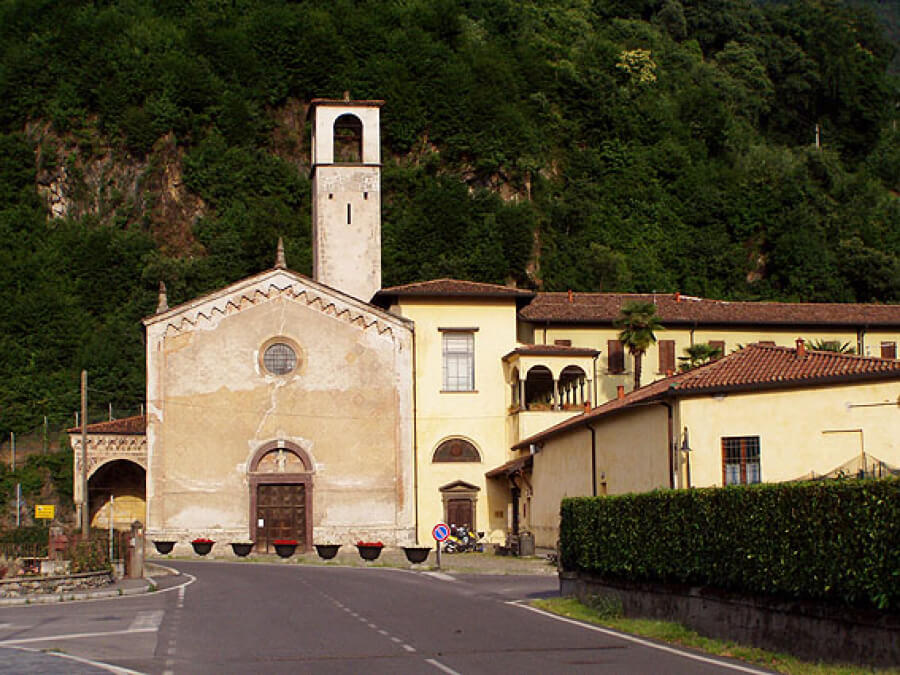 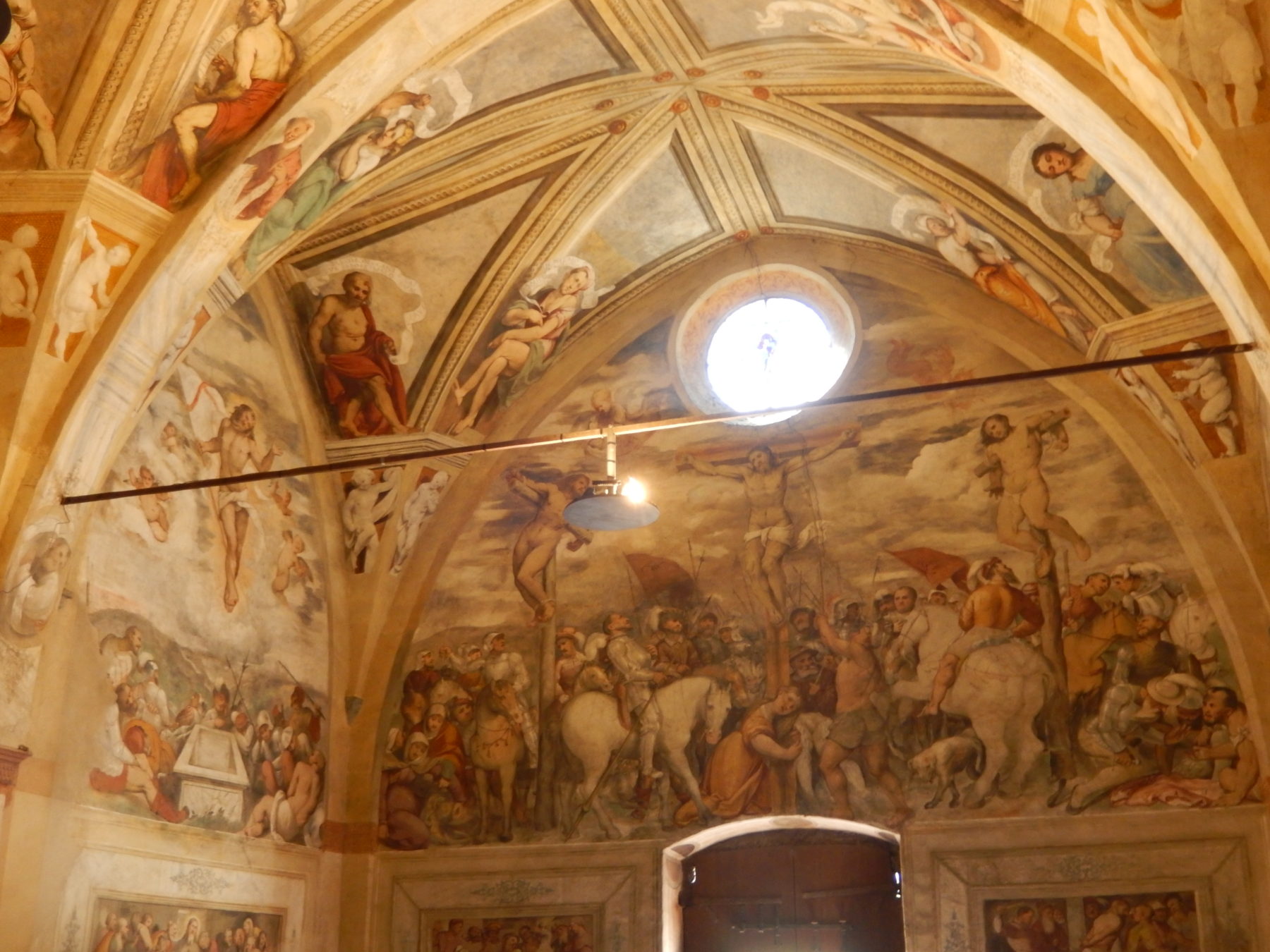 
The Church of Santa Maria della Neve, built in the late 15th Century, was situated outside the village centre at the junction of two main road and commercial connections, the “Valleriana” road leading to the Alpine passes and the road that led to the mines and to Val Trompia (Trompia valley). The location was a busy transit point and the building a popular Marian shrine. This is why it was totally restored in the early Thirties of the 16th Century: two porticos were added to the central structure to shelter and welcome pilgrims, and an end chapel was added to the southern portico. Three big Gothic windows were closed to obtain continuous surfaces suitable for the new adornments.

These interventions date back to the news of a credit contracted in 1534 between Girolamo Romanino and representatives of the Pisogne Vicinia, a lay body who looked after the civic church. The construction site and paintings also date back to this time: a significant undertaking both in terms of the theme and the size of the adornment involving the entire building.

Outside the church to the North, to the left of the façade, you can still see traces of the portico pulled down around 1830 and remains of the plaster on which Romanino had painted a large Adoration of the Magi. Two sections of the scene known as The Procession of the Magi and The Procession of the Kings, torn off in 1880, are displayed in the sanctuary. The southern portico, to the right, closed in the 16th Century, has acted as a private chapel since then. The few surviving remains of the interventions of Romanino, the remains of a cycle focusing on the theme of martyrdom, can be found in an area near the belfry, once a sacellum. The fragments of a Christ at the Column and traces of a faux marble adornment remain on site, while some detached fragments of a fresco are kept in the Town Hall.

The totally painted single-nave fully renders the sense of the complete restoration of the church carried out by Vicinia of Pisogne. Only the choir has been excluded from the Romanino intervention. Here fragments of sinopie dating back to the late 15th Century depicting stories relating to the Marian devotion to the church have come to light.

The interior is punctuated by transverse arches dividing the space crossways into three bays covered  by the painted story that continues on the back wall, the sanctuary arch and vault divided into rib vaults by an illusionistic frame. As you enter, you are immersed into a complex itinerary dedicated to meditation and prayer on the single “mysteries” of Christ. In particular, thoughts on the Incarnation and Passion of Christ are anticipated in the vault from which figures of Prophets and Sibyls with scrolls partially written in Latin and partially in incomprehensible characters protude. Black and white Cherubs in the squinches and other Prophets on ribs marking the bays complete the adornment.

This story illustrates the salient episodes of the story of Christ: the Crucifixion on the inside façade, the Agony in the Garden, the Ecce homo, the Way to Calvary on the northern wall, the Resurrection, the Descent into Hell and the Ascension on the southern wall. Alongside to these wide scenes occupying the entire area delimited by pointed arches there are also some episodes, smaller in size, enclosed in rectangular frames: from the North, The Feast in the House of Simon and Christ before Pontius Pilates; in line with the Crucifixion, the Flagellation and the Crowning with Thorns; on the southern wall, the Entry into Jerusalem, the Christ Washing the Feet of his Disciples and the Last Supper. High and low scenes are linked by a mutual relationship. In fact, the episodes of sacred history are not arranged in chronological order, but according to a system of correspondence between the bigger and the smaller paintings and a mixture of the scenes illustrated in the individual bays.

The paintings of Pisogne are the starting point of a new expressive season for Romanino, marked by his use of distorted anatomical shapes, sketched traits and touches of saturated colour. We are before quick and scornful art in line with one of the most avant-garde cultural approaches of the Thirties of the 16th Century.