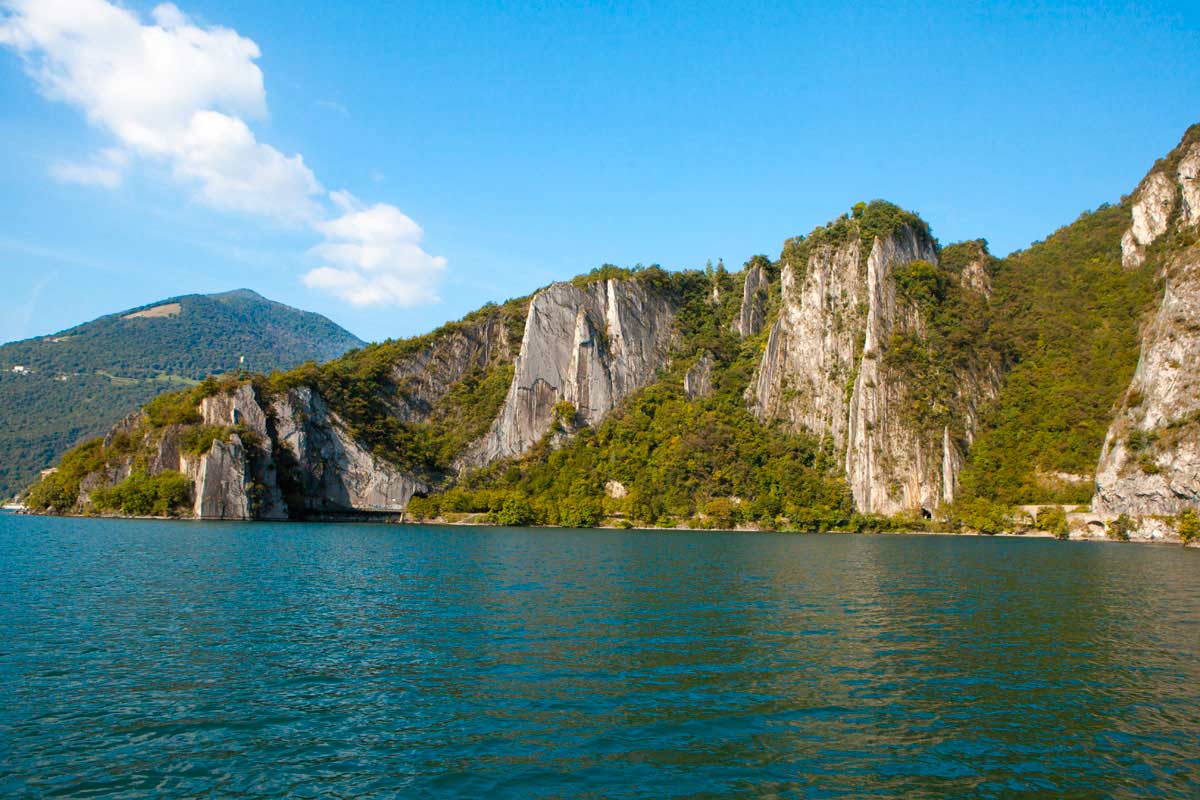 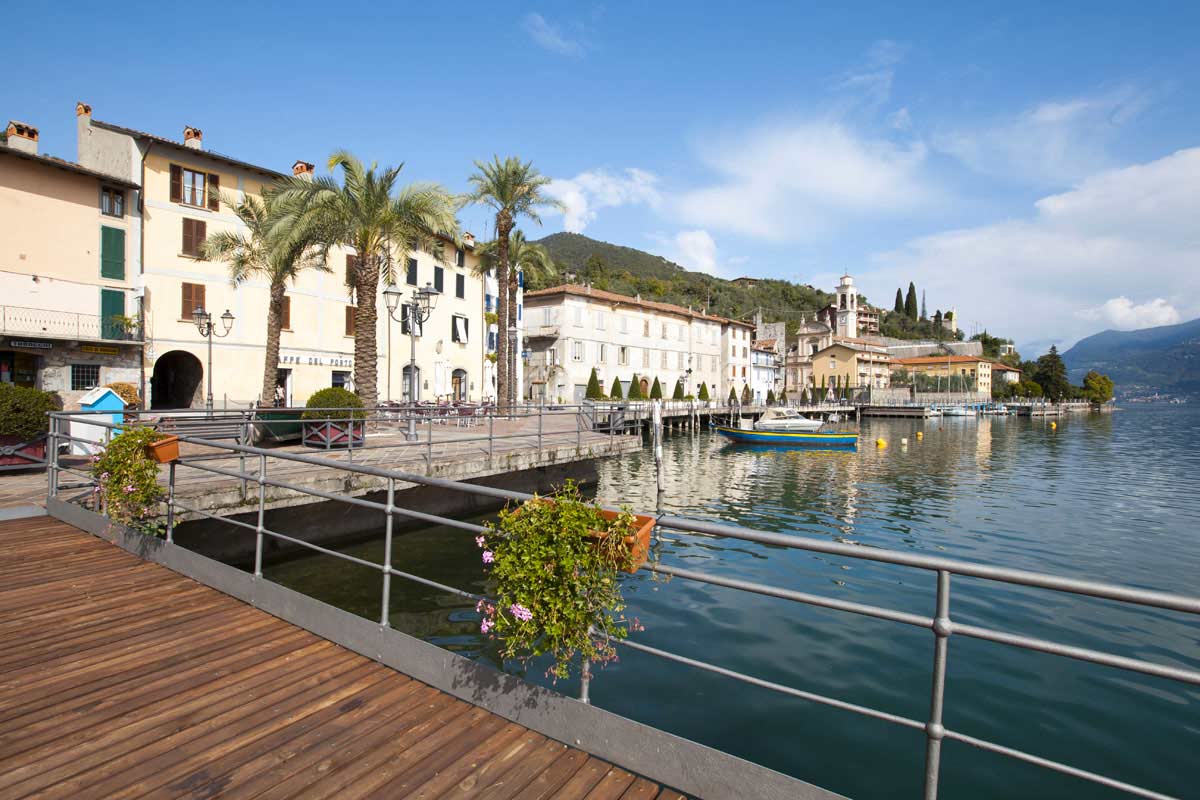 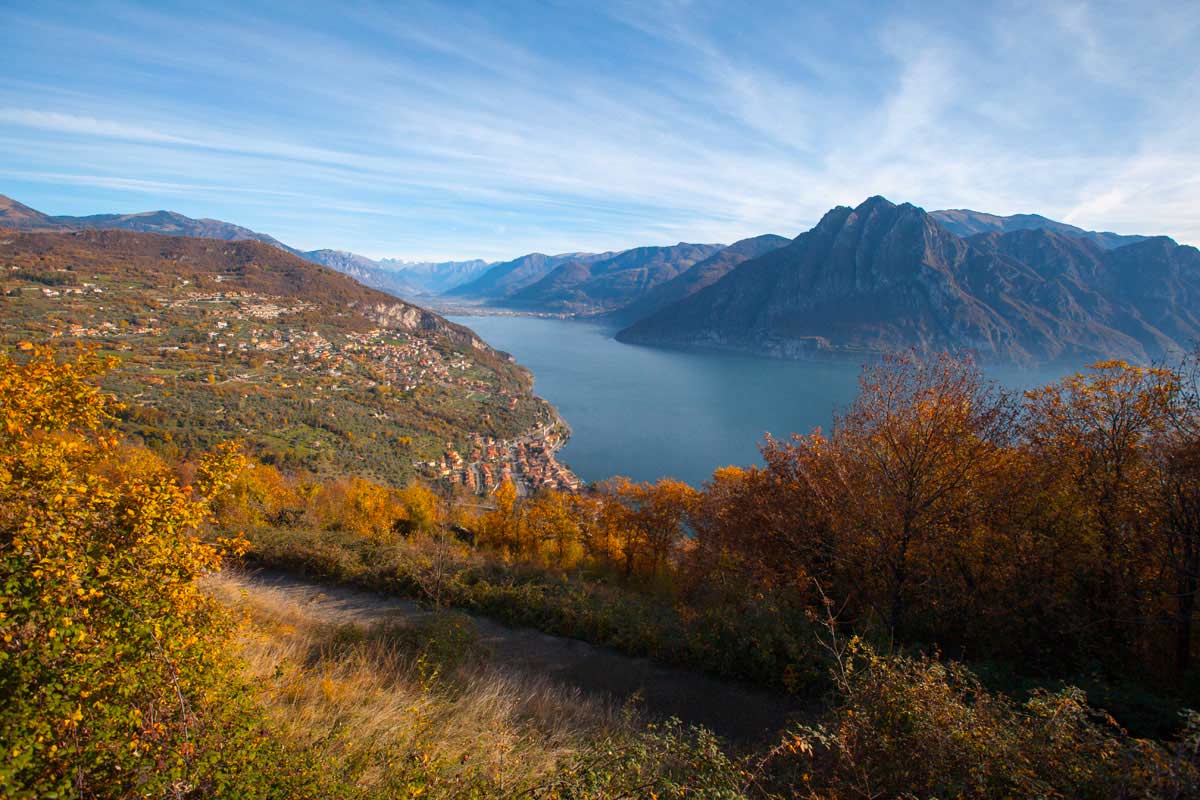 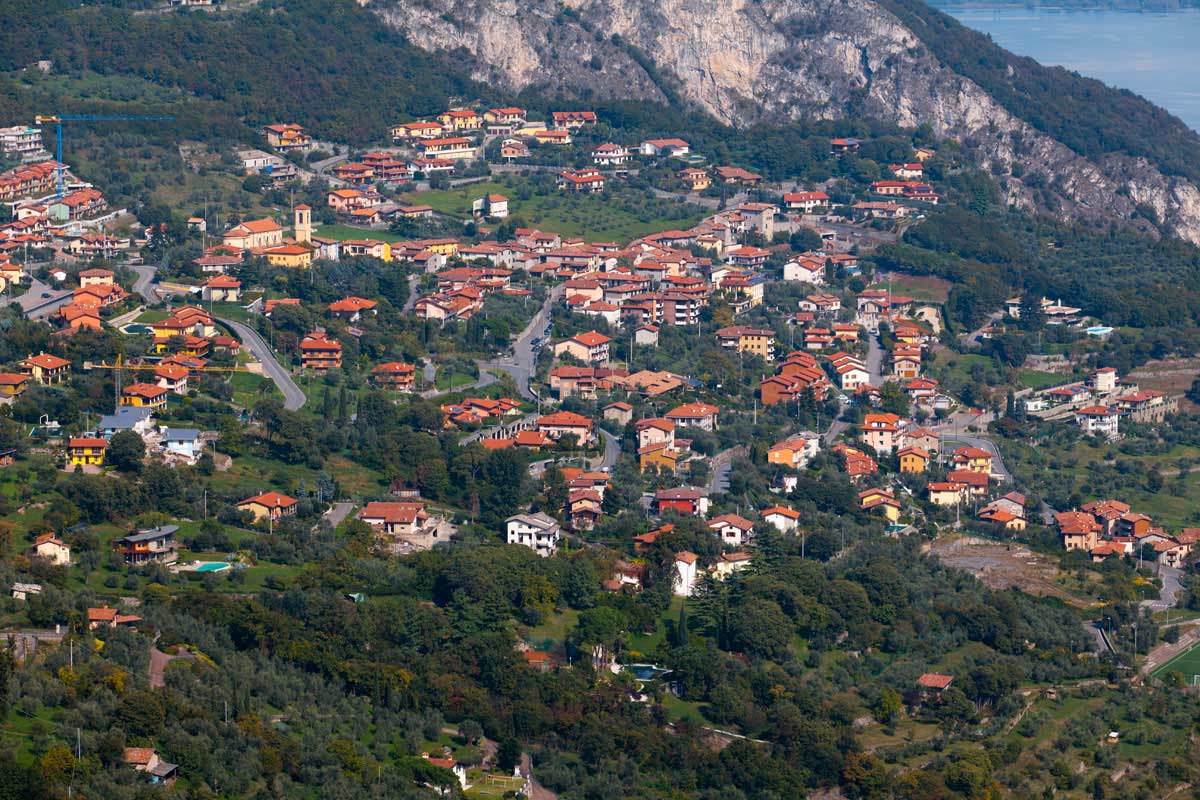 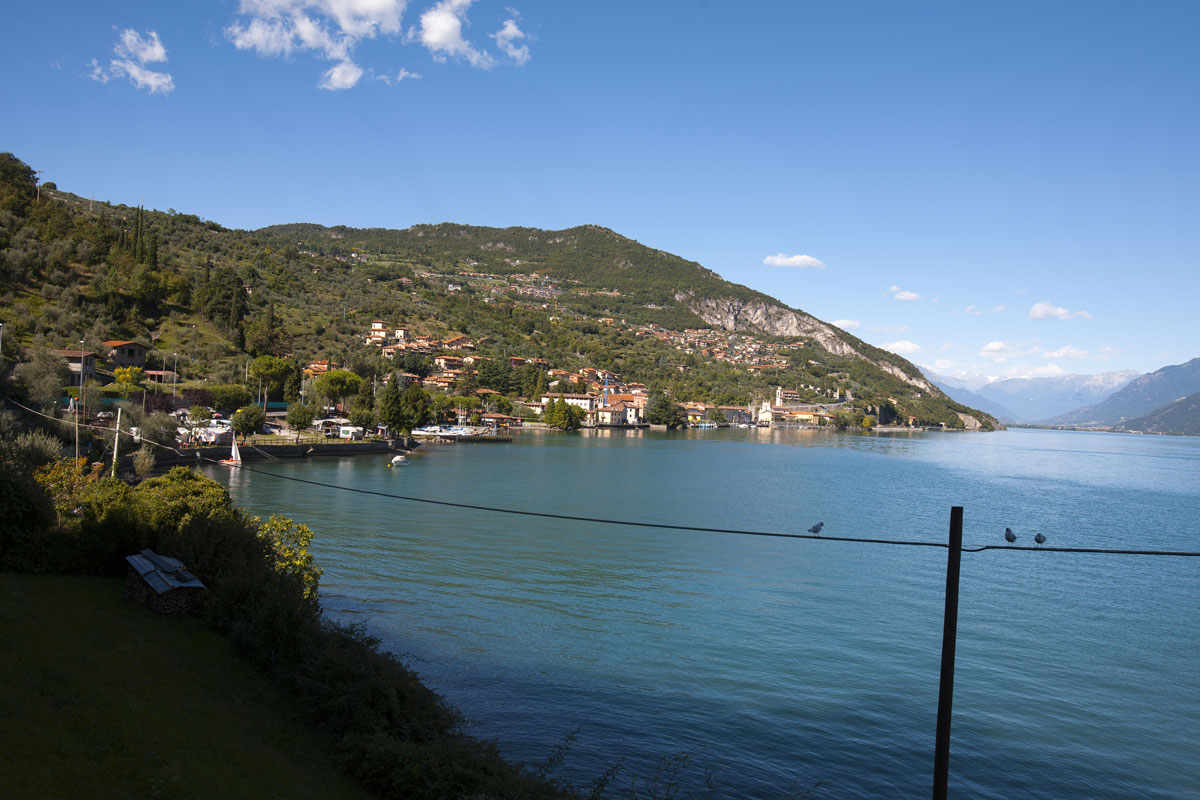 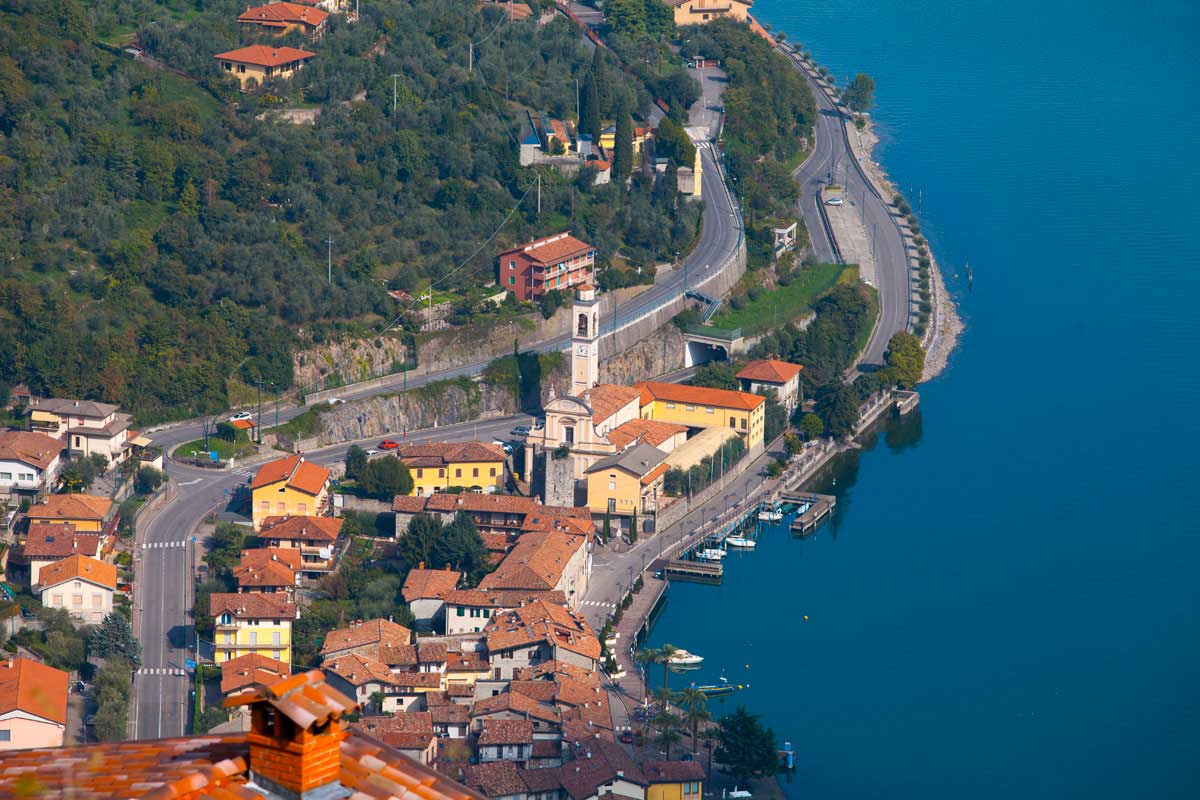 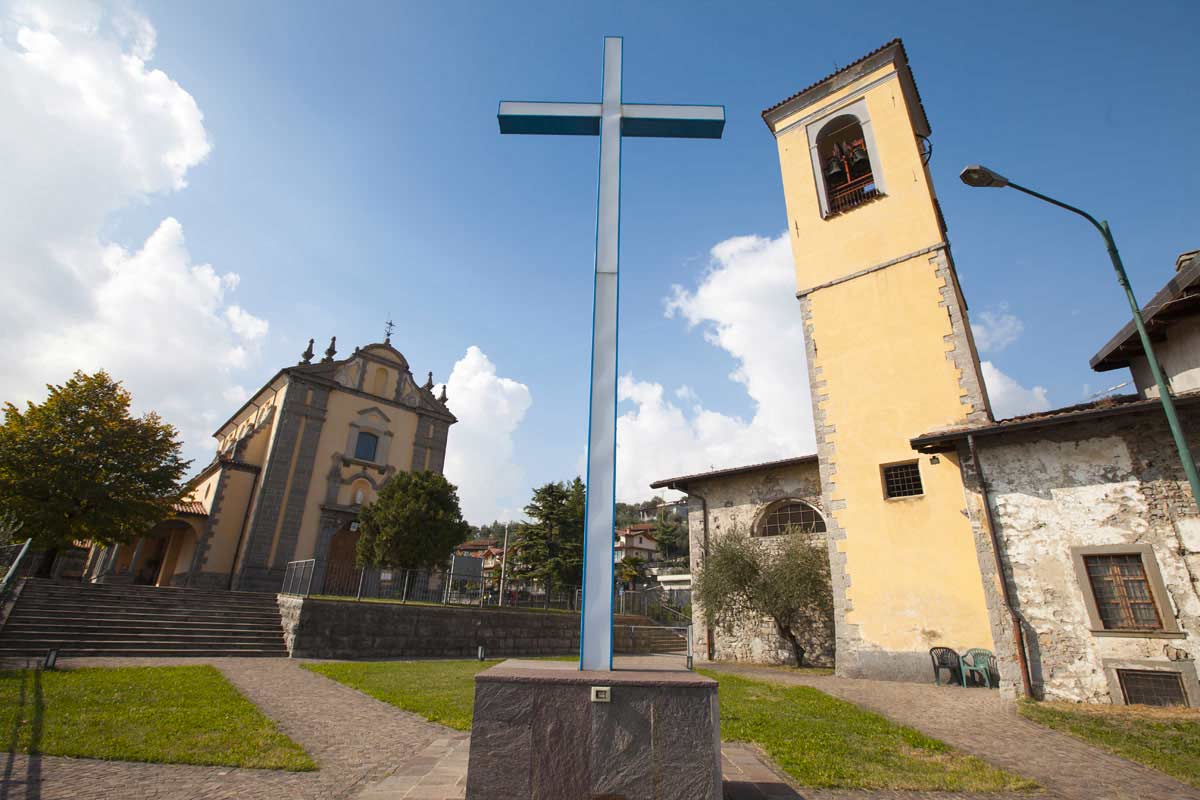 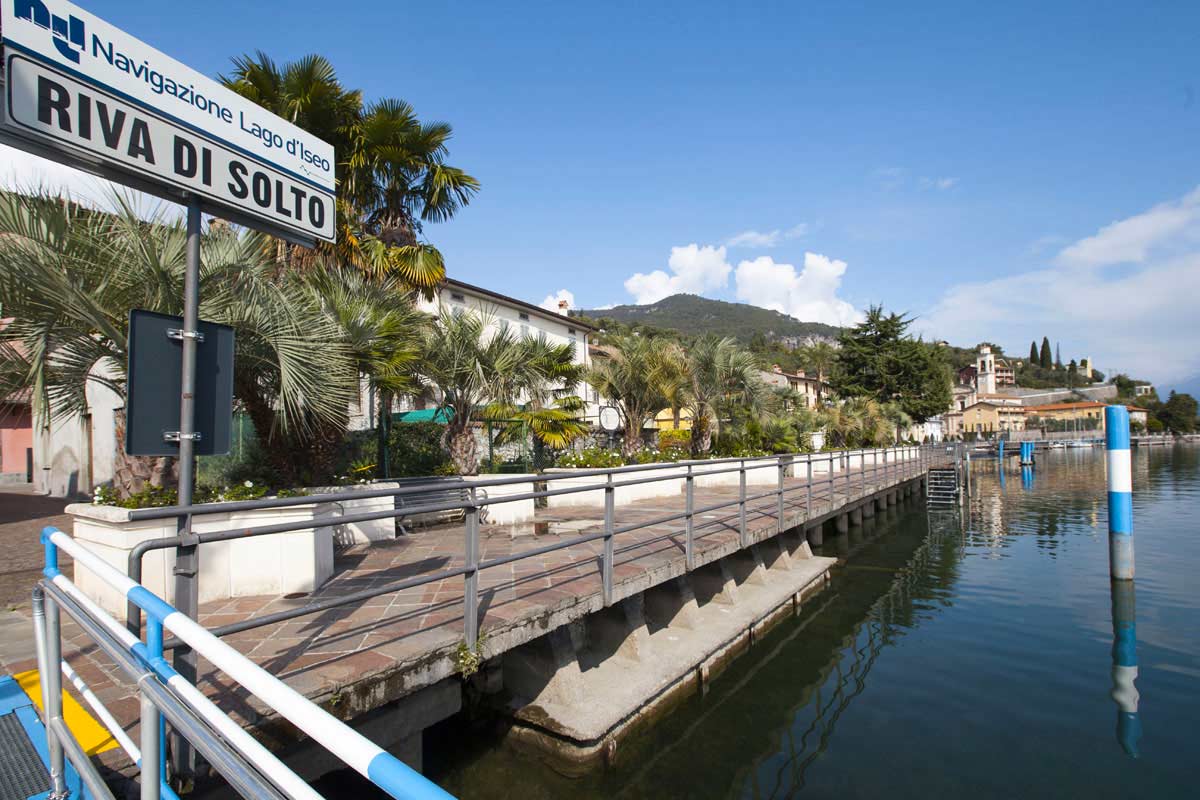 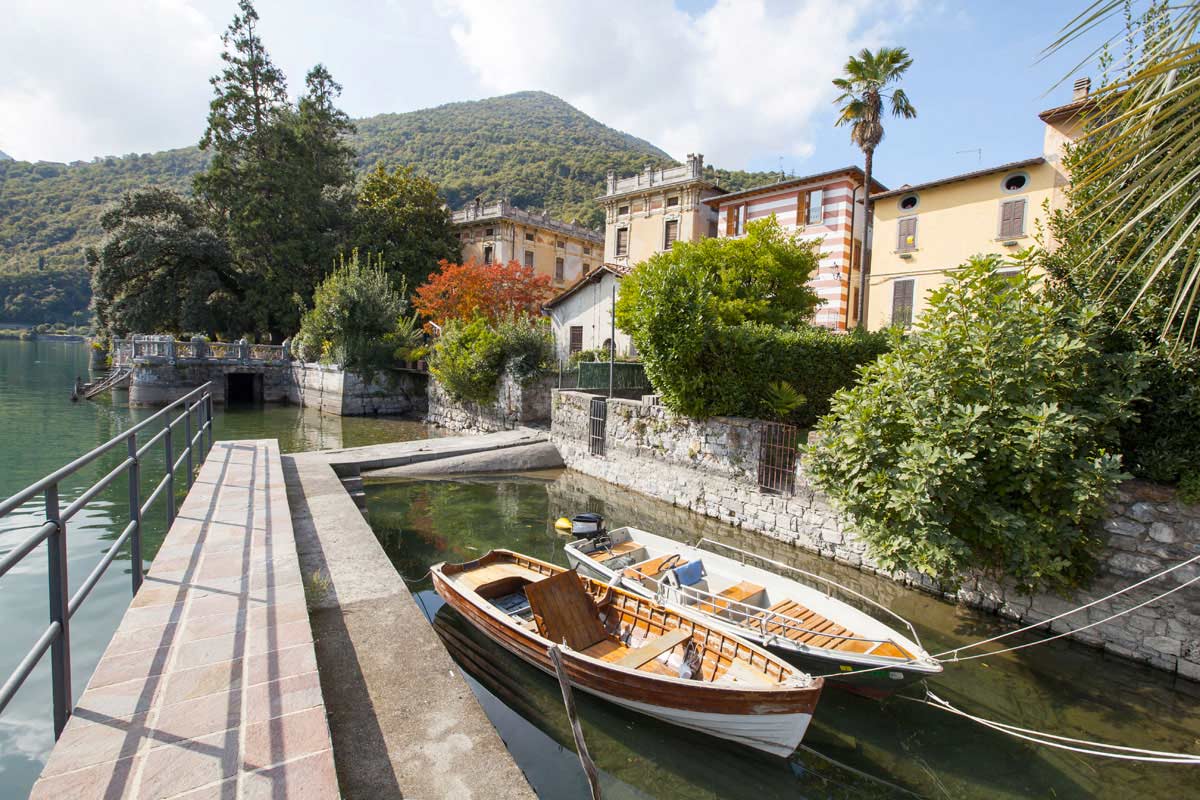 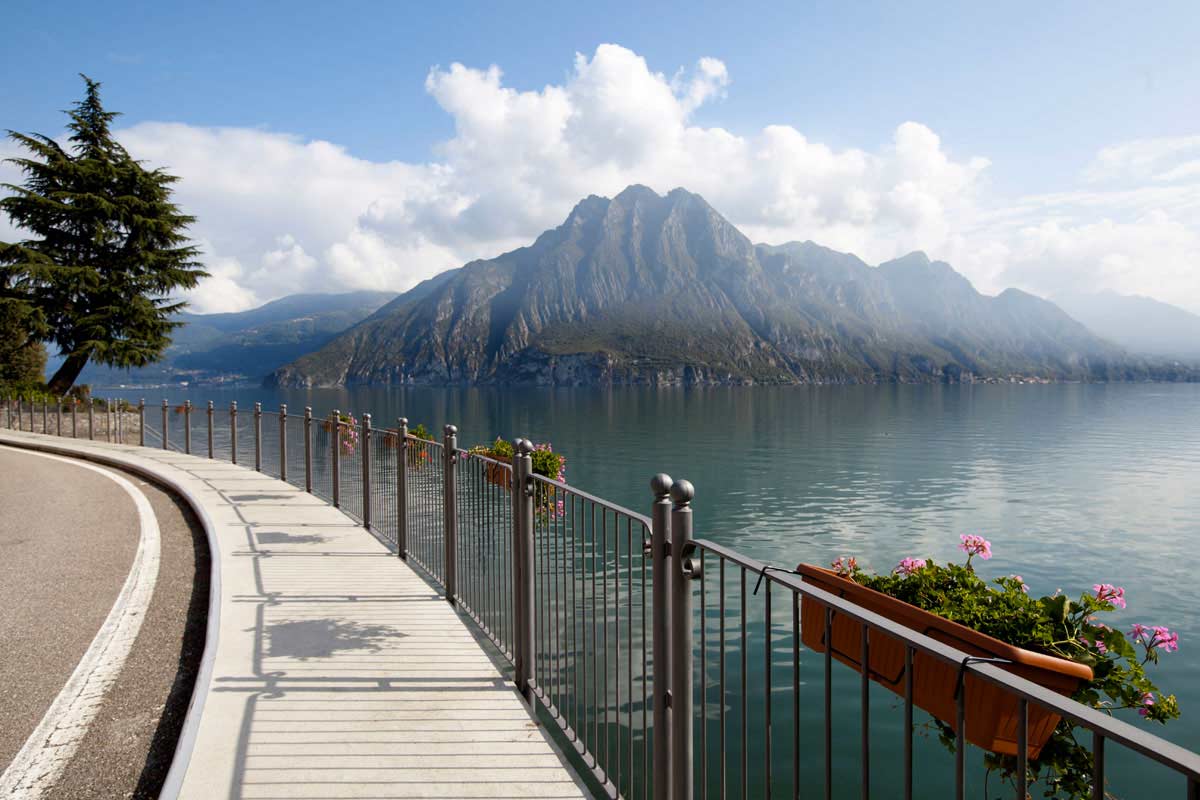 Riva di Solto is peace, beauty and romance. The small medieval hamlet, with its ancient palaces, secular gardens and its evocative lakeside promenade, is fascinating for its elegance of the past. In short… a jewel not to be missed.

SIGHTSEEING ATTRACTIONS
Riva di Solto has several religious buildings of considerable artistic and cultural interest: the pieve of San Nicola, a parish church dating back to the first half of the 16th century and renovated between the 18th and 19th centuries; the small church of San Rocco, first mentioned in 1526; the church of San Bernardino, built in 1482, with rich frescoes now preserved in the larger parish church; the small church of S. Cassiano in Gargarino, presumably built around the tenth century, is the oldest church on the hill, where it is possible to admire wonderful frescoes of the ‘300 and ‘400. In a strategic position near the lake there is a tower, once part of a small fortified nucleus built mid-13th century: a portion of the boundary wall of the fortress over 20 m long is still standing (on the east side of via Torre).

NOT TO BE MISSED
L’orrido del Bogn – This is a bay of breathtaking beauty which represents one of the most attractive naturalistic surprises of Lake Iseo, with sheer rocks and crystal clear waters washing the shore of a small beach of pebbles. It is reachable from the village of Riva di Solto walking towards Lovere along the recently built suggestive promenade.
From the Bogn also leaves the littoral road sheer to the lake, entirely carved into the rock and accessible by car towards the village of Castro, which offers spectacular panoramic views and landscapes.
Panchina Gigante – The “Big Bench” of Fonteno and Riva di Solto is a giant green and blue bench, blue as the lake and green as the mountains. It is located in a strategic spot in Dor by Riva di Solto, and offers breathtaking views of the lake and the Corna Trentapassi.
Panoramic trail “Natura del Sebino” – From Riva di Solto leaves a 17 km long circular trail that crosses Fonteno and Solto Collina following paths and dirt roads, before returning to the starting point. The itinerary can be covered in 4/5 hours. Gradient: 411 m.

Trekking to discover the Bogn

This is a relatively short ring route, but quite challenging due to the steepness of the terrain. Th...

At Riva di Solto, a few meters away from the “Trentapassi” campsite, along the Provincia...

Wonderful itinerary for MTB with panoramic views of Lake Iseo. After parking in Riva di Solto, a few...

The origins of the church of San Nicola (St. Nicholas) in Riva di Solto are poorly documented: origi...

The oratori of San Rocco (St. Roch) is found on the road south of the centre of Riva. The building, ...

Upstream of the small hillside village of Zorzino, the limpid late 15th Century volumes of the smal...

Church of San Cassiano in Gargarino

The church stands on the outskirts of the inhabited area, halfway between Riva and Zorzino, along th...

The harbour of Riva di Solto on Lake Iseo has very ancient origins: the village, which still retains...

Riva di Solto, along the western shore of Lake Iseo, is one of the medieval villages that has best r...

The village of Riva di Solto retains many medieval buildings, both civil and fortified. There are fo...

The house is located in one of the most beautiful complexes of the lake, in the center of which ther...

The Daniela apartment is located in a delightful recently renovated residence. Facing the lake, a st...

La casa del cedro is a bright apartment equipped with two bed rooms, a living room, a kitchen and a ...

A must for peace and tranquillity lovers, enhanced by the cordiality with which our guests are welco...

Refined and elegant apartment, with attention to every detail, allows you to rediscover the pleasure...

Casa Anita is located in Riva di Solto, The apartment is located a few steps from the center, in a p...

Independent villa surrounded by a large private garden located on the hills of Riva di Solto, a ston...

Extremely pretty villa in a privileged position. Vacanza Romantica, the name of the structure alread...

The location of the apartment is ideal for capturing the warmth of the sun and admiring the breathta...

Activity closed for the season 2020   Apartment of 55 sqm.,situated in a period property,with a...

The apartment is on the hill of Riva di Solto – Zorzino village, is the ideal holiday accommod...

In Gargarino, on the rolling hills of Riva di Solto, in a two-storey family house there are two apar...

Lavanda Apartment is located in a quiet and panoramic position in Riva di Solto, amazing village on ...

“Le Viaggiatrici” is a comfortable apartment in Zorzino, on the second floor of a privat...

To make our guest stay very pleasant, we offer quite rooms with panoramic view on the lake, bar and ...

“A castle on the lake” located on the edge of the small village of Zorzino where tranqui...

Camping Trenta Passi (***) is located in a beautiful spot right on the shore of Lake Iseo, with two ...

Where to eat in Riva di Solto

In a privileged position, with a large terrace on the shore of a wonderful corner of Lake Iseo, the ...

List of restaurants, pizzerias and trattorias in Riva di Solto, where it is possible tasting delicio...