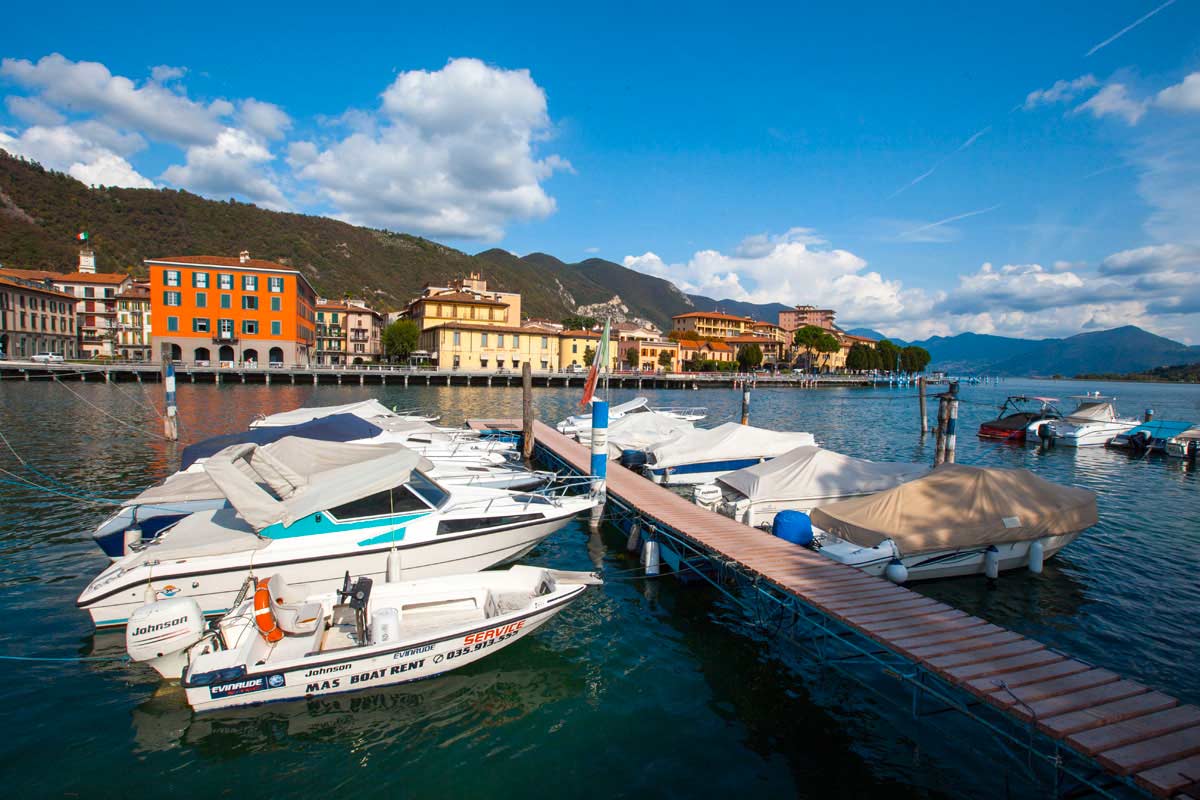 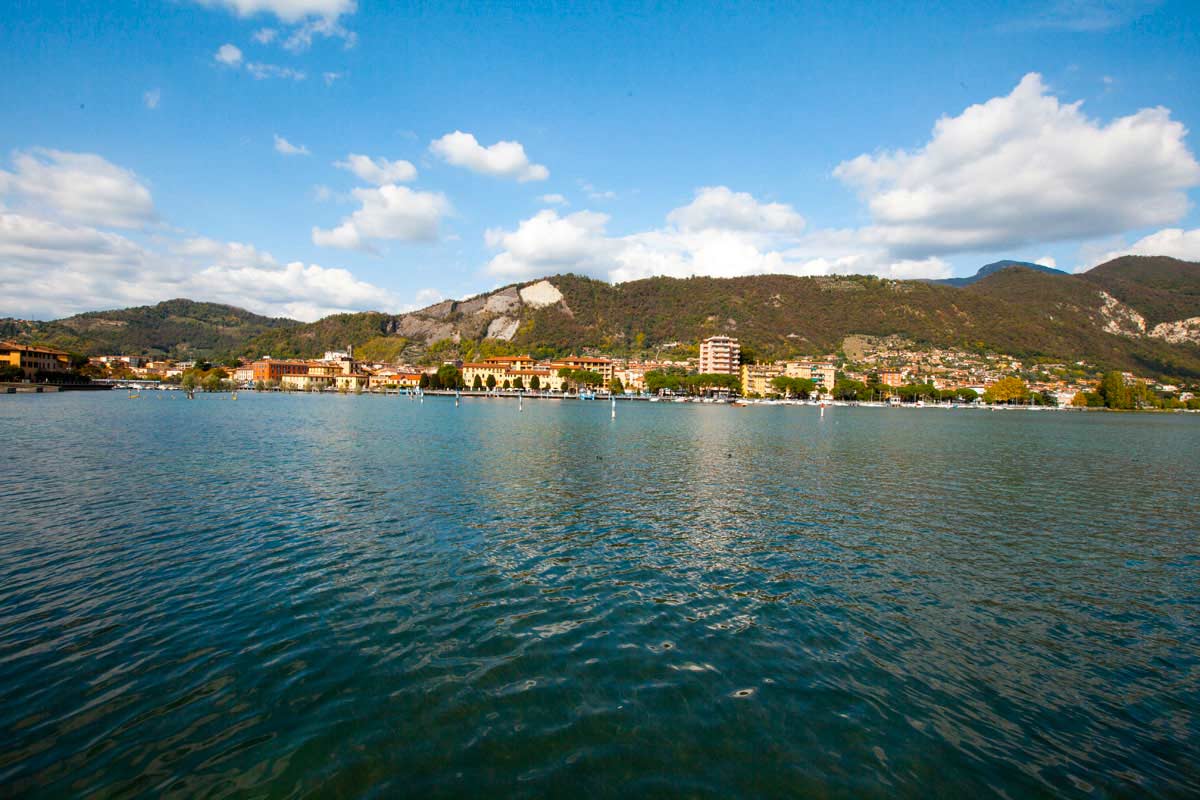 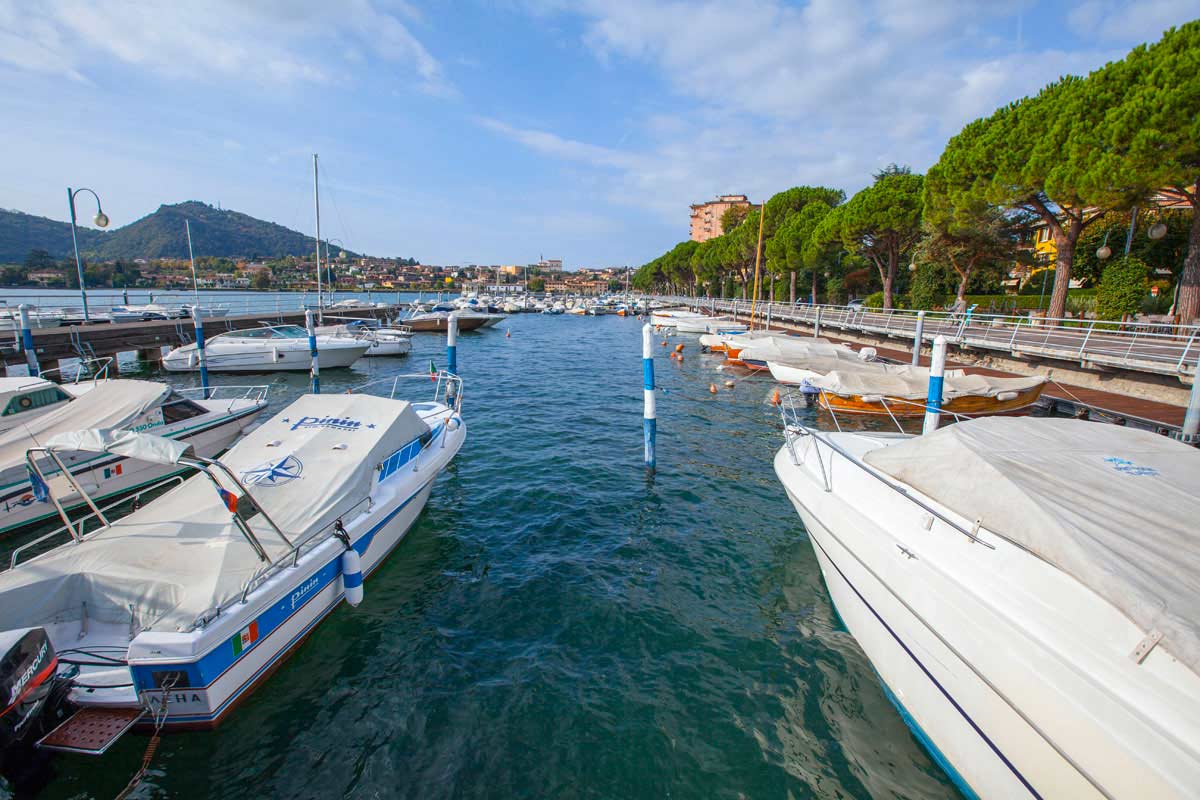 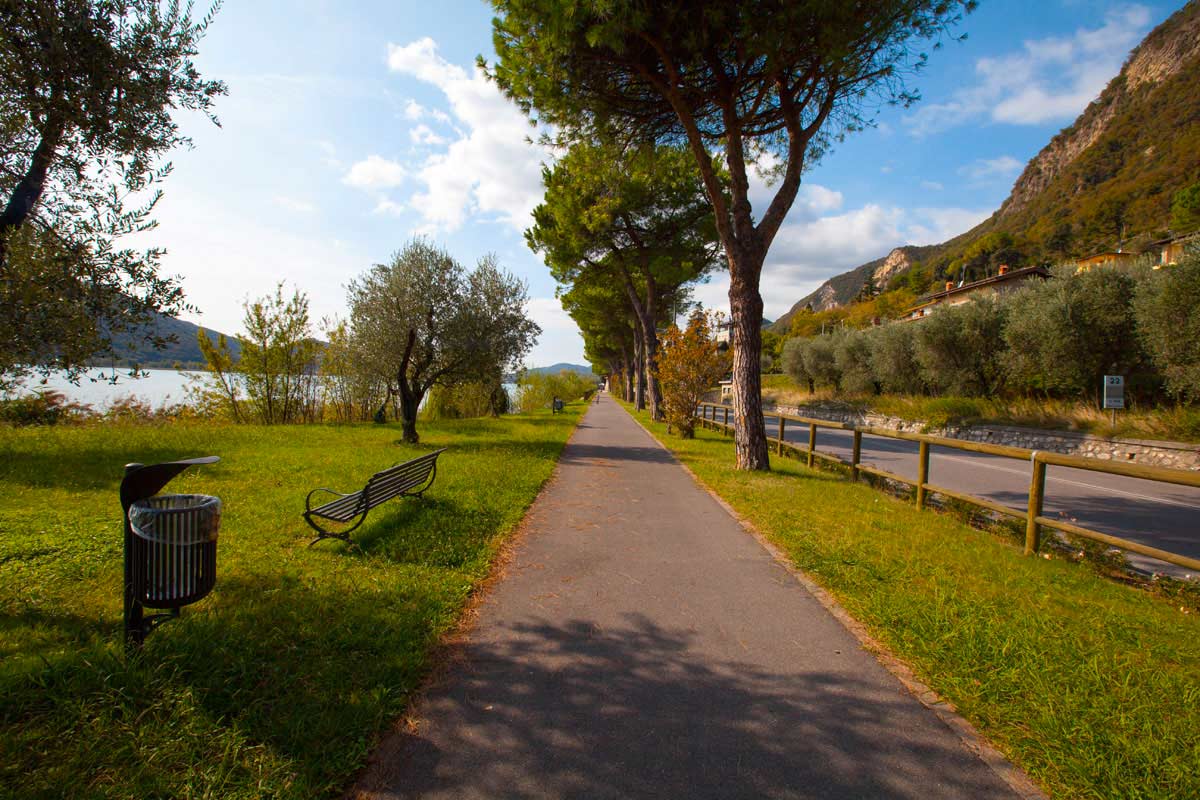 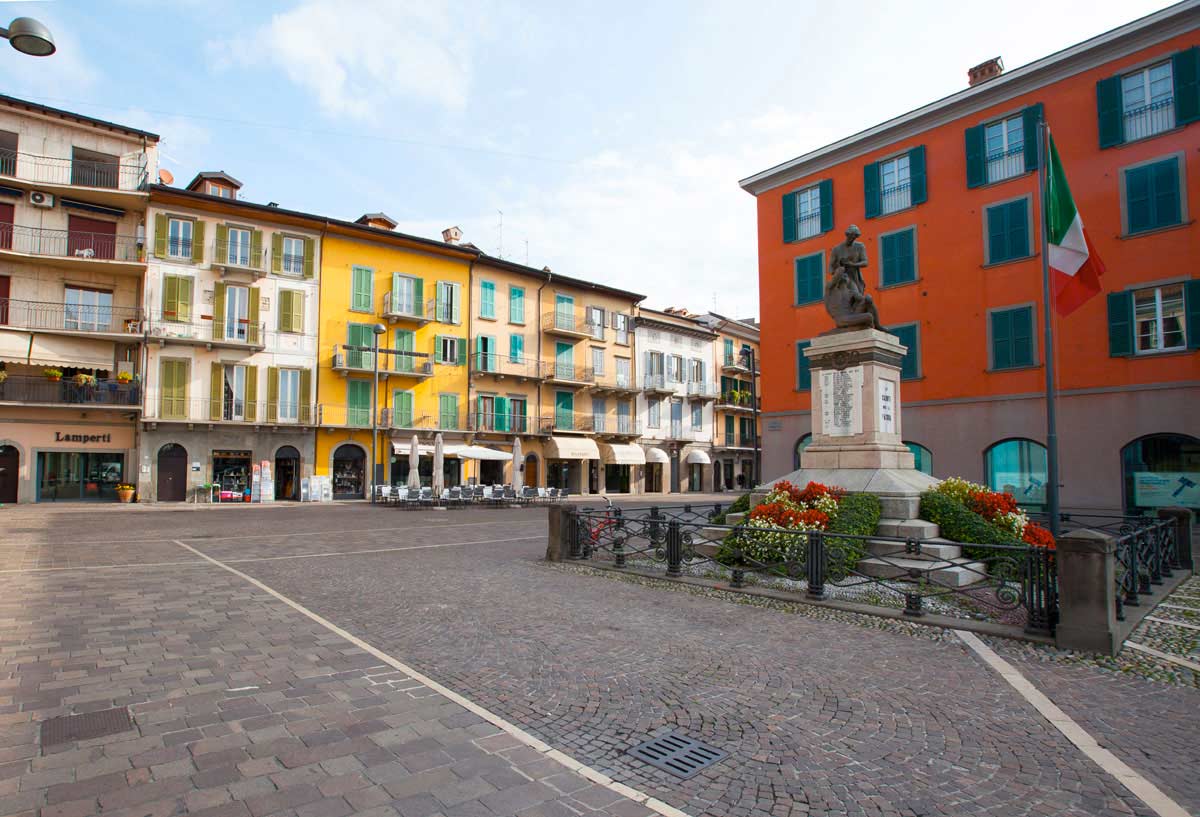 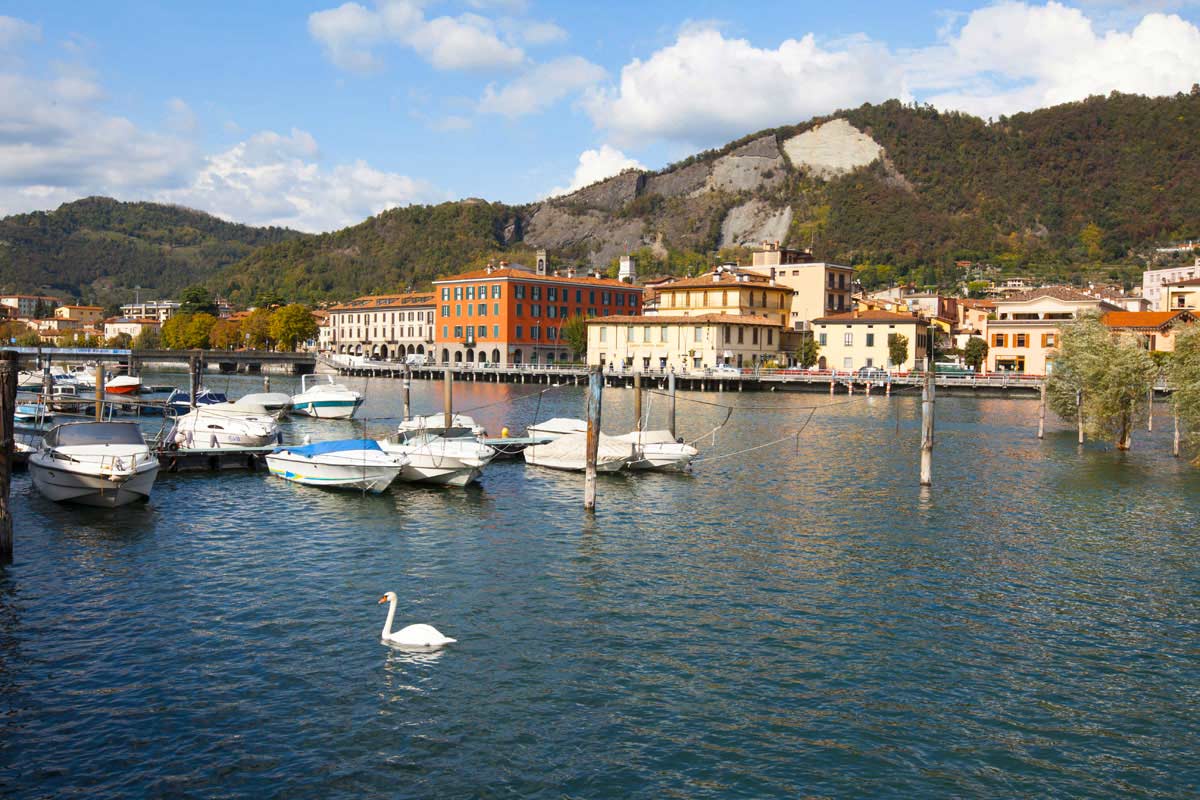 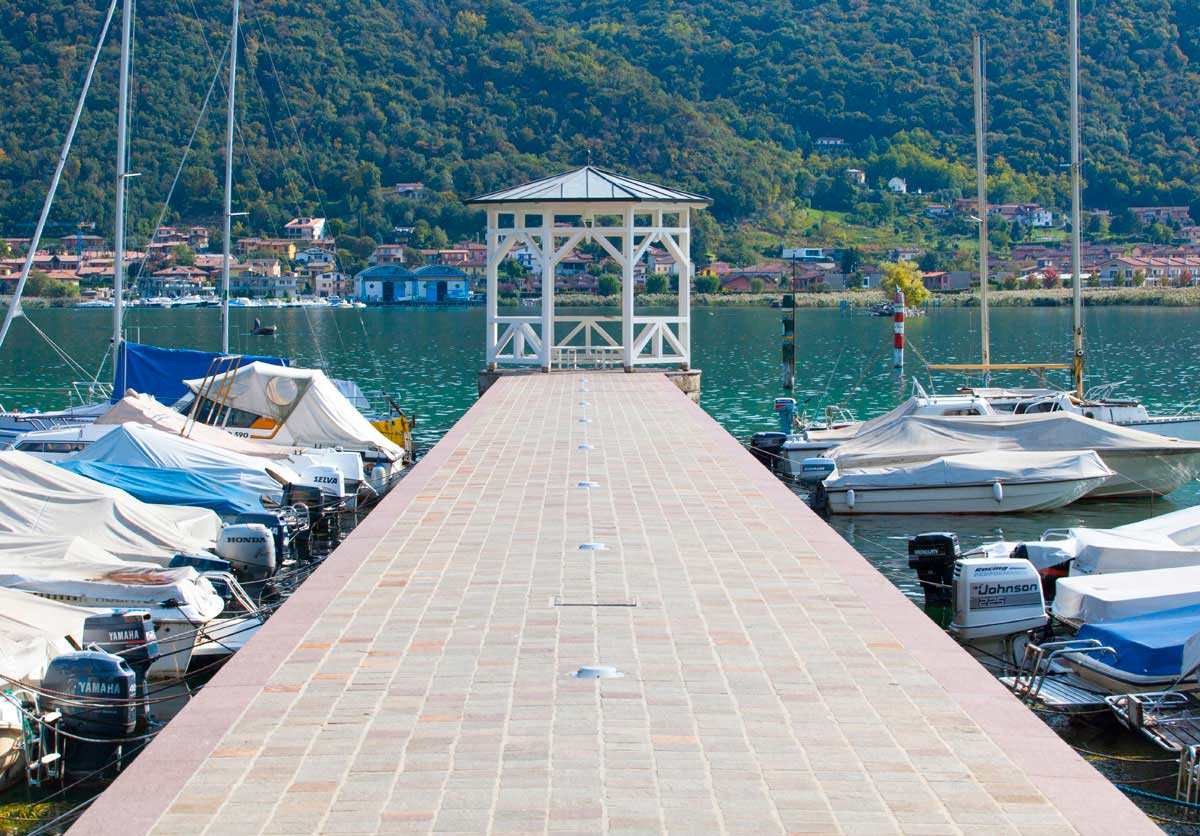 Nestled between Lake Iseo and Val Calepio, Sarnico is located on the south-western border of the lake, where the river Oglio receives its waters. Its airy piazzas, lakeside, shops, modern tourist facilities and its artistic and naturally beautiful surroundings make it a pleasant place to stay.

The Contrada – heart of the historic district which is home to the architectural vestiges of the old hamlet.
The Art Nouveau Villas – designed by architect Giuseppe Sommaruga at the behest of the Faccanoni family are amongst the finest examples of Art Nouveau architecture in the Lombardy region. Opened for events only.
Gianni Bellini Art-Gallery -150 works of art (15th/17th century) donated by Don Gianni Bellini to the community, on display at Gervasoni Palace (15th century), at one time a convent for nuns and completely restored in 2002. Open – from March to December: Saturdays from 14.30 to 18.30, Sundays from 10.00 to 12.00 and from 14.30 to 18.30.

IT’S GOOD TO KNOW THAT
It is good to know that in 1842 Pietro Riva, a young shipwright, opened a shipyard in Sarnico where he began to build the first Riva boats, world renowned for their class and personality.

TOURS AND EXCURSIONS
Castles and hamlets – a truly fascinating historical route that from Sarnico leads to enchanting hamlets and castles:  Castelli Calepio, the medieval hamlet dominated by the Castle of the Calepio Counts, built around the year 1000; Castel Trebecco (10th century), in Credaro, located on a rocky spur, a medieval citadel with tiny courtyards and streets within the town walls; as well as the Castle of Grumello del Monte, which preserves the typical features of a manor house.
Paths of the Adrara Valley – The Guerna torrent runs through this valley, from the high Val Calepio to the Hills of San Fermo, offering a variety of routes suitable for everyone. The map can be downloaded at Gruppo Sentieri Adrara
Corno Buco and Monte Bronzone – for the more trained, a steep and panoramic trail leading first to the Forcella di Sarnico (400 m), then to the Corno Buco (2h – 966 m) and, finally, to the top of Monte Bronzone (3h – 1334 m).


Sport and nature in Sarnico

Excursion to reach the Corno Buco and the Croce di Predore with fantastic view of Lake Iseo, the Tor...

Easy path that leads to the Pompiano Hut, with a view of the lower Lake Iseo....

Stroll from Sarnico to the Rocca de Zucchellis

The Forcella-Molere trail runs along the crest of the hills, about 400 mts high, just behind the ce...

Trekking from Sarnico to Monte Bronzone

The route starts in Sarnico where, after passing the monumental cemetery, it is necessary to follow ...

This itinerary is a route of exceptional landscape importance, with breathtaking views of the lake a...

On the Val Calepio Road

The route starts at Sarnico, an important commercial and tourist centre that still has visible trace...

This car route, which can also be followed by bicycle for the fitter travellers, starts in Sarnico. ...

The ancient parish church of Sarnico, erected in Medieval times and restored in the early decades of...

The early medieval Church of San Nazaro (St. Nazarius), renowned for the important cycle of painting...

The story behind this ancient building is nothing short of incredible: built almost a thousand years...

Located in the Fosio area, this little church was built in 1929 to satisfy the religious needs of th...

The church of San Paolo (St. Paul) rises in the top area of the historic centre, in the middle of th...

The little church of Stella Maris stands in a picturesque position on the lakefront; it was built in...

The village of Sarnico, which rises on a flat area on the west bank of the Lake Sebino, was fortifie...

The Civic or Medieval Tower dates back to the 12th century and was part of the old fortalice of the ...

Differently from what it is possible to observe in other Lombard lakes, the Lake Iseo is not charact...

Villa Giuseppe Faccanoni (1907) stands on the lakeshore on Via Veneto and is surrounded by a large p...

The Gianni Bellini Art Gallery, inaugurated in 2004, is located at the top part of the historic cent...

The mausoleum is a grand and monumental tomb that the Faccanoni family had constructed in 1907 withi...

Located near the parish church, the Antonio Faccanoni Nursery School is nestled in a quiet park and ...

Located at number 1 on Viale Orgnieri, Villa Passeri stands near a public park in an area which was ...

Crossed the bridge that connects Paratico to Sarnico towards Bergamo bank, it is possible to follow ...

Sarnico, located on the northern bank where the lake narrows down to become the River Oglio, dominat...

Holiday Apartment il Mughetto is located in a residence with swimming pool, on Lake Iseo, the reside...

The apartment is located in Sarnico in Via Predore, it’s located on the first floor with a bre...

The Sole e Lago apartment is a large and bright newly renovated apartment. Equipped with 2 double be...

HomeSuite sul Lago is a studio apartment in the historical centre of Sarnico, almost entirely contro...

Apartment dedicated to those who love to surround themselves with taste and comforts. Located in the...

Located in the ancient village of “Castione”, in the immediate outskirts of Sarnico, an ...

This apartment is located in Sarnico, at 23 kilometers from Bergamo. The structure has a terrace wit...

La Casa del Pescatore is located in Sarnico and offers free bikes and a bar. This holiday home with ...

Independent apartment a few steps from the center of Sarnico. The apartment is on the first floor an...

Giuseppe B&B is a beautiful bed and breakfast on the hill of Sarnico, a few meters from the lake...

Casa Buelli is located in the heart of the Historic Centre of Sarnico. It’s consist of two apartme...

Bed & Breakfast “La Dimora al Portico” is a recently renovated apartment in the center of Sa...

The B&B Cadè features all the amenities you could expect for a pleasant stay on the shores of L...

For your stay at the lake you will have a double bedroom with lots of natural light with a private b...

Lovely new apartment in Sarnico, on Iseo Lake. Consisting of lounge and kitchen in a large and brigh...

Activiy closed for the season 2020 Casa San Paolo is situated in the heart of the historic center. P...

The holiday home of Il Battello Social Co-operative is situated in a green and quiet area of Sarnico...

Is a quiet apartment with attic and beams. The structure offers two bathrooms, kitchen and terrace. ...

“La Casa della Zia” (the Aunt’s House) is located in the heart of Sarnico’s historic centre ...

This structure provides the ideal accomodation for groups of friends and families. It is in a wonder...

The BB MacLoud, recently opened, has 5 rooms, one with a double bed and a single bed with private ba...

The holiday home of Battello Social Co-operative is situated in a green and quiet area of Sarnico, j...

Discover our stylish and spacious one and two bedrooms right in the heart of the historic centre of ...

The B&B “Borgo dei Lantieri” is situated in the centre of historical Sarnico. You will be we...

Set in Sarnico on Lake Iseo, Centrostorico is a family-run B&B, 50 metres from the dock for boat...

This B&B is set among trees, in its own garden, right on the lake; the garden has barbecue facil...

The B&B I Lazzarini is located a few steps from the lake and close to the historic center of Sar...

In the heart of old Sarnico, the B&B La Contrada is located near the seafront and the Pier. The ...

Situated in the heart of Sarnico, the hotel dominates the square of the ancient villag, in contrast ...

Surrounded by an enchanting landscape Cocca Hotel is a peaceful oasis to restore, relax and nicely p...

Where to eat in Sarnico

List of restaurants, pizzerias and wine bars in Sarnico, where it is possible tasting delicious loca...