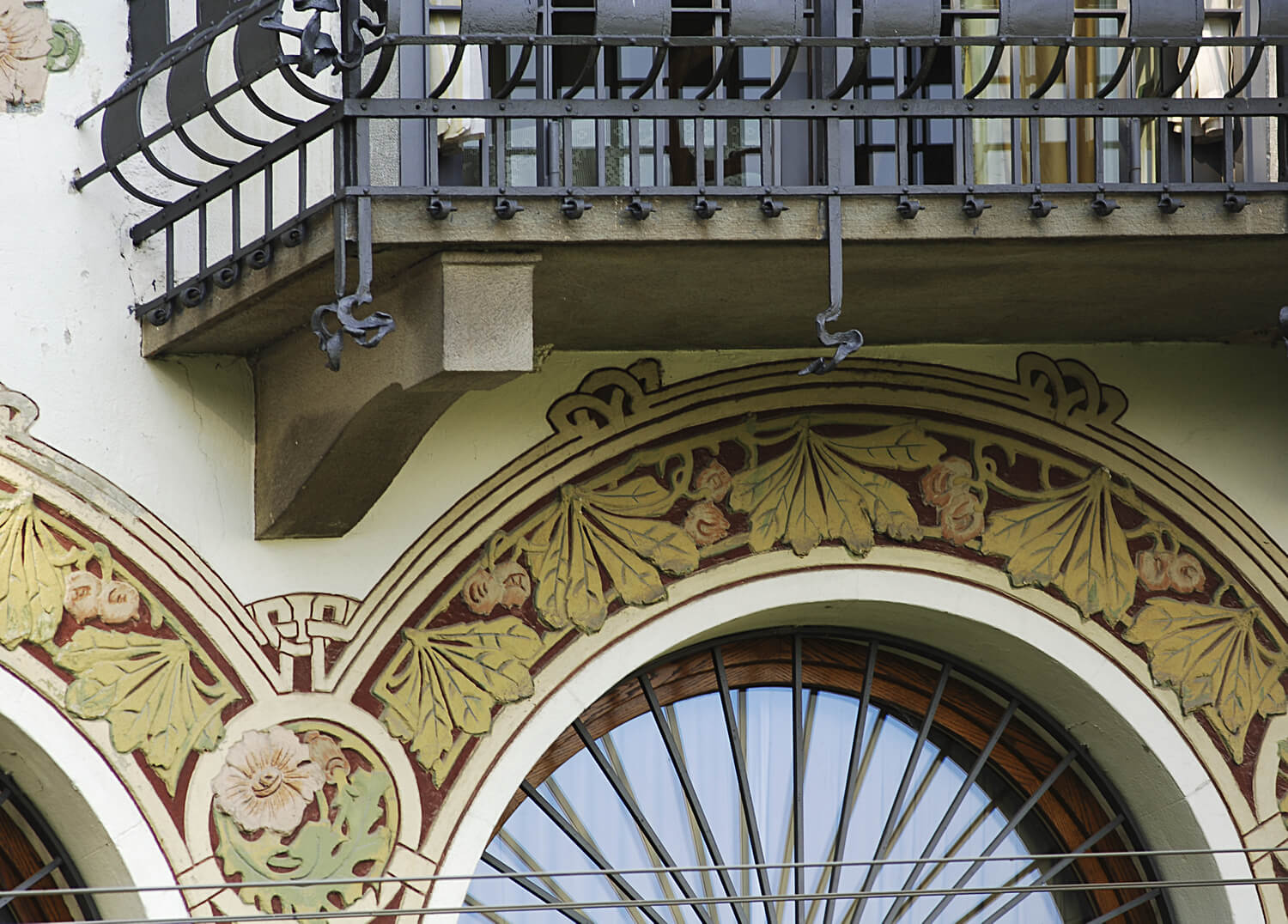 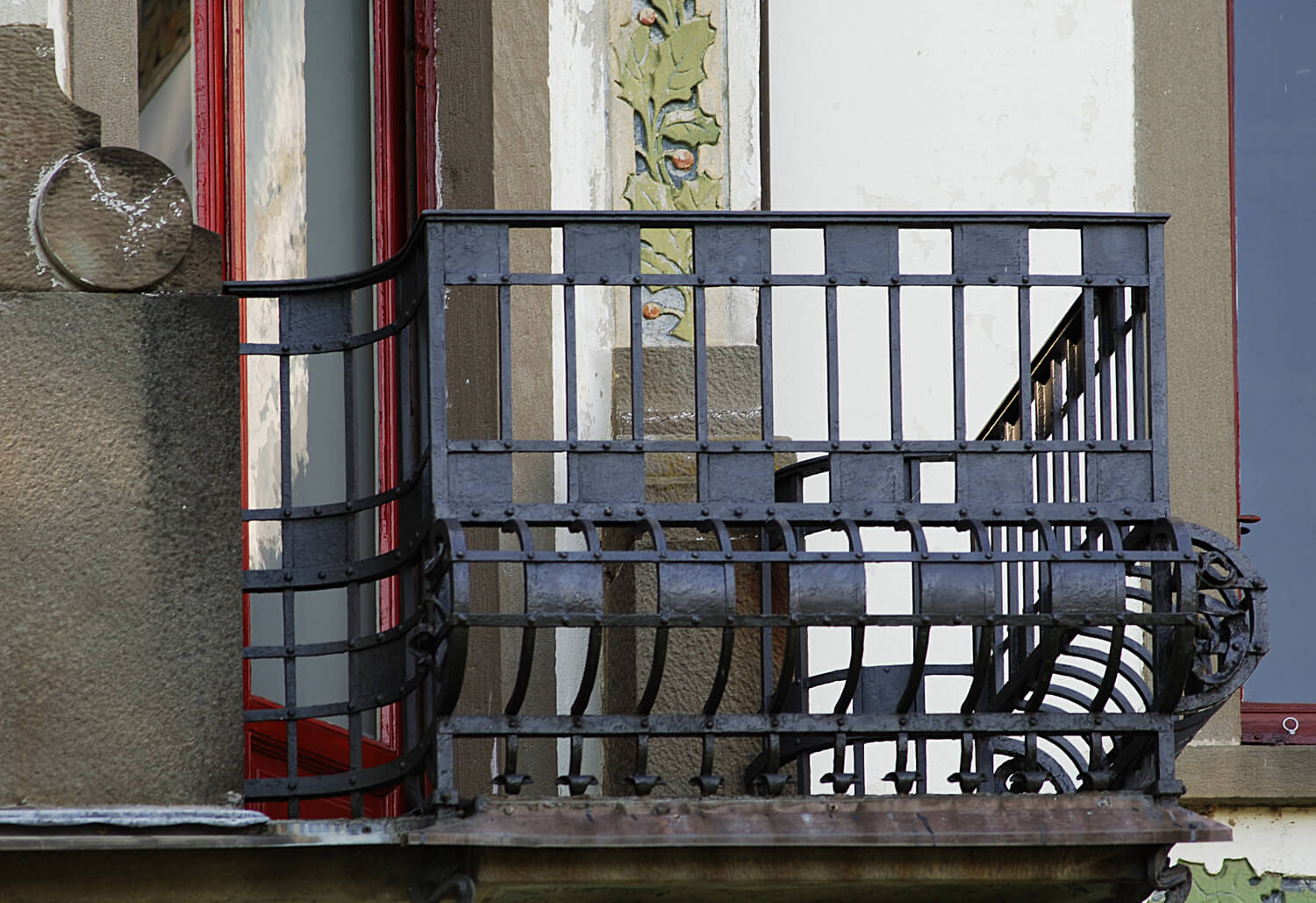 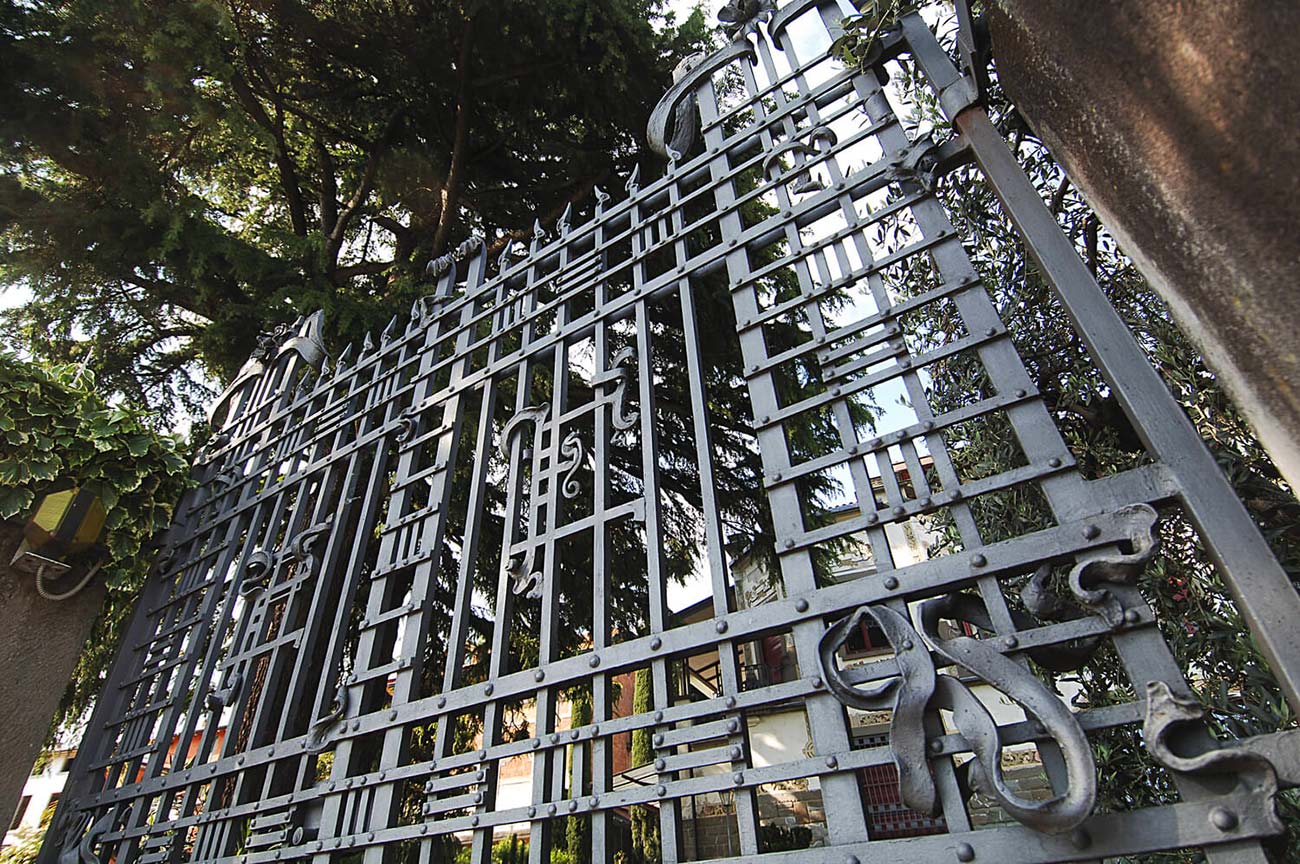 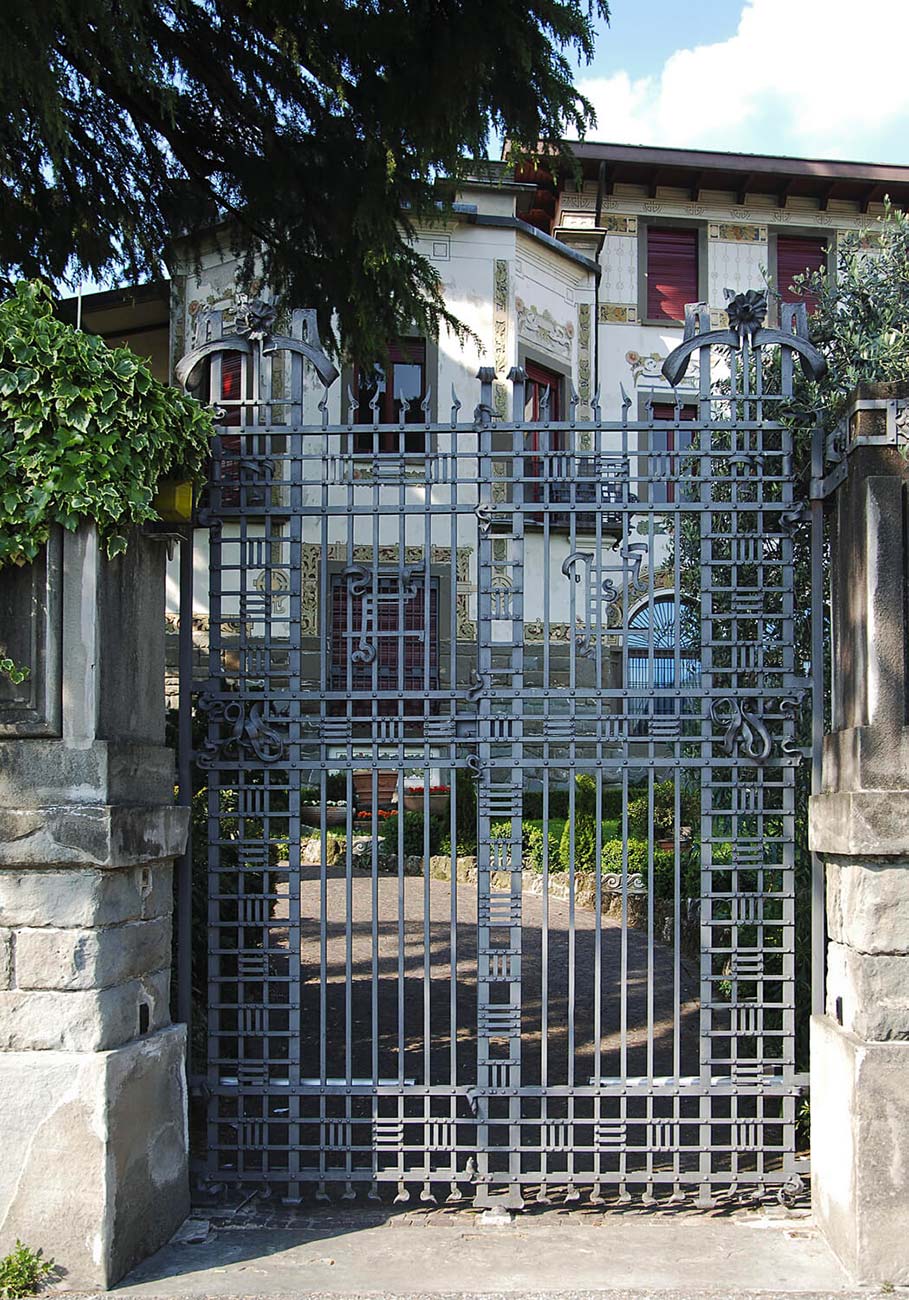 
Located at number 1 on Viale Orgnieri, Villa Passeri stands near a public park in an area which was known as Piè degli Orti at the beginning of the century. Originally a small spinnery, in 1907 it was converted into a home upon the wish of the owner Pietro Faccanoni. Sommarugà reorganised the building without distorting the original structure, dedicating himself mainly to the part that concerned decorations and furnishings for the internal and external rooms in Art Nouveau style. Passers-by soon notice the villa in all its splendour: the façade facing the lake is of immediate impact and bears customary signature features in the architect’s style, such as the decorative band that joins the windows and the braided ribbon patterns to those of floral style. The gate, railings, and the gratings on the doors and windows in wrought iron are all by Alessandro Mazzucotelli, the artist-artisan that Sommaruga usually relied on for the construction of his projects. The subjects he chose for these ornamental and defence elements are based on a study of flat ribbons and floral elements. The small central balcony is exceptionally picturesque as it is glassed in, creating a veranda area. Villa Passeri is one of the five architectural works in Art Nouveau style in the town of Sarnico.