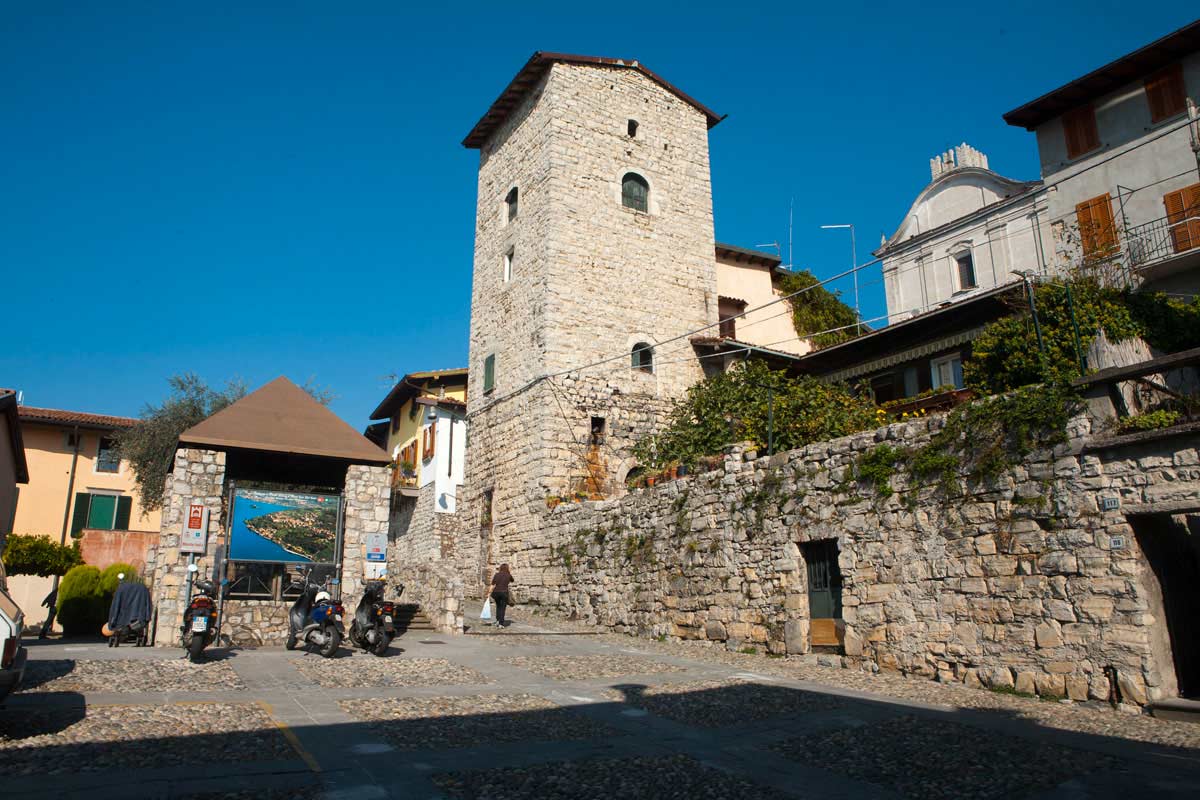 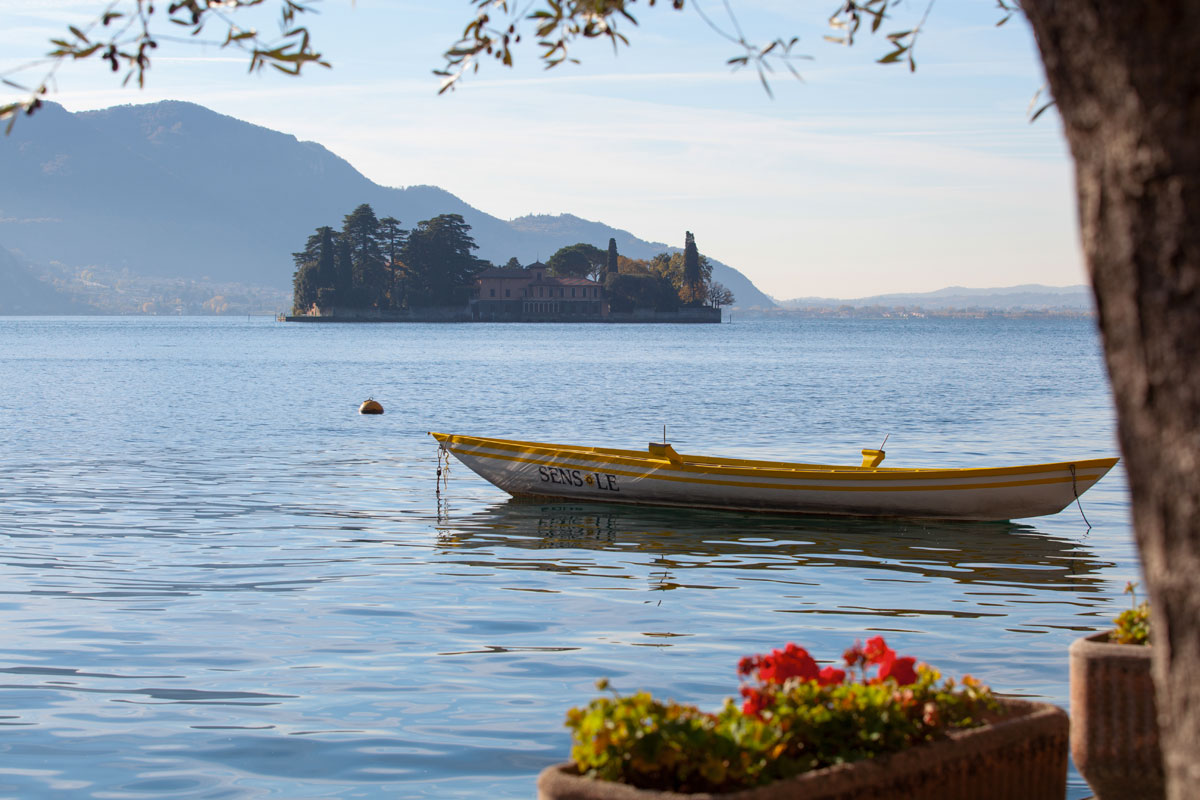 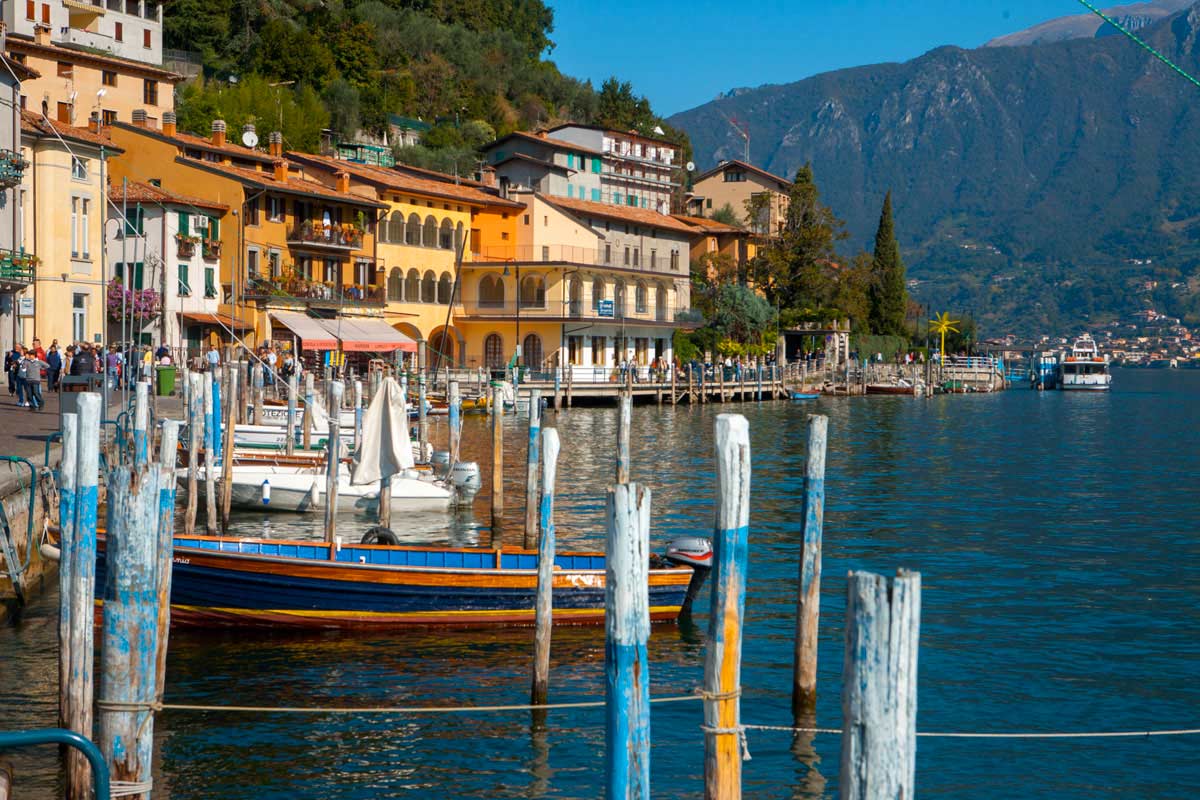 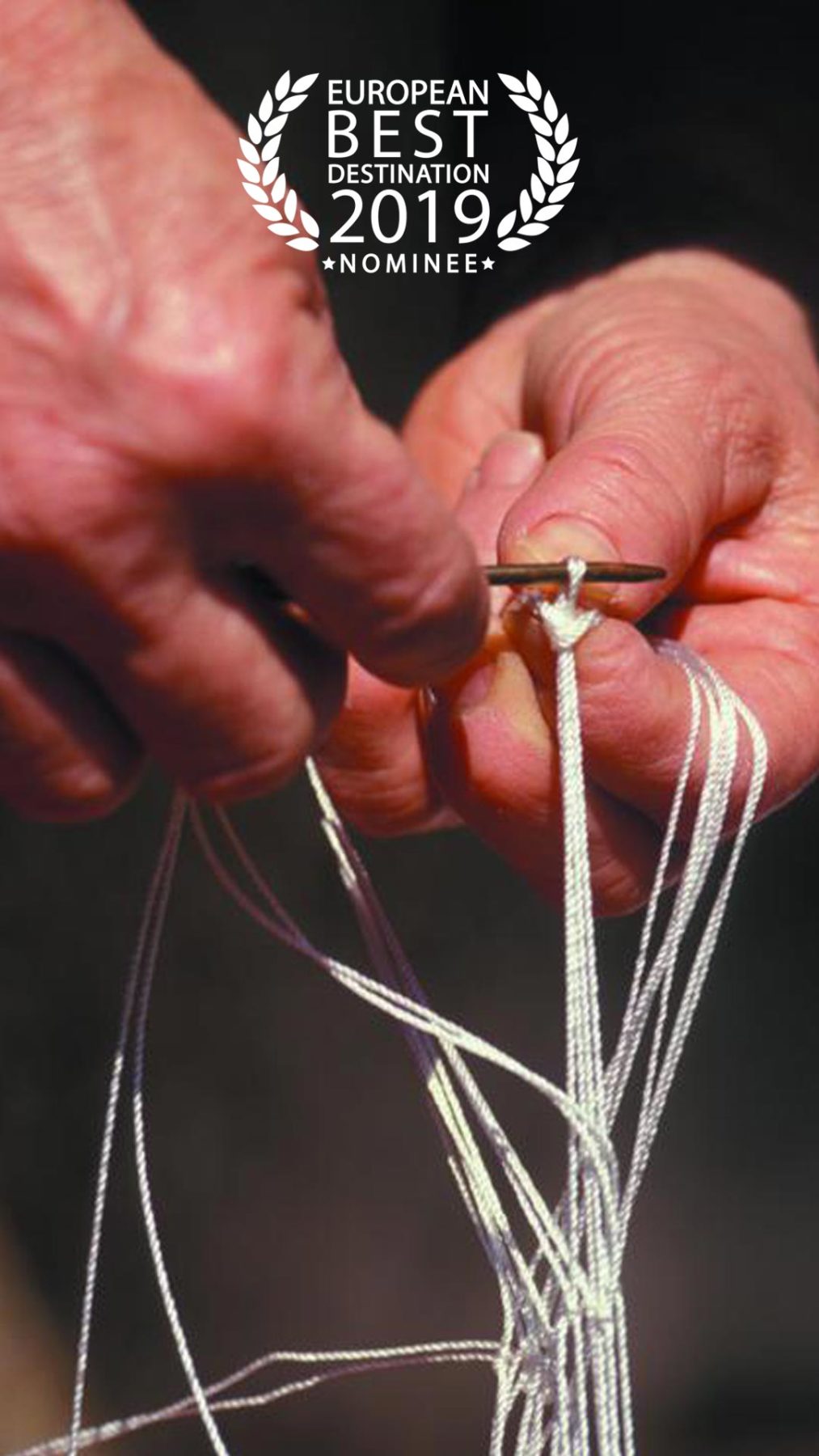 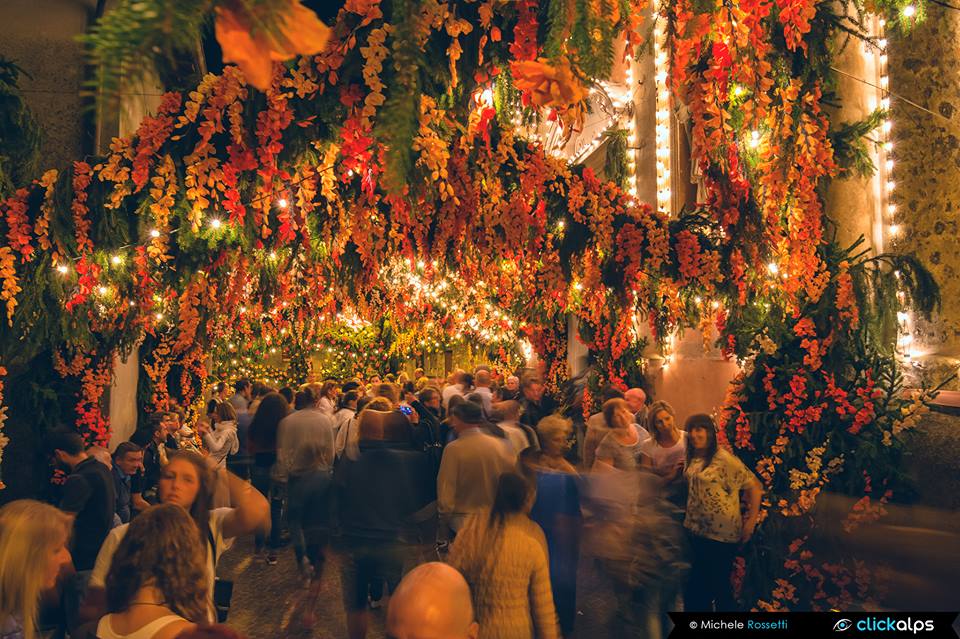 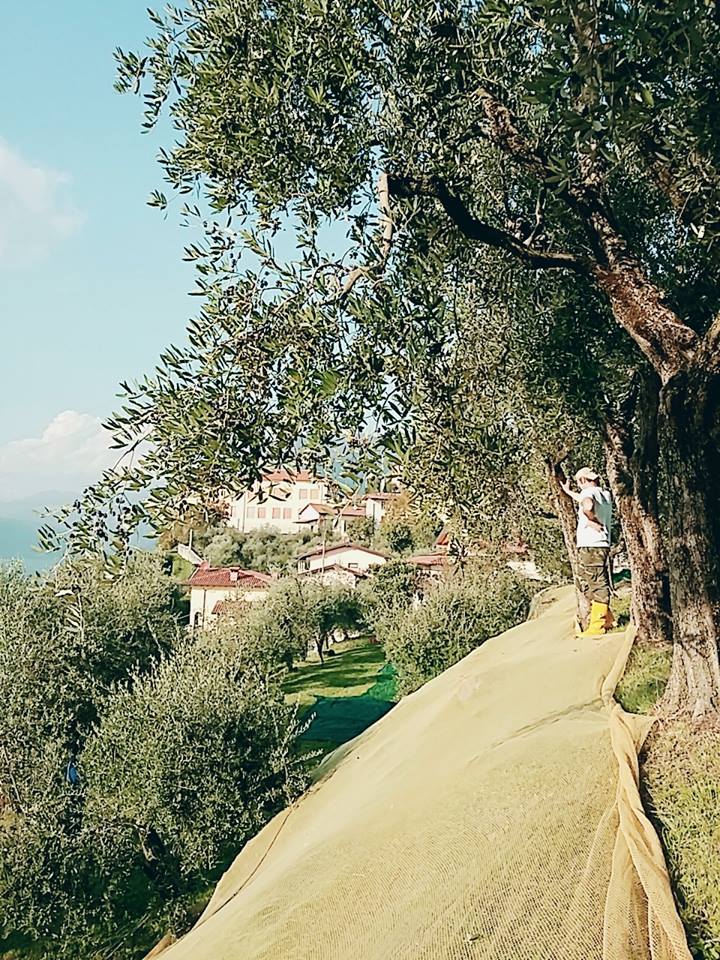 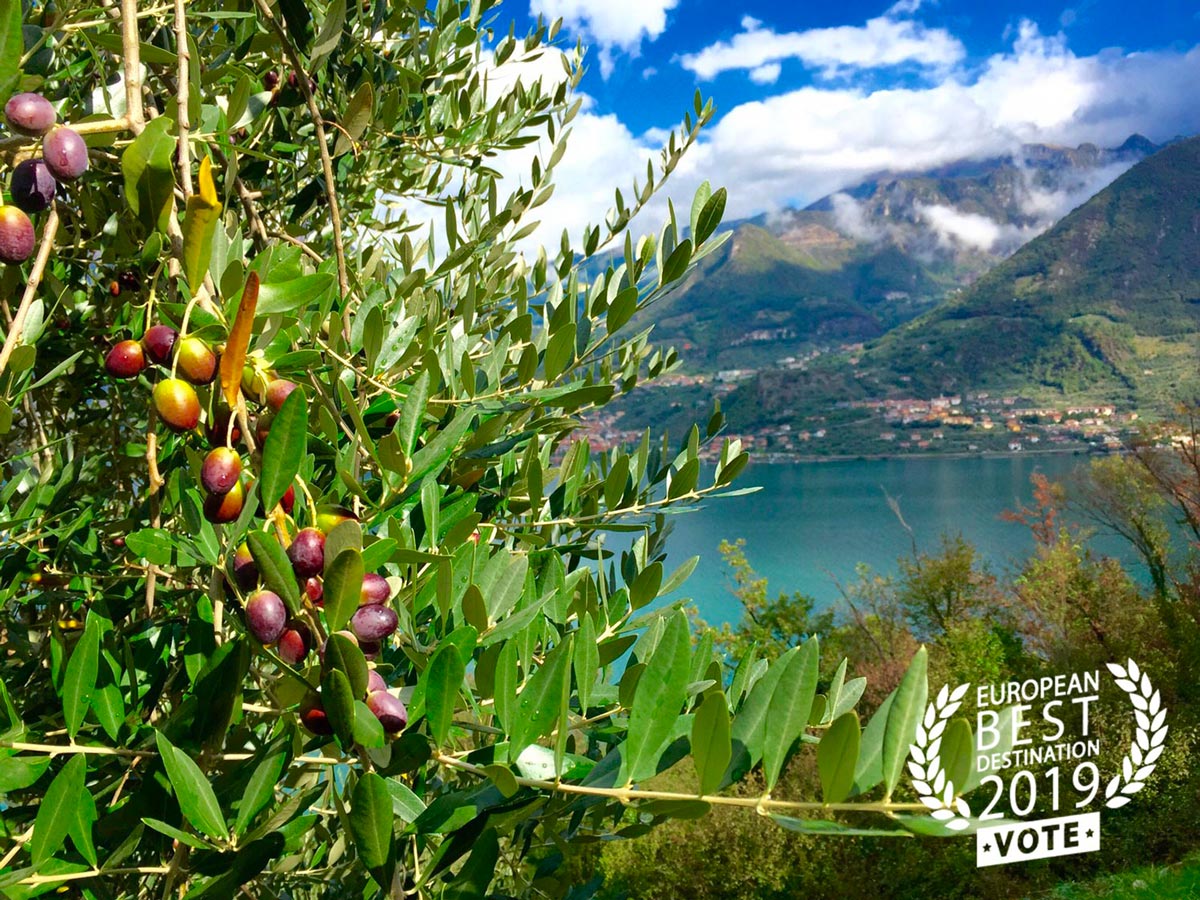 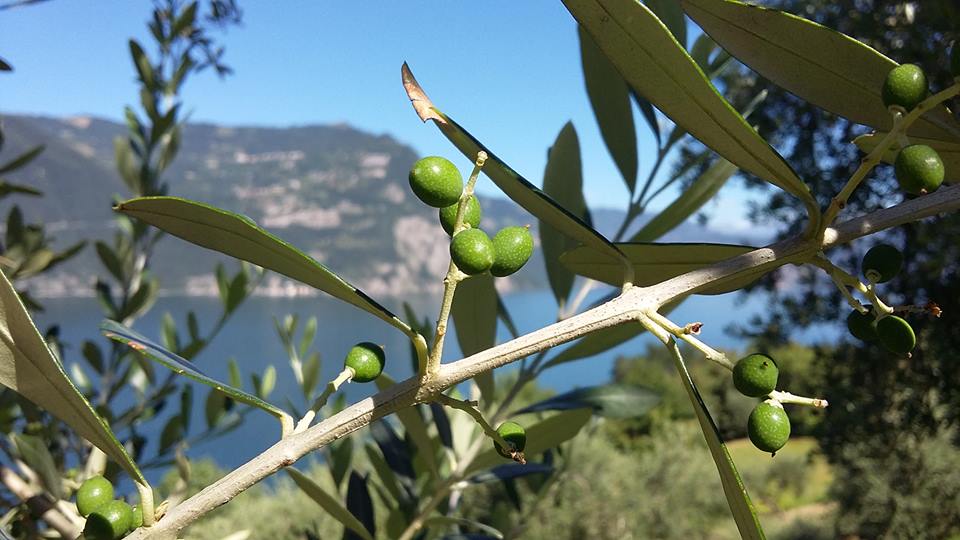 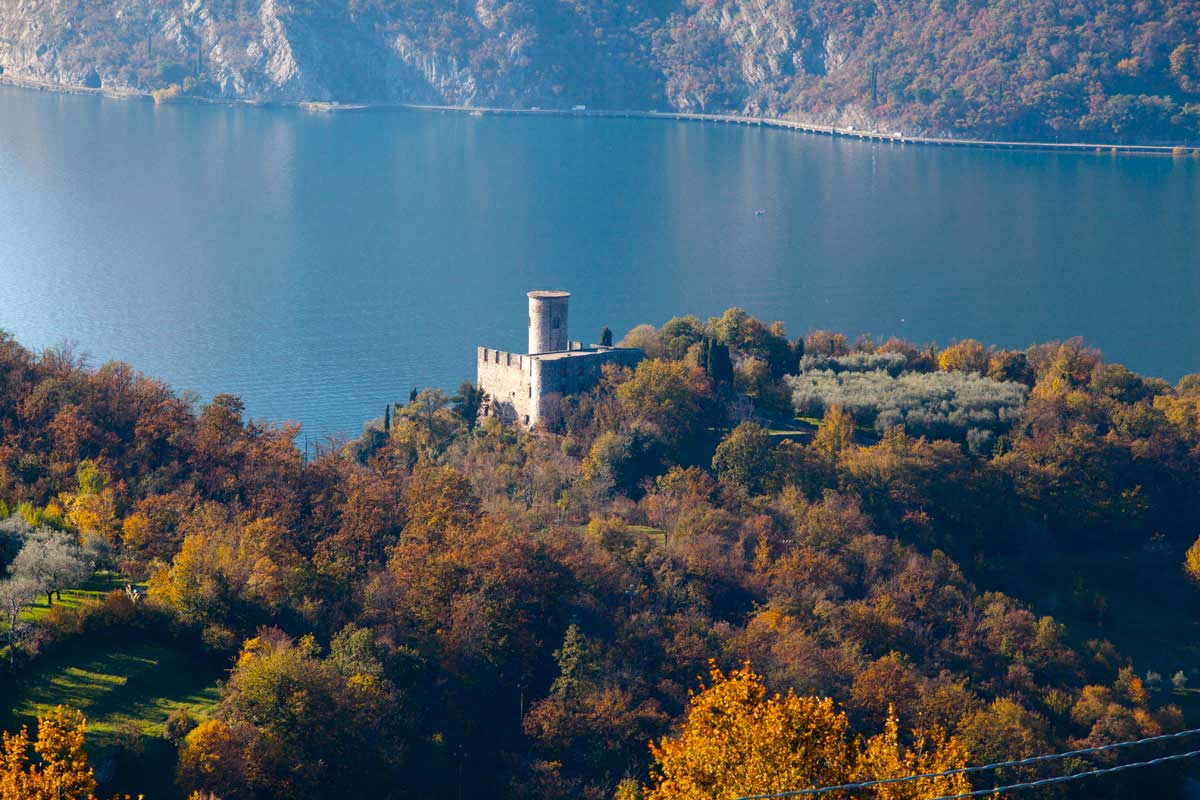 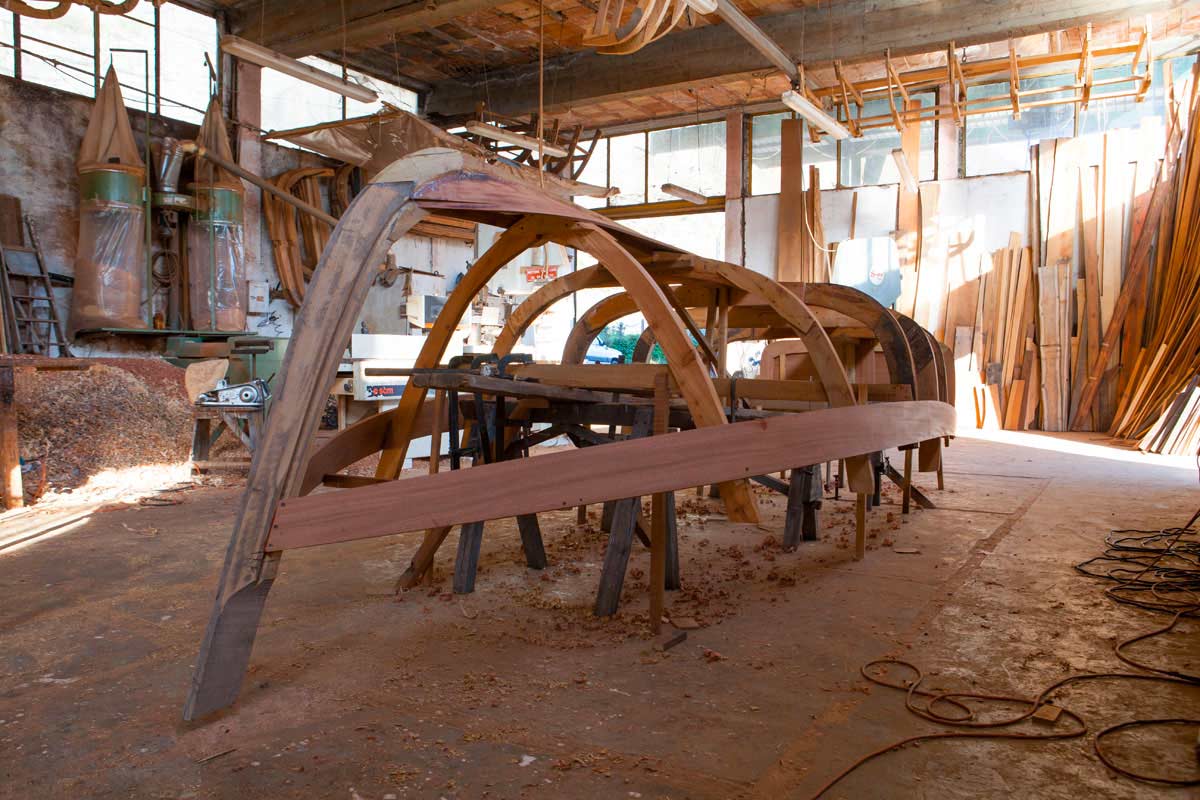 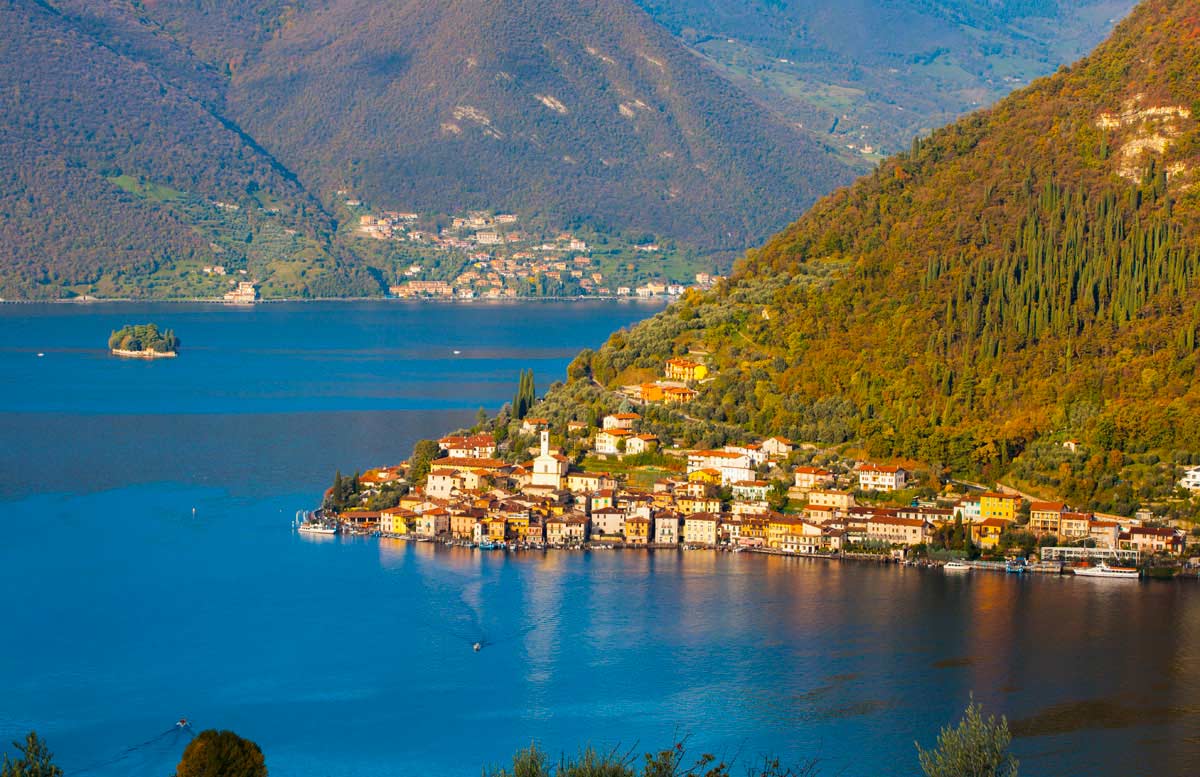 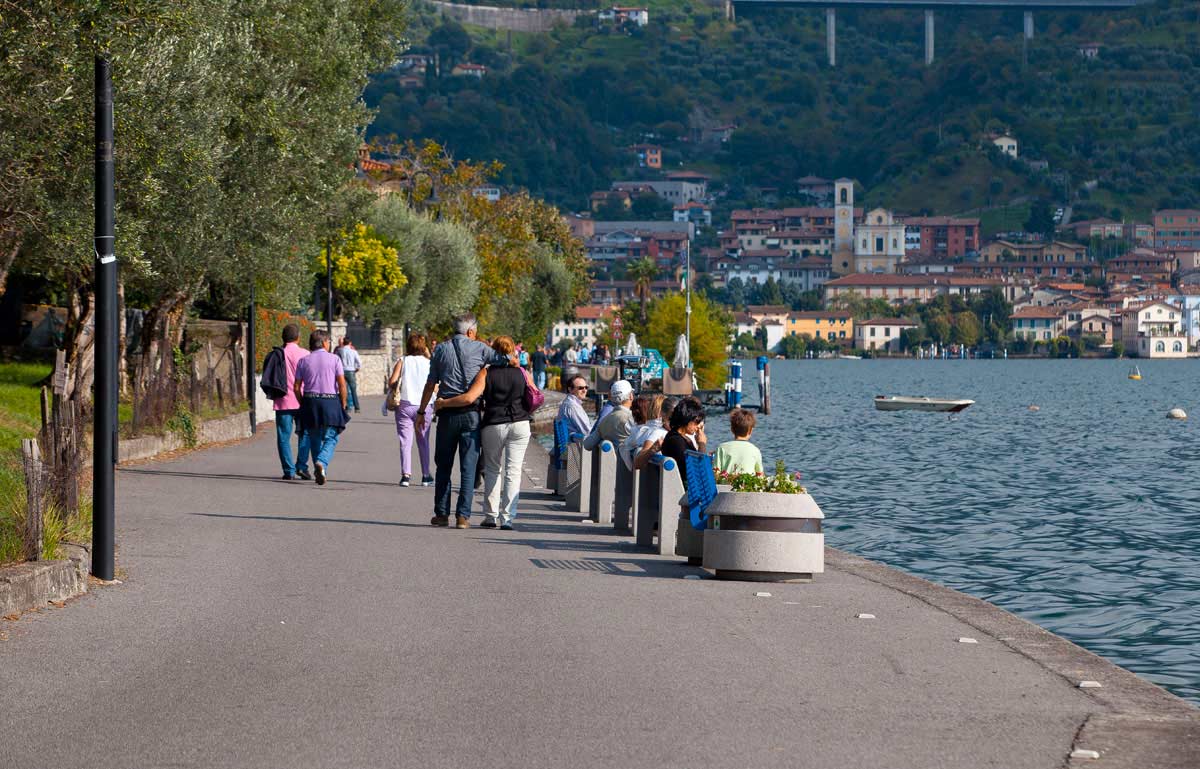 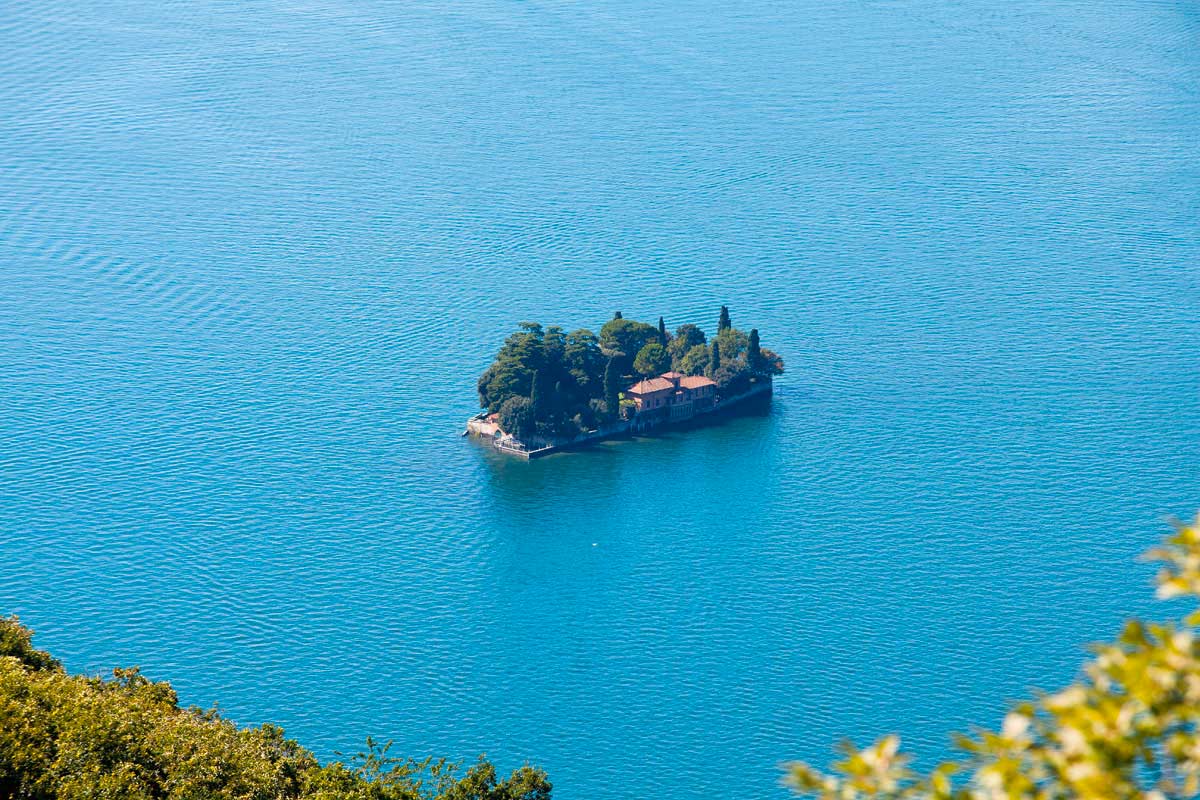 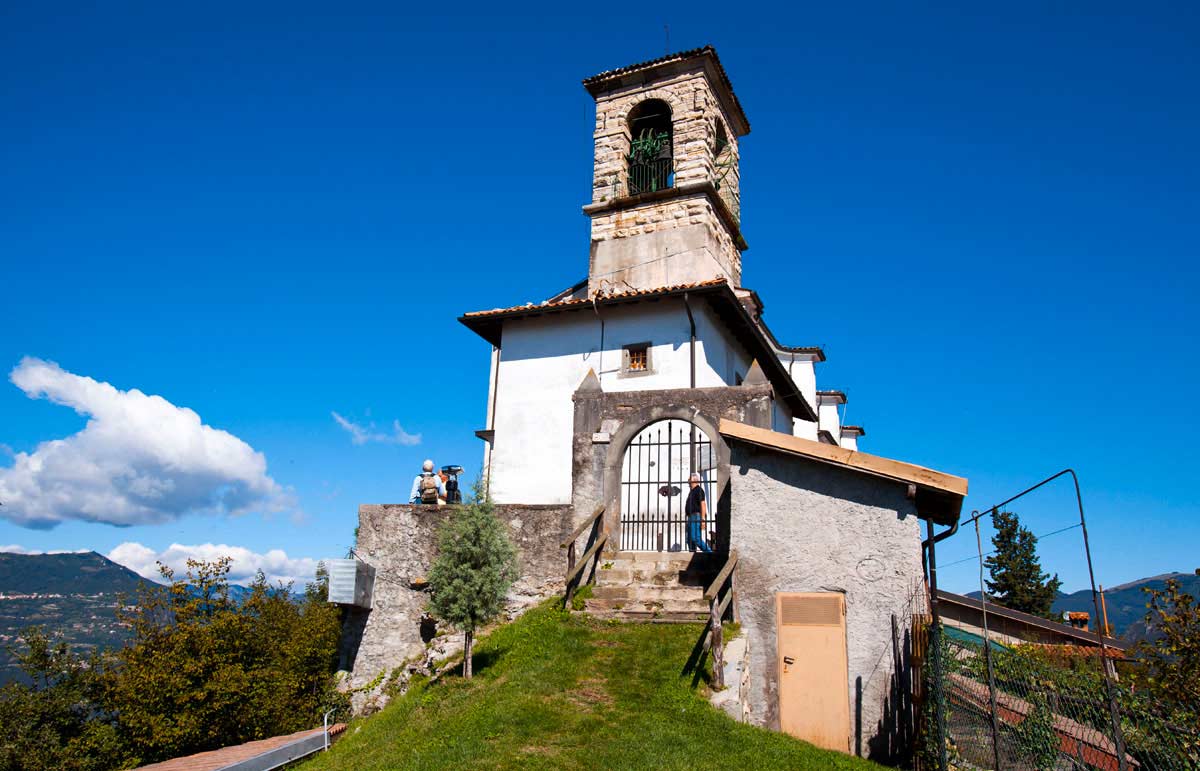 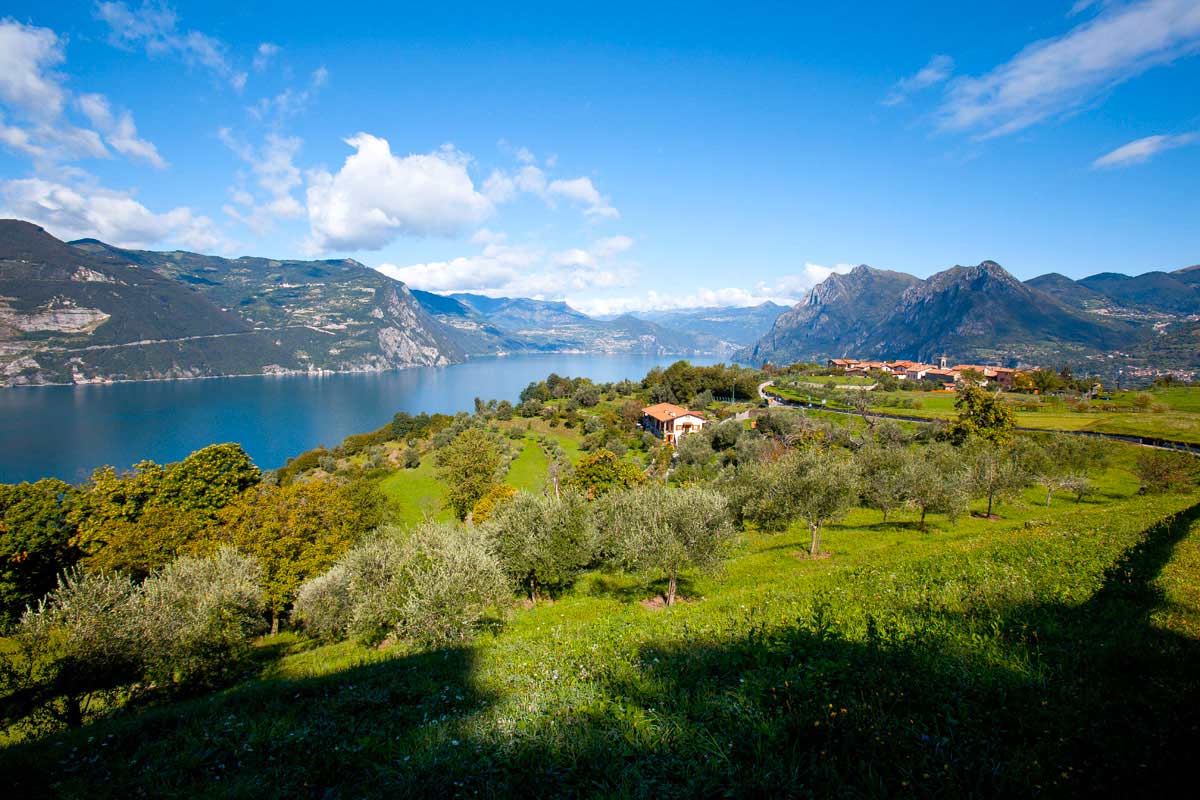 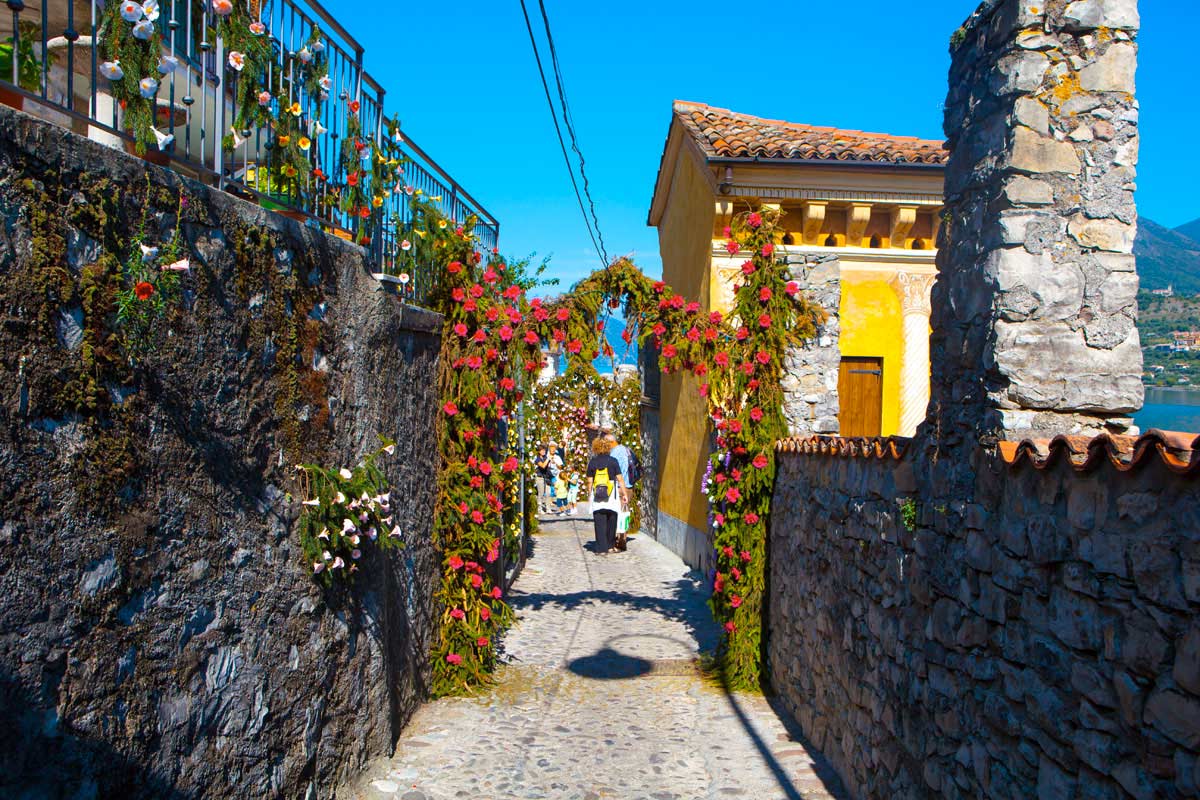 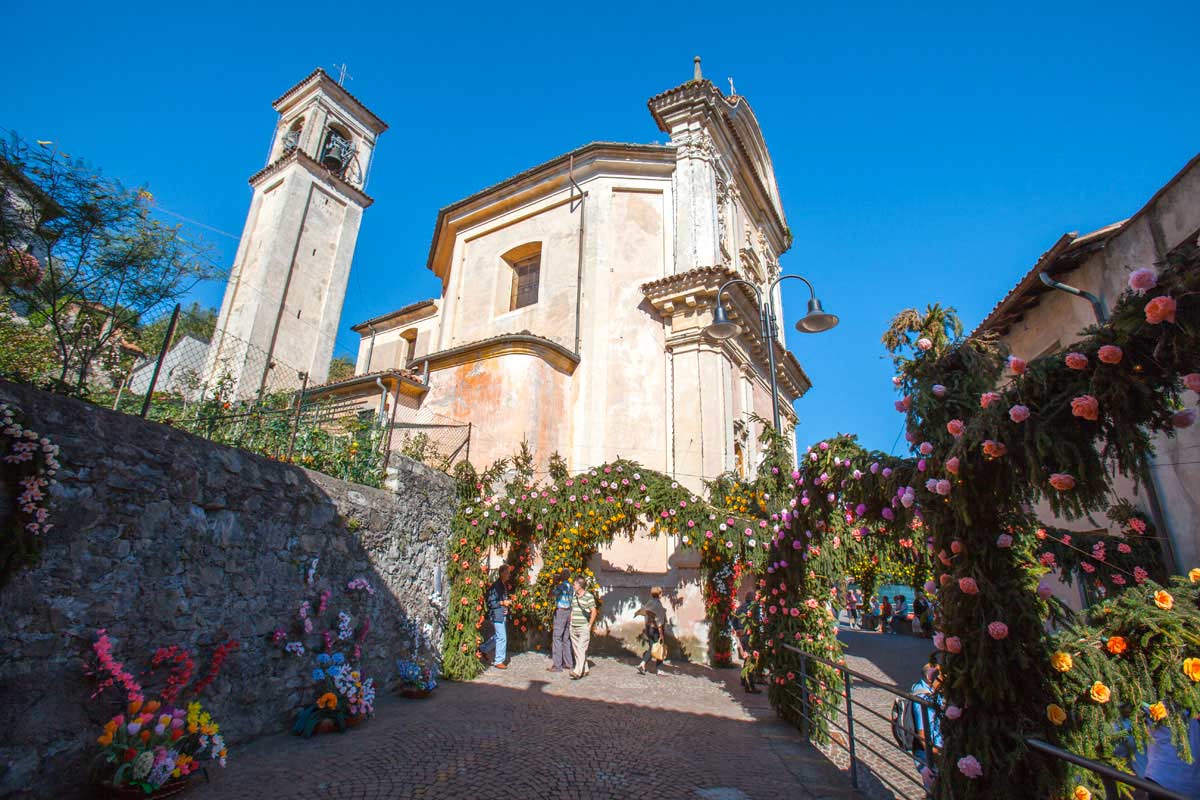 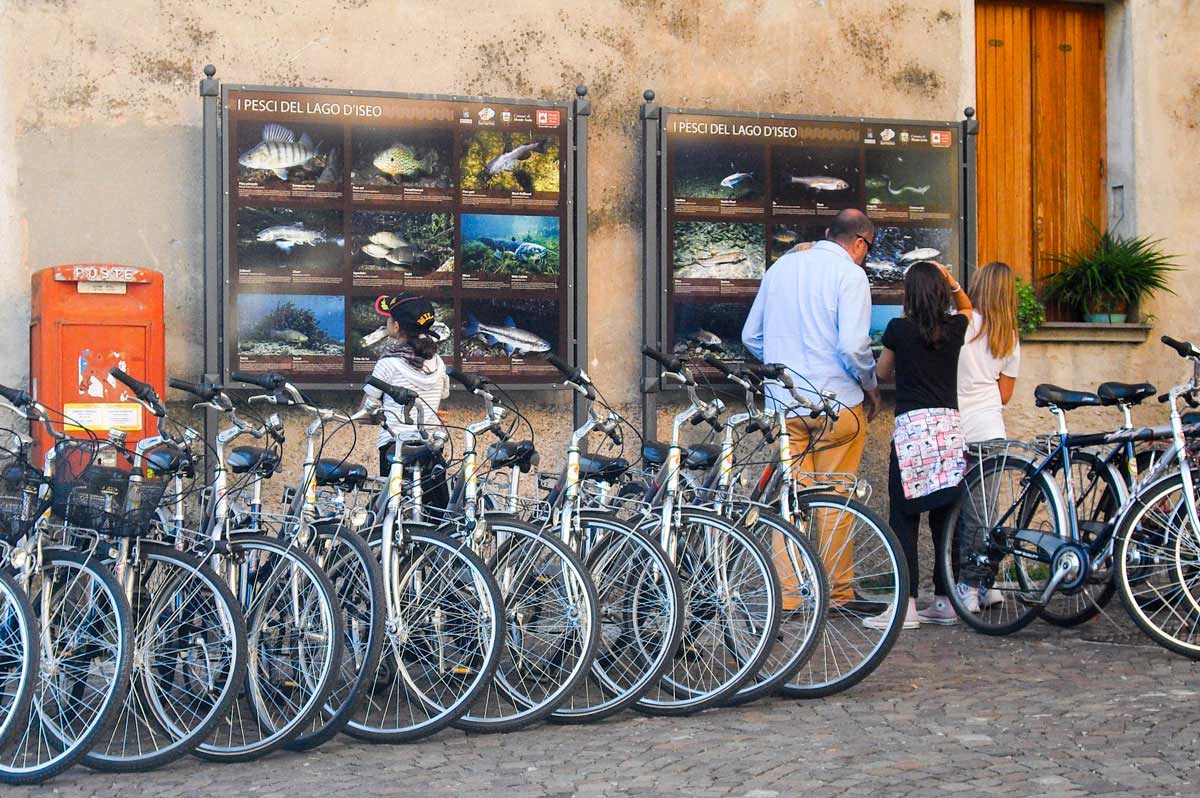 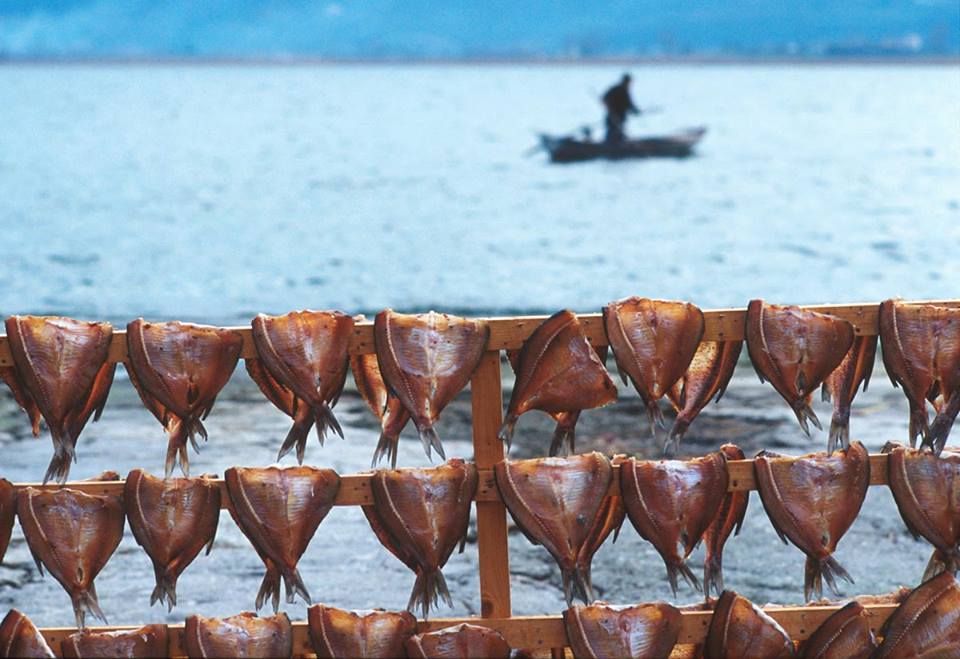 A mountain in the middle of the lake, considered one of the most beautiful villages in Italy, Monte Isola has a total area of 4.5 square kilometres, a circumference of about 9 km and an altitude of 600 metres. There are twelve typical hamlets, some on the hills, and others on the lake, characterised by narrow streets and alleys to demonstrate the fundamental role that this had in the economy of the island, always based on the construction of wooden boats, the production of nets and fishing.

The island is all to be seen, on foot, by bicycle or with the small buses that provide a regular service.
The island outline is characterised by the Martinengo Fortress and the sanctuary of the Madonna della Ceriola. The fortress, visible halfway up the hill above Sensole, was built in the 14th century by the Oldofredi family; its tower is unusually placed in the centre of the castle, surrounded by a moat. Despite its warlike appearance, the building was transformed into a residence by the Martinengo family in the 15th century.
On the summit stands out the white sanctuary built, in ancient times, on the remains of a pagan building.
The capital, Siviano, preserves medieval traces in the stone walls, the narrow alleys and the Martinengo tower. Peschiera Maraglio is the most easily reachable village and offers, on the lakeside, restaurants, amenities and shops. The small hamlet of Carzano preserves its characteristics linked to the water. The town hosts, every five years, the feast of the Holy Cross, which sees it, together with the historic centre of Novale, entirely decorated with thousands of paper flowers.

NOT TO BE MISSED
Panoramic view from the Sanctuary of the Madonna della Ceriola – Accessible from any location on the island, on foot or by minibus (in summer there are dedicated shuttles), the sanctuary offers a unique 360-degree view of the lake. Refreshments and picnic area available.
The Net and Memories Museum – Located in the small village of Porto di Siviano, inside the oldest netting factory of Monte Isola, the museum is a private collection of documents, historical black and white photographs and objects about the world of netting and fishing.

EXCURSIONS AND WALKS
The olive trees walk – The most picturesque road on the island is certainly the lakeside stretch between Peschiera Maraglio and Sensole with a view of the privately-owned island of San Paolo.  On the path, surrounded by olive trees, it is possible to stop in a pleasant picnic area with access to the lake and facilities.  With no shortage of bars, ice-cream parlours and restaurants.  (approximately 2 km – Distance time 30 min)
Island tour – Peschiera Maraglio is usually the starting point for exploring the island. Following the coastal road clockwise, a walk through the olive groves reaches Sensole, then the road becomes steeper and leads to the town of Menzino, where the Rocca Oldofredi-Martinengo stands majestically. Continuing northwards it is possible to reach Siviano, the capital of the island, a fortified hamlet in the Middle Ages, with tower houses and narrow streets. From there, a descent leads to Carzano, from where it is possible to see the island of Loreto. After resuming the coastal road, the route ends by returning to Peschiera Maraglio (approximately 9 km – Travel time 2h30).
Trekking to the Sanctuary – A challenging climb (path no.1) leads from the centre of Peschiera Maraglio to the ancient village of Cure, known for the artisanal production of “Salame di Monte Isola”. From Cure, a cobbled road leads in twenty minutes to the Sanctuary of the Madonna della Ceriola, overlooking the mountain from above and offering a breathtaking view (4 km – 1 hour and 30 minutes).

TOUR OF THE THREE ISLANDS
A boat tour to discover the islands of S. Paolo, Monte Isola and Loreto, starting from the pier of Sulzano. Discover the characteristic hamlets of Carzano, with the villas of Novali and Soardi, where every five years the fascinating Festival of Santa Croce (next 2020) is held, Porto di Siviano, with Villa Solitudine and Sensole, from which it is possible to see the ancient Rocca Martinengo.

HOW TO GET THERE
Ferries to/from Monte Isola – the scheduled ferry service is active every day of the year with a frequency of 15 minutes from the ports of Sulzano to Monte Isola-Peschiera Maraglio and 20 minutes from Sale Marasino to Monte Isola-Carzano. Info:  Navigazione Lago d’Iseo
Boats to/from Monte Isola – the regular boat service operates annually from the ports of Iseo, Sale Marasino, Sulzano and Tavernola Bergamasca. It is possible to reach the island from all coastal locations from the end of March to October.
Info and timetables: Navigazione Lago d’Iseo


Sport and nature in Monte Isola

Tour of Monte Isola on foot

One of the “most beautiful villages in Italy”, Monte Isola is the biggest populated European la...

Monte Isola is, as the name implies, a mountain on an island. One of “The most beautiful villa...

The Oldofredi castle in Peschiera Maraglio is located in a raised position in the southern part of...

In Peschiera Maraglio, in the Oratory of San Rocco (St. Roch) adjacent to the parish church, you ca...

Church of San Rocco in Masse

Masse (a small village of Siviano) is located on the road to Monte Isola passing through Senzano. It...

Church of San Severino in Senzano

In the district of Senzano, rural settlement located on the highlands of Monte Isola, you can find t...

After two years of work, the Bulgarian artist Christo opened his The Floating Piers project to t...

The Medieval Village of Novale

It consists of a group of homes located above the Carzano community shaped like a large balcony and ...

A private museum inside Monte Isola’s oldest fishnet factory. A vast collection of documents, a pe...

The fortress, which is reached from the Menzino district along a paved path which leaves the coast ...

Via Siviano, 1 Montisola (Bs) The parish church dedicated to the holy martyrs of Brescia, built in t...

Originally depending on Sale Marasino, the parish church of Peschiera Maraglio became independent in...

The church of San Giovanni Battista (St. John the Baptist) in Carzano, built north of the inhabited ...

The shrine stands at the top of Monte Isola, visible from all over the lake, and unifies the faithfu...

Montisola is the largest lake island in Europe. On the island you will feel as if you have gone bac...

The two islands of St. Paul and Loreto represent one of the most popular destinations for speed ...

Immersed in the green of the island, surrounded by olive trees, this studio apartment located a few ...

Large and bright apartment with independent entrance at the first floor of a single house with wonde...

The B&B is family run and has recently been renewed. Each room has bathroom, panoramic view, air...

The tranquility is the main feature that distinguishes this place that stands on the highest hill of...

Apartment My Home in Monte Isola

In a villa in front of the lake in the village of Peschiera Maraglio, new flat on the ground floor, ...

The holiday apartment “Isola Magica” is a very bright apartment (100 square metres) with a breat...

Apartment immersed in the wonderful landscape of Monte Isola. With its lovely lake view, you will fi...

Hotel Bellavista is located in Siviano, Medieval centre of Monte Isola, close to the Lake and to bea...

Activity open from June 8th, 2020 Albergo Canogola is located in Monte Isola, in the district of Por...

The Residence consists of 20 two-bedroom apartments, 10 with private garden and patio and 10 with te...

The guest house is located in the village of Cure, in the upper part of the island, not far from the...

Our B&B is situated in one of the most beautiful small traditional villages of the island and yo...

This B&B Verde Isola is located in Peschiera Maraglio, an old fishermen village, and stands just...

Where to eat in Monte Isola

List of restaurants, pizzerias and trattorias on Monte Isola, where it is possible tasting delicious...