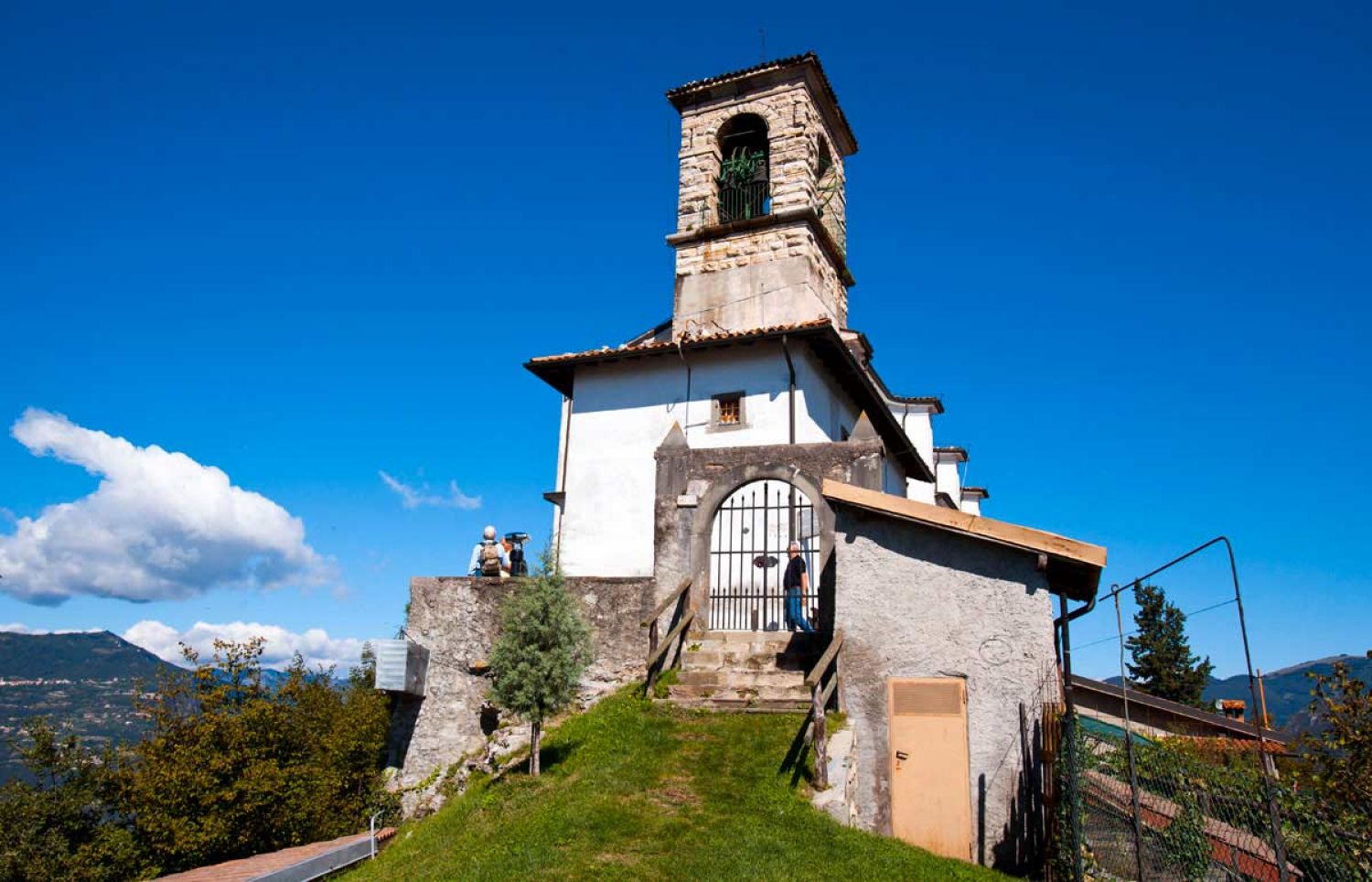 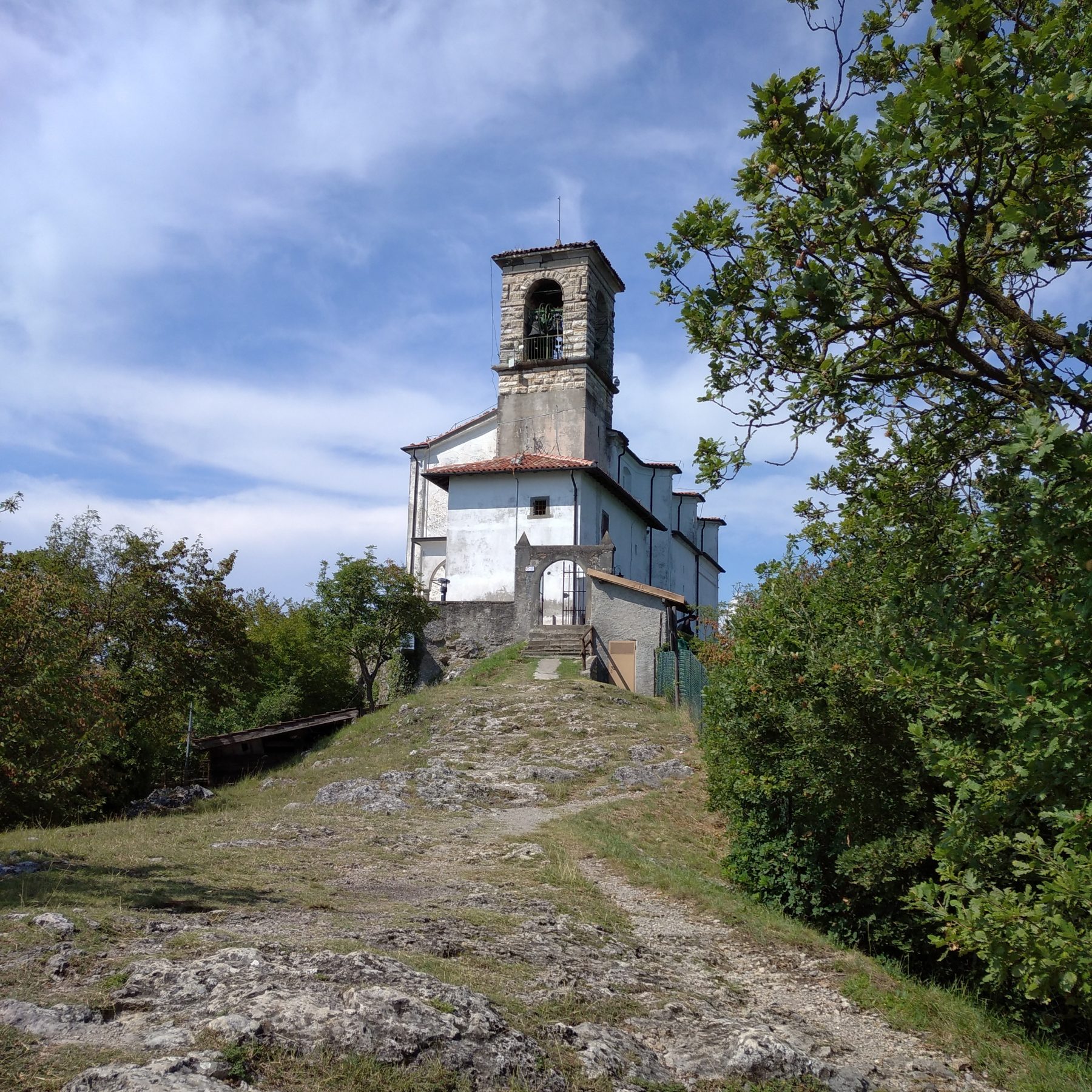 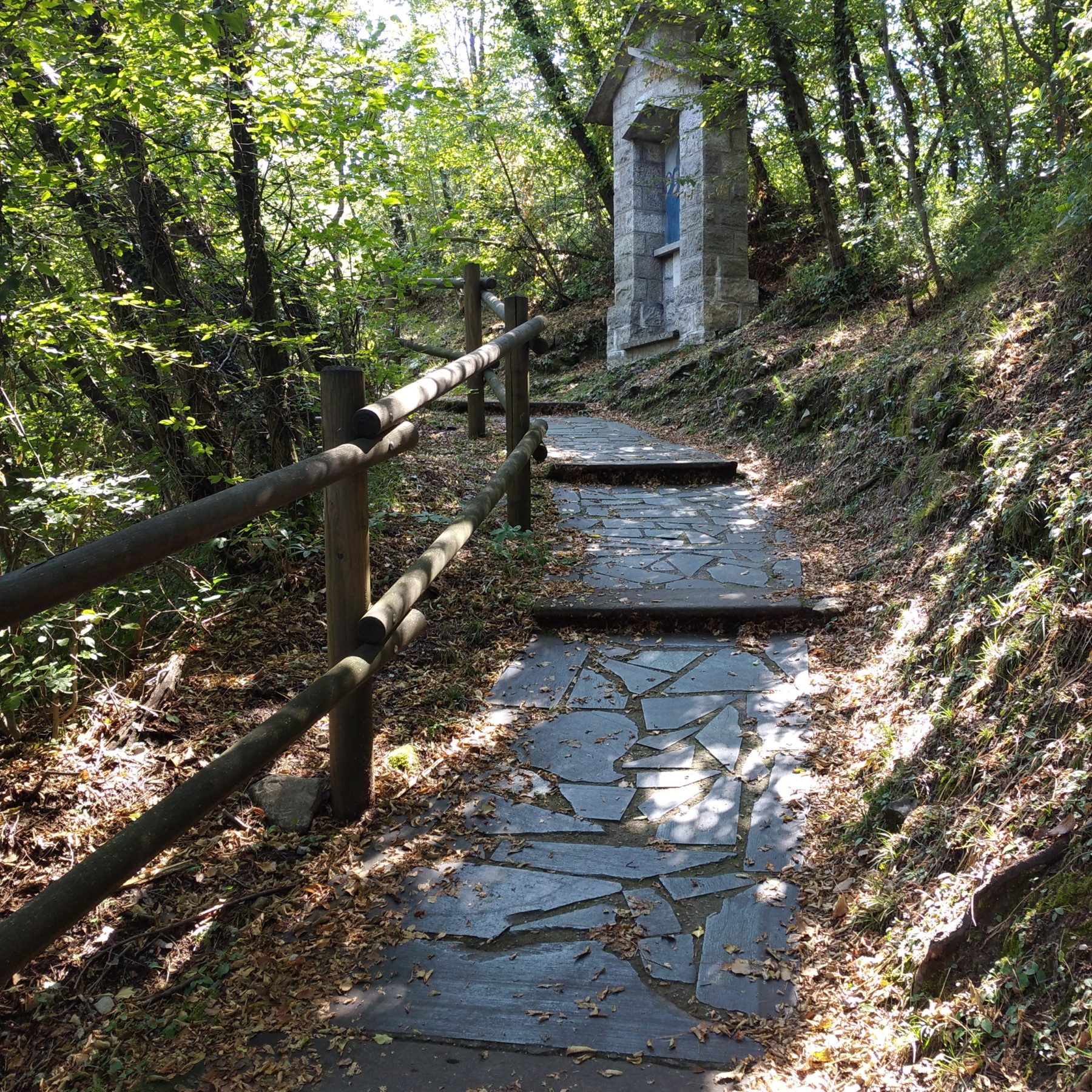 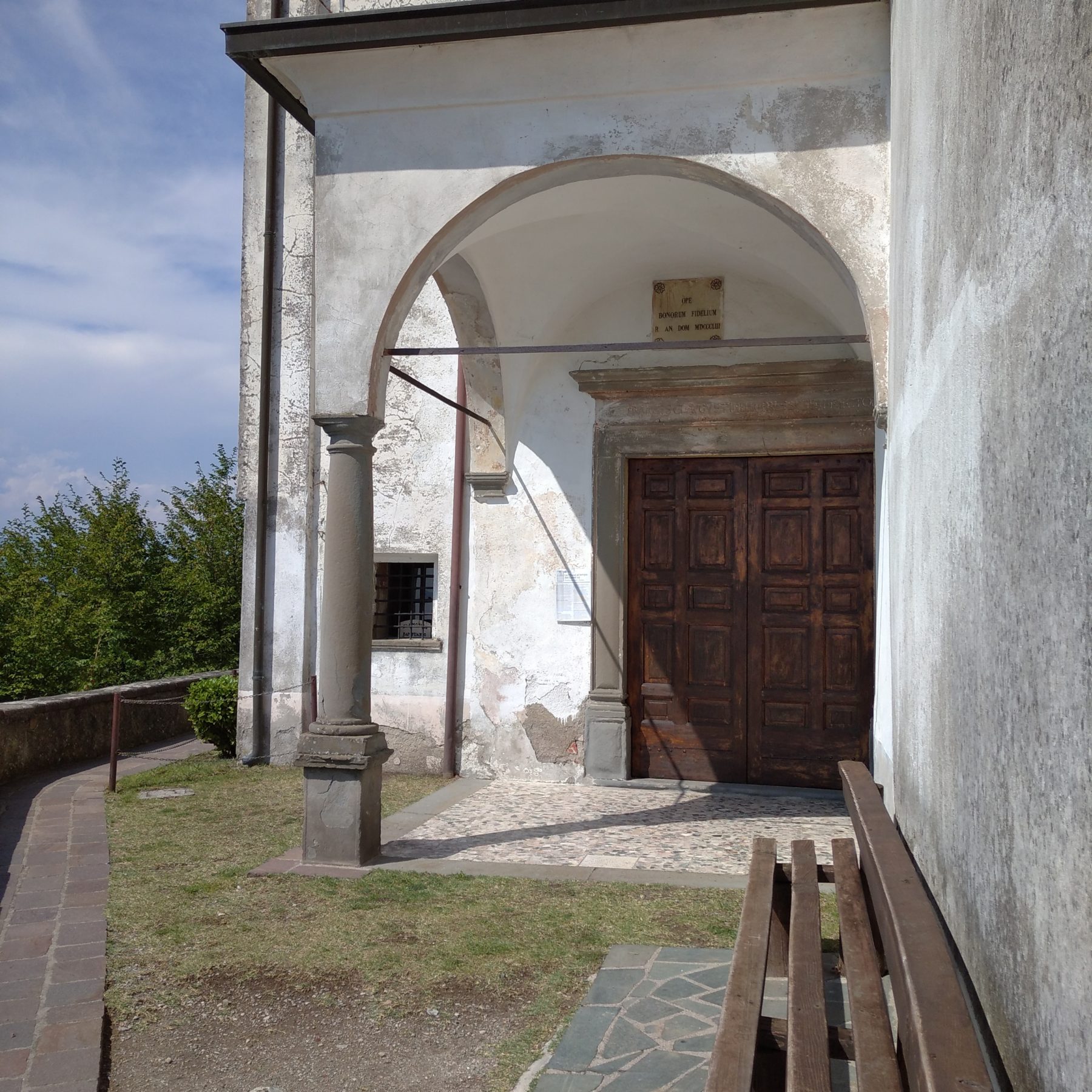 
The shrine stands at the top of Monte Isola, visible from all over the lake, and unifies the faithful of the various parishes on the island dedicated to the Madonna della Ceriola and the Feast of Purification. Originally the church, called Santa Maria de Curis, was the first parish church on the entire island, as documented in 1410. It is very likely that the site was frequented in pre-Christian times for cults related to the deities of the woods: some archaeological findings seem to support this hypothesis. The term Ceriola, however, maybe connected with the celebration of the feast of Candelora (Candlemas) that takes place on February 2nd.

The church is perched on a rock surrounded by a small churchyard; the view over the lake is truly stunning. The first construction is perhaps attributable to the 13th Century; it was followed by an expansion in the 15-16th Centuries and other modifications in the 17th Century that led to the construction of the sanctuary, much larger with a rectangular base and a dome, the barrel vault of the nave and the addition of two side chapels. In the mid 18th Century the vaults were decorated and a bell tower was built. The façade is unusual because the belfry and part of the guardian’s residence leant against it; the main entrance is a simple sandstone portal with a porch resting on a column and open on two sides.
The interior is rather opulent due to the use of decorations, pillar strips with capitals and plasters filling the single nave and even more so the sanctuary.
The 18th Century paintings of the nave and the sanctuary depict episodes of the life of the Virgin Mary; their workmanship is quite good with attention to the structural perspective and to full baroque style colour effects.
On the inside façade, after the building was struck by lightning, a fresco of the 15th Century phase of the church was discovered; it is an Imago pietatis, i.e. Christ dead and wounded who rises from the grave with the symbols of the Passion. Another fresco, a Madonna and Child of the 16th Century was also partially revealed. The sanctuary also preserves a nice collection of votive offering tablets donated by devotees who received grace from the Madonna; these small works are rather poor in workmanship yet provide an insight to the devotion and daily life throughout the centuries. St. Firmus often appears in the votive offerings, in association with the Virgin Mary, also worshipped in the chapel carved in the left side of the nave; the altarpiece depicts the Madonna and Child with Saints Joseph, Anthony of Padua, Firmus. The chapel on the right is in honour of St. Joseph and preserves an interesting painting, dated 1733 and signed Antonio Paglia, depicting the Death of St. Joseph.
The sanctuary is still separated from the nave by an elaborate 17th Century wrought-iron gate.
The altar table is made of black marble and forms the base of the baroque structure that rises up to the frieze from which the dome detaches: it is a large gilded wooden frame supported at the sides by columns with plant motifs and ending with a broken gable. The centre, in the first order, is divided into three niches with the wooden statues of Madonna of Ceriola (or of the Chair), between Saints Faustinus and Jovita. The upper portion proposes the same tripartition but without niches; in the centre there is a bas relief with God the Father blessing.
The sculptural complex appears to be the result of an assembly of elements from different versions, graded chronologically between the 16th and 17th Centuries. Golden crowns have been added to the Madonna and baby Jesus; the Virgin’s mantle, compared to that of the two saints, seems more elaborate and more accurate in defining the folds, in particular the portions covering the lower limbs. Due to the angularity and the refinement of the clothes, the Virgin Mary seems to be a more ancient work of art. The latest works are the mural paintings (1924) by Achille Locatelli on the walls of the sanctuary and the inside façade.