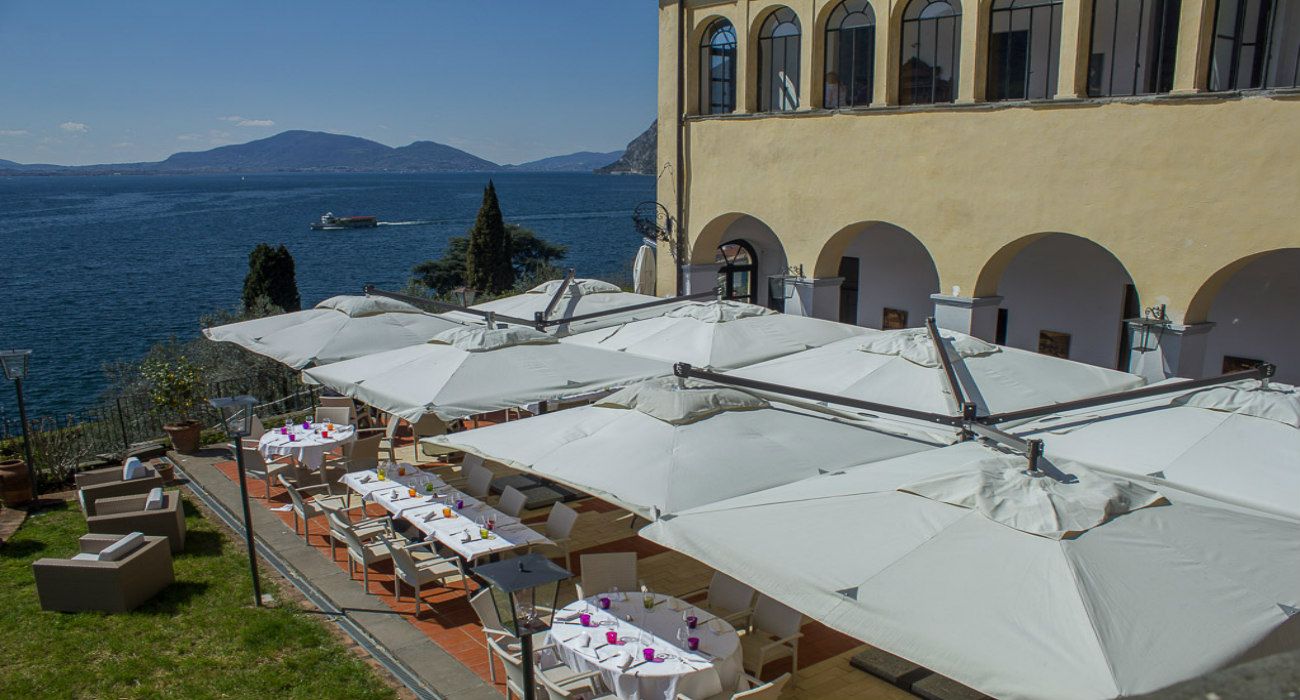 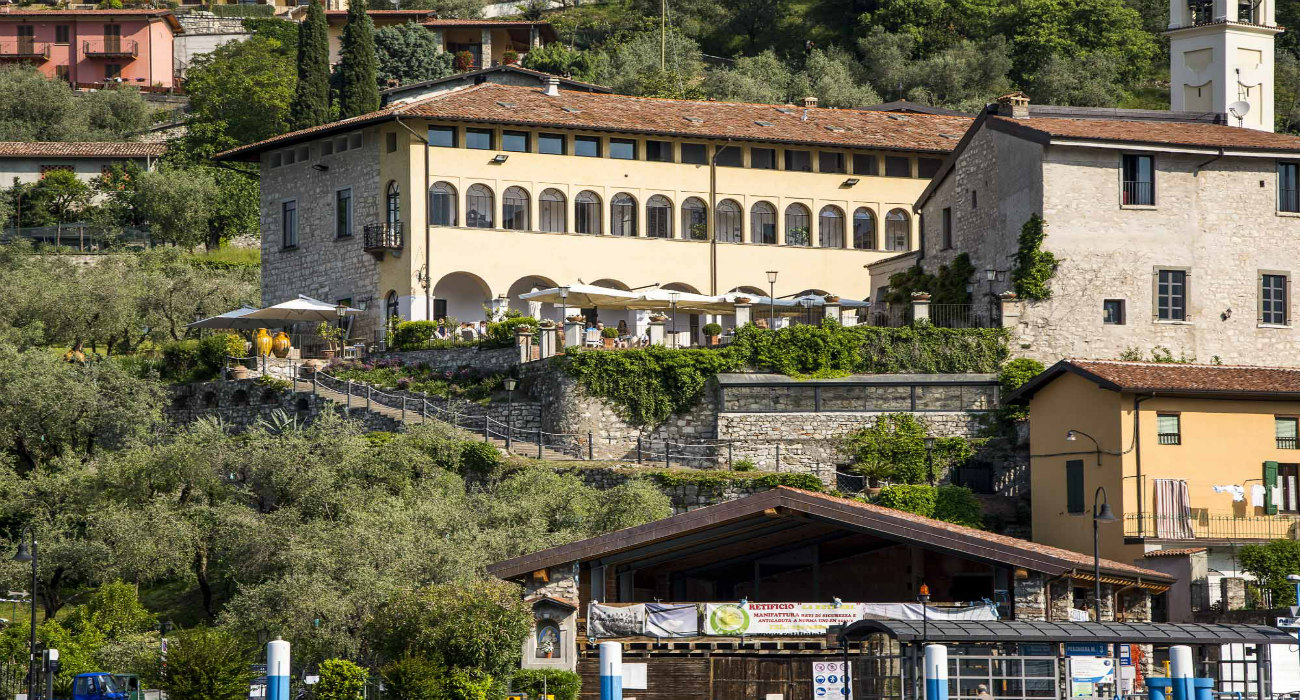 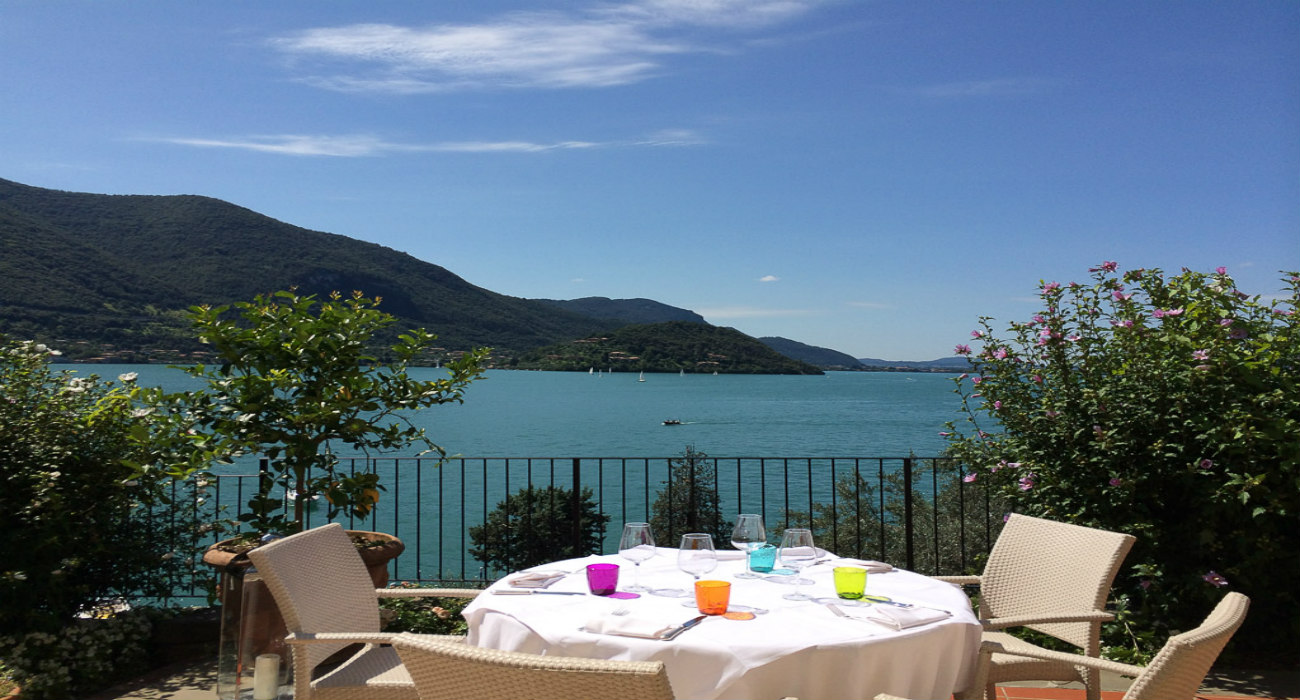 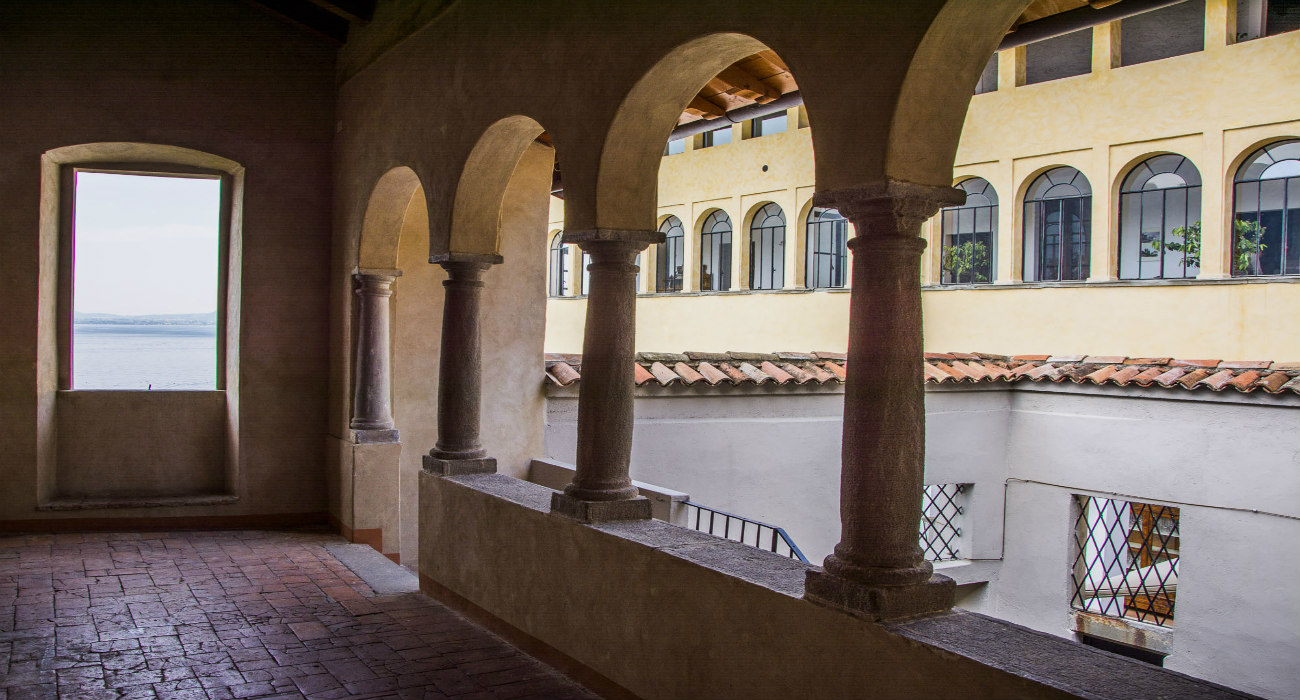 
The Oldofredi castle in Peschiera Maraglio is located in a raised position in the southern part of the village and probably, in ancient times, formed one of the southern limits. It was one of three fortifications built to defend Montisola: the second was the fortress Oldofredi Martinengo in Sensole and the third was in Siviano. Like the Sensole castle, with which it is often confused in many sources, the Peschiera castle was also owned by the Oldofredi family.
A tower may be used by Frederick Barbarossa in 1162 as a military observation point. The first document attesting the presence of a castle in Peschiera is a notarial deed dated 26 March 1488 signed “in Peschiera of Montisola” in the “Oldofredi residence”. In the deed, Arrighino and Tonino, sons of Oldofredo Oldofredi from Iseo, sell two-thirds of their irrigation rights to the water drawn from the River Oglio to the municipality of Rovato.
In 1497 the queen of Cyprus Catherine Cornaro stayed here during her journey to Brescia and the province to meet her brother George, recently elected mayor of the city. In the Cadastre dated 1610, Giovanni Da Lezze describes the fortress with a high ancient tower and mentions the presence of many houses within its walls.
The castle exchanged hands many times during the 19th and 20th Centuries: first to the Oldofredi Tadini branch, then to the Maraglio family, from which it takes one of the names by which it is known, and finally to the Agnesi family. These changes brought about significant modifications and demolitions that determined its present appearance. Currently the property is used as a residential complex and restaurant.
The complex consists of several buildings built around an open courtyard on the southern side. The main entrance is located near to the church of San Michele (St. Michael) [55], which borders with the castle, but the courtyard can also be reached by a set of stone steps that starts from the lakefront on the southern side. The originating centre was almost certainly built in the Middle Ages, but over the centuries it has been renovated several times, both internally and externally, to turn it into a stately residential complex.
In particular, the portico with pointed arches and the overhanging dovecote at the north-eastern entrance all leant against it; the loggia with Sarnico stone columns and pillars were added along the eastern side, and along the western side the portico with seven arches and overhanging loggia with fourteen arches, which originally boasted architectural elements in Sarnico stone, replaced in recent times by masonry pillars.
The most ancient part consists of the building facing the lake, while the more recent part is upstream, featuring exposed masonry that has been largely rebuilt. On the southern side of the ancient centre there was the tower described by Giovanni da Lezze in 1610 and demolished around 1870. There is an exquisite gothic fresco of Lombard style dated 1458 on an outer wall of the ground floor. The painting depicts Madonna and Child on a Throne seated on a throne with a greatly partial view.
Thanks to recent renovation work, several medieval walls have been brought to light, connoted by the presence of joint sealings, and have revealed torn fragments of decorative late medieval mural paintings, located on the first floor of the northern side. On the main floor there are halls with wooden 18th Century painted ceilings.

Choose to overnight inside the castle

Among the old olive trees the huge ‘Castello Oldfredi’ appears, a historical property that domin...