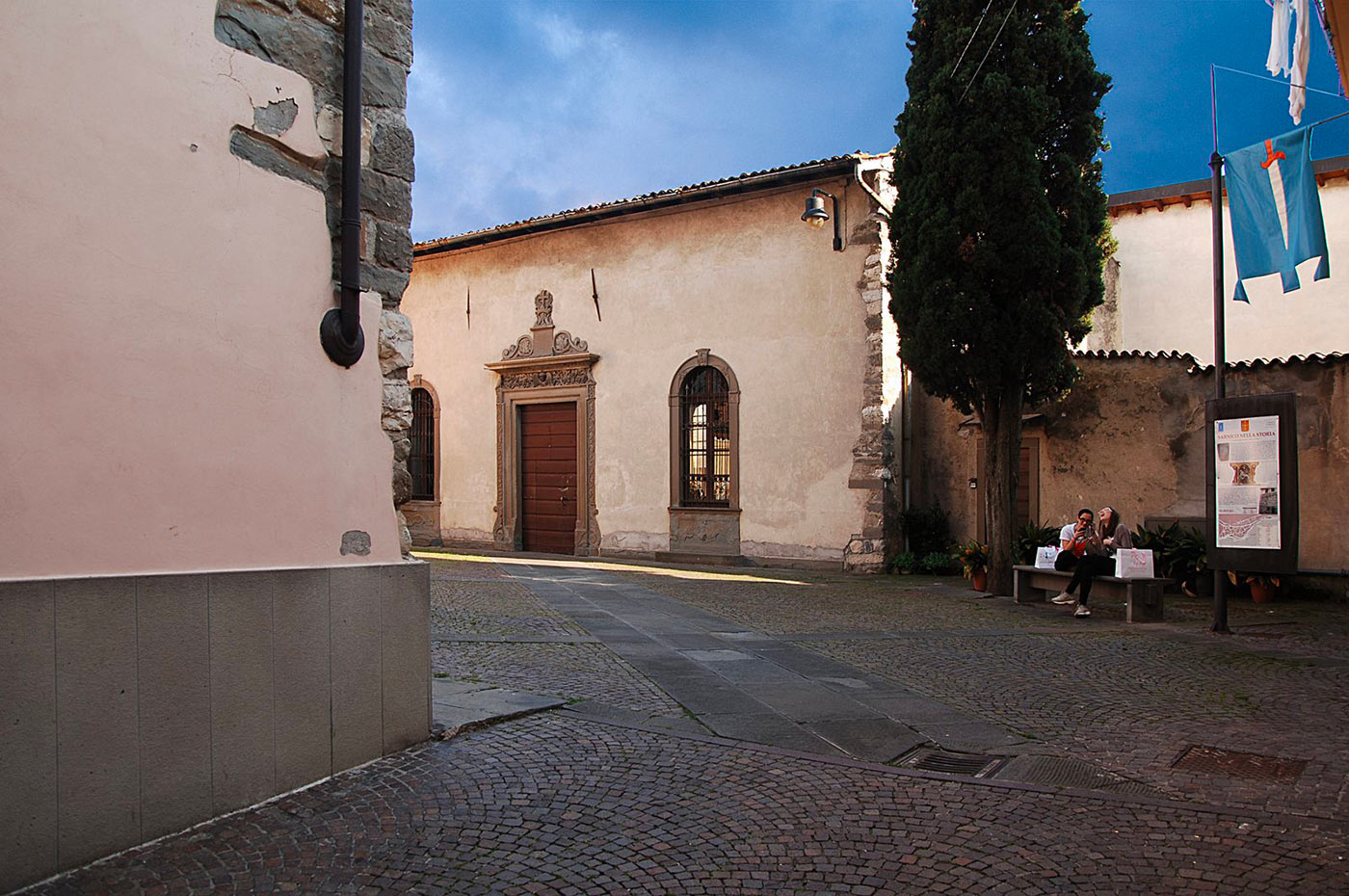 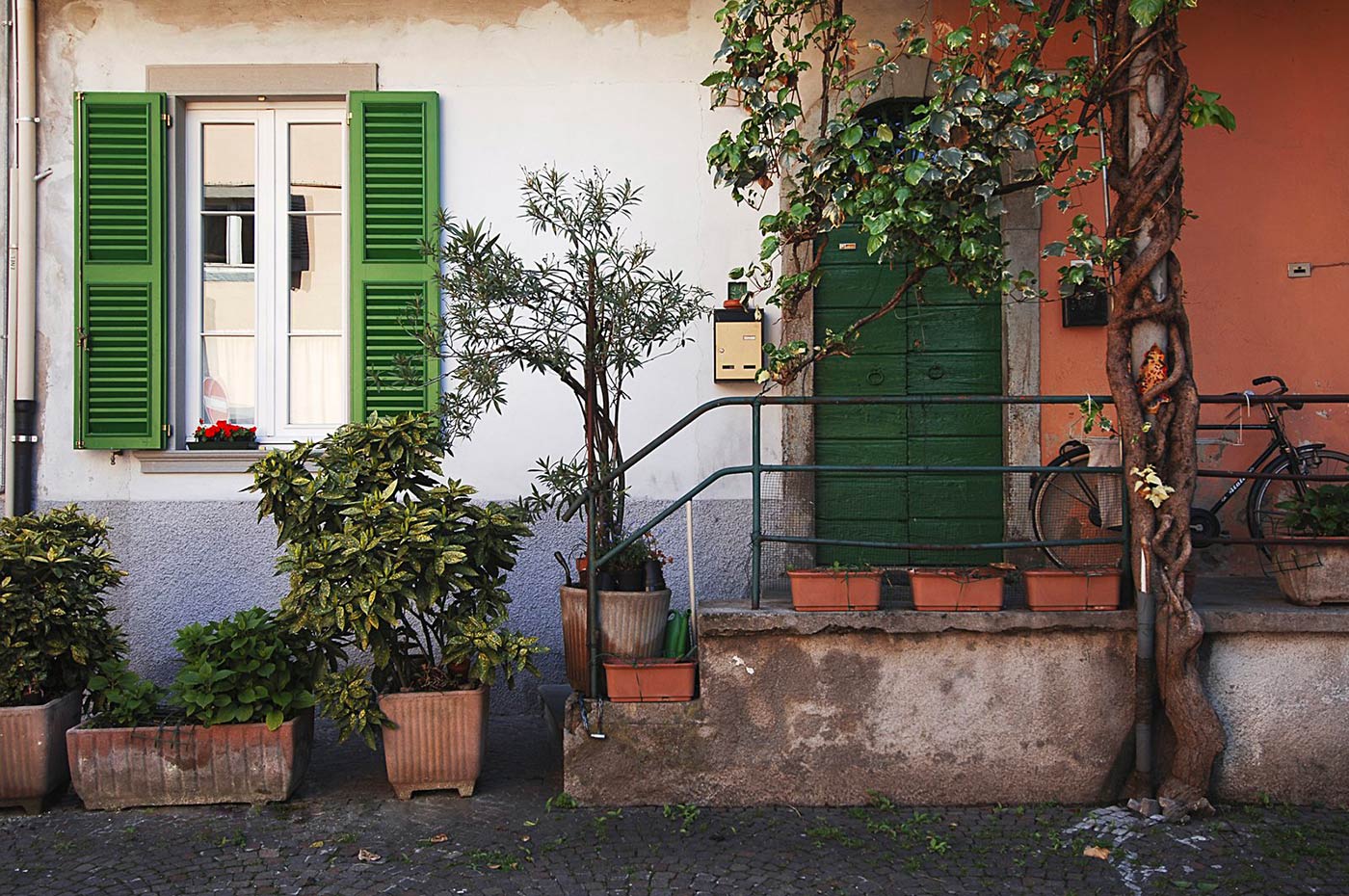 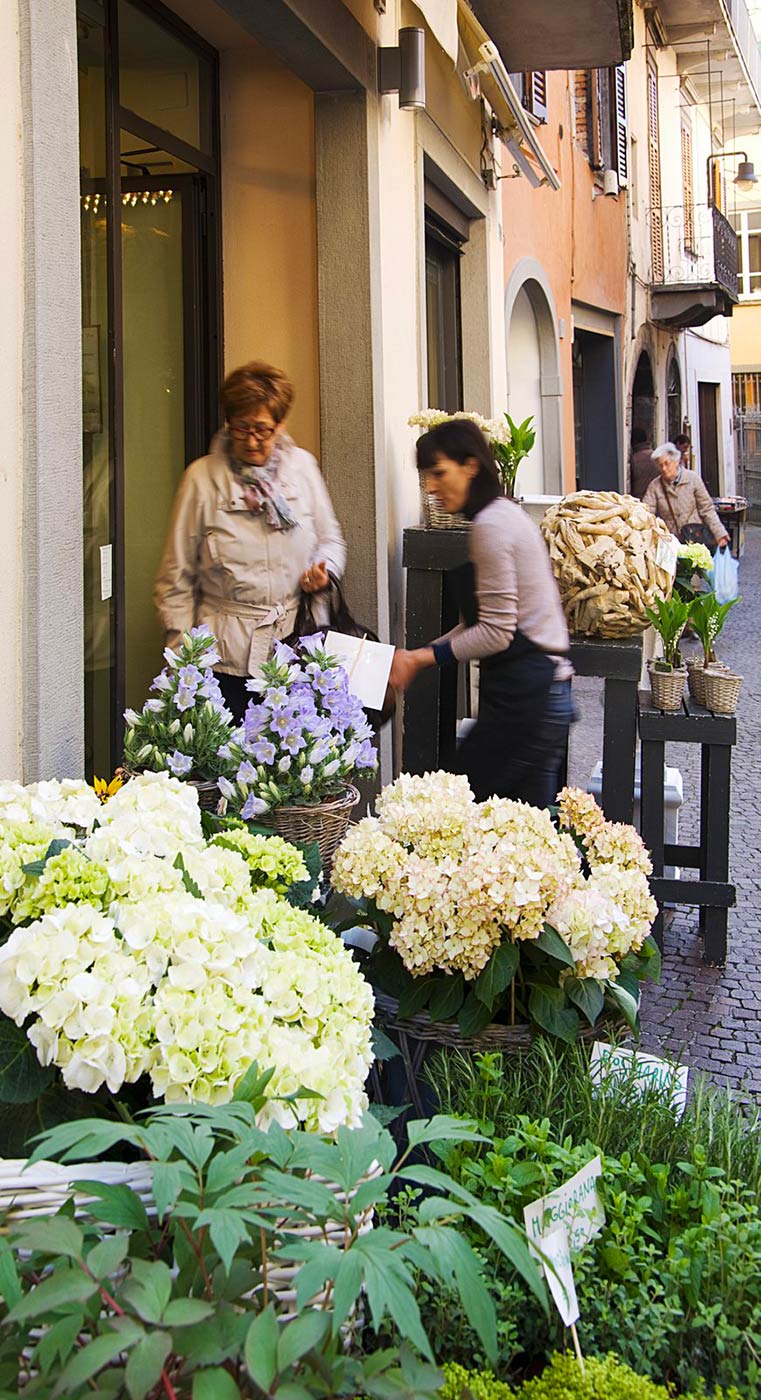 
Sarnico, located on the northern bank where the lake narrows down to become the River Oglio, dominates the southern part of Lake Sebino. This delicate area was constantly given due attention by the inhabitants of the lake who controlled the water for fishing activities, to irrigate the plain and carry goods across the Oglio river first, and the Fusia watercourse afterwards. The most ancient document about Sarnico talks about fishing with traps: in 861, its piscaria (fish market) was donated by Emperor Ludwig II to the monastery of St. Julia in Brescia.

In view of the strategic position with the territory of Brescia, prominent feudal families in the Lombardy area settled in Sarnico during the Middle Ages. Thanks to these families, in particular the Count of Bergamo Giselberto IV, the church of Santa Maria di Negrignano (St. Mary of Negrignano) [Itinerary C] was donated to the Cluniac monastery of San Paolo d’Argon (St. Paul of Argon) in 1081, with a vast heritage.  San Paolo d’Argon further expanded its possessions and in 1122, the court of Sarnico was including three chapels.  The rights of San Paolo d’Argon were then acquired by the Martinengo and Counts of Calepio who ruled Sarnico and val Calepio for centuries. In the 12th Century, the centre was involved in long uprisings between Brescia and Bergamo to control the territory of Sebino.

In the Middle Ages, the layout of Sarnico was characterised by the centre closed inside the walls with three doors, dominated by the castle. Of the ancient fortresses, some portions of towers and various ruins of the ancient walls on the exterior of some houses, are still preserved.  The ancient heart of the city is an interlacing of alleys and underpasses, narrow squares, palaces with loggias and porticos, portals with coat of arms of noble families. The entire ancient area, located on a sort of natural embankment facing the lake, revolves around the Church of San Paolo (St. Paul) (dating back to the 15th Century but of more ancient origins) where an embrasure can be noticed, belonging to the ancient castle.

The construction of Zucchelli fortress in the 12th-13th Century which was dominating the inhabited settlement from the north and was rising in Molere district, also relates to the events that took place in  the Middle Ages:  of the fortress, destroyed and rebuilt a few times, the ruins near the large cross on the top of the hill are still visible.

After the Treaty of Lodi (1454), Sarnico finally went under Venetian ruling and the new season of peace was interrupted solely to attach and destroy the castle  (1521) by the Landsknechts during the war against Charles V. Thanks to the new stability and to the favour of the Venetians, Sarnico consolidated its vocation of trade centre. The sandstone quarries assumed particular importance, the typical grey stone referred indeed as from Sarnico, which was extensively used in civil and religious architecture, not only in the Sebino area. These sites were employing hundreds of quarriers until they closed down. The city developed around the square on the port, while the religious core – the Church of San Martino (St. Martin) – was rising at the suburbs of the settlement: today it is still standing in its 18th Century reconstruction, which retained anyhow part of the ancient structures, visible in the external side walls and first chapel on the left.

In 1796 Sarnico was incorporated in Napoleon’s Cisalpine Republic: it was the seat of the magistrate’s court (corner building between via Albricci and via Piccinelli (Albricci street and Piccinelli street)) and was featuring a gendarmerie (in the former Gervasoni building, now Biblioteca e Pinacoteca “G. Bellini” (Library and Art Gallery “G. Bellini”). In 1817 a wooden bridge was built that permanently connected Sarnico with the province of Brescia (the iron bridge was built in 1889). In the first half of the 19th Century, lake navigation was introduced with ferries, road connections were improved and the port and lakefront upgraded, however Sarnico was still described as a village with a small territory fairly cultivated with olive trees, vineyards and mulberries.

In the 20th Century, the village underwent a new transformation linked to the further economic development and the presence of a prominent family in the Lombard entrepreneur sector: Sarnico was enriched with sinuous Liberty shapes, thanks to the masterpieces of Giuseppe Sommaruga for the Faccanoni family and the emulation stirred among the local middle class.

After the Second World War, a series of new industries spurred a quick massive urban development, followed by works for the tourist exploitation of the town, its lakefront and promenade.

The urban planning layout of Sarnico is intricate. However, when coming from the Brescia area of the Lake Sebino, the town appears at first, as a centre of squares and buildings from the 19th and 20th Century, paced by porticos and facades with long balconies. Near the crossing between the two coasts, the small alleys of the historic centre open up, which climb up to the ancient part of the village. The most modern part of the inhabited centre is located instead on the right side of the bridge, which also includes shipyards and bathing establishments.  Here there is also the ancient Cluniac settlement of Santa Maria di Negrignano, transformed in industrial complex and recently restored as facility to host cultural initiatives [Itinerary N].

Moreover, from the small urban centre, it is possible to venture at the discovery of the small villages of Fosio and Castione, originally belonging to the municipality of Villongo Sant’Alessandro, but joined to Sarnico in 1929 and now permanently connected to the centre. Fosio was famous for a melting oven, the first town market and the Chapel of the Black Death built in 1630; the small centre of Castione, from where Zucchelli fortress located above can be reached, preserves the church of Santi Nazaro e Rocco (St. Nazarius and Roch) (with frescoes from the 12th, 15th and 16th Century).