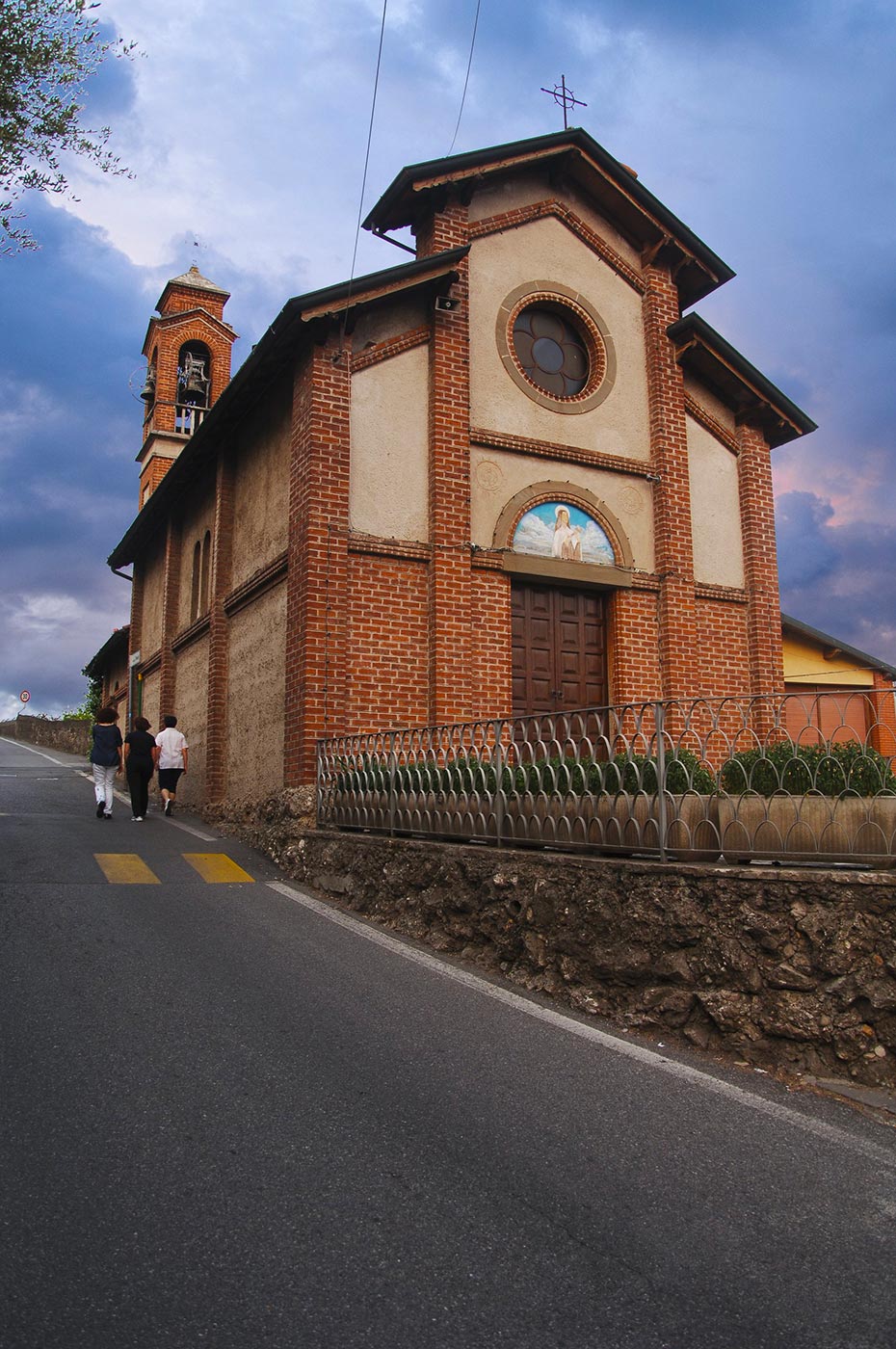 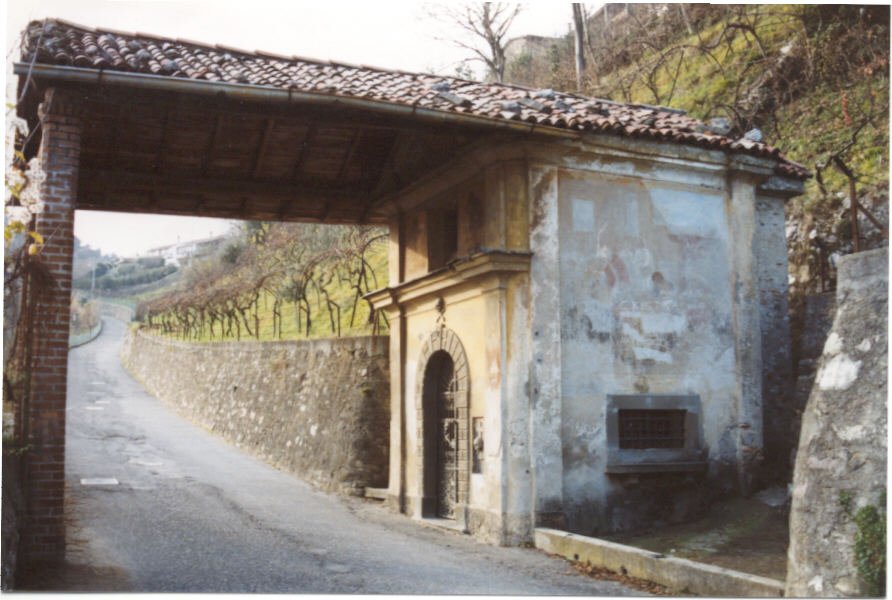 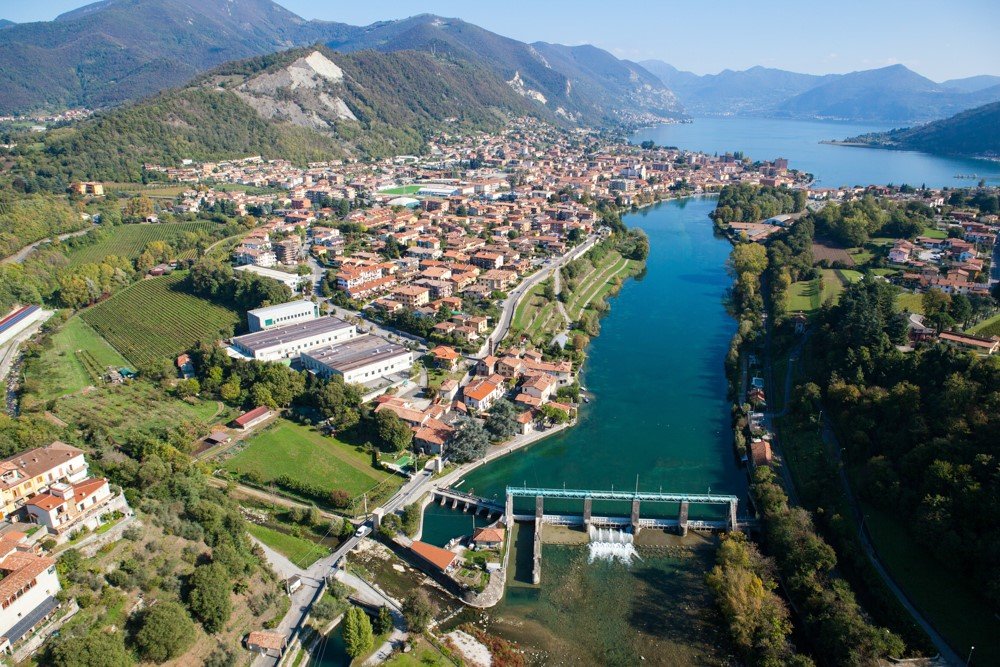 
Crossed the bridge that connects Paratico to Sarnico towards Bergamo bank, it is possible to follow for a small section, the water stream flowing to the dam. In that point, the Lake Sebino changes name into Oglio river. It is reached through a fairly raised and panoramic road (via Manzoni (Manzoni street)) that allows viewing the natural narrowing of the lake basin.

From the Chapel of the Black Death of 1630, in the highest point of via Manzoni, it is possible to get to Fosio district (not a hamlet) which is currently linked to Sarnico village centre. From there, the road descends until a narrow inhabited centre that was belonging to the municipality of Villongo Sant’Alessandro until 1929. Fosio, like Castione, were incorporated in the municipality of Sarnico following the re-organisation of districts by Mussolini. After all, the citizens of the small district had already requested this annexation in 1921. Thus Fosio was able to experience a new social, economic and religious life.  In particular, a new settlement was created thanks to the great construction work of the dam (1931-1933).

However, the social and economic complicity between Fosio and Sarnico dates back to ancient times. Around mid 16th Century, the village with its port hosted the first market of Sarnico, favoured by the navigation of the artificial watercourse Fusia with rafts that were carrying goods to Palazzolo and the surrounding territory of Brescia. Over time, the market gradually moved to the squares in front of Sarnico village centre facing the lake.

The votive Chapel of the Black Death of 1630 was erected by the community of Sarnico in 1633: preceded by a portico supported by two pillars, it was depicting macabre images for the meditation of wayfarers and inhabitants. The chapel was restored in 1787, eight years after smallpox had devastating effects on the village; it was then closed to cult and turned into a warehouse. The chapel resumed its original purpose in 1836, when Sarnico was affected by an outbreak of cholera. The frescos were covered by paint. They were brought back to light and today they are visible with their exhortations on the pillars of the portico. In 1938 the chapel was embellished inside with the images of St. Roch, by Tarcisio Zambelli and St. Charles, by Bengiutti of Ponteranica.

The Church of Santa Teresa del Bambin Gesù (St. Thérèse of the Child Jesus) rises near the dam. It is the most modern in Sarnico area, built in 1929 to satisfy the needs of Fosio population. It was designed by architect Dante Fornoni of Bergamo, son of his more renowned father Elia. The church features a single pointed nave, of simple construction, with a single altar at the centre. The decorations and interior paintings are by the same artists who worked in 1938, in the Chapel of the Black Death.