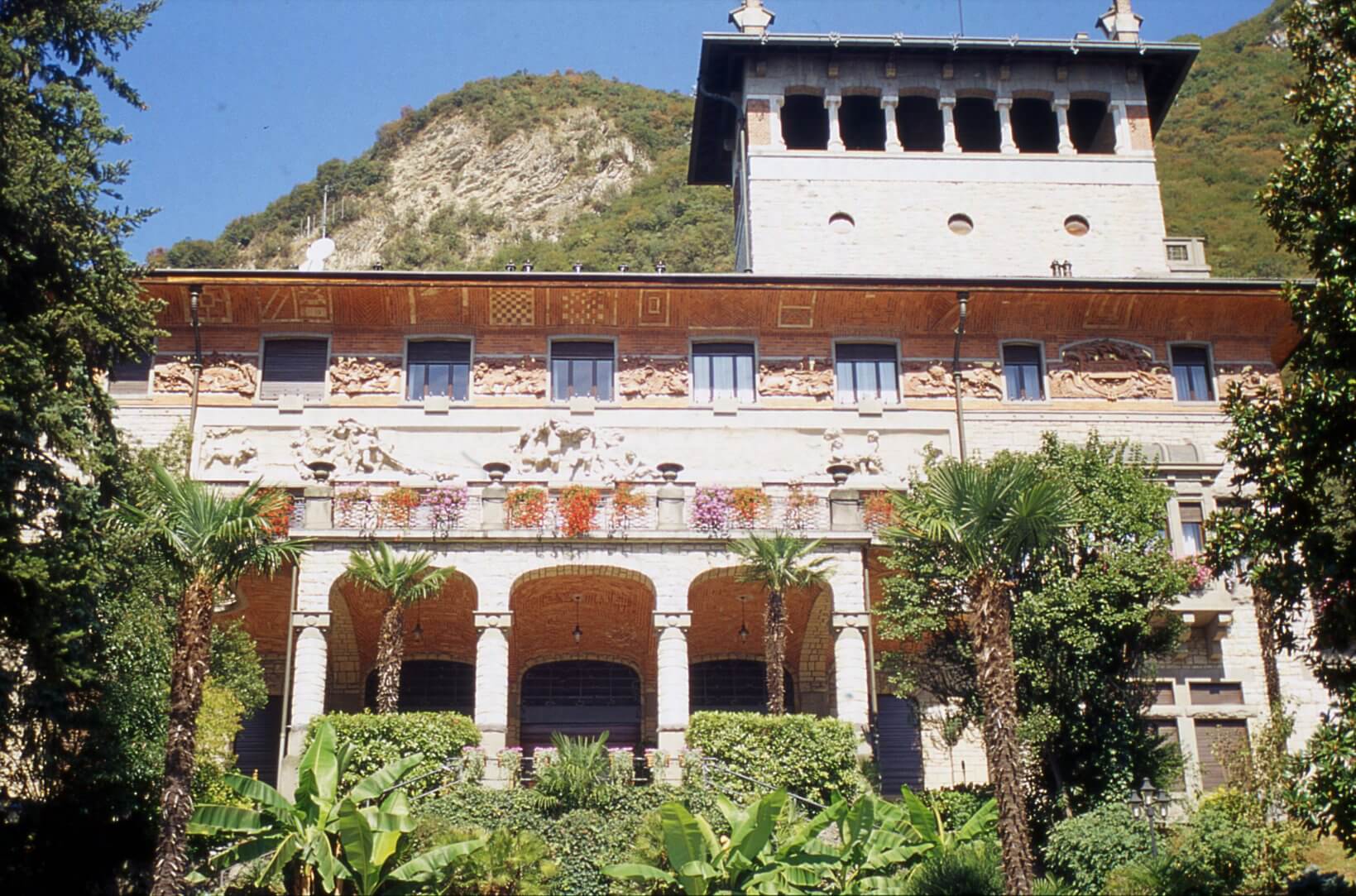 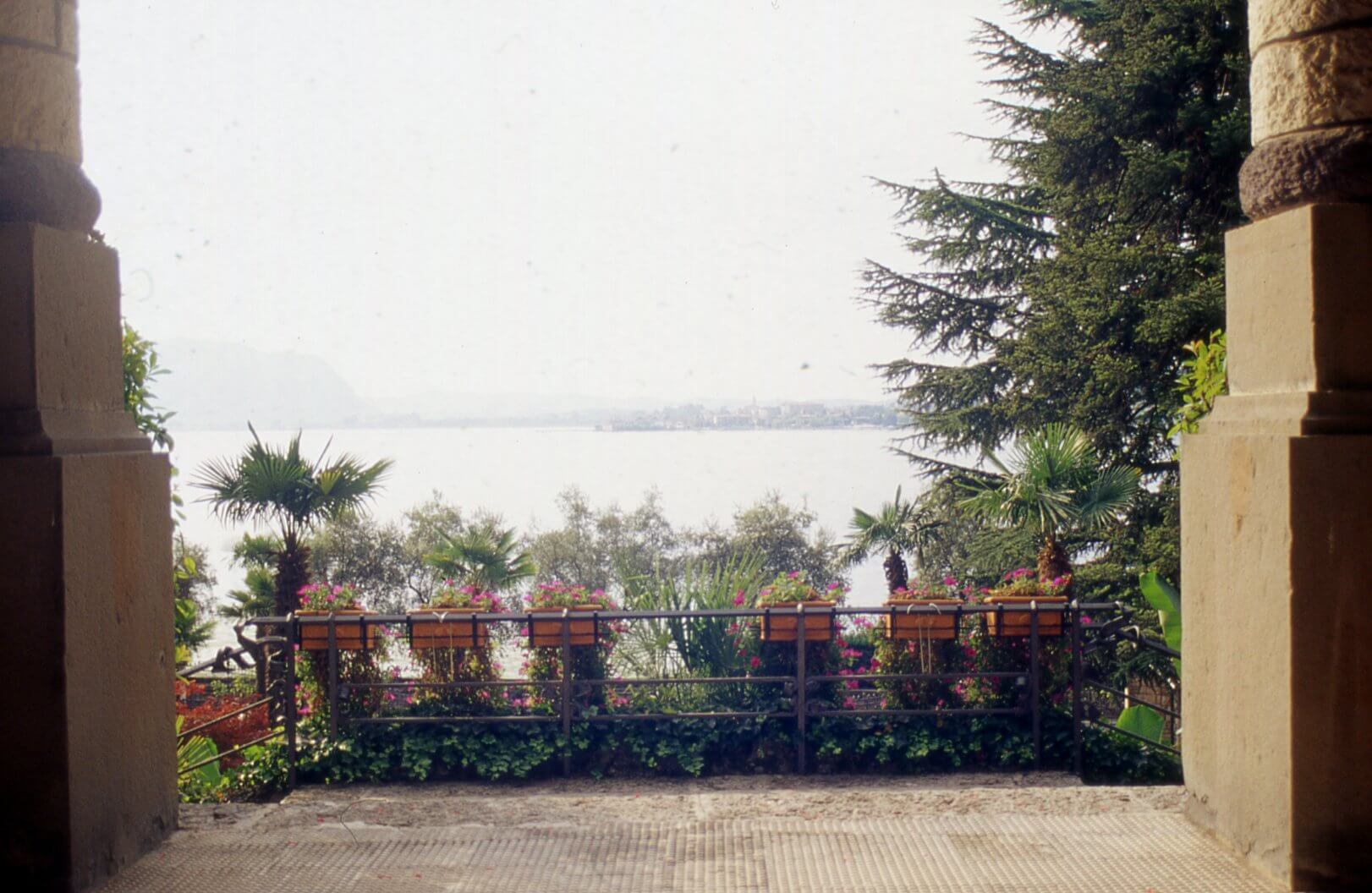 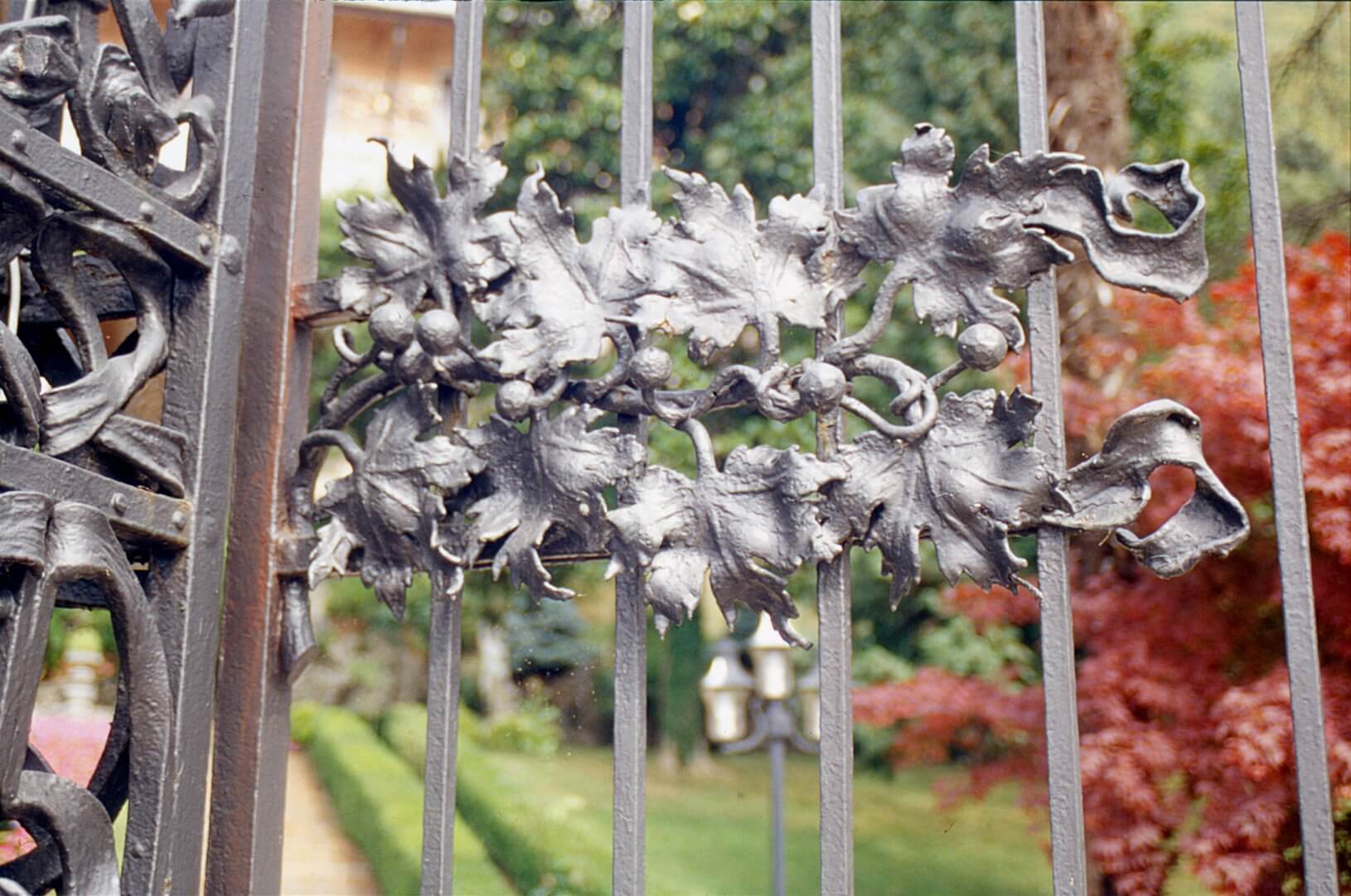 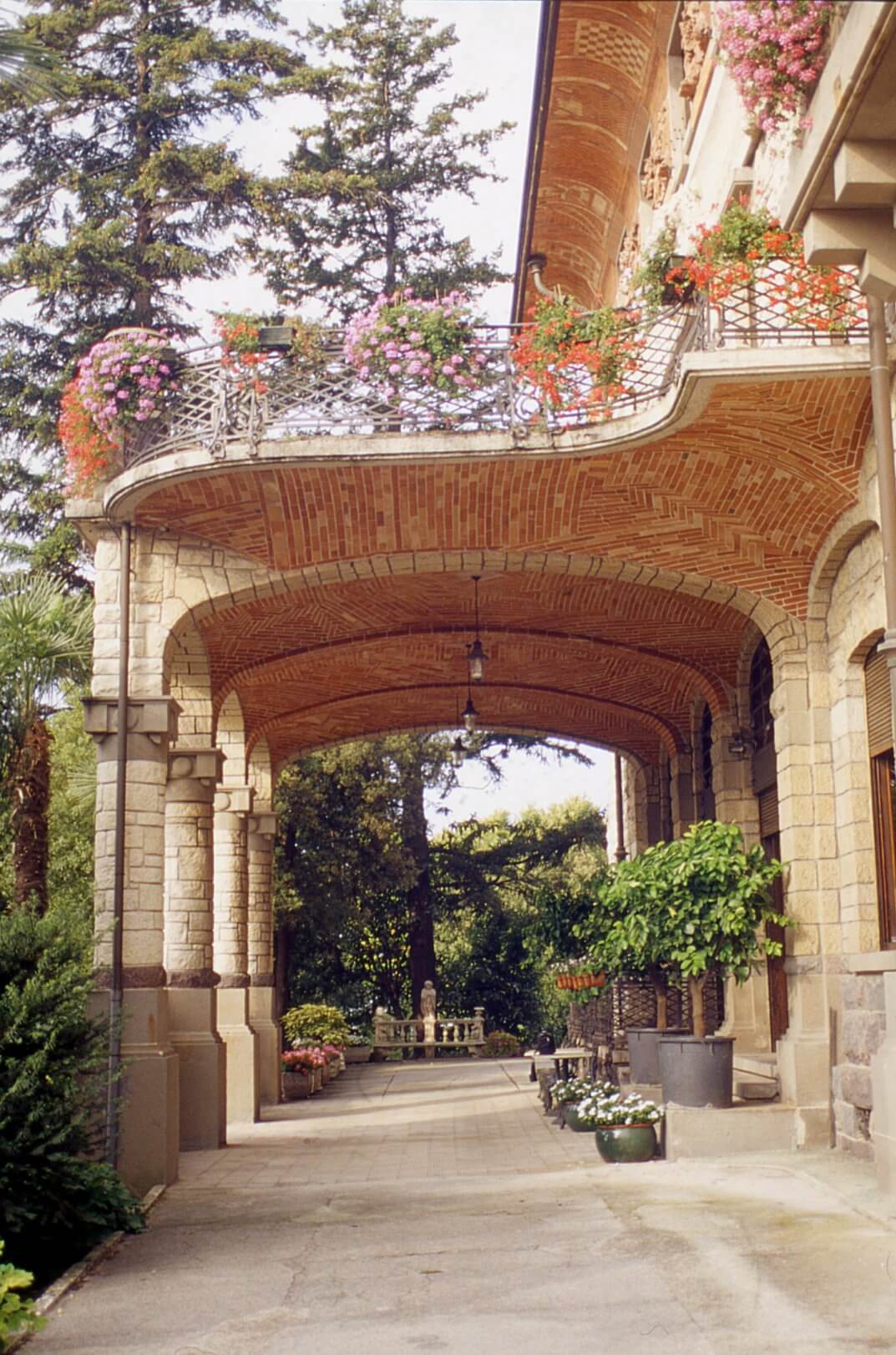 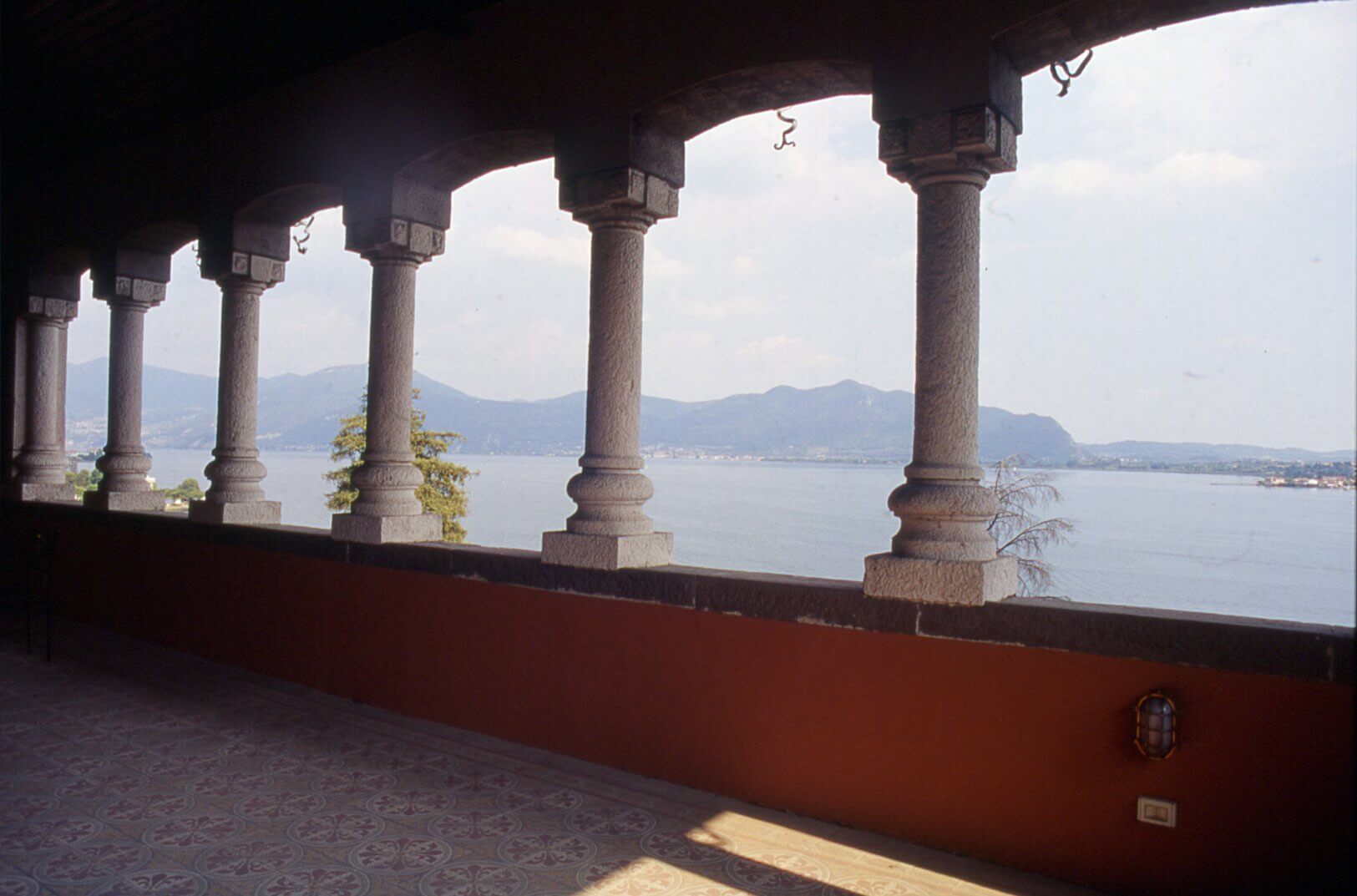 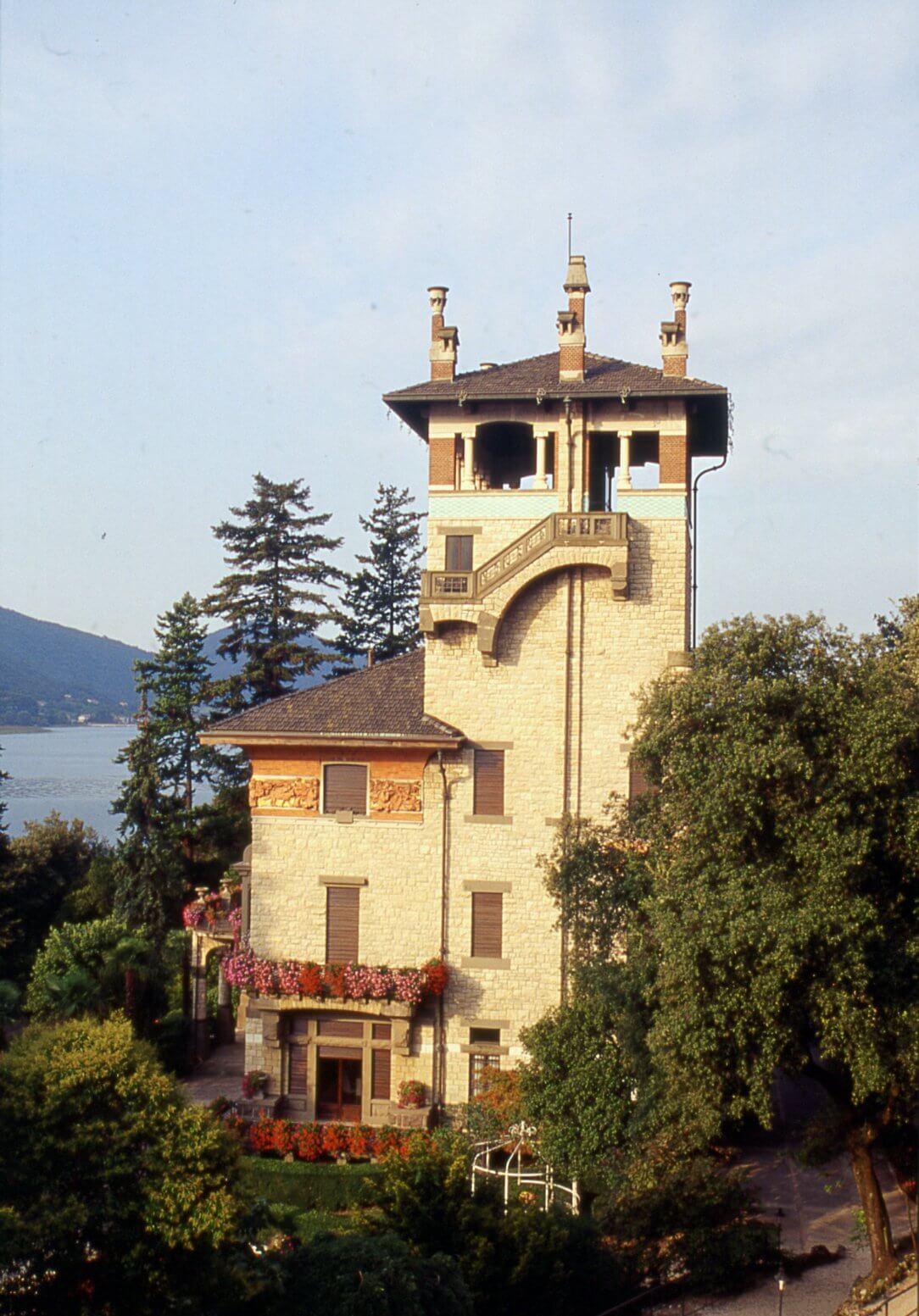 
Immense Villa Surre (1912) stands on the lakeshore road connecting Sarnico and Predore: Luigi Faccanoni had it built and its name is derived from the place where it is located. Joined to the lake by a raised metal walkway, the villa is surrounded by a lush and picturesque park with artificial grottoes and an exedra entrance. The building’s rectangular mass is entirely covered with white stone; the façade facing the lake is embellished by large cement high reliefs by E. Bazzaro and ends with a decorated terracotta band beneath curved eaves.
Located in the middle of the facade, the main entrance consists of a cantilever roof with a balcony and wide lateral staircases. The exterior of the villa is in good condition, excepting the terracotta decoration which appears corroded and marred by pollution. The villa’s configuration is a union of rare elegance, in which elements of medieval inspiration combine romantically with others of Renaissance and manneristic backgrounds: the loggia tower covered with white stone combined with the window lintels in grey stone, the terracotta decorations beneath the eaves, the artificial grottoes, the rear entrance enhanced by small obelisks. The wrought iron elements were made by A. Mazzucotelli and a strong link can be noted with the decorative motifs of the high reliefs in cement: these all serve to emphasise the singularity of the concept of the decorative measures, conceived by Art Nouveau artists as forming a coherent whole. Villa Surre is one of the five architectural works in Art Nouveau style in the town of Sarnico.