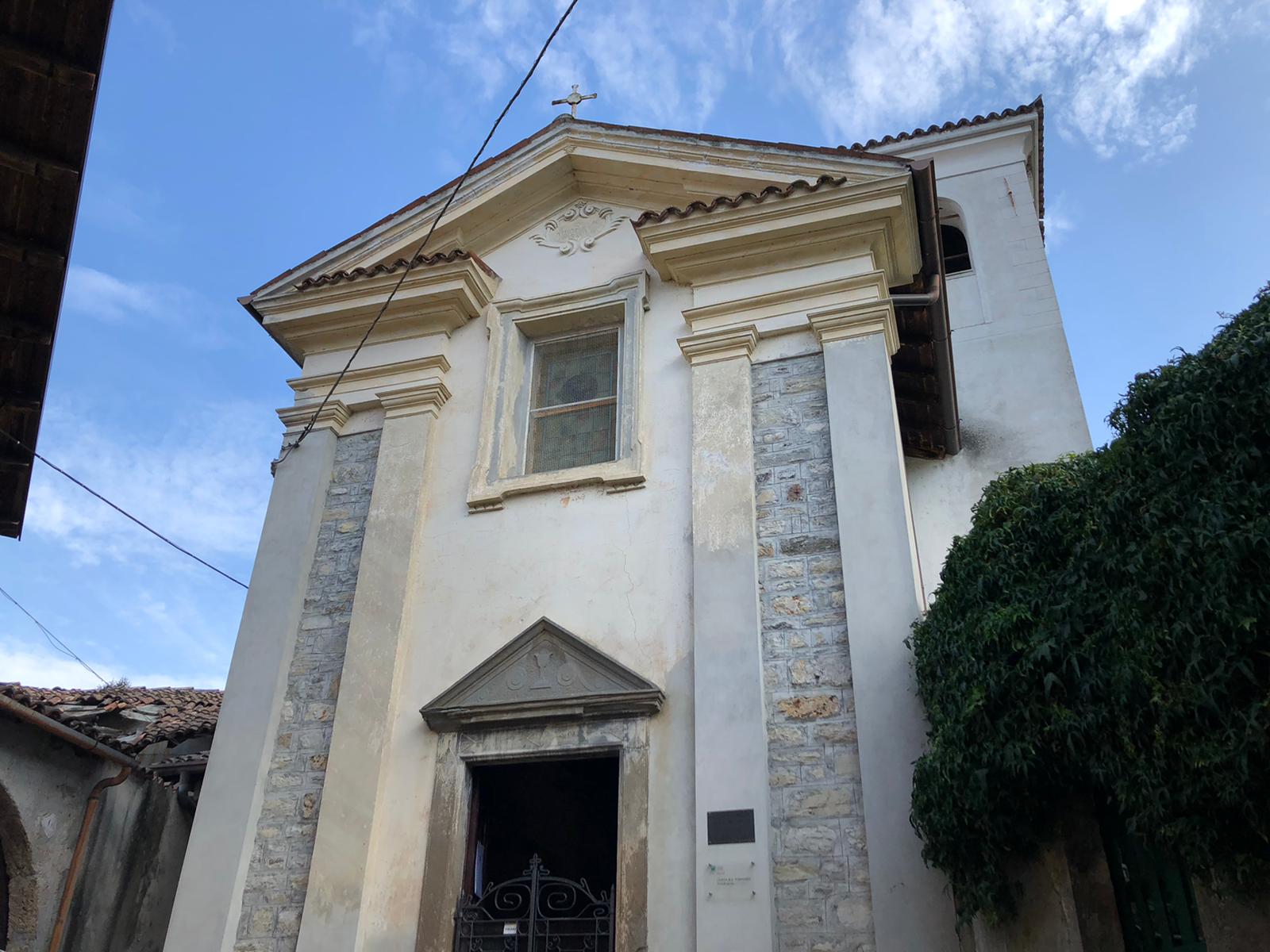 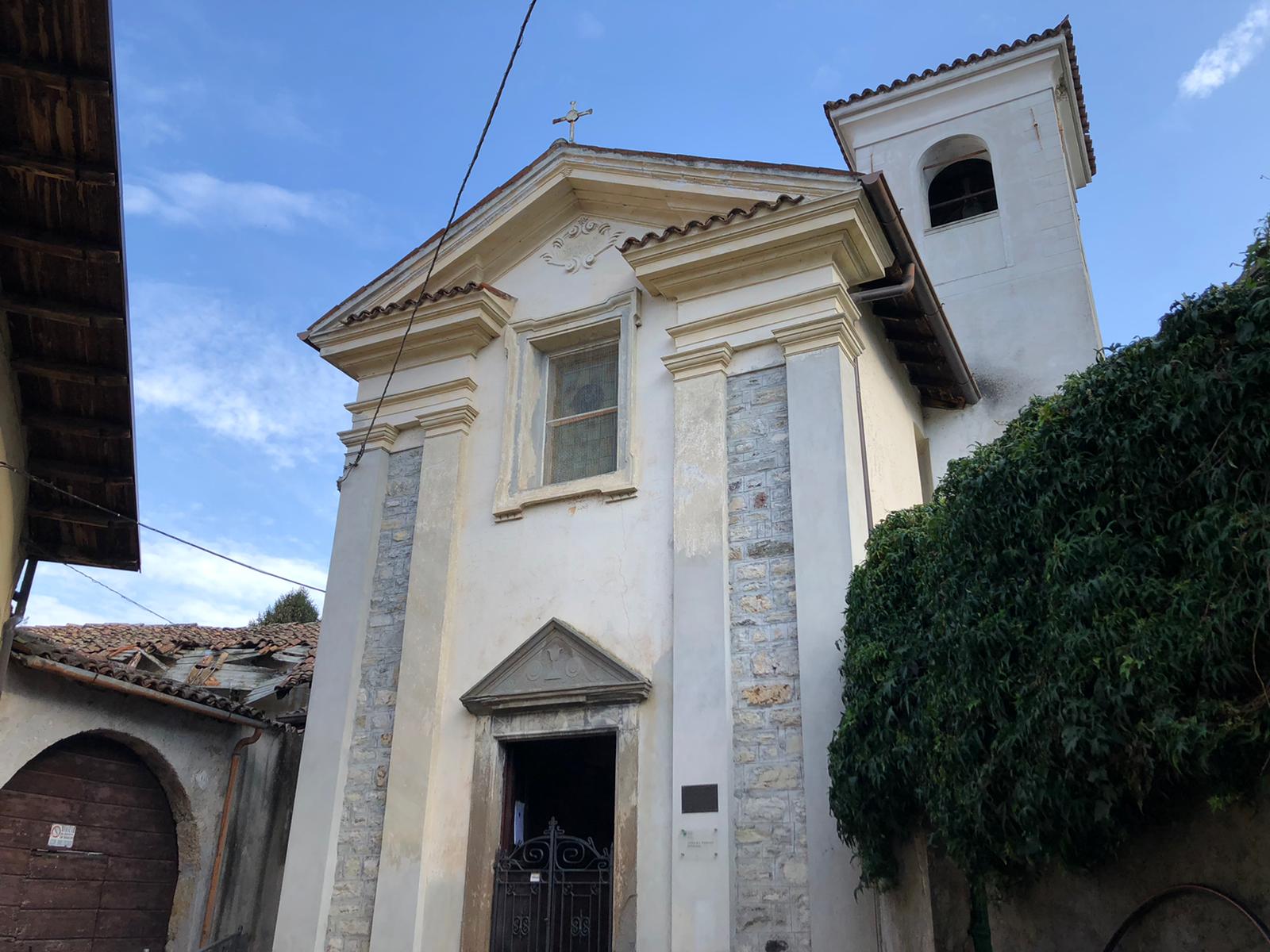 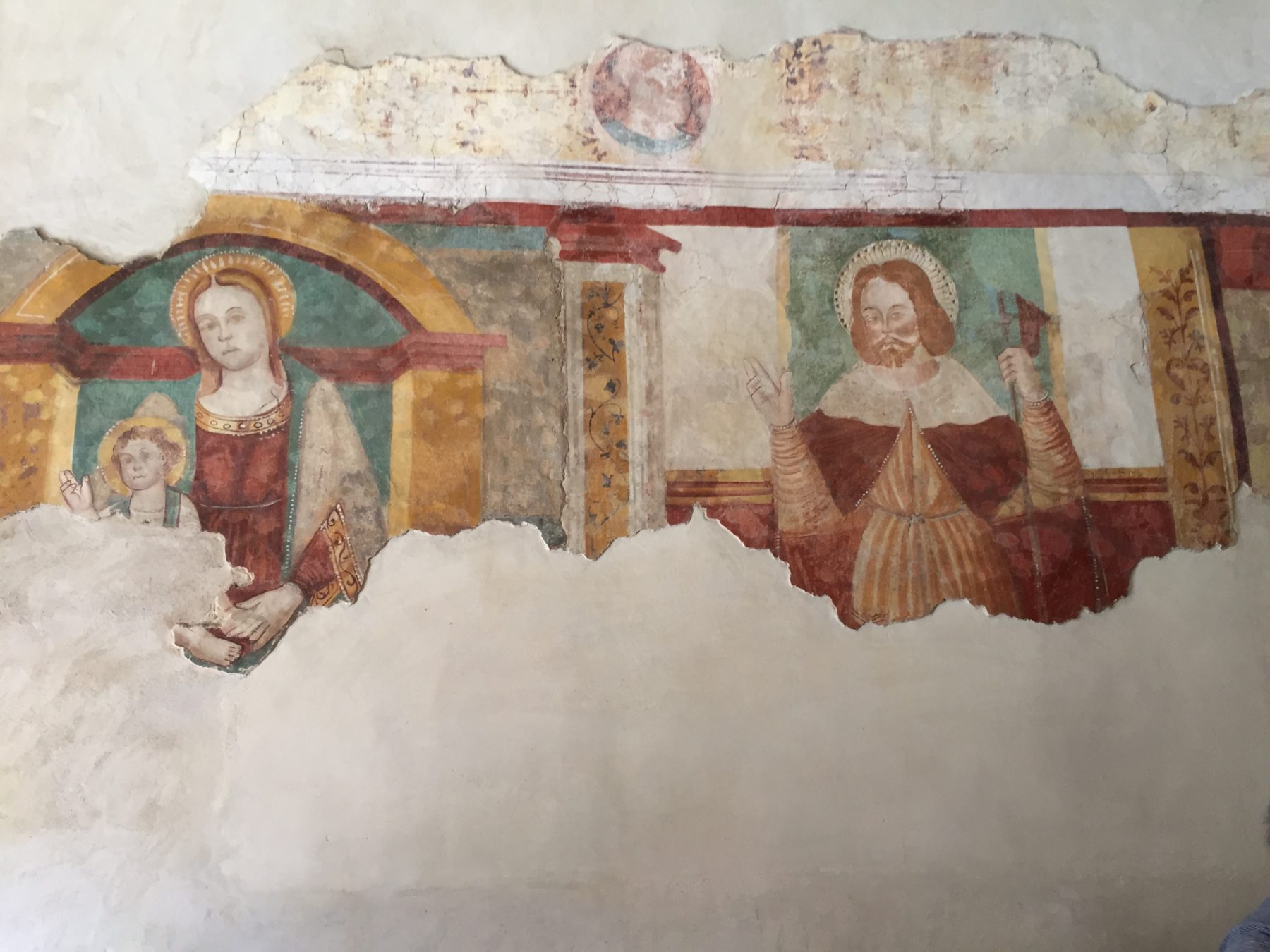 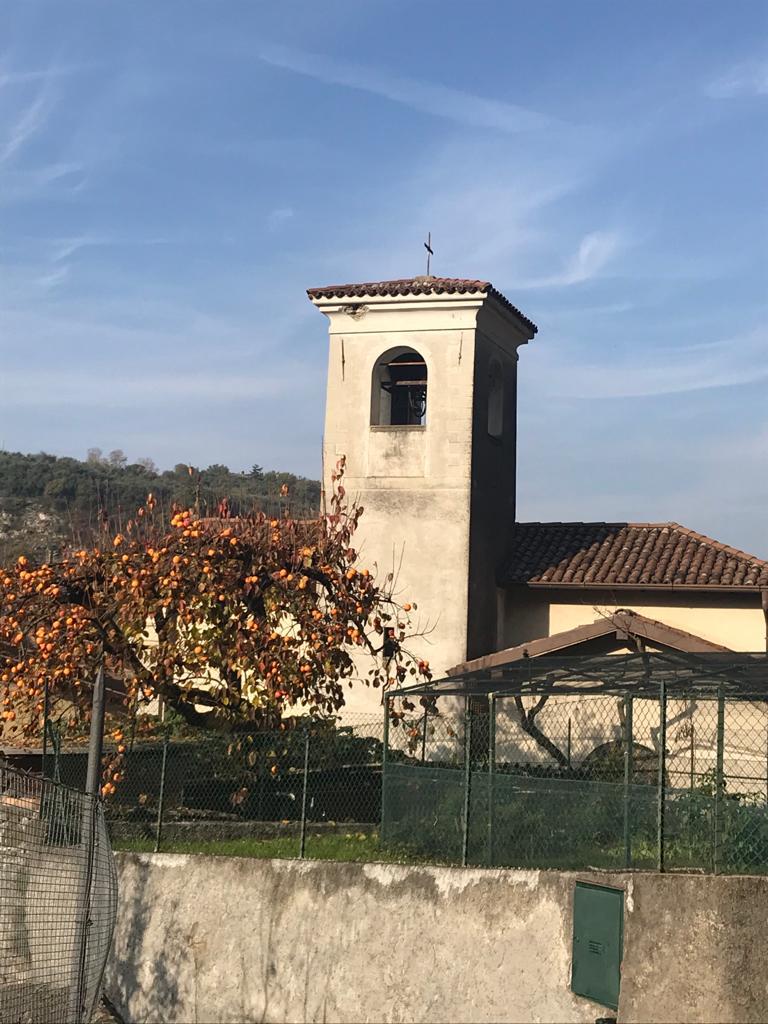 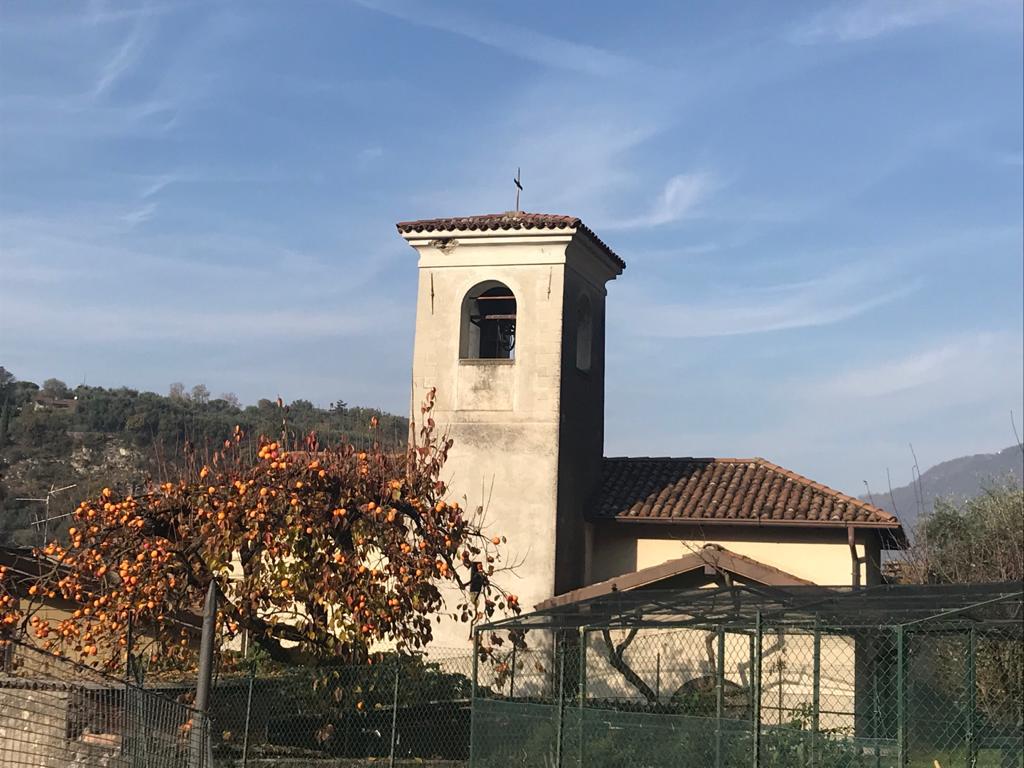 
The church of San Tommaso is located in the centre of Pilzone d’Iseo in a small square from which the Valeriana road starts to go uphill in the direction of Val Camonica (Camonica valley). The church is documented in the 15th Century by written sources, although it is likely that the foundation is older; it acted as the parish church until the title was moved to the church of San Pietro (St. Peter) further downstream and of a larger capacity.

The façade is the result of several interventions to adapt to the tastes that followed from the 17th Century onwards. The solution of the two great pilar strips on each side supporting a gable open in the centre and the window with plaster frame that provides light to the single nave is very attractive.

Inside the building it is quite narrow; to the sides of the sanctuary there is a kind of shortened transept. The 18th Century restructuring saw the addition of pilasters and an overhanging cornice to the nave featuring a barrel vault interspersed by ogive ribs and painted in the 20th Century with Christological episodes, saints and religious subjects.

Along the walls of the nave frescoes of the oldest phases of the building have emerged. Some saints dear to popular devotion and connected to the dedication of the church are represented here and the work of different hands. We can see the Madonna of milk and the Holy Apostle (Thomas?), characterized by an archaic touch and a front view which suggests a time of between the 14th and 15th Century, and St. Fermo, dated 17th Century, widespread in the rural churches of the Sebino area as a protector of cattle. On the opposite wall we find the Madonna and Child, St. James and a fragmentary scene of martyrdom (perhaps of St. Stephen) which are modest works to be dated to the 16th Century; above the three frames there is what remains of a frieze that seems to imitate a classical decoration, unfortunately today at the larval stage. The fresco which, thanks to a baroque frame with gilded plaster work, became the altarpiece is of this same phase. Here the slightly concave masonry suggests that there may have been an apse structure. The fairly well executed fresco represents the Piety with the Virgin making exasperated gestures while she supports the dead body of her son on her knees. The subject leaves some doubt about the dedication of the church as one would expect to find at least an image of St. Thomas in the sanctuary; to compensate for this shortcoming they hung a painting with the Incredulity of Saint Thomas inserted in a plaster frame above the Piety, as if to form a second register.

The 18th Century frontal is fairly well built even if the whole altar seems to be an adaptation: the work is made according to the scagliola technique (marble effect) with mother of pearl inserts and a medallion in the centre.