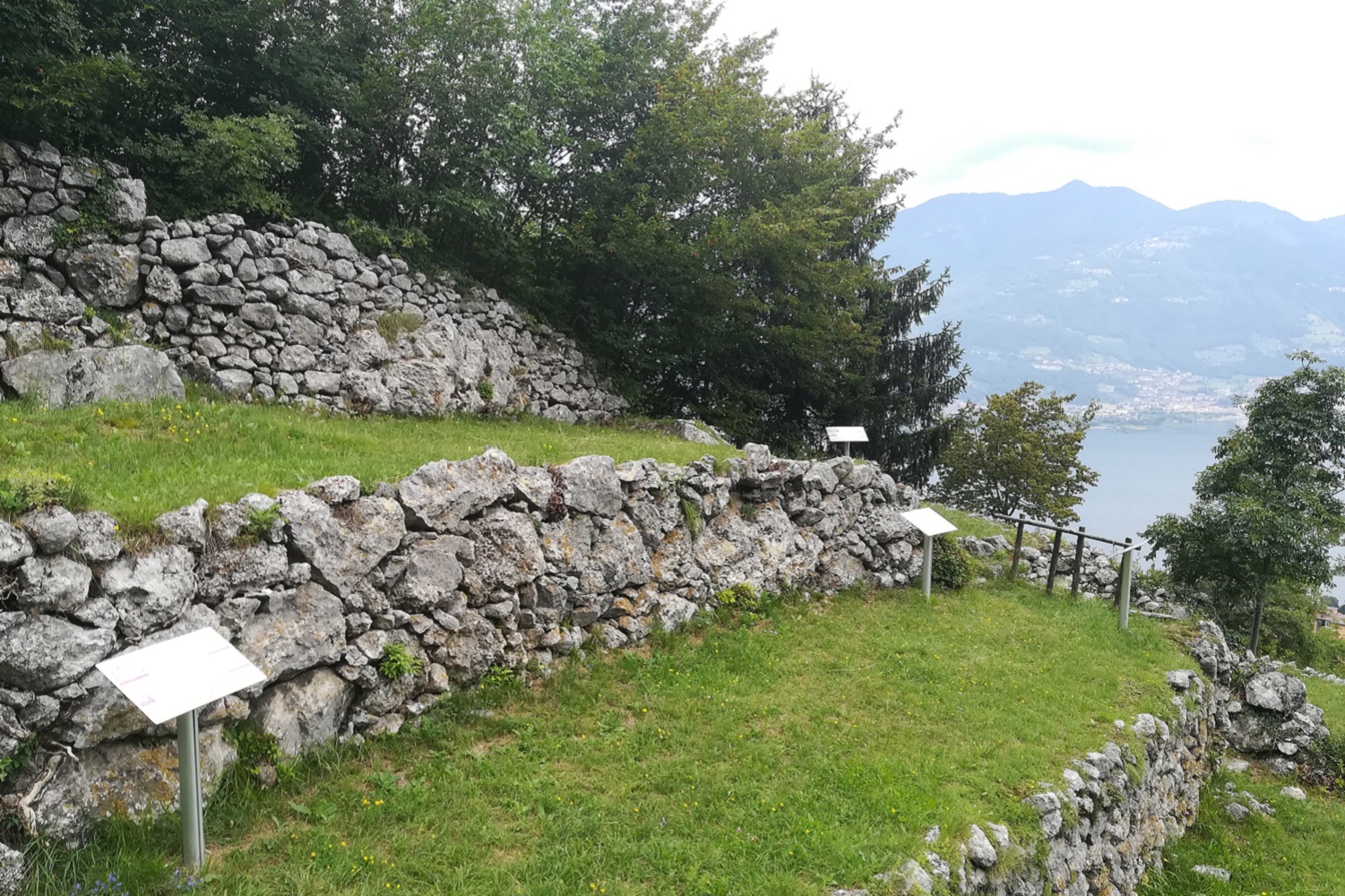 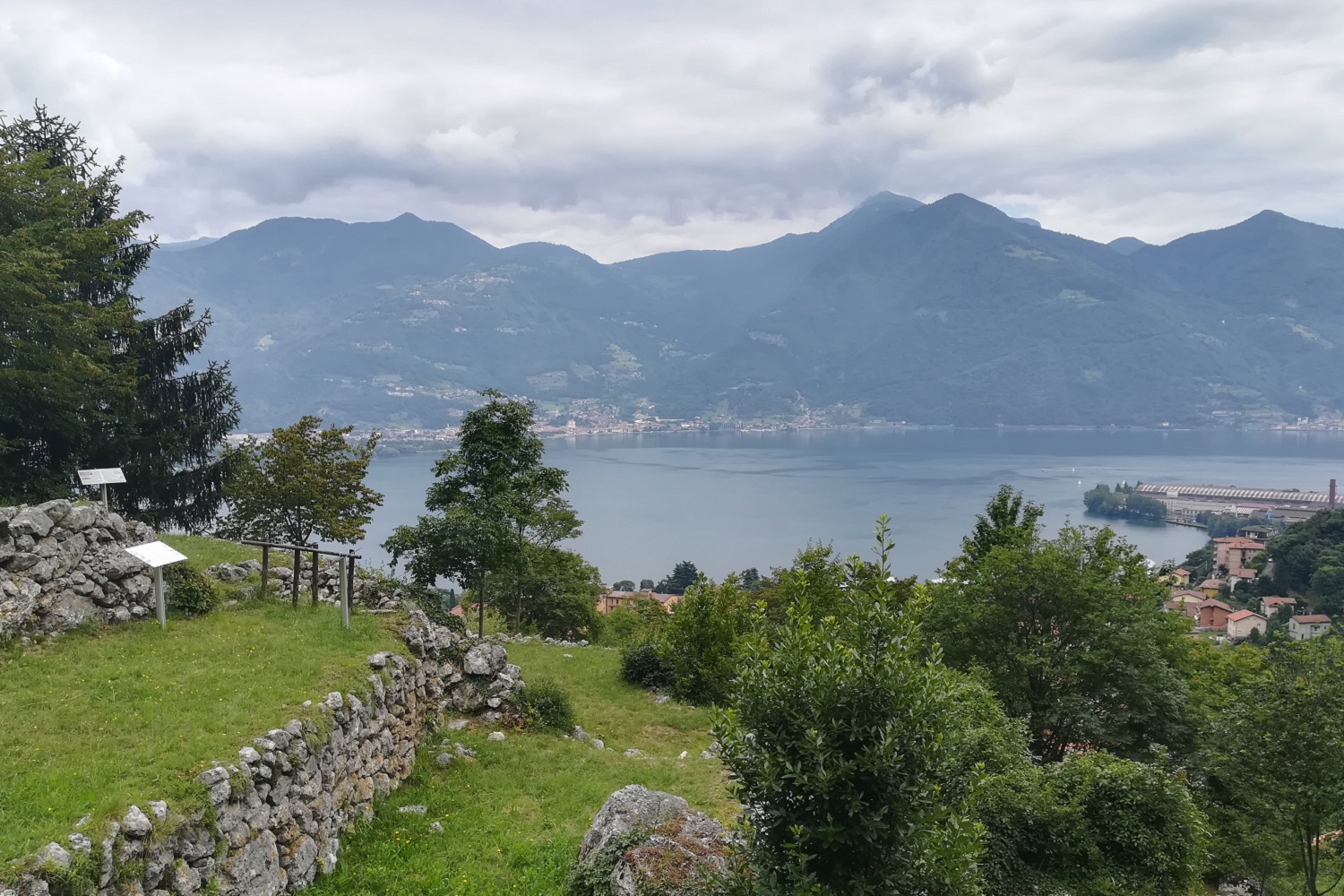 
The Castelliere in Lovere has been a subject of interest and studies for decades. It is an archaeological site on the slopes of Monte Cala in the district recently named Ronchi. However, in ancient times it was called Comarino, a place name identifying areas characterised by the presence of scree and landsides. Archaeological investigations have not confirmed the hypothesis that this was once a proto-historic hillfort. The few materials uncovered during excavations were in no way linked to prehistoric times, finding only a few fragments of Renaissance pottery. These structures appear to have been built on the cobblestones of a road constructed, in the best case, during the middle ages.

In any case, some of the construction methods adopted, probable presence of a perimeter wall and its position overlooking Lovere would suggest these structures were probably built for military purposes.

Therefore, sources would suggest these were military bases for an army siege on Lovere led by Pandolfo Malatesta in 1414. This story takes place within the context of the so-called War of Lovere and the Val Camonica, one of the campaigns Pandolfo Malatesta was forced to lead in order to consolidate his dominance on the districts of Bergamo and Brescia.

Therefore, a military camp or one of the military camps, used for the siege on Lovere, was set up here, as in a favourable position along the road accessing the fortress of San Giovanni, one of the territory’s pivotal defences. Subsequently, four years after capturing Lovere, on the eve of the Sforza family’s return in 1418, Pandolfo Malatesta had a bastia (stronghold) built in Lovere, by imposing a tax. It has been suggested that Pandolfo Malatesta had this so-called Castelliere built to guard the site he used to attack Lovere, as these are the only structures similar to a bastia.

There are detailed records of the War of Lovere and the Val Camonica in the Malatesta registers. It started in 1413 with Malatesta troops initially attacking the Riviera of Iseo, the Val Calepio and Val Cavallina and besieging, between August and September, the castle of Aminella in Trescore, opening up the Val Cavallina road to Lovere. Pandolfo Malatesta gained control of Terzo castle between January and May, that of Sovere between February and October, whilst Solto, Riva and Pianico would be under his control by January and February.

The first reports on the siege of Lovere date back possibly to April, definitely July 1414, when food was sent to the Lovere military camp for Pandolfo Malatesta. Bounties for the army against Lovere and the Val Camonica are recalled in September, October and December 1414. A basecamp to support military operations was set up in Clusane. In particular, documents mention the use of weapons such as mortars, reaching Lovere from the southern ports of Lake Iseo.

Lovere was captured in November 1414, after being besieged for months, as recalled by the notary Lorenzo Scano of Gandino: “Saturday 3 November, Matteo da Faenza entered the Val Cavallina with a large group of men. They headed for Lovere and that day they captured the Castle, the village and hill of San Zenone and there was a great deal of plundering“. We know that a messenger was paid for bringing the “good news of Lovere” to Bergamo on 4th November.

The fortress of Castro and other forts in the Val Camonica were taken on 6th November. The whole area up to the river Dezzo was occupied and in January 1415 they were fighting against Gorzone. The castles of Sovere, Solto and the tower of Riva di Solto were also controlled by the troups.

Pandolfo Malatesta exiled the most hostile of Lovere and assigned control of the town to his loyal followers from Castro and the Val Seriana, getting other loyal followers from the Valle Camonica to guard Volpino Castle. Military operations then moved to lower Brescia. Lovere exiles could only return to the village and their homes when Pandolfo Malatesta was defeated by the Visconti in 1419.

Castle and Church of San Rocco

The Roman Necropolis of Lovere