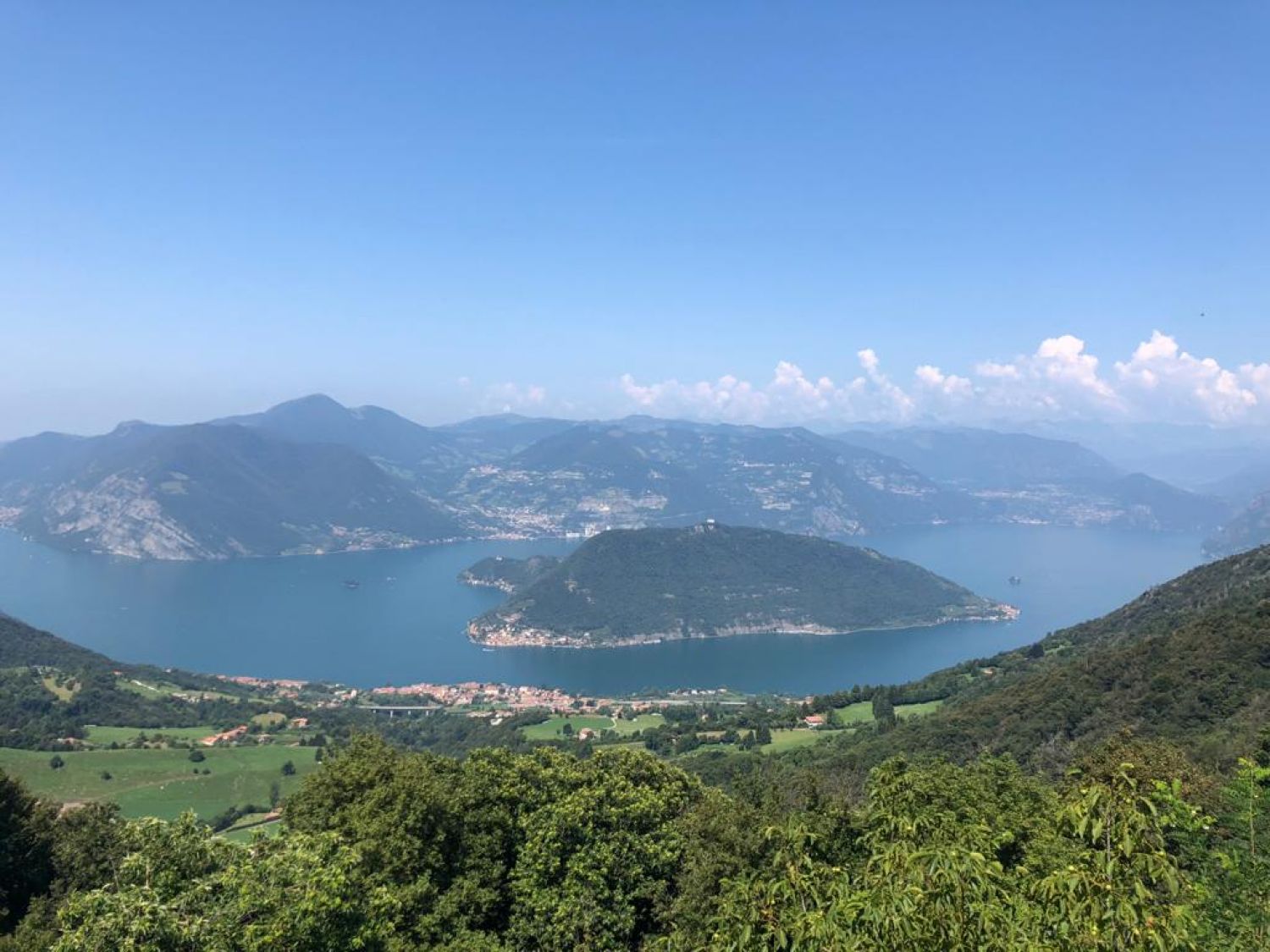 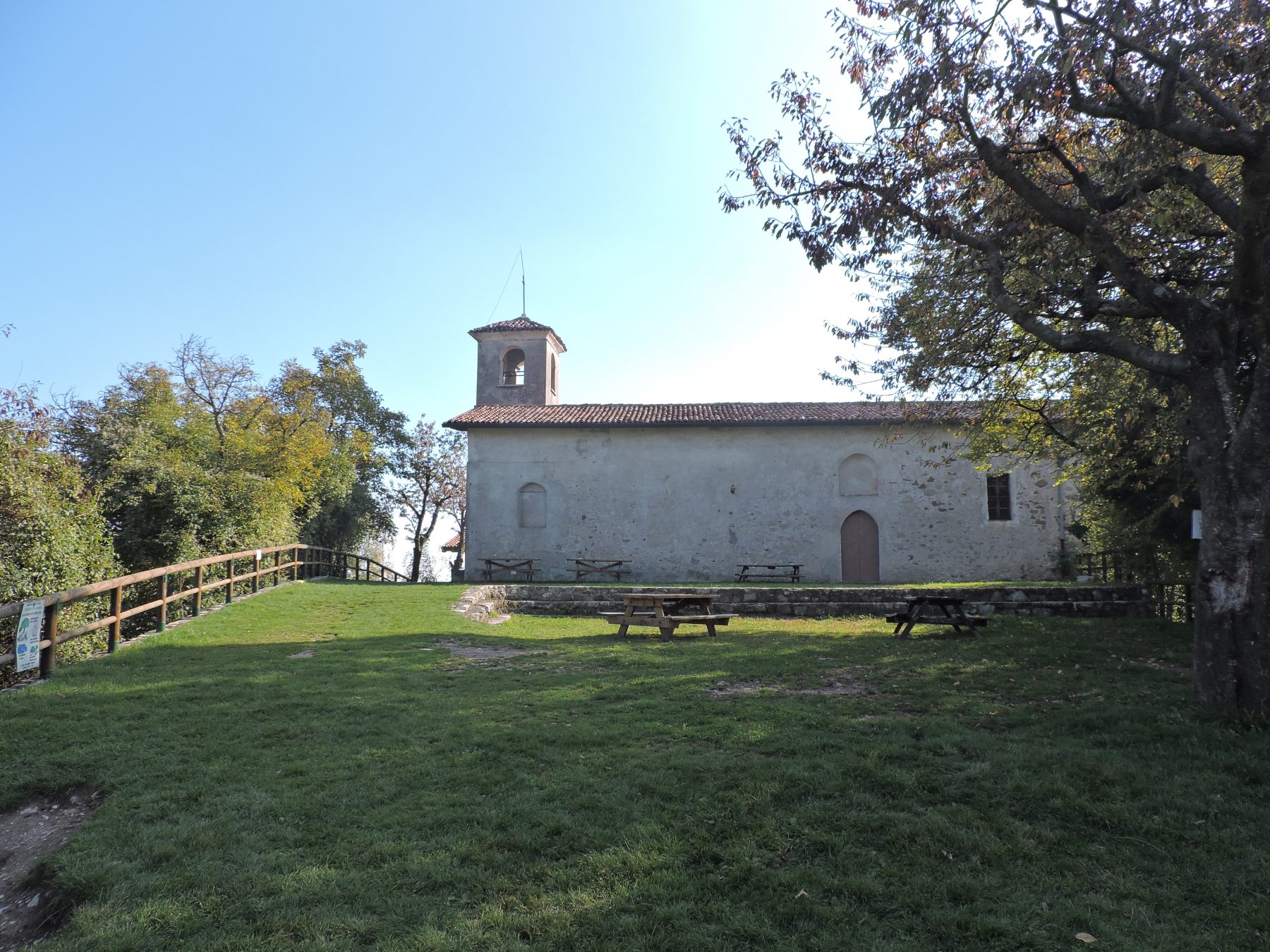 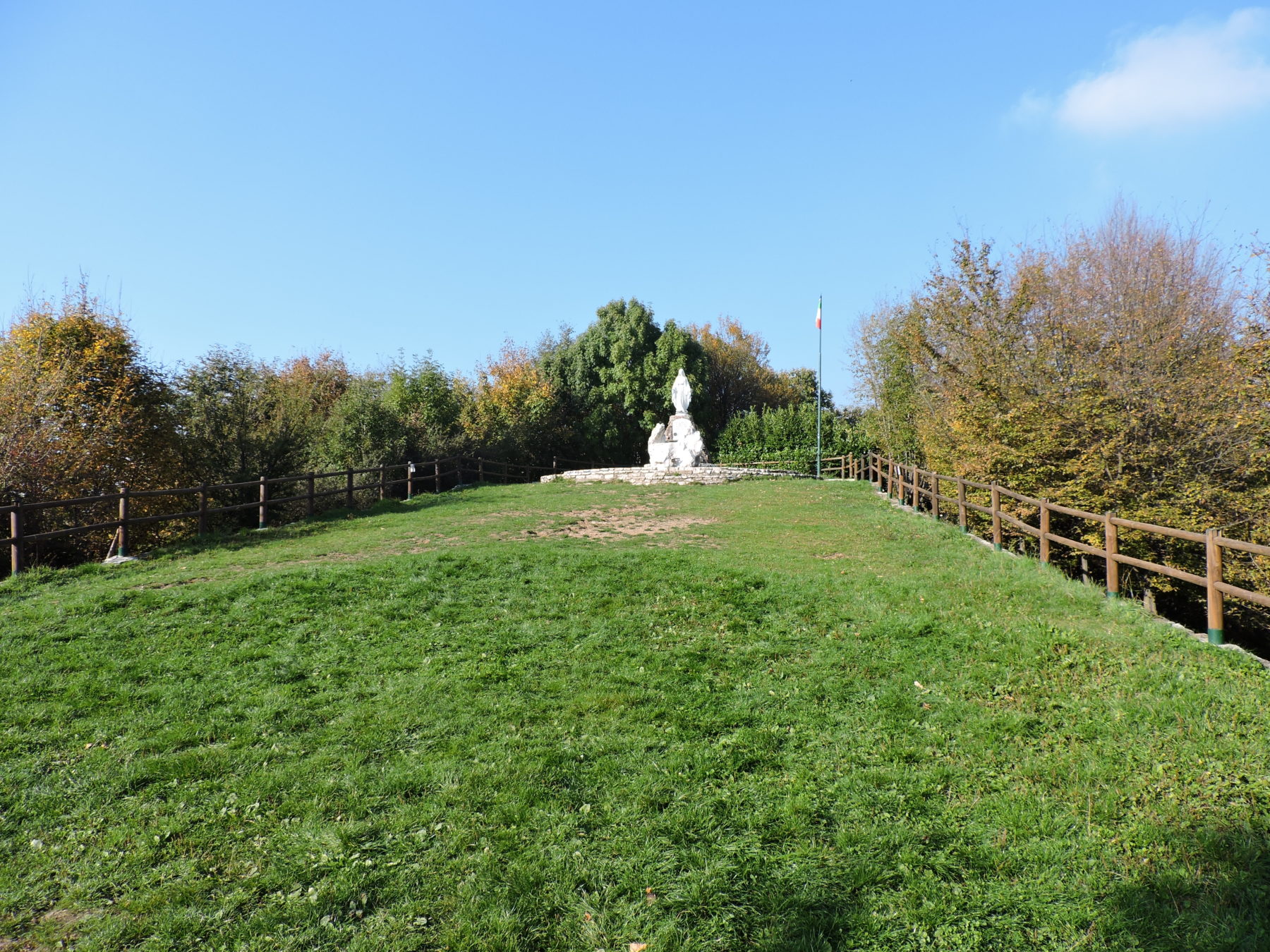 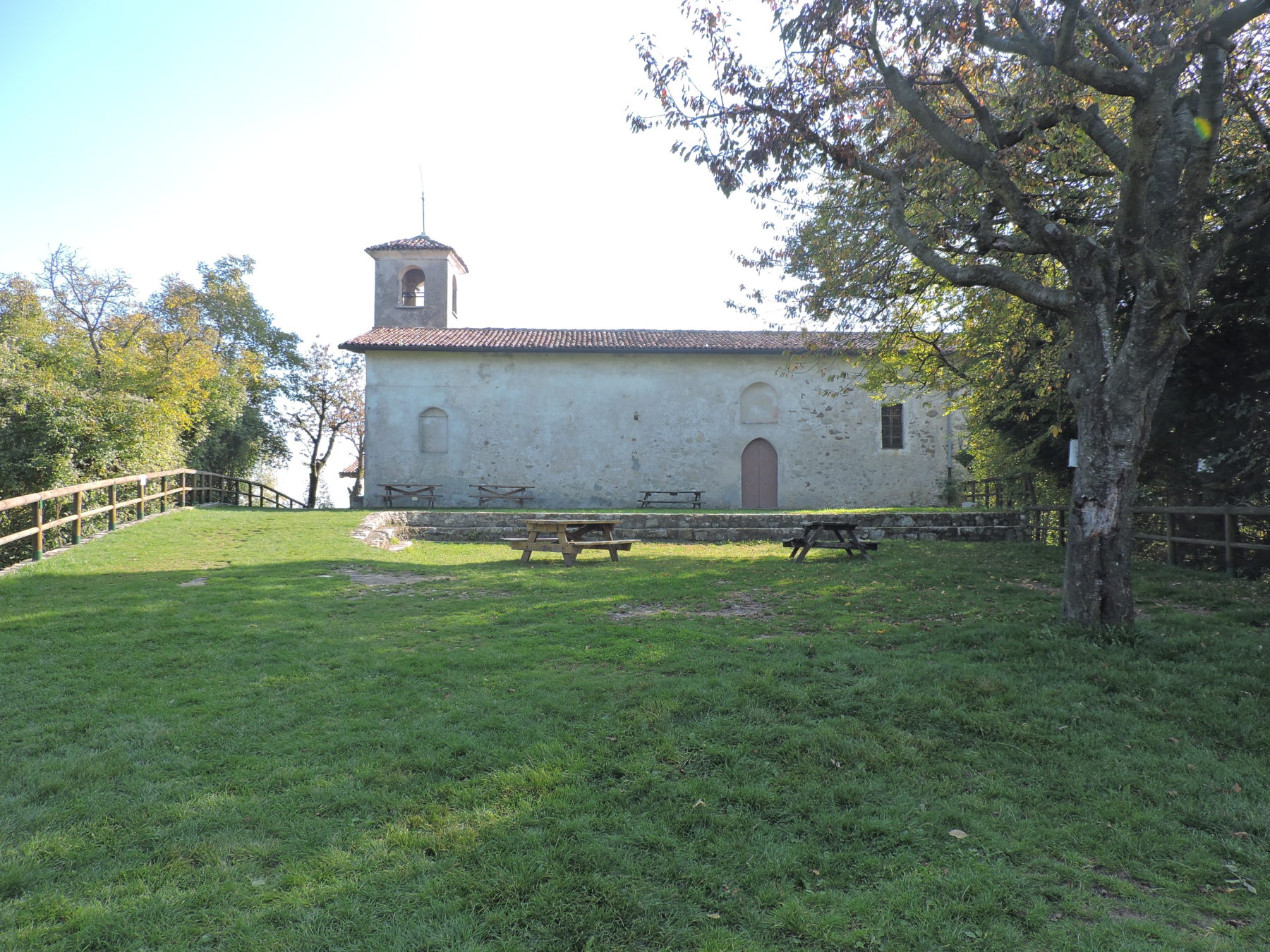 
A marvellous panoramic view on Sebino and Val Trompia (Trompia valley) can be enjoyed from the shrine of Santa Maria del Giogo (St. Mary of Giogo), 968 metres above sea level; the building rises on the ancient transit route that connected the Sebino lake to Val Trompia and Brescia, at the boundaries of three different municipalities: Sulzano, Polaveno and Gardone Val Trompia.

Archive documents bear witness to the presence of a religious building already in 1367, when St. Mary of Giogo was an annex of the monastery of Sant’ Eufemia (St. Euphemia) in Brescia. Its primary function was to provide shelter for people transiting along this important route for various reasons, mainly linked to agriculture, farming and forestry. The presence of the Benedictine monks was also emphasised between 1537 and 1538, by the writer Teofilo Folengo author of Baldus, a poem in macaronic Latin.

During the visit of the apostolic legate Charles Borromeo in 1580, ancient testimonies indicate that the church, two miles away from the parish church, was small and in poor condition, featuring three altars but lacking a sacristy. A stable for horses and cattle was located near the church. Two monks were living in the fairly comfortable rectory; the cardinal also recalls the dependency on Sant’ Eufemia (St. Euphemia) in Brescia. The cardinal adds that “this is the place of the monastery of Sant’ Eufemia (St. Euphemia) in Brescia”.
In 1797, the church avoided being transferred and sold with the establishment of the Republic of Brescia and the closure of the monastery in the city, thus “remaining at the public service of that population”. However, a dispute started between the parishes of Sulzano, Gardone Valtrompia and Polaveno regarding the building’s ownership, which ended with the updated census of 13th August 1809, assigning the church to the Polaveno community.
The single-nave building reflects a type of religious settlement characterised by essential architectural lines. It features gabled façade and roof, entrance portal, circular oeil-de-boeuf and a portico with ribbed vault covering and two windows, a shelter for travellers, with access from a pointed arch. The bell tower located on the left side, opposite the façade, was restored in 1842 after being hit by lightning. A farmhouse is annexed to the south wall.
The single-nave church features a rectangular floor plan with inverted orientation compared to the ancient layout: indeed, the sanctuary was originally where the current entrance stands today. The nave is interspersed by pointed arches lying on buttresses which support a wooden beam roof (re-built in 1976). The space is characterised by three bays, the last featuring the slightly raised sanctuary area. The altar features a white plaster, 18th Century style triptych surrounded by the heads of angels and cherubs. The three niches house wooden statues of the Virgin Mary realised by the Poisa workshop (20th Century) and St. Bartholomew patron saint of farmers, butchers, tanners, and St. Benedict, founder of the Benedictine order.

Fresco fragments are found on multiple plaster layers on the walls of the nave, deteriorated in various points, realised by travelling artists between the late 14th and early 16th Century. They represent popular devotion and recall votive offering in terms of type and style, depicting the Madonna and Child on a throne and the saints revered by the population, on the sides: St. Anthony the Abbot, St. Bartholomew, St. Roch, St. Lucy, mostly in late gothic style. The fresco fragment of the Last supper is particularly interesting, an unusual theme among voting offerings. The frescos are enclosed in simple painted frames featuring the name of the commissioner and execution date. The most recent restorations of the adornments date back to 2011.

Sulzano is a small village nestled between lake and mountain. From the historical center it is possi...

Climb to the Shrine of S. Maria del Giogio and Tre Termini Pass

Route along the panoramic road that leads to Santa Maria del Giogo from Sulzano and descent from Tre...