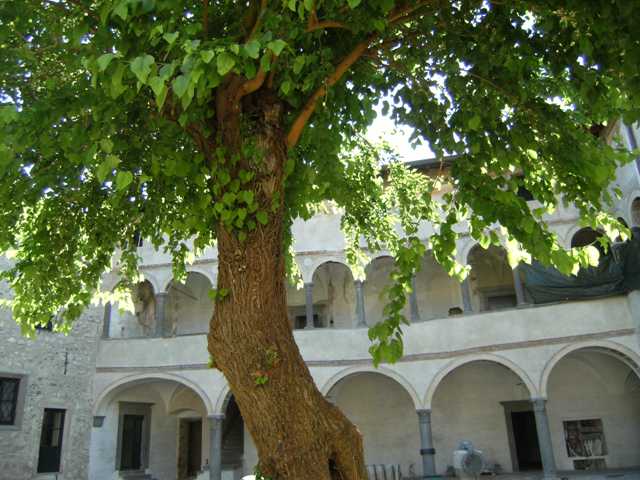 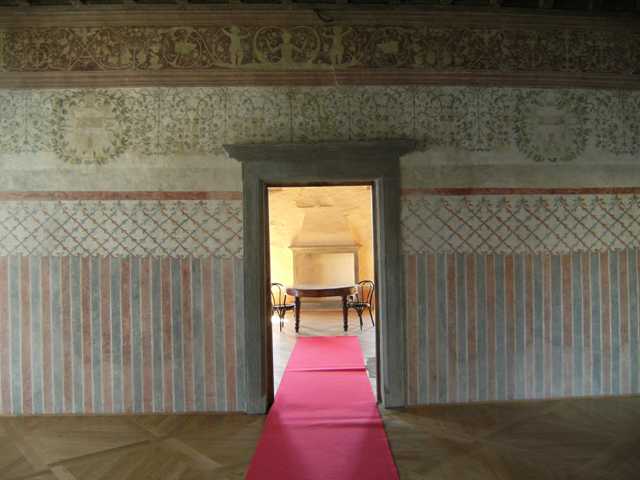 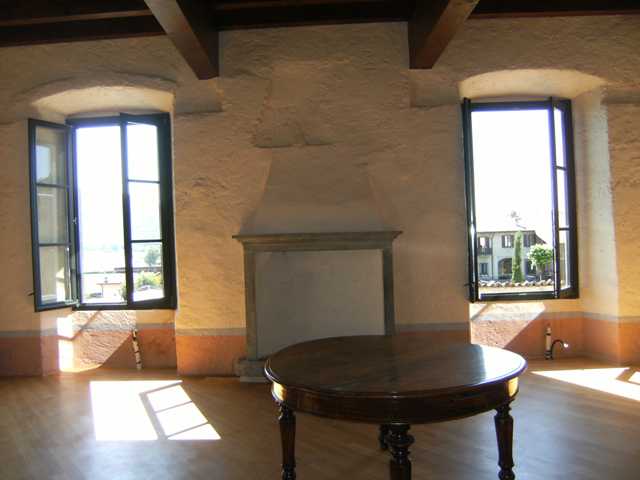 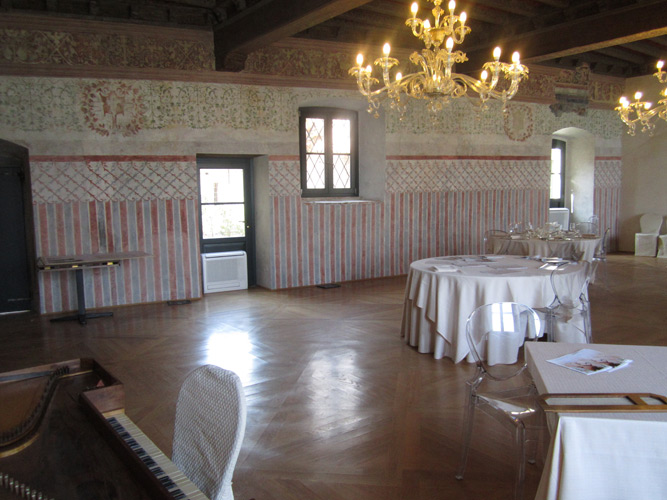 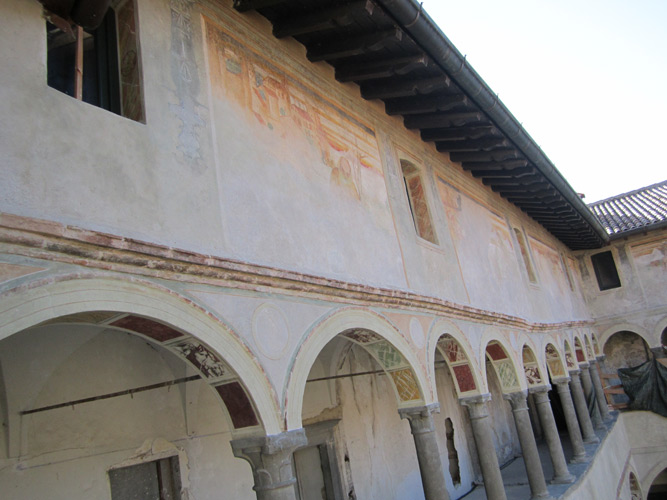 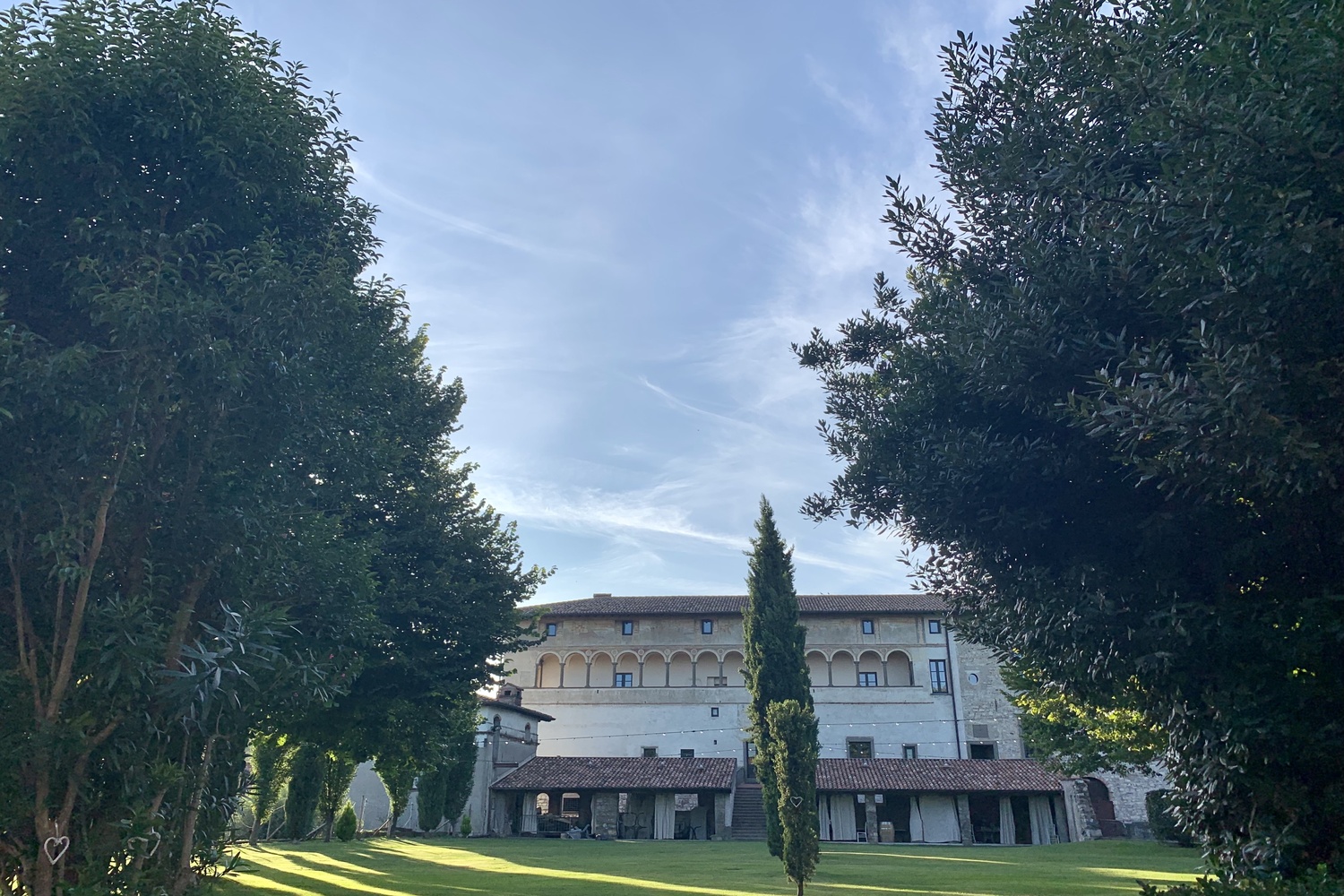 
The castle known as Carmagnola is located on a promontory to the north-east of the historic centre of the town.

There are few documents that allow to reconstruct its origins. The fortress was built in the fourteenth century outside the castrum of Clusane belonging, in the eleventh century, to the Mozzi family. Authors were probably the Oldofredi, Iseo’s nobles of the Ghibelline faction who forged close political relations with the Veronese lordship of the Della Scala family first and then with the Milanese one of the Visconti. It probably belonged to the Oldofredi until the beginning of the 15th century; in 1412 it became the property of Pandolfo III Malatesta, lord of Brescia, who between 1412 and 1417 left a castellan there.

A very interesting document from the Malatesta period is preserved, the Register no. 74 of the Bishop’s canteen of Brescia, in which the farmer Lanfranco di Tagliuno gives an account to Pandolfo of the economic management of the large “agricultural farm” hinged on the castle.

In 1427 it was conquered by the Republic of Venice, who donated it the following year to Count Francesco di Bussone, also known as Carmagnola for the services provided during the war against the Visconti as commander of the entire army of the Mainland. Carmagnola kept the castle for only four years since in 1432 he was executed in Piazza San Marco in Venice. All his assets were sold to private individuals and the castle of Clusane was bought by the Sala family from Brescia. In the 16th century the structure was divided as a dowry between the Maggi and Coradelli families, and the Catastic of Giovanni da Lezze of 1610 indicates as owners, in addition to the two families already mentioned, the Soncini and the Lana. The fragmentation of the property, the consequent renovations and further sales to new buyers in the following centuries led to the progressive decay of the complex. Between the second half of the twentieth century and the beginning of the 2000s, the residence was purchased by the current owners and partially restored.

The castle looks like a large and massive fortified building, with a square plan and an internal courtyard. It was accessed through two entrances, one on the eastern side and one, equipped with a drawbridge, on the western one. While the outpost turrets have completely disappeared, traces of the gaps for housing the beams for the bridge maneuver remained in the masonry.

The deep defensive moat that surrounded the fortress is still today crossed by the characteristic arched stone bridges.

The lower escarpment register and equipped with sparse windows maintains its medieval appearance, while the upper one recognizes the various changes made starting from the 15th century to convert it to residential use. In particular, the Sala family transformed it according to Renaissance models by opening, in the 16th century, on the eastern side an aerial loggia with fourteen spans that turned up on the southern side. Changes were also made to the internal buildings: in the east elevation a five-bay portico was inserted on the ground floor, surmounted by a loggia divided into ten openings. The intrados of the arches in the center are decorated with fake marble and the bands that run along the attic are frescoed with scenes, unfortunately little preserved, of castles and fortified architectures that form the background of a wedding and some exotic animals.

The hall of honor features plant friezes with animals and cherubs along the walls, geometric decorations and faded coats of arms. Under the decorations, a portion of a previous mural was found depicting heads of characters placed in front of a structure from which a king is protruding. The wooden coffered ceiling is embellished with painted geometric elements and on the fireplace there is the coat of arms of the Sala family. On the ground floor, several rooms retain the umbrella ceilings and the original fifteenth and nineteenth-century decorations.

Open only for events or on reservation