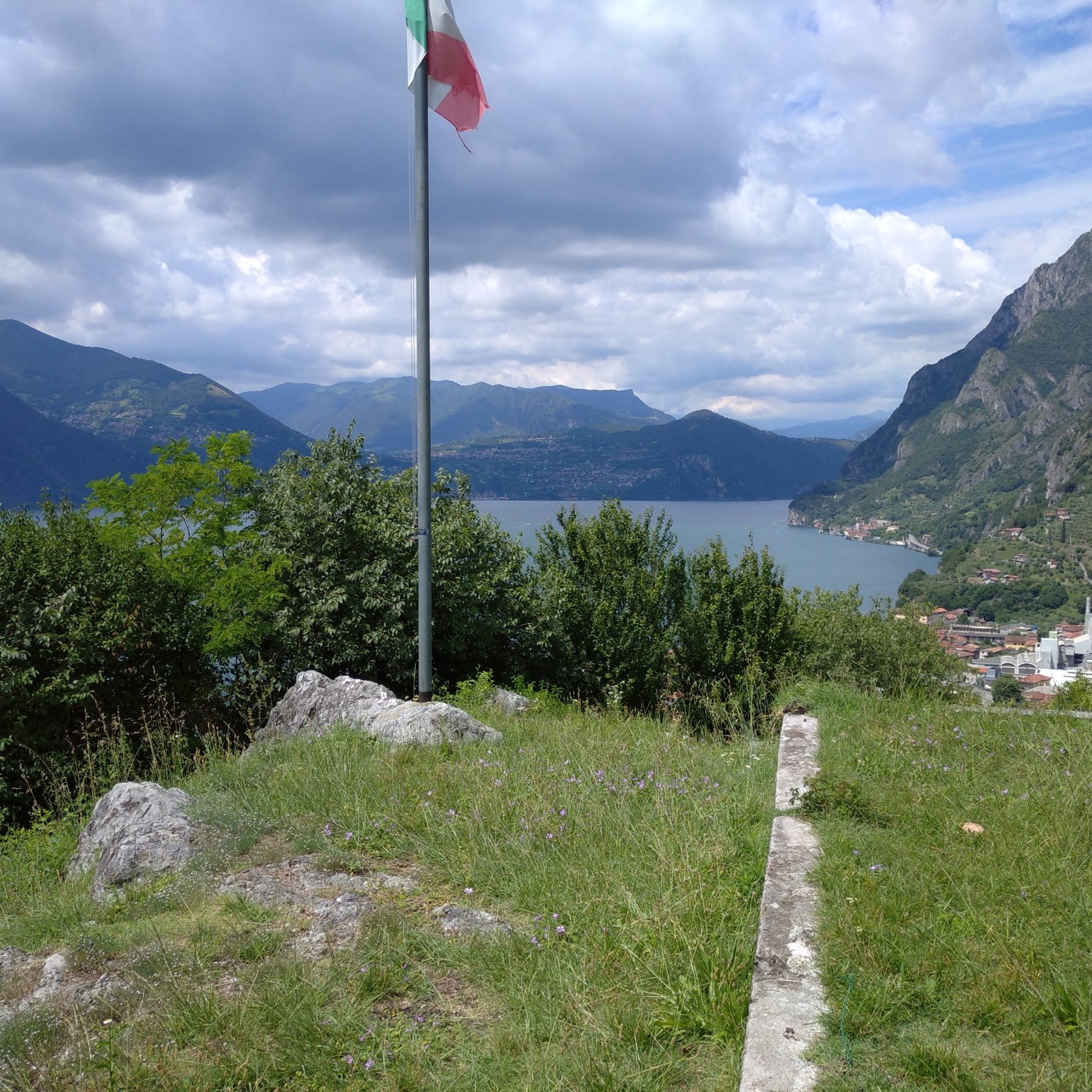 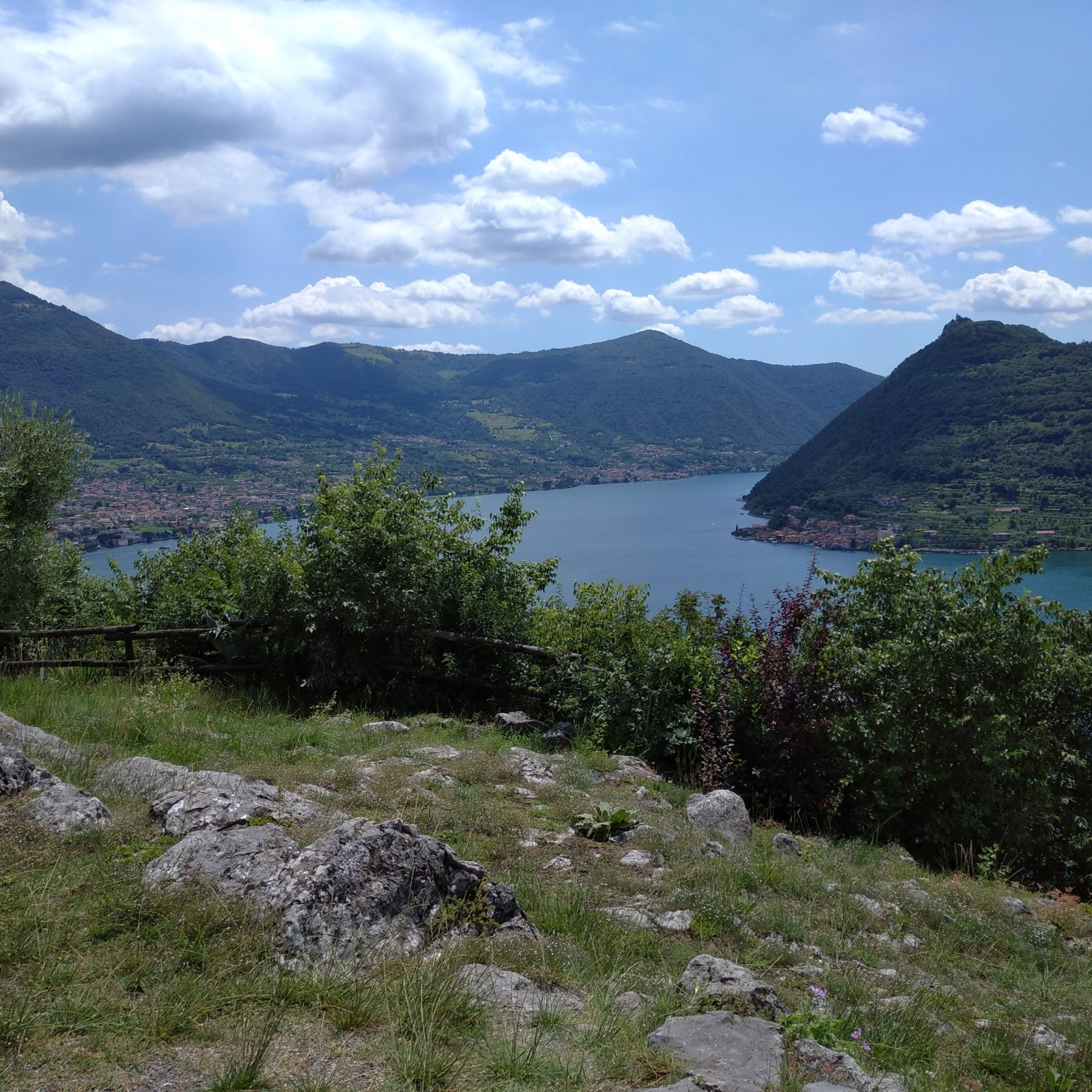 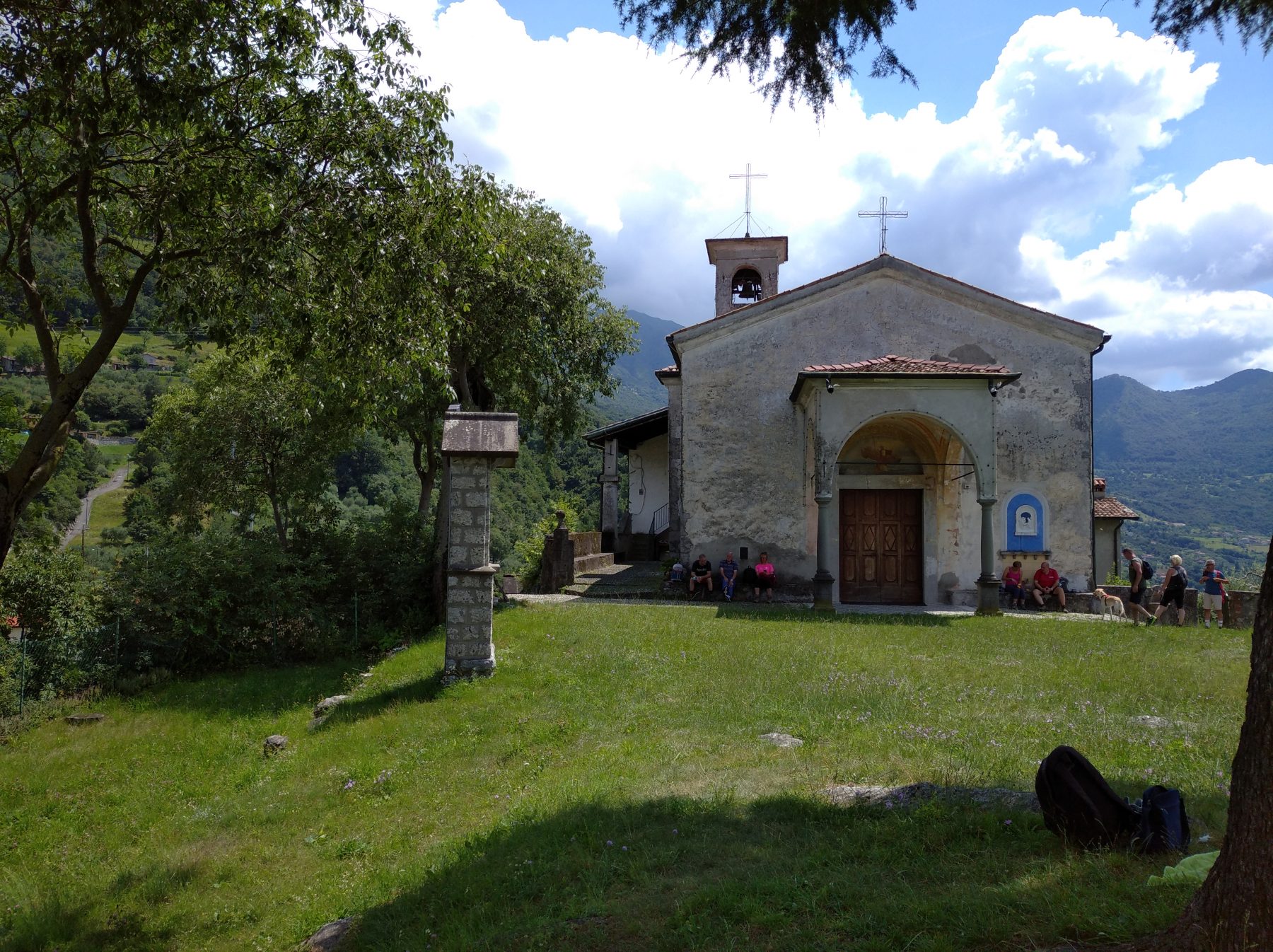 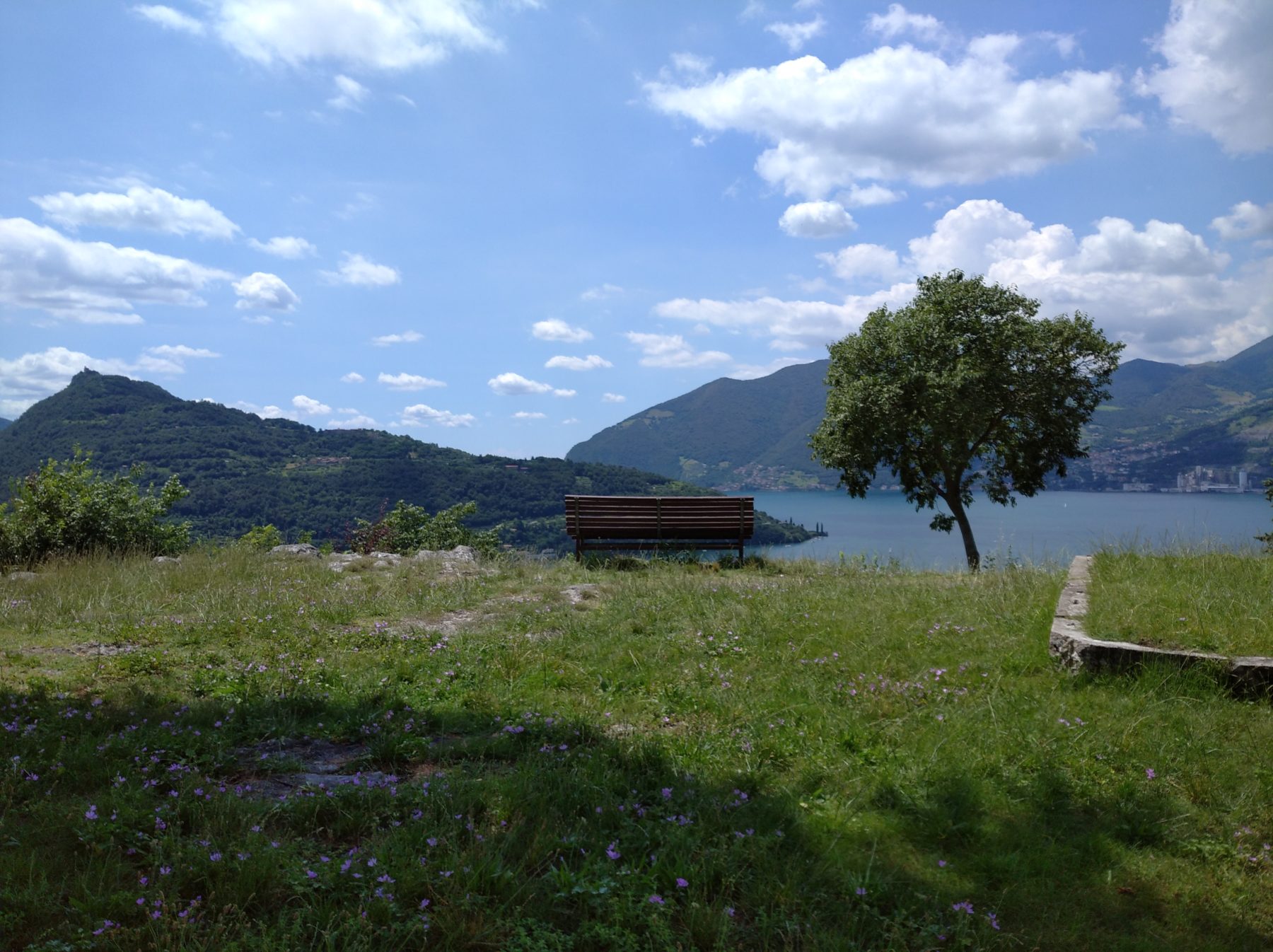 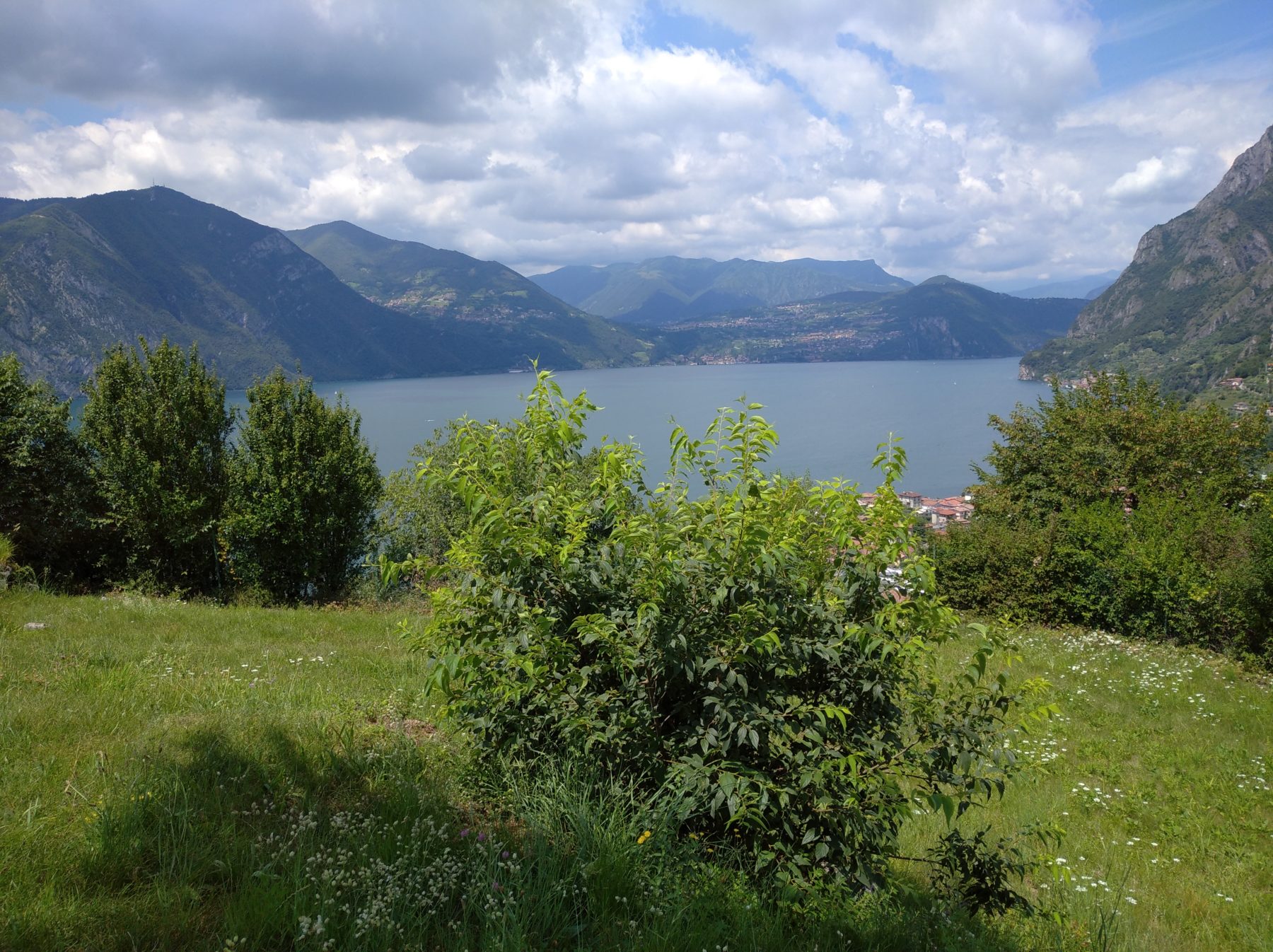 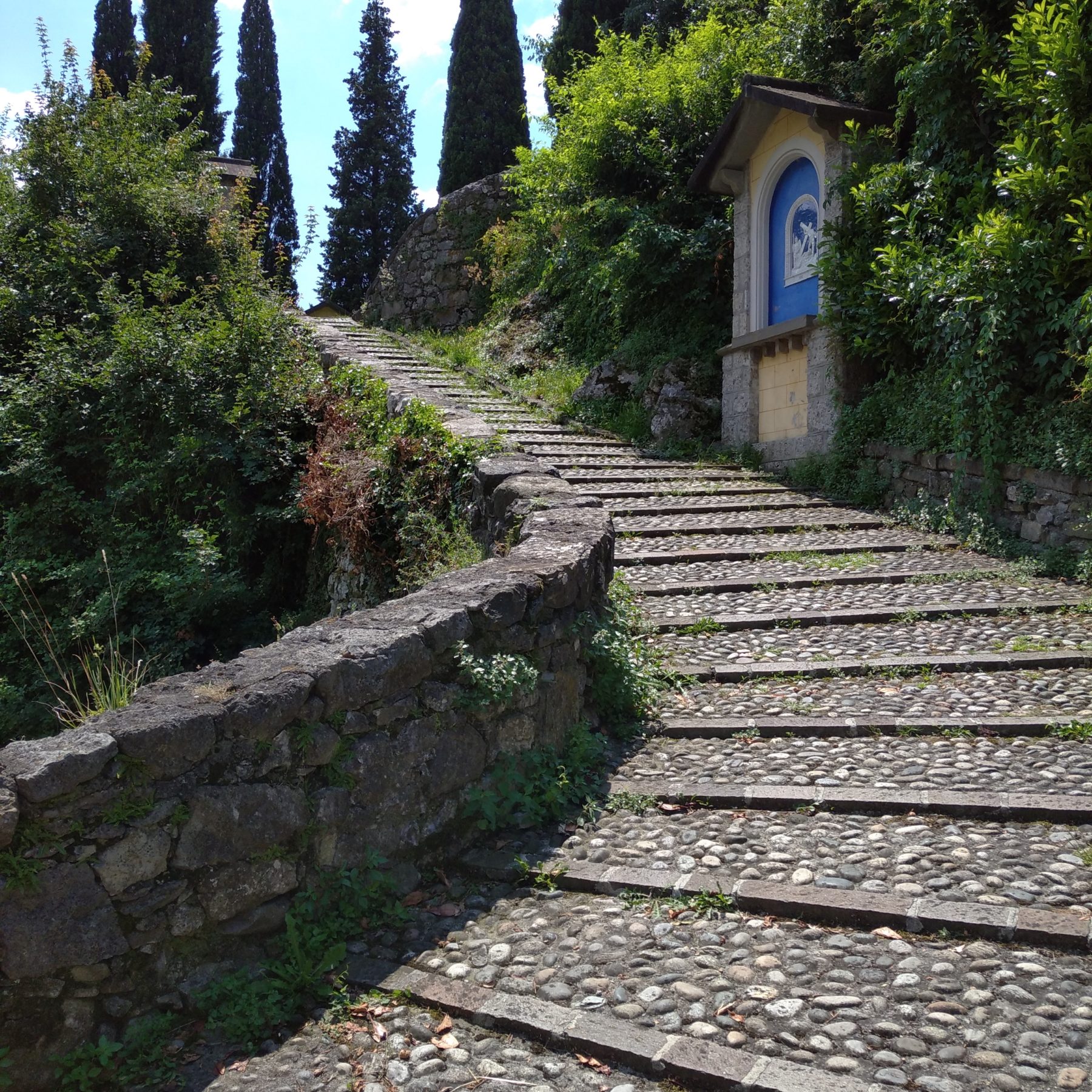 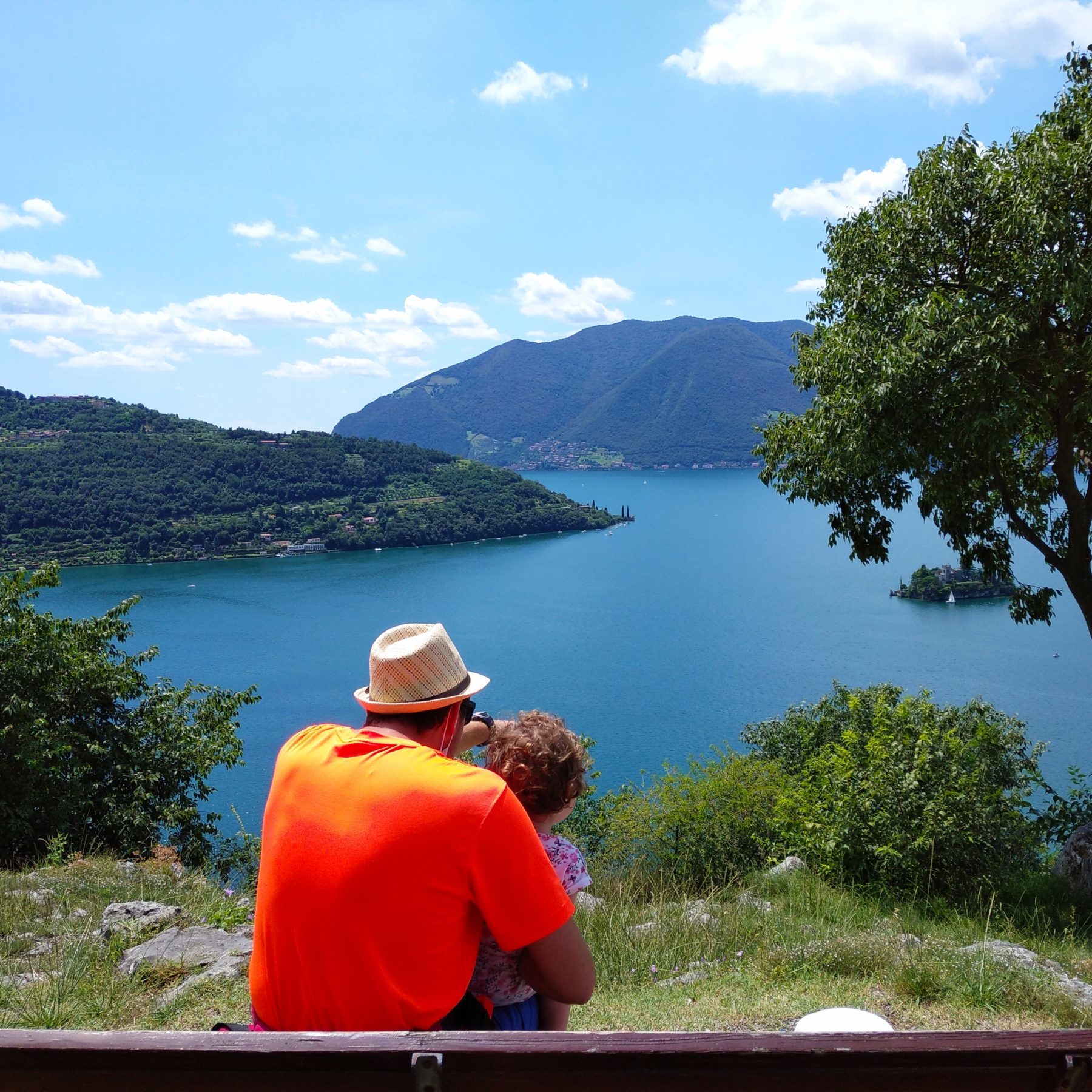 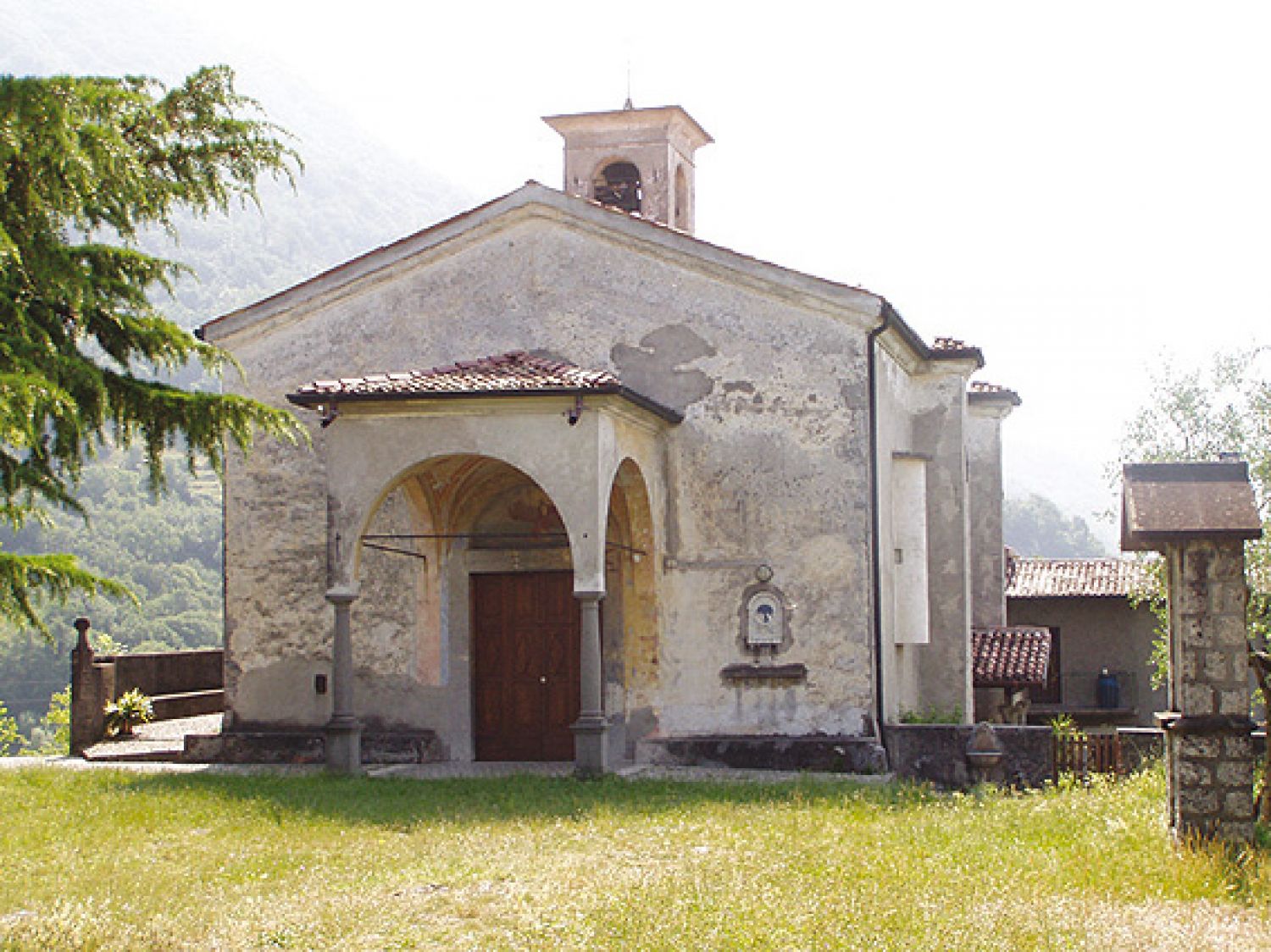 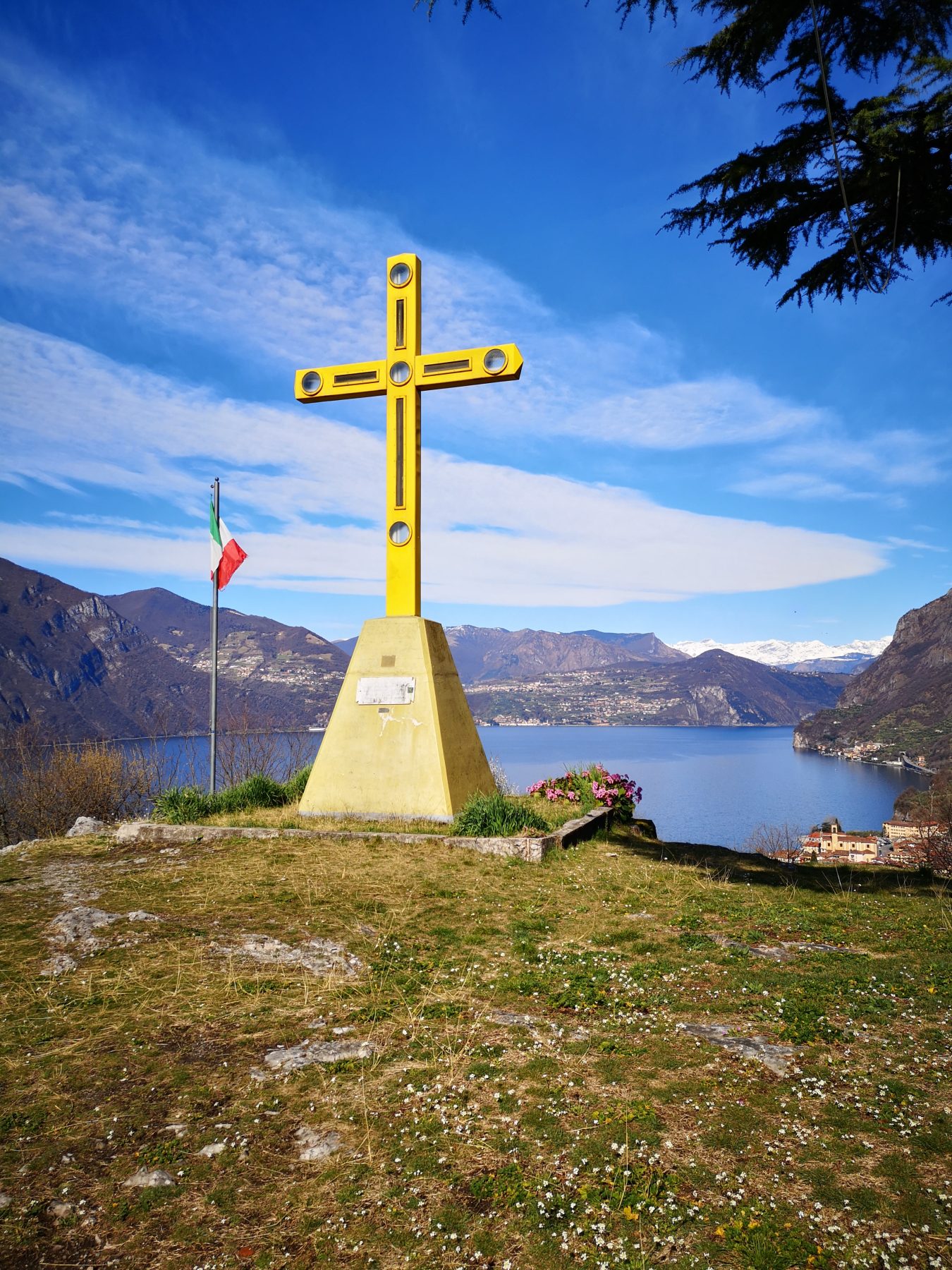 
The church of Santi Pietro e Paolo (Saints Peter and Paul) in Pregasso, in the municipality of Marone, stands out for its position, easily visible from several points, so that in the past it has also been a visual reference point on the Lake Iseo. Already in 1935, the Guida del Lago d’Iseo (Guide of Lake Iseo) recommended visiting it, also for the possibility of admiring a panorama that included “the wide gulf that curves between Sulzano and Vesto as if you were to embrace the three enchanting islands of the lake”. The place did not have to go unnoticed in the past due to its strategic position that allowed it to control a large part of the territory below.

A first construction is documented in 1238, which was enlarged in the 15th Century. From the analysis of the complex it is understood that there are various buildings set at different heights and leaning against the church hall. The bell tower is located on the North-East side of the presbytery.

The building was used as as a parish church until the transfer, wanted by the parish priest and granted by the apostolic visit of Giorgio Celeri in 1578, to the new church of San Martino.

The façade is gabled with a porch covered by a cross vault resting, in the front portion, on columns made of Sarnico stone welded to high plinths. The entrance portal is crowned by a central lunette containing the painting, signed “G. Casari X-1-1946 ”, with Jesus who saves Peter from the waters. On the external lateral sides the containment buttresses of the internal thrusts corresponding to the arches that support the roof protrude. The interior has a single nave, punctuated by full arches which unload the weight on pilaster capitals. The ceiling shows the exposed wooden beams and terracotta tiles. The church underwent a restyling in the mid-twentieth Century which brought about several changes. The two side altars, one in scagliola (as well as the frontal of the main one), the other one in wood, are dedicated to San Fermo and the Virgin, whose respective statues are preserved. The eighteenth-Century pulpit in the center of the right wall has survived the various restorations, adaptations and liturgical changes. The frescoes on the front of the pointed arch of the presbytery are recent, from 1946, and bear the signatures of G. Casari and E. Piroli. The decorations of the arches and the false cornices of the nave can be traced back to the same undertaking. The painters treat the wall as if it were a partition of a Franciscan church, dividing the space into several squares. Some episodes are painted which see popes as protagonists including Pius XII (in the larger panel), that is the pontiff (reign 1939-58) of the Second World War, still alive, therefore, when the decoration was made.

The presbytery, with a quadrangular base and covered by an ogival vault, is entirely decorated: on the sides there are the episodes of the Last Supper and the Delivery of the Keys to Peter: probably realised in the late seventeenth Century, they were ‘passed over’ so it is difficult to formulate a judgment. Better preserved is the vault with the putti who hold the papal insignia, the chains of St. Peter and sound trumpets; the whole is the natural continuation of the decorations of the seventeenth-century frame of the main altar in whose broken tympanum there is a coat of arms with the Petrine symbols of the keys and the papal tiara, held up by two angels. The altarpiece by Francesco Giugno portrays the Virgin and Child with the saints Martin of Tours (?), Peter and Paul (1608-1614). On the counter-façade there is another canvas, dating back to 1606, perhaps an altarpiece, by Antonio Gandino with the Virgin and Child with Saints Francesco, Fermo, Onofrio and the donor; while the Trinity in glory is by an anonymous person from the first half of the 17th century, perhaps Ottavio Amigoni. Outside there is also a small chapel of the Sepulcher, built in 1950, in which three wooden statues (Dead Christ, Two Marys) from an eighteenth-Century workshop were brought from the aedicule in Ponzano.