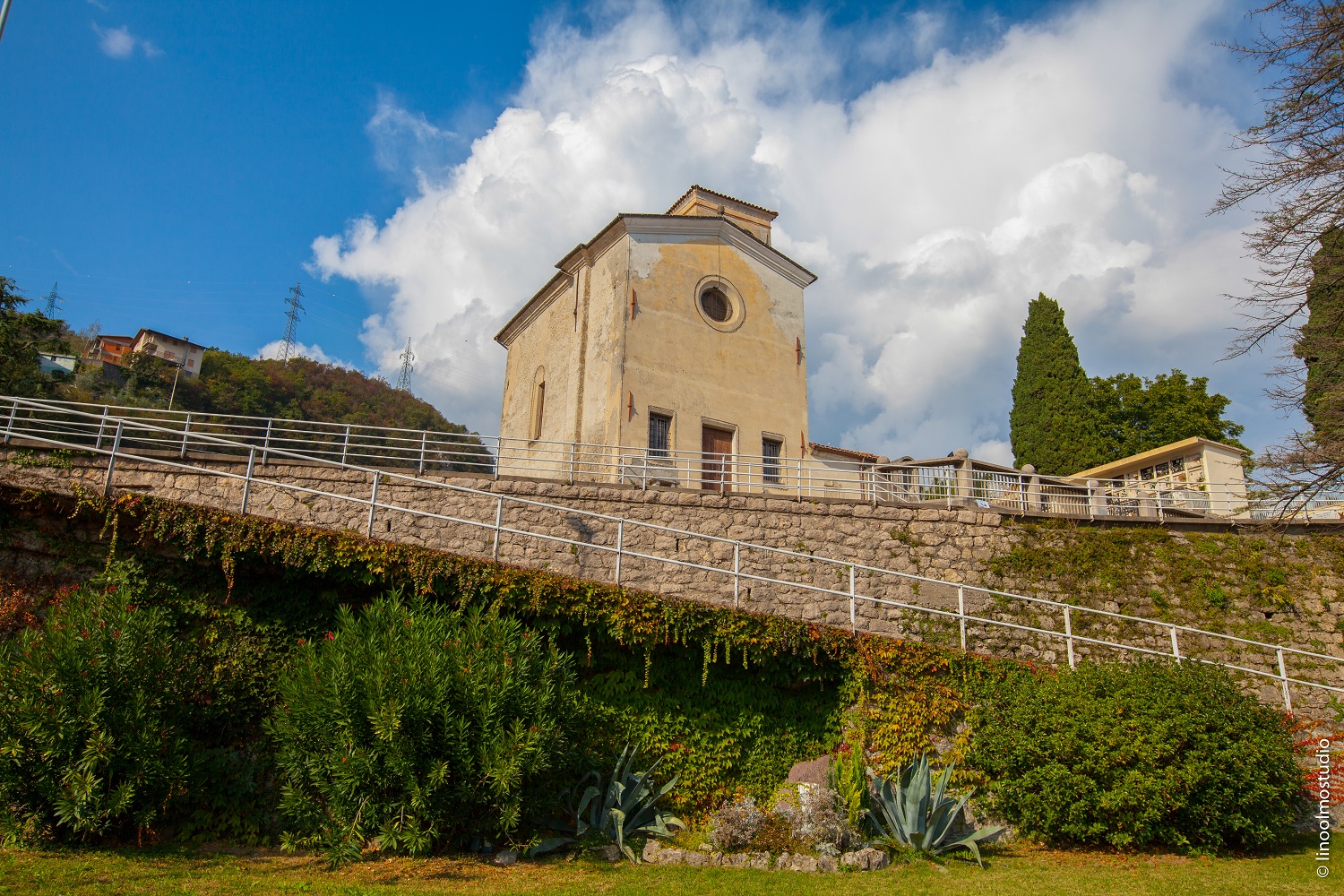 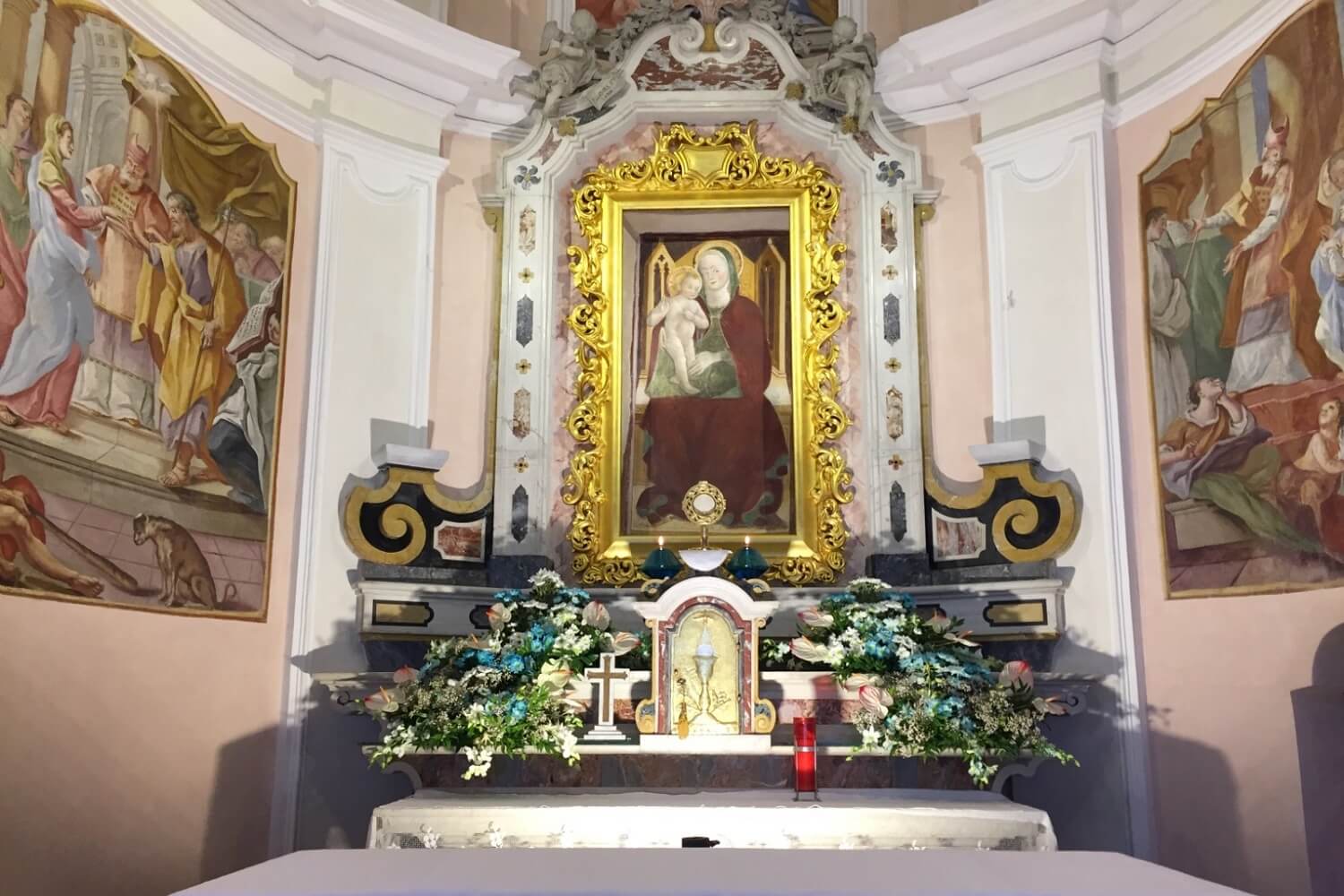 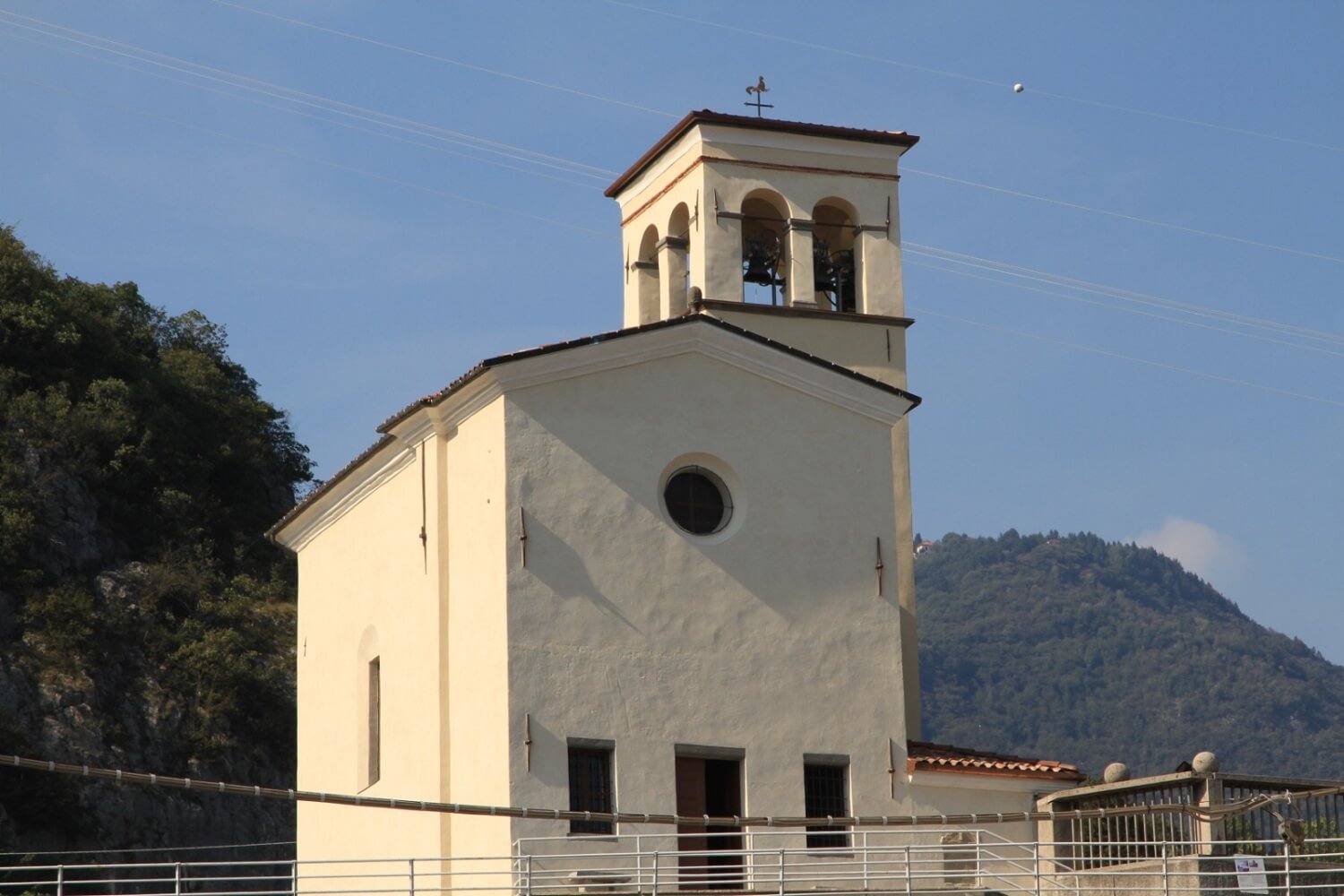 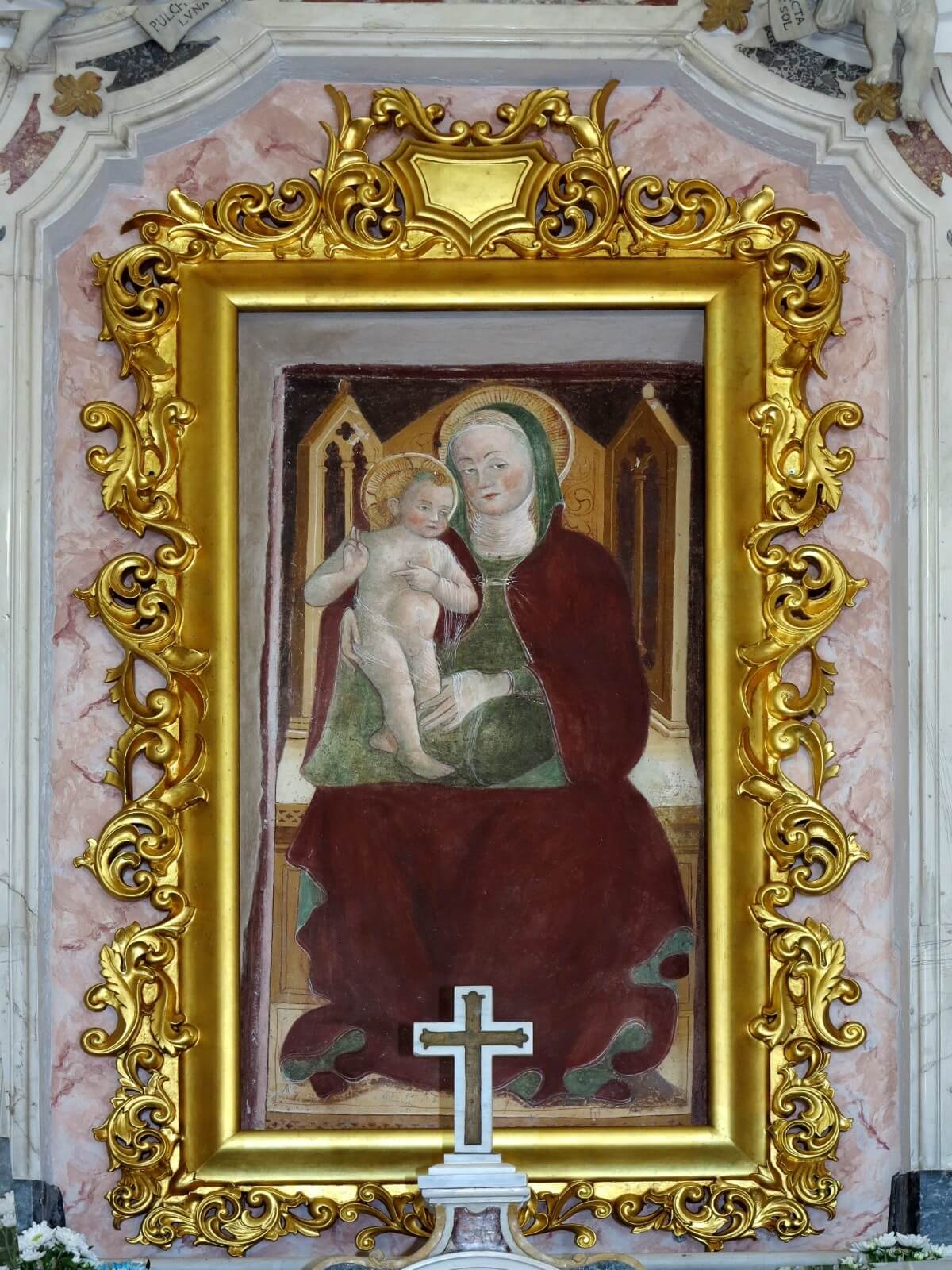 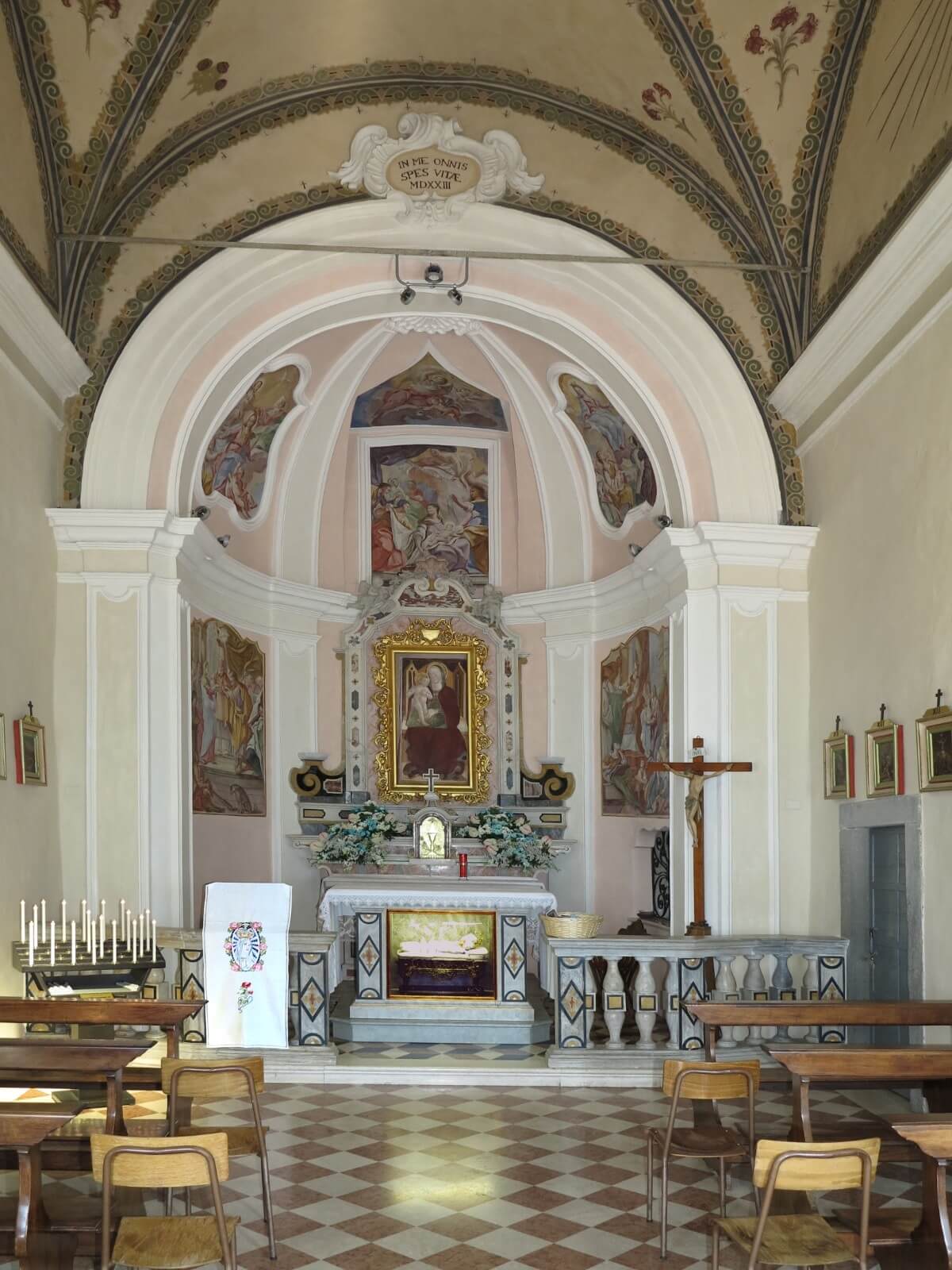 
The small church next to the Castro cemetery is known as the Madonna del cimitero (Madonna of the cemetery), but is recorded in the documents with the dedication to the Nativity of the Virgin Mary and to Our Lady of Mercy. The analysis of the external bodies, particularly the bell tower and the apse, suggest an older building, perhaps late medieval, but the building seen today is the result of the 18th Century changes.

The church was mentioned in the visit by Borromeo in 1575; from the reported measures it is clear that the size of the building corresponded to the current one.

The altarpiece is the Virgin Enthroned with baby Jesus, a fresco of late Gothic style (15th Century).

Of the 18th Century layout, unfortunately damaged by bombing during the Second World War, all that remains is the decoration of the sanctuary, frescoed with scenes from the life of the Virgin Mary bordered by plaster frames. In addition to the Birth of Mary, the Presentation in the Temple, the Marriage and the Coronation, there is a fresco in which the inhabitants of Castro are all turned towards the Virgin Mary seated on clouds; in the background there is a glimpse of the landscape with the lake and the village of Castro. It is clear that it is a community votive offering. The paintings are close to the style of the travelling workshops arriving from the Como area which, in around the 18th Century, were commissioned many works in the Lake Iseo and Valle Camonica (Camonica valley) areas.

The venerated painting was surrounded by a wooden frame with the statues of David and Solomon, produced by the Fantoni workshop from the Franciscan convent on Isola di San Paolo, purchased by the community in 1783-87. Unfortunately the complex has been impoverished by a recent theft.

The marble frontal of the altar features a beautiful marble medallion depicting the Immaculate.

In the historic centre of Castro, in the alley next to the old Parish church, there is a fine but fragmentary fresco of the late 15th Century. Having lost the image of the Virgin Mary seated on a throne, only the image of St. Defendente (St. Defendes) remains with a striking architectural frame in full Renaissance style.