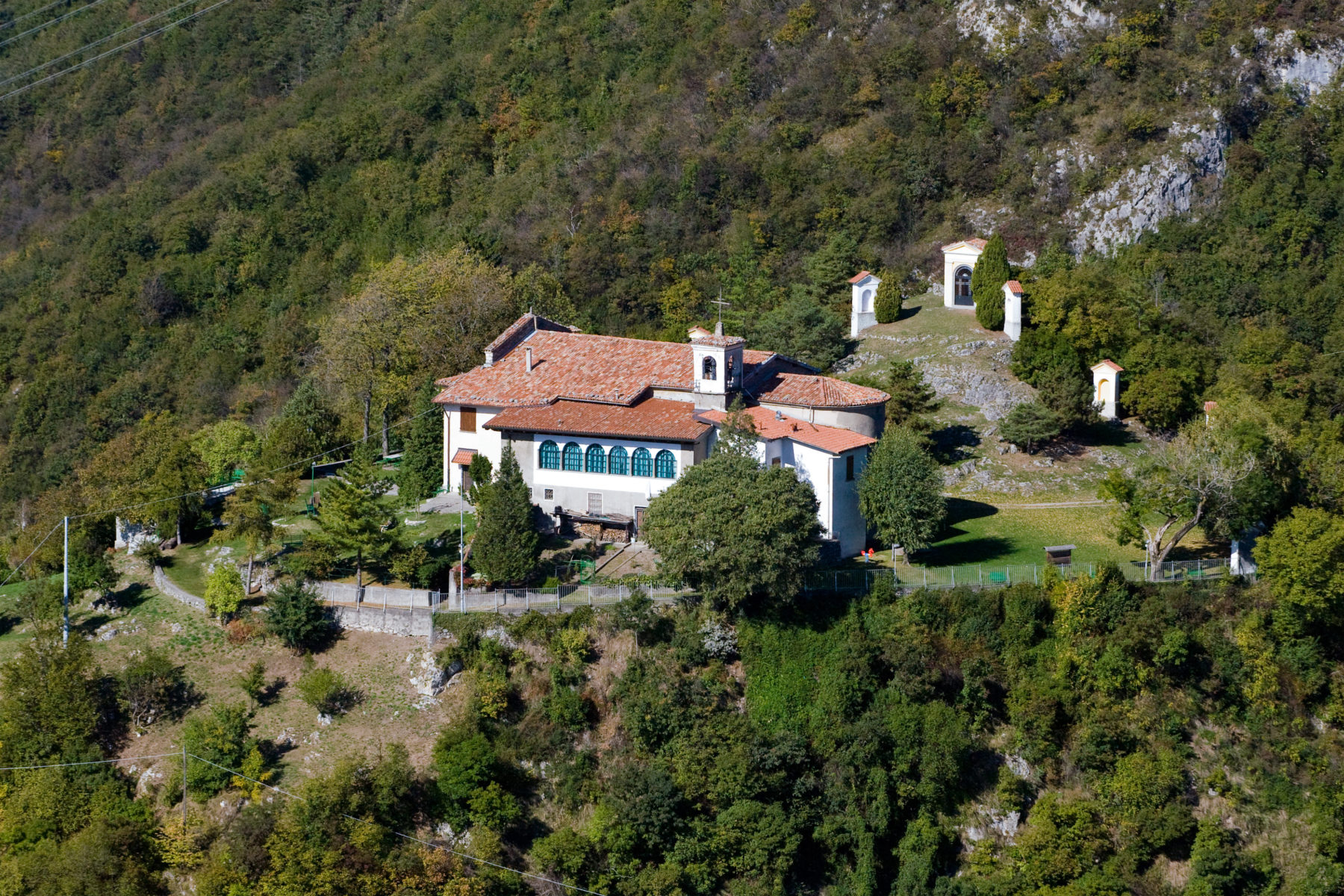 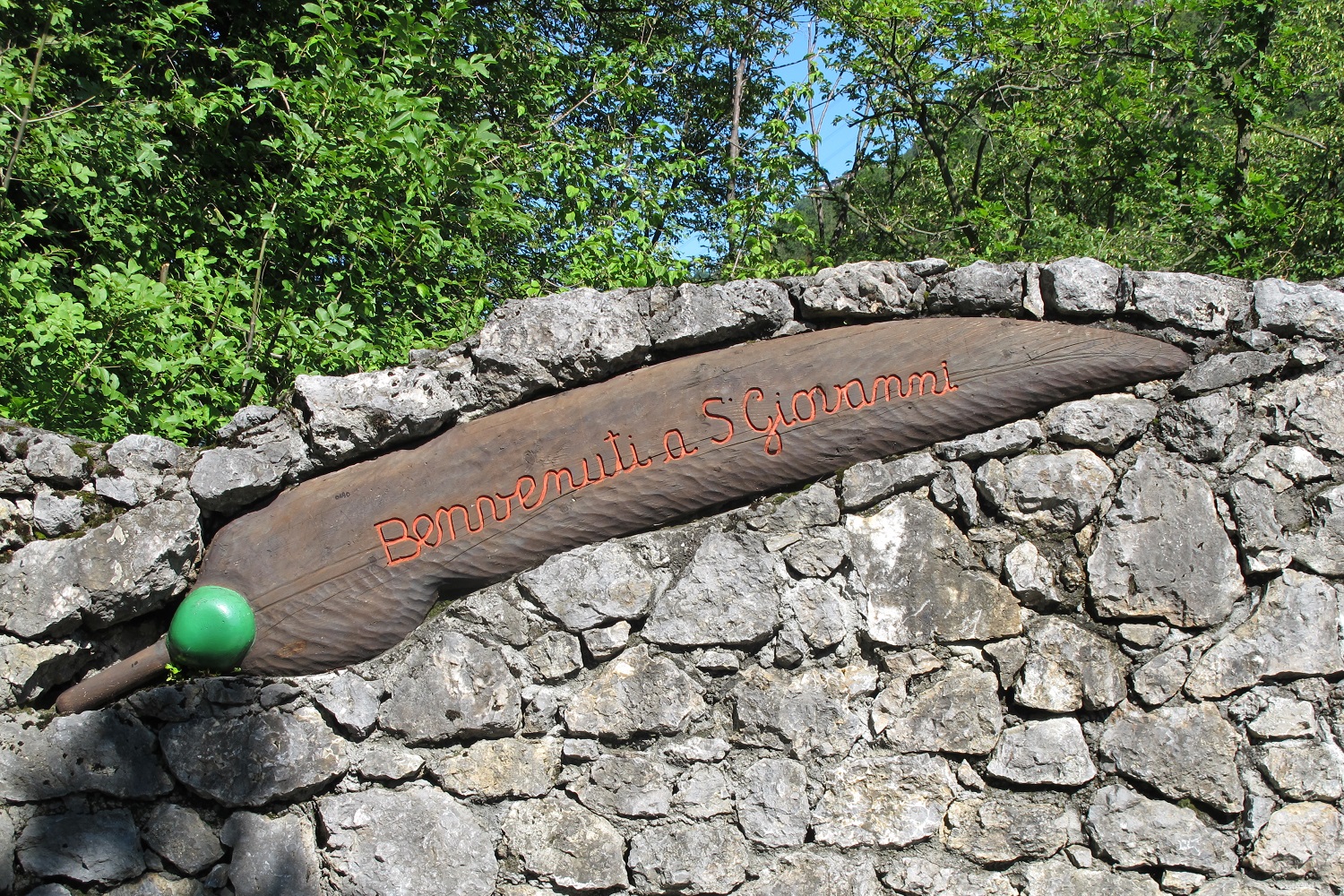 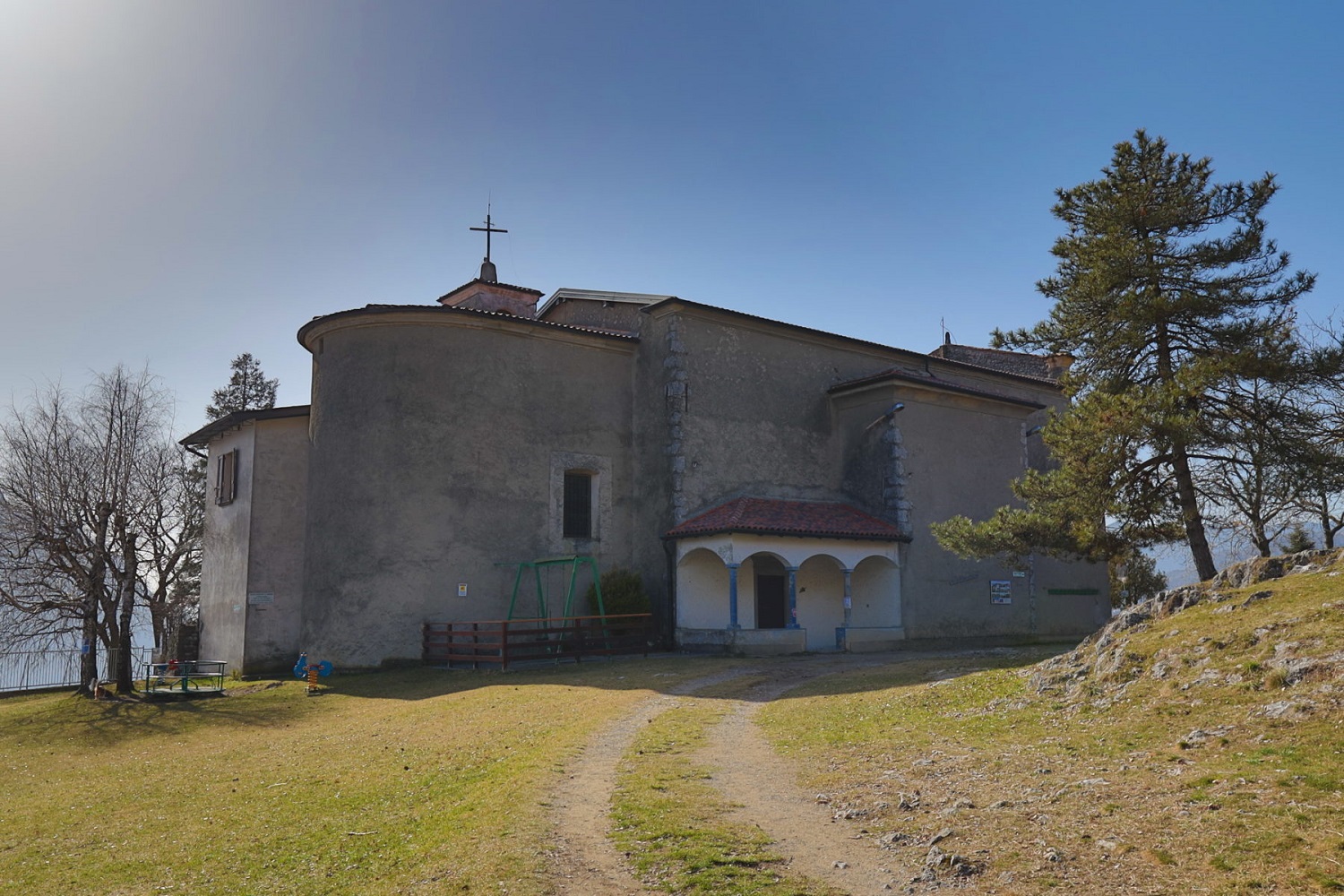 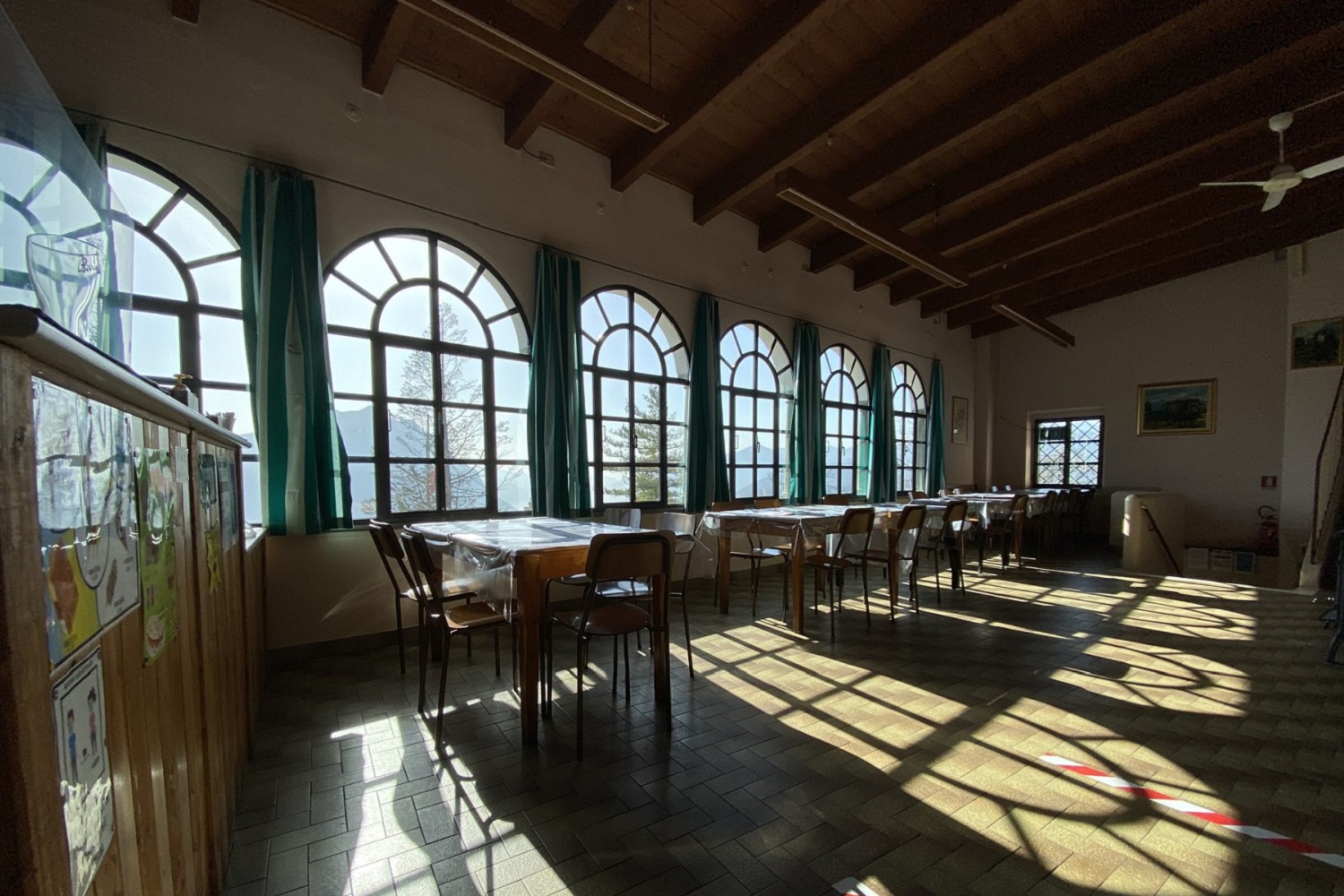 
Colle di San Giovanni (Hill of St John), also known as Monte Cala, the crossroad between the Val Cavallina (Cavallina Valley), Val Borlezza (Borlezza Valley) and lower Val Camonica (Camonica Valley), overlooks the village of Lovere and Lake Iseo. It was already chosen as a stronghold in ancient times due to its strategic position. A fortress was built during an unspecified period, the first documentary evidence dating back to the second half of the 13th Century. There is very little of the original structure still visible today. There are a few remains of the perimeter walls, to the north of the Church and traces of the foundations around the headland.

The ancient name “rocha de sancto Iohanne challe” refers to the presence of a chapel, even though sources only refer to it during the thirties of the 14th Century, dedicated to San Zenone.

The current church was built in the 17th Century, as an extension of the older one. An external plaque carries the date 1601. The current appearance of the church and surrounding buildings is the result of restoration work carried out by Italian Alpine soldiers from Lovere between 1964 and 1967, after a period of neglect, as recalled by the graffito in the atrium.

San Giovanni is a simple structure preceded by a quadrangular atrium. A heavily remodelled Baroque portal in Sarnico stone provides access to the sacred space. The inner hall, covered by a barrel-shaped vault, is delimited by pilasters with a frieze and cornice. Three paintings by Aurelio Bertoni, celebrating the Lovere churches and Saints Bartolomea and Vincenza, were placed here in 2014. Whilst on the counter façade there are two paintings by Antonio Morone, depicting the Adoration of the Shepherds and Adoration of the Magi, dating back to the seventies of the 17th Century and a later work The Death of Saint Joseph by an anonymous painter from Bergamo (18th Century).

The chapel of San Rocco, with wooden raceme frame and Angels by the wood carvers Fantoni of Rovetta opens up to the left and houses the statue of San Rocco, all dating back the 18th Century. The chapel of Saint Charles in the middle aisle, already dedicated to the Trinity, was adorned with a marble altar and wooden altarpiece, containing an altarpiece from Brescia depicting St. Charles praying dated 1614. Next, there is a painting on the wall attributable to Antonio Cifrondi, depicting Saints Charles Borromeo and Firmus in glory, possibly dating back to the first half of the 18th Century, already in the central cornice of the vault. A Latin manuscript with the 19th Century transcript of the legend of Charlemagne, together with a translation of the same era hangs on the arch of the presbytery. In fact, Monte Cala with its stronghold is mentioned as one of the locations affected by the presence of the Carolingian King.

The lavish black marble altar in the presbytery, with multi-coloured inlays and different statues, is the work of local craftsmen dating back to the 17th Century. The altarpiece with Saints John the Baptist, Gotthard, Firmus and another Saint, enclosed within a wooden frame, might be the work of Antonio Cifrondi. A 19th Century adornment on the vault, similar to that of Salvatoni of Gandino, culminates in the Beheading of Saint John the Baptist, whilst the date 1606 in the apsidal conch refers to the conclusion of a previous decorative campaign.

The arch to the right of the presbytery contains a painted cabinet with the Beheading of Saint John the Baptist, dating back to the 18th Century. The chapel of Saint Firmus with a marble altar (possibly made by the same workshop as the high altar), is to the right of the organ. The wooden framed altarpiece depicting Saint Firmus is signed by the Brescia painter Antonio Gandino and dated 1614. To the side two paintings by the Lovere painter Antonio Morone, depicting Saint Gotthard and St Anthony of Padua with child, dating back to 1687. The wall closes with the 19th Century altar of the Rosary. The recess containing the statue is surrounded by frescoes from 1836 with figures of Saint Dominic and Saint Catherine created by Salvatoni of Gandino.