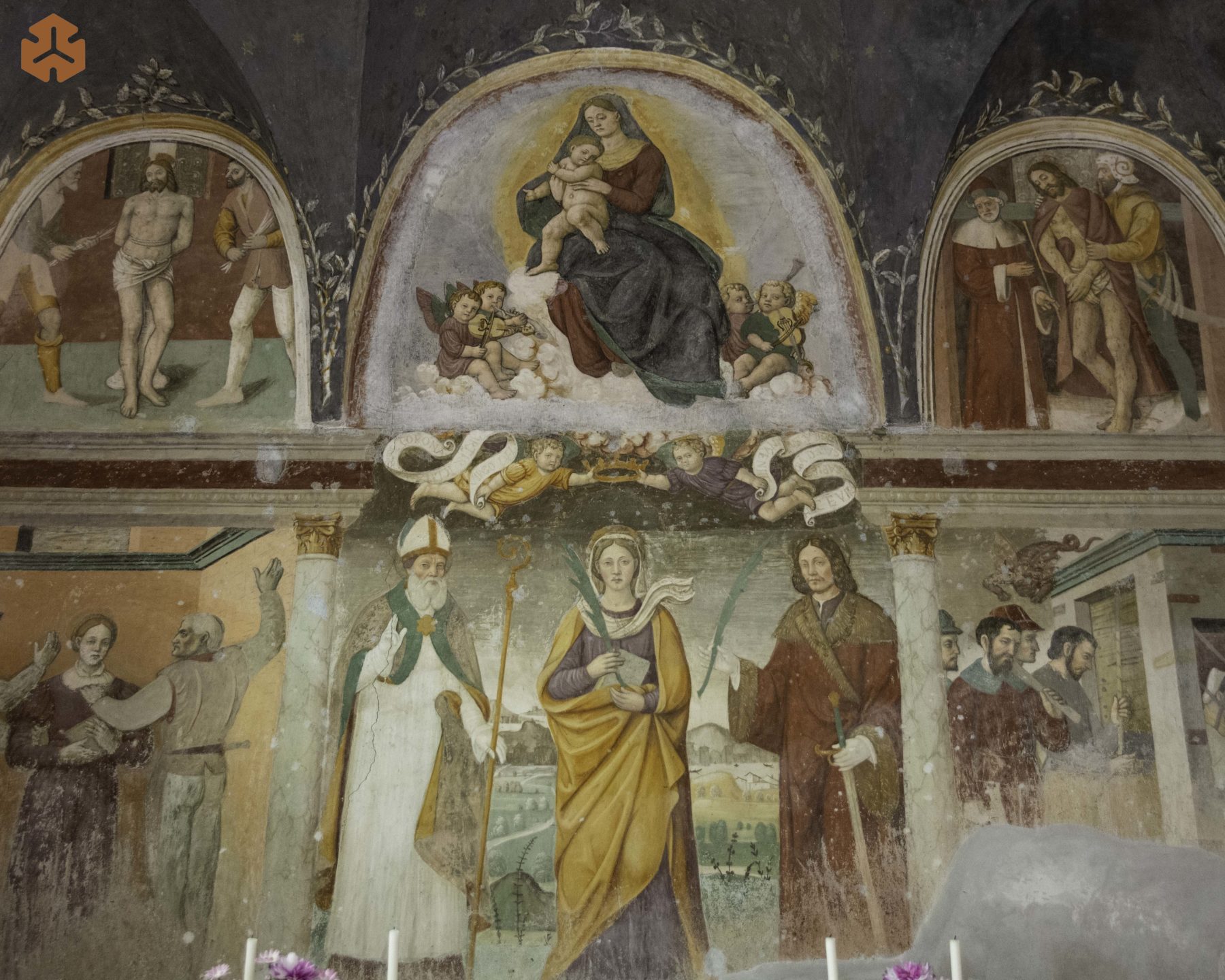 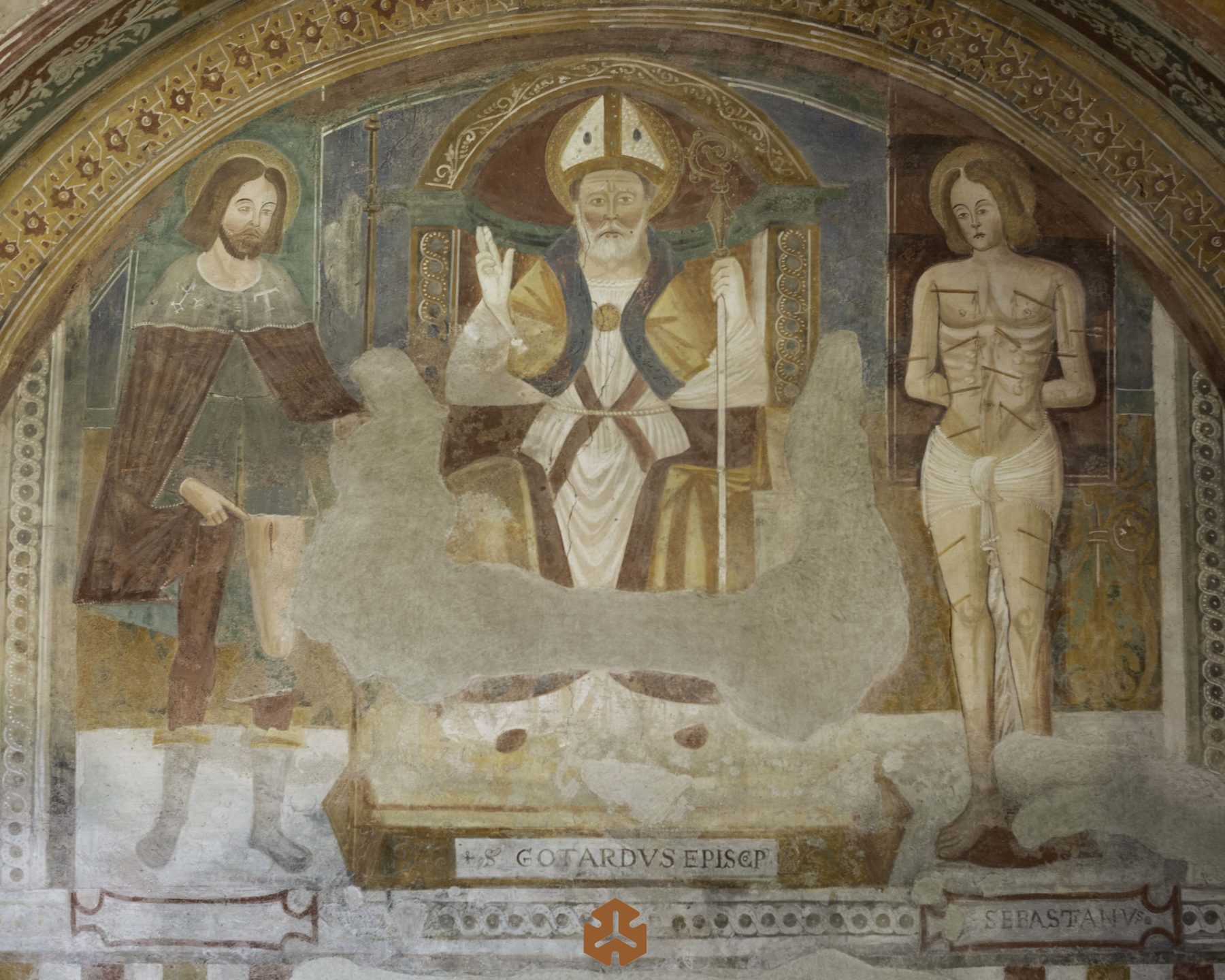 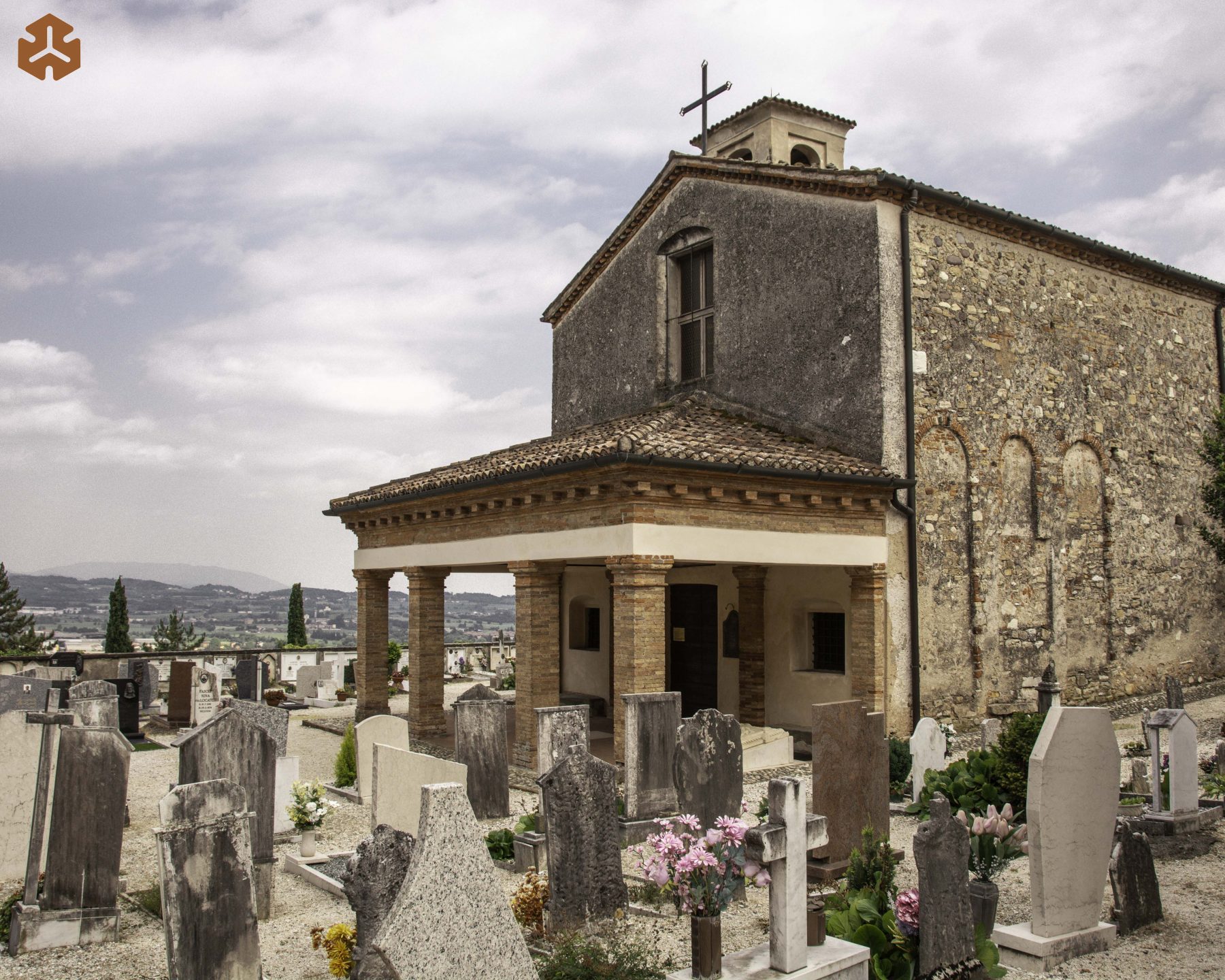 
The Church of Sant’Eufemia stands in an elevated position on one of the hills of the moraine amphitheater of Lake Iseo.

It was parish seat and burial place until the 1700s, when the new parish church was built inside the town of Nigoline.

The Church is particularly dear to the inhabitants of Corte Franca for its location inside the cemetery and the valuable historical and artistic peculiarities.

It is owned by the Parish of Saints Martin and Euphemia of Nigoline di Corte Franca which has always provided for its care and maintenance.

The Parish intends to continue the conservation of the property, with the restoration of the relevant cycle of frescoes present in the presbytery.
The foundation of the church dates back to the VIII-IX Centuries: it was a small oratory with a single hall. The traces of the ancient west facade and of the quadrangular apse adorned with blind arches to the east have been preserved from the early medieval structure.

The discovery of a Capuchin tomb and a Roman balsamary bear witness to the antiquity of the site.
Towards the end of the eleventh century and the beginning of the twelfth, the bell tower with rectangular mirrors was added.

The current appearance of the church dates back to the radical transformation that took place in the second half of the fifteenth Century when a new and larger building with a North-South orientation was built perpendicular to the previous one.

In the early Sixteenth Century, the new presbytery was embellished with a pictorial cycle of great artistic interest that narrates the stories of the martyrdom of Saint Euphemia and the Passion of Jesus in individual scenes.
The frescoes were studied at the end of the nineteenth century and, due to the affinity of the architecture and landscapes in the background with those of the Church of S. Maria Assunta in Adro, they were considered the work of Floriano Ferramola, an important painter from Brescia of the early Sixteenth Century, active among other things in S. Giulia in Brescia and in S. Maria in Valvendra in Lovere.

Stylistic affinities have also been found with Paolo da Caylina the young man, grandson of Vincenzo Foppa, to whom other scholars have proposed attribution.
If it is not a direct work of Ferramola or Caylina, it is the work of a remarkable anonymous painter from their circle or workshop.

The frescoes in the presbytery are characterized by strong plasticism, lively efficacy of colors, bright combinations of tones and coherent adhesion to the Lombard classicist culture.
The narrative of the decorative cycle takes place on two registers: the lunettes of the upper band represent scenes from the Passion of Christ, with the exception of the central lunette with the depiction of the Madonna and Child between musician angels and the middle register presents the events of the martyrdom of St. Eufemia.

In the center above the altar, as if it were an altarpiece, stands the representation of St. Euphemia between a Bishop and a Holy Martyr.
At the base of the panels of the frescoes there is a writing that explains the images, but the text is largely illegible, worn out by humidity.

Interesting is the decoration of the plinth with clipei in the center of fake variegated marble slabs.

The pictorial surfaces need urgent restoration work, especially for the parts of the skirting strip and the register with the stories of Saint Euphemia.
The causes of the degradation are essentially due to the presence of rising damp on the walls, which cause the escape of the soluble salts with chalking, pulverization and detachment of the paint film.

The restoration will allow to better study stylistic and technical elements for a more certain attribution.

Open upon request by contacting the priest of Nigoline Bonomelli

Church of San Martino in Prada