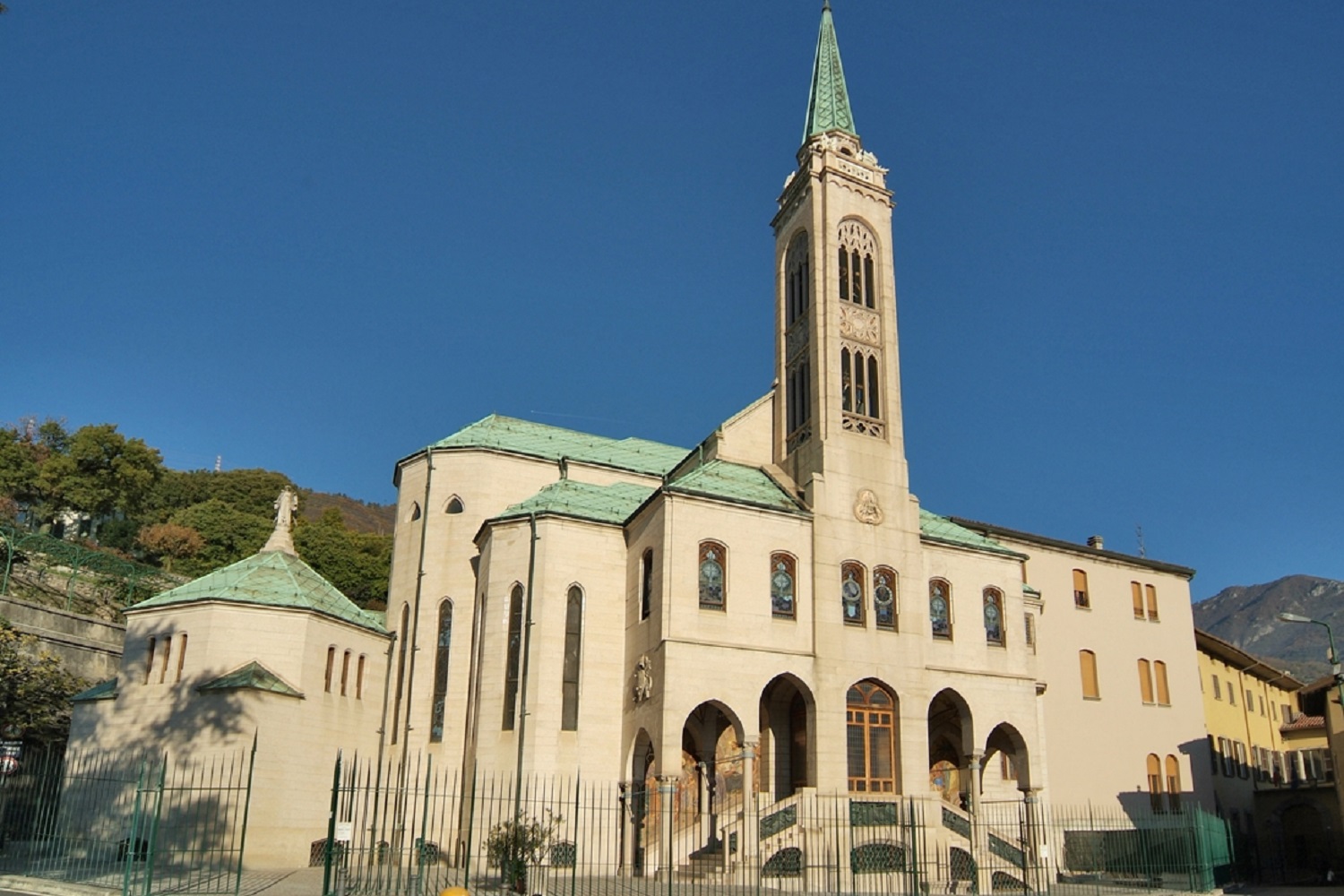 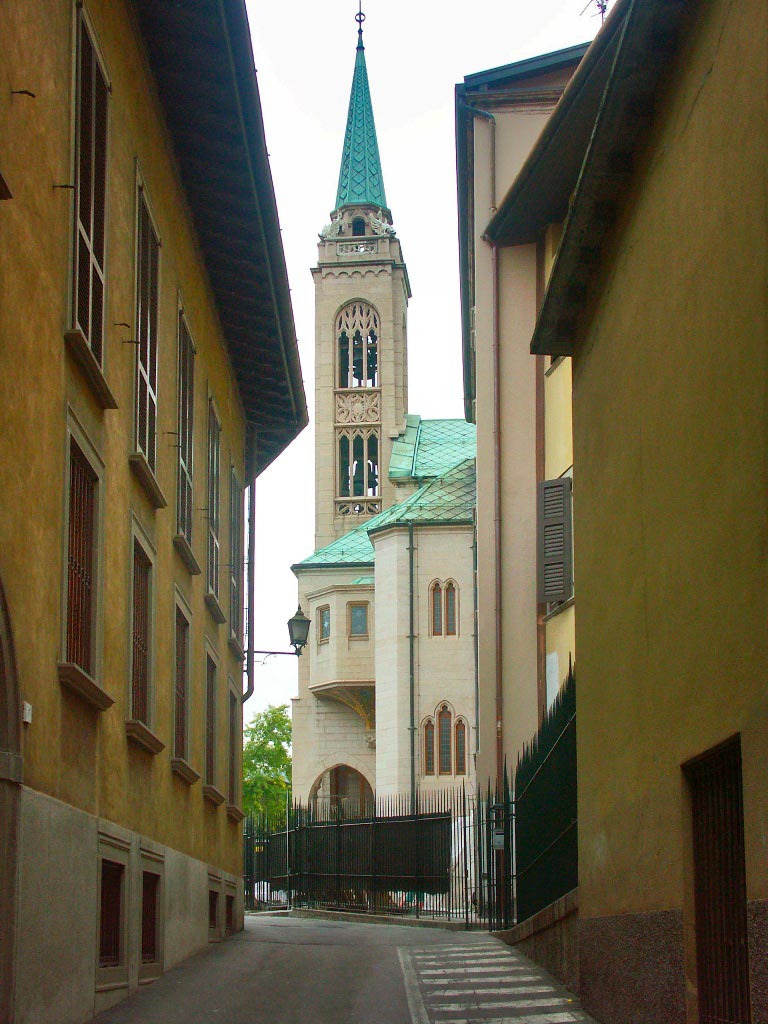 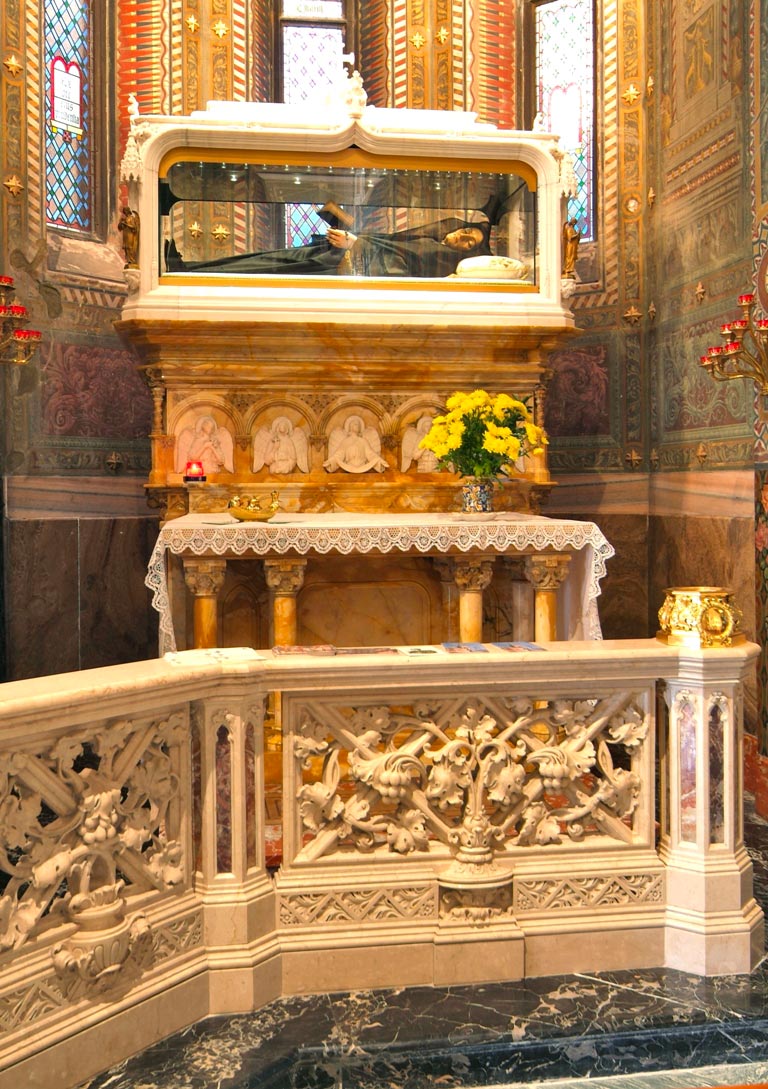 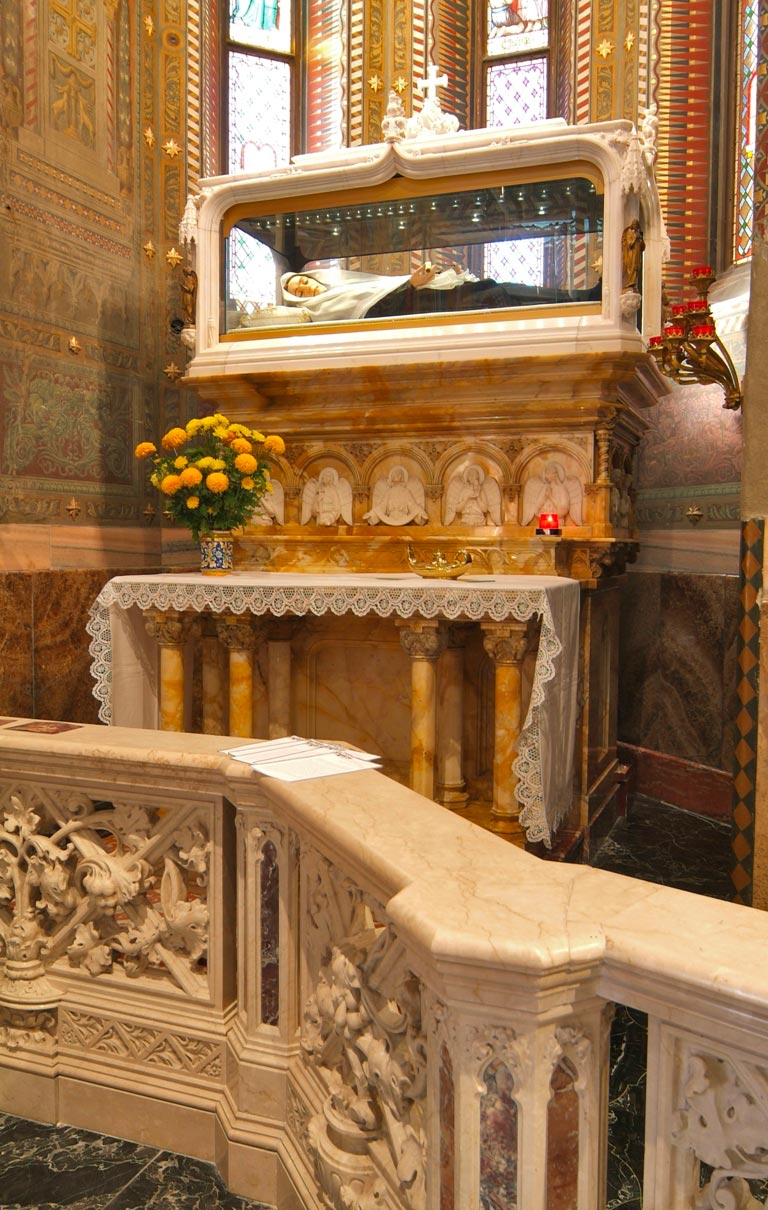 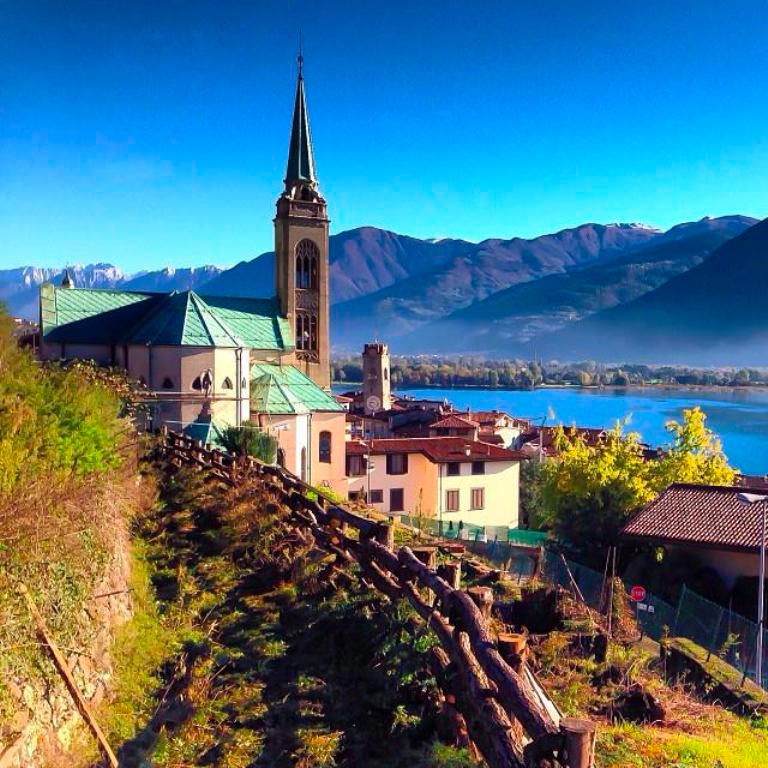 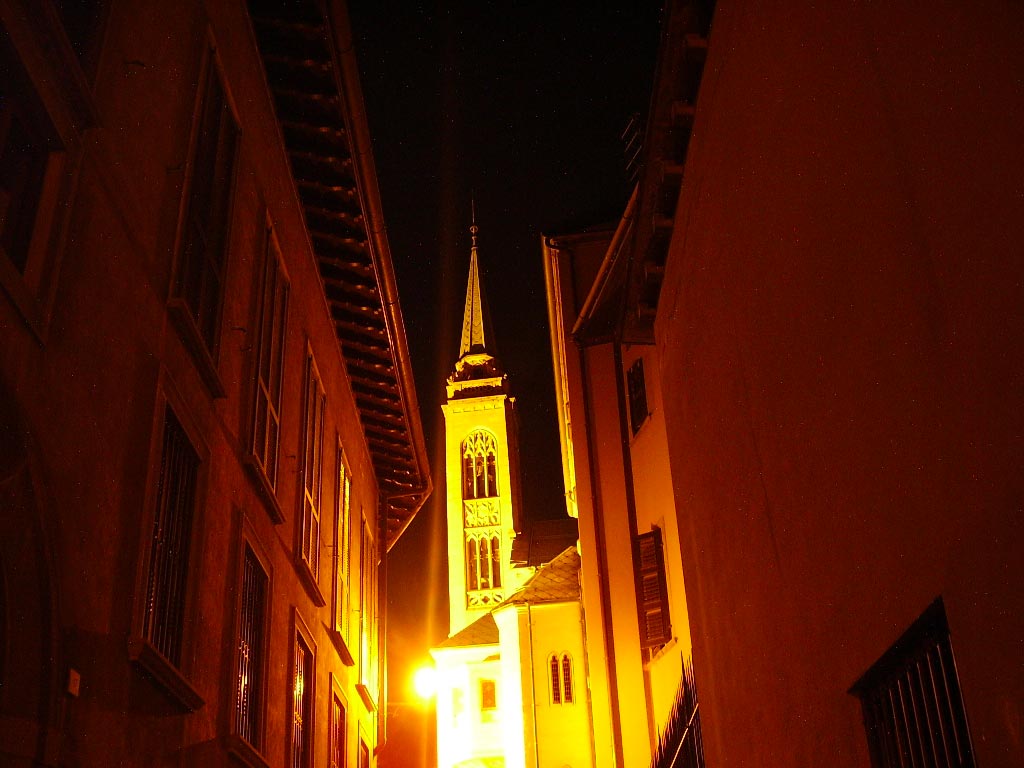 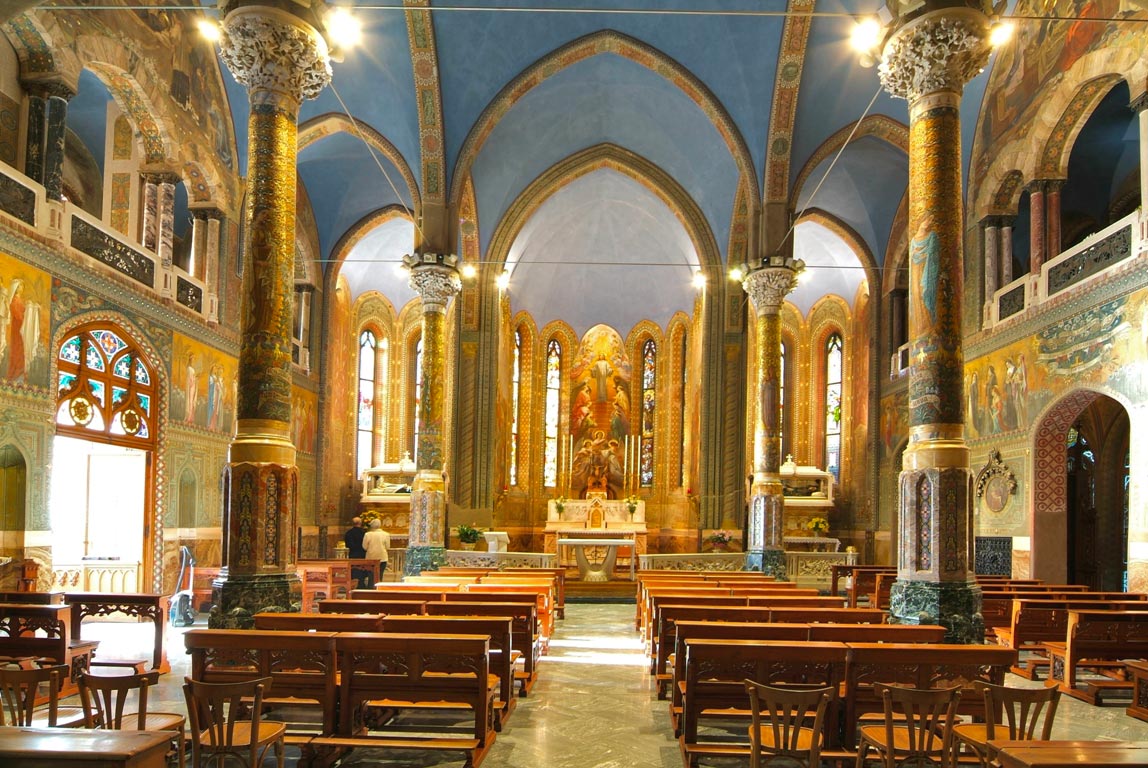 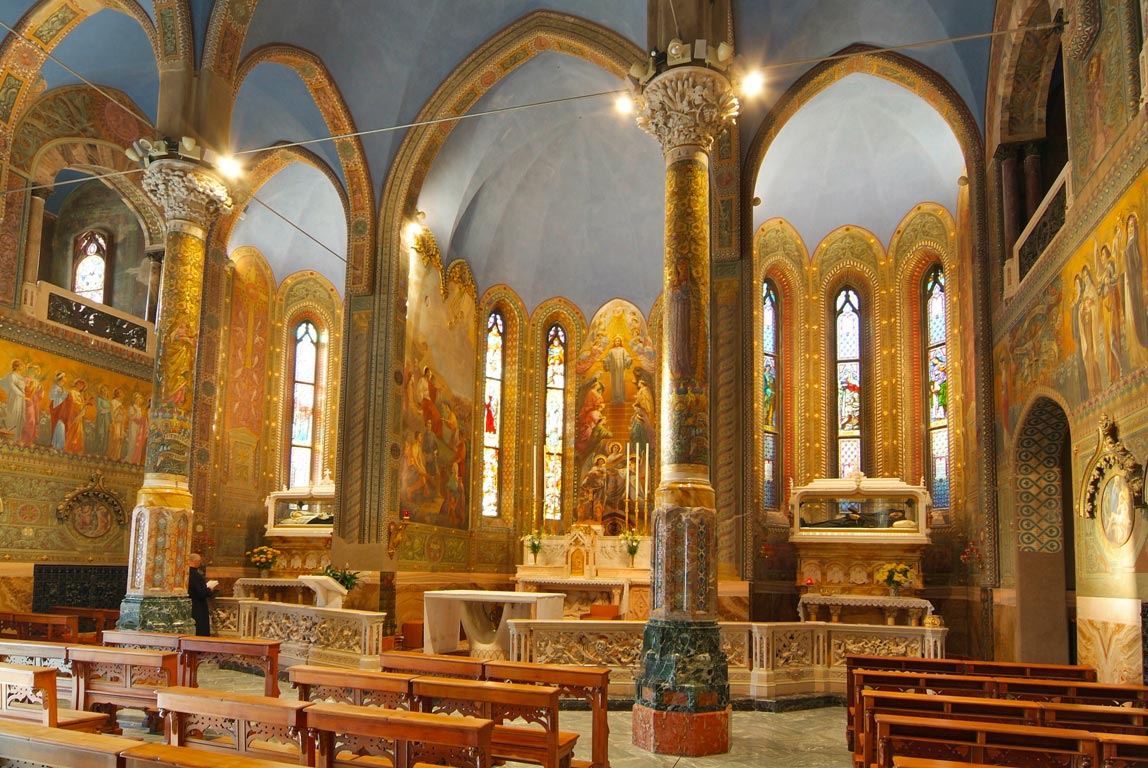 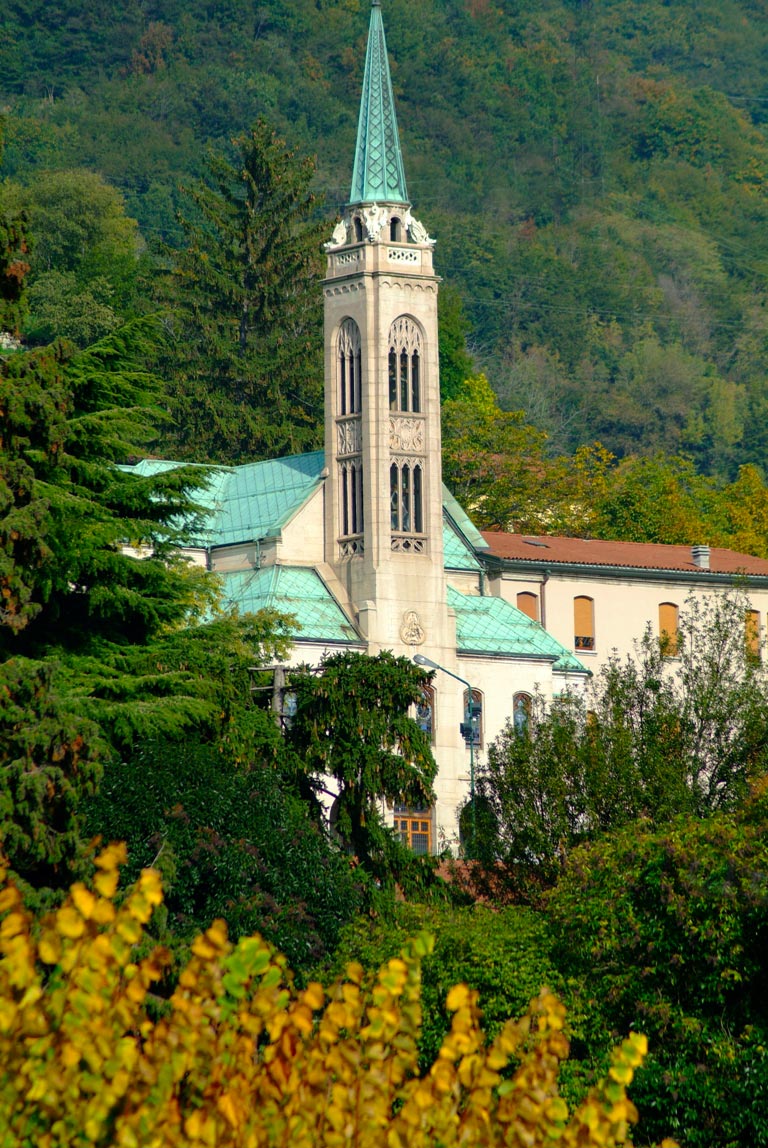 
The Institute of the Sisters of Charity also known as the Sisters of Maria Bambina (Sisters of Holy Child Mary) was founded by Bartolomea Capitanio (1807-1833) and Vincenza (born Caterina) Gerosa (1784-1847) in 1832. Their charitable work is inspired by San Vincenzo de’ Paoli and is in line with the Lombard Social Catholicism of the 19th Century. The two women were canonized by Pope Pius XII in 1950.

A chapel was created in the rooms of Gaia House, the Institute’s first home. This chapel, also called the “Chapel of origins” was inaugurated in 1835, housing the remains of Bartolomea Capitanio in 1843 and those of Vincenza Gerosa in 1858. It was adorned by the painter Luigi Morgari (San Vincenzo de’ Paoli, Deposition of Christ) and the plasterer Luigi Sacchi at the end of the 19th Century.

The Mother Superior started to think about a new church in 1926 when Bartolomea Capitanio was beatified and the decision was made to build it next to Gaia House. The first stone of the building, designed by the architect, Spirito Maria Chiappetta, in a neo-medieval style, was laid on 1st July 1931. It was consecrated on 1st October 1938, dedicating it to Christ, King of the Virgins in honour of the founders of the Sisters of Charity. The new structure was built onto the old Institute building and laid out so that the room where Bartolomea Capitanio died faced the interior of the temple and the existing chapel adapted as an entrance hall to access the Institute.

Clad in pink granite, this structure is dominated externally by a streamline bell tower. The two porticoed staircases are adorned with mosaics from the Vatican School, based on cartoons by the painter Pasquale Arzuffi, depicting the Raising of the son of the widow of Nain and Sermon on the Mount  while the bronze parapets with Symbols of the Evangelists are made by the artistic foundry M.A.F. of Milan on models by the sculptor Giovanni Manzoni.

The square shaped interior encloses a Greek cross with three naves, of which a wider central one, marked by four large pillars, supporting pointed arches with cross vaults adorned with mosaics depicting the Ten Virgins.

These lavish paintings and mosaics, work of the Fermo Taragni school, are laden with symbolic references to the Sacred Scriptures. However, the figurative part depicts the Procession of Virgins and Martyrs along the wall. This is the work of Umberto Marigliani in collaboration with Giuseppe Grimani, who reinterprets, in pre-Raphaelite style, an Early Christian theme concluding with the large frescoes of the apse, dominated in the centre by Christ, King of the Virgins Crowning the Saints Bartolomea and Vincenza. The fourteen stations of the Cross are also the work of Marigliani. Whilst Pasquale Arzuffi painted the murals celebrating the two saints on the arches over the women’s galleries, Christ on the Throne of the Cross Blesses the Charitable Works for Children and the Sick at the bottom of the central nave, the Death of Saint Bartolomea above the entrance of the left aisle and Saint Vincenza predicts to a sick nun that she will die before her on the opposite arch. These works are based on a simple and contained spirituality, in tune with the charisma of the two Saints.

The ambulatory in front of the entrance and altars are illuminated by stained glass windows made by Constantino Grondona whilst those of the women’s galleries are by the painter Cesare Giuliani. They all depict the Patron Saints of the provinces where the Congregation of the Sisters of Charity is located.

The relics of the saints are venerated in the side apses, to the left Bartolomea and to the right Vincenza. The high altar houses a relief depicting the Deposition of Christ, based on a model by Giovanni Manzoni just like the Crucifix and reredos frieze with a throng of Adoring Angels. On the walls of the sanctuary Umberto Marigliani painted the Miracle of the Loaves and Fishes to the left and Cana’s Wedding to the right.

Closed from the 16th to 19th of March, included