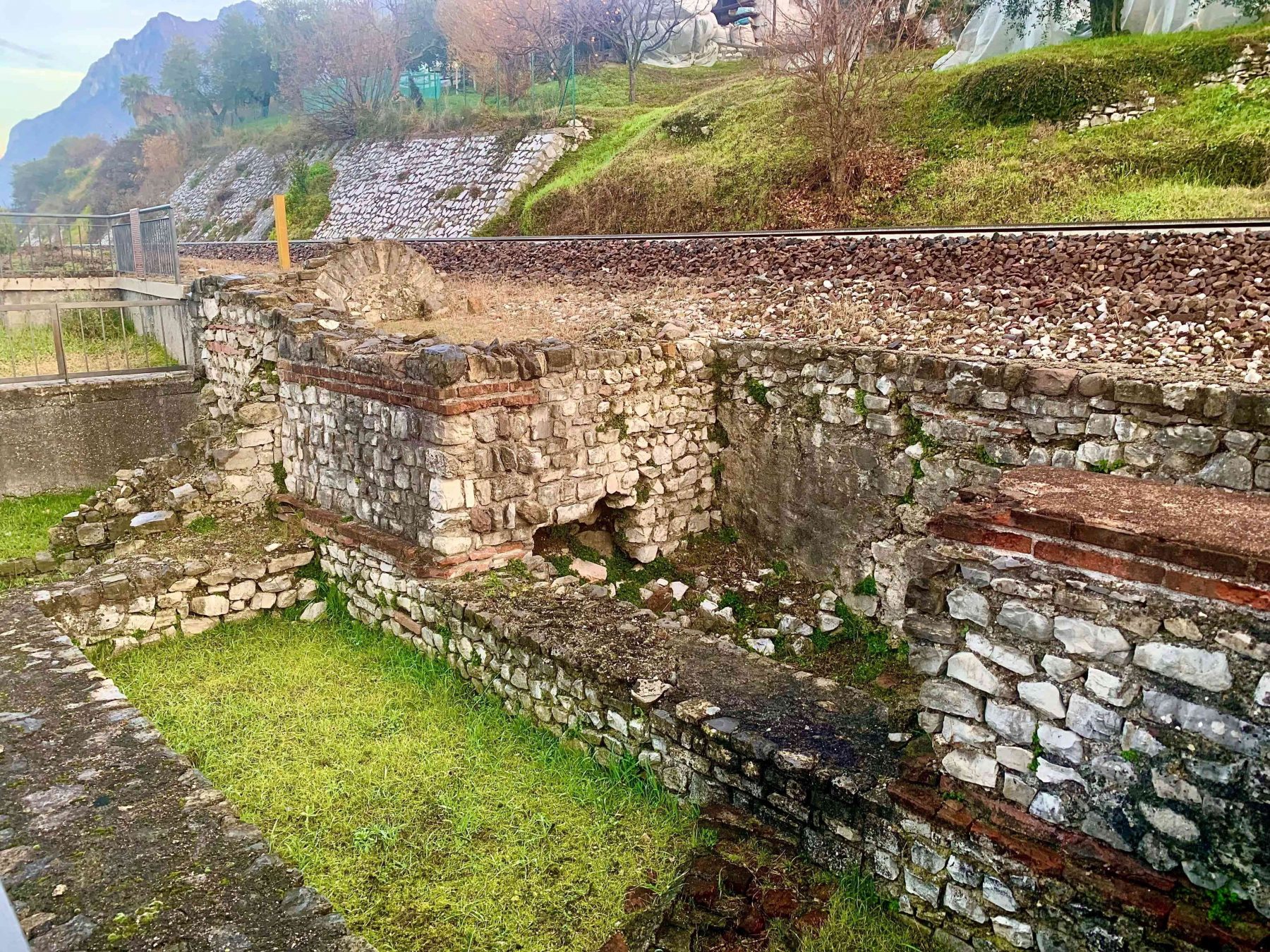 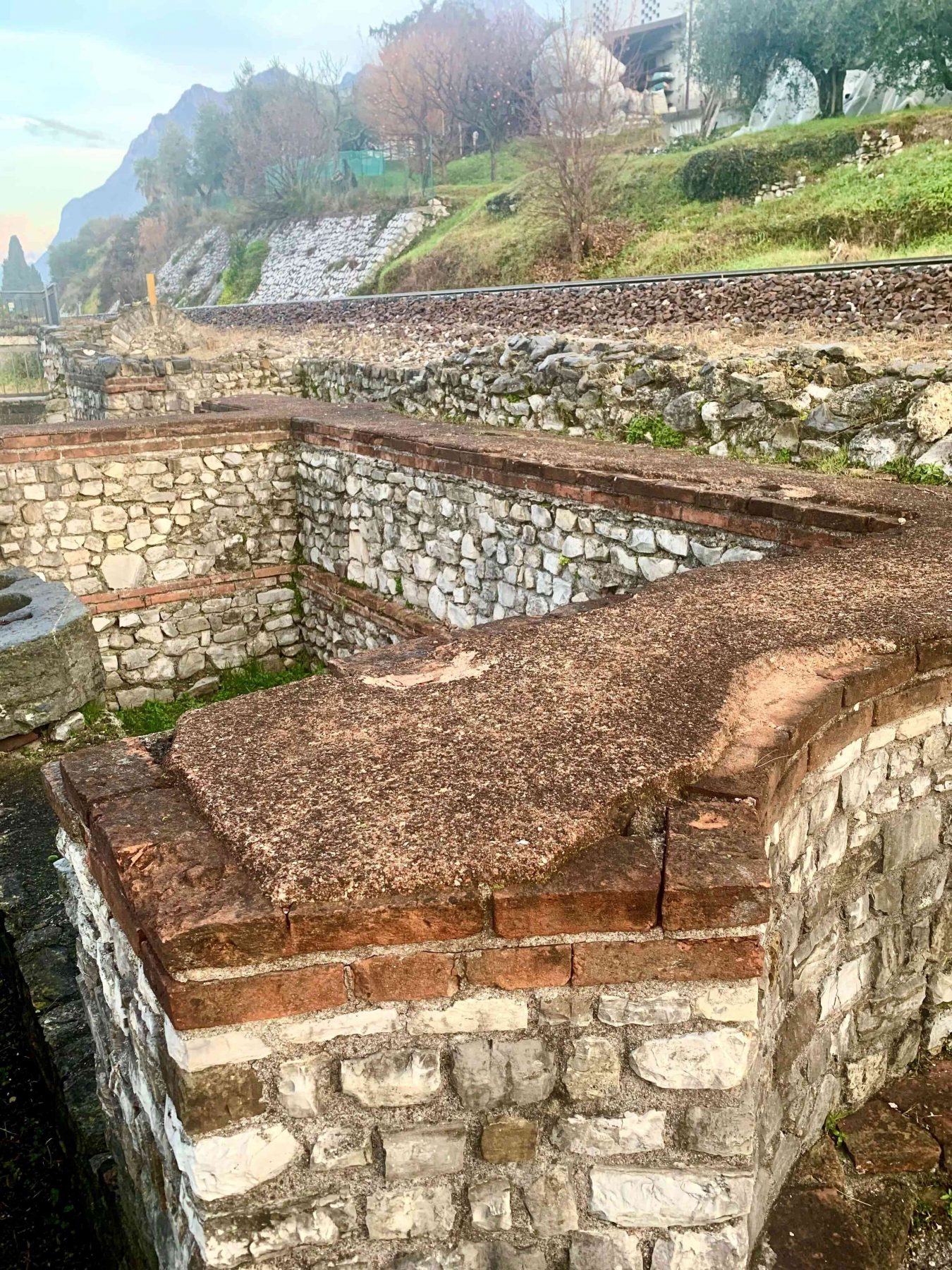 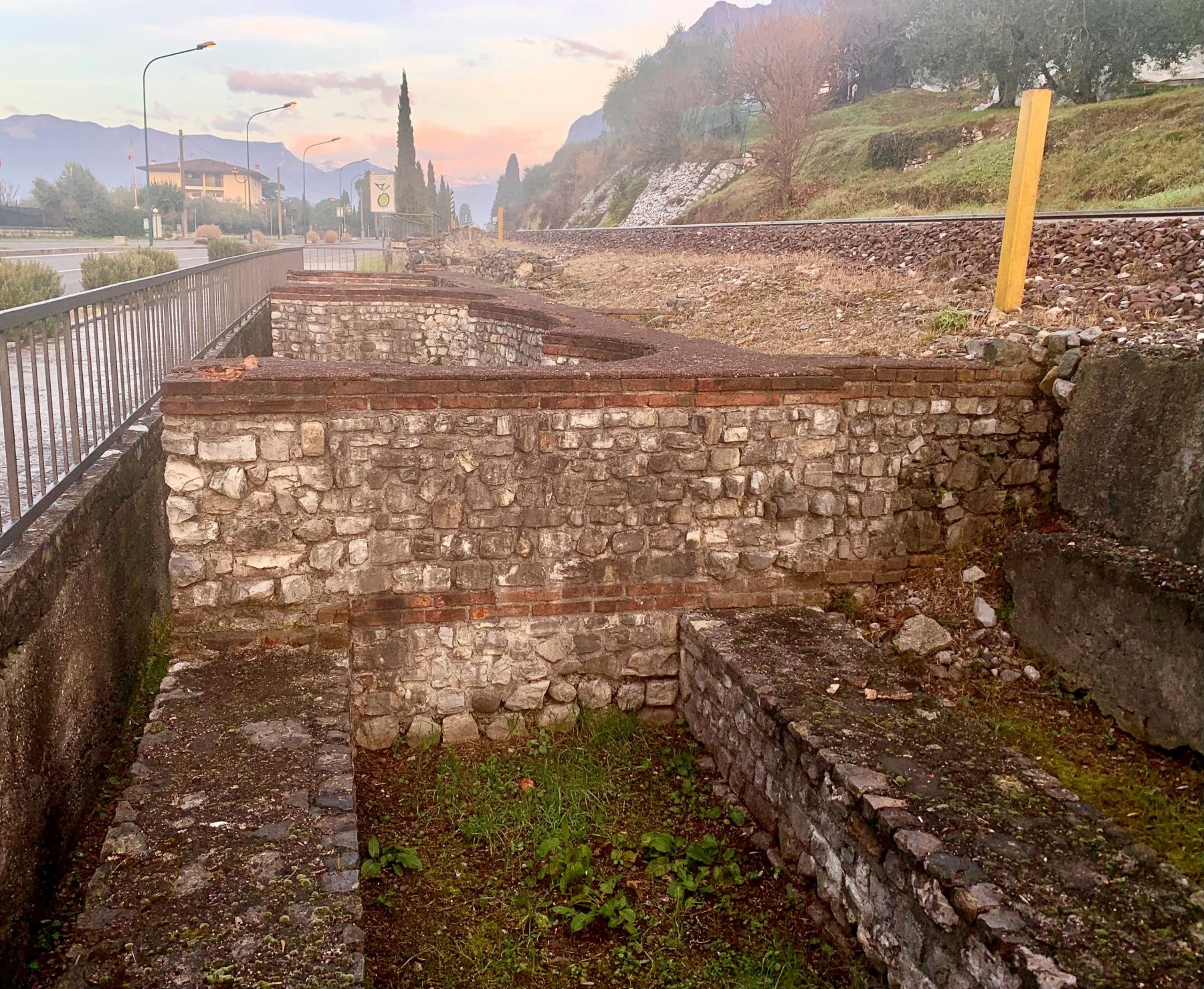 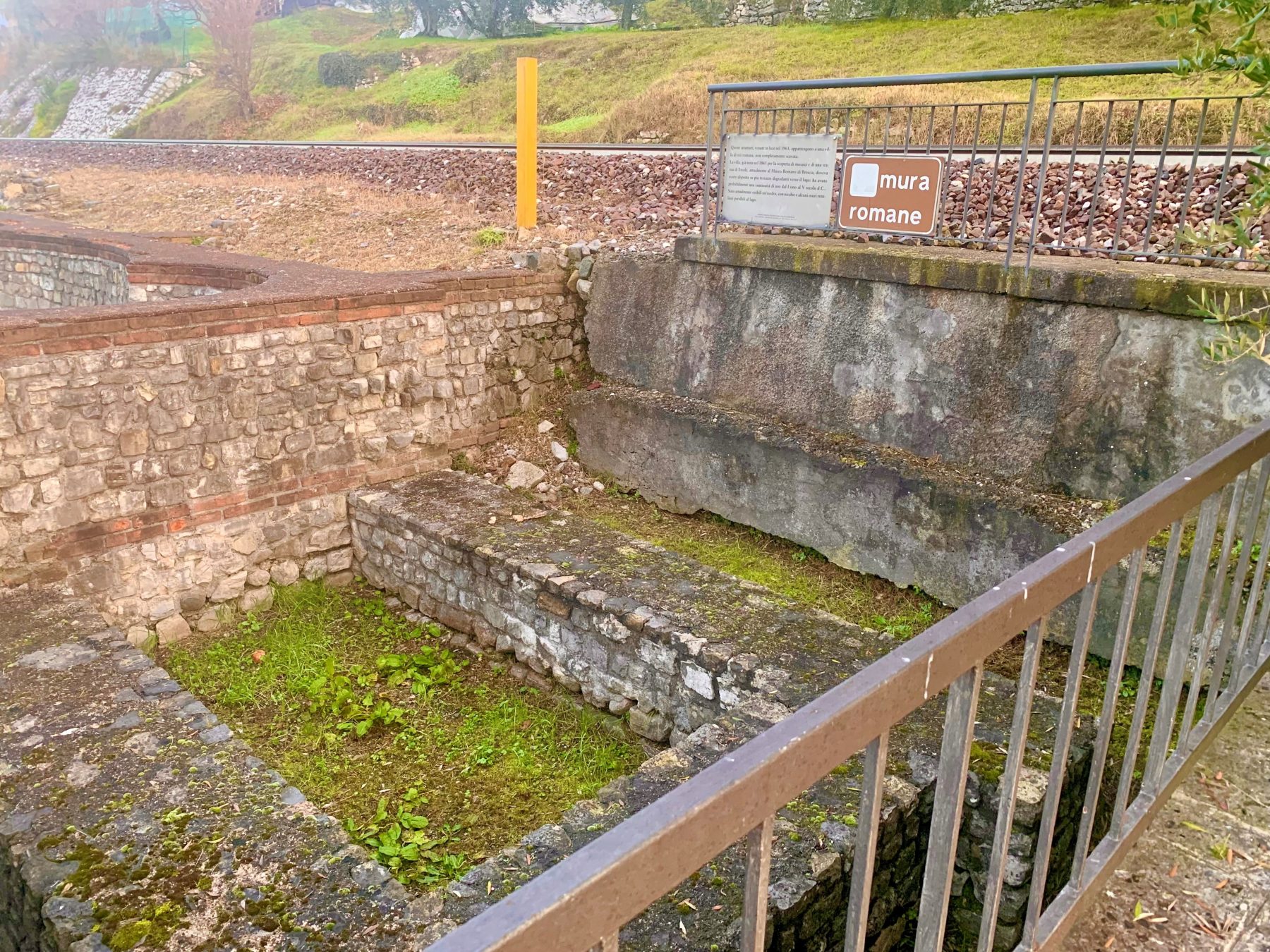 
The restored structures on the outskirts of Marone, in the district called Cò de Hela (that means “the cape with the villa”) on the SS 510 (state highway 510), near the railway, are the main archaeological proof of the eastern shoreline. This is an area of a large Roman villa, extending between the hills and lake.

This building developed over several levels, placed scenically amongst the spectacular local landscape, with architectural solutions similar to those found even in Clusane and Iseo.

Various materials originate from this site, some kept in the National Archaeological Museum of Cividate Camuno and the others at the Santa Giulia Civic Museums in Brescia.

Fragments of a marble statue depicting Hercules with a club and lion skin, dating back to 3rd  century AD were discovered in 1810 and now can be found in Brescia.

Remains of mosaic flooring, masonry structures and water pipes were accidentally found and destroyed in 1865.

Masonry structures constructed up against the hill, a 2 x 1 m fragment of mosaic floor with black and white tiles and four coins including one of Maximian Herculean (286-305 AD) and one of Galerius Maximian (292-311 AD) were found in 1906 whilst building the railway. Rooms built into the tufaceous rock, water pipes, numerous bricks and Ivy painted plaster fragments were also discovered.

Additional structures, including the remains of a staircase, emerged in 1932 during the construction of a house standing, in part, on ancient remains.

In 1960 over the railroad, halfway up the slope, were discovered black and white mosaic fragments and the remains of a hypocaust heating system.

Excavations carried out in 1963, 1965 and 1969 by the then Authority for Antiquities of Lombardy brought to light walls both to the north and south of the central nucleus, water pipes, fragments of pottery, marble crustae, fragments of suspensurae (terracotta pillars), and bricks (including one stamped with TI.CL.M) and a small room dug out of the tuff containing a pile of tiles.

Further investigations, carried out between February 2001 and March 2003 whilst checking the installation of the sewer, made it possible to better define the size of the villa, identifying its perimeter. The data clarified how the villa extended 120 m to the Lake front.

It also identified an outdoor area, with the remains of olive presses, confirming the existence of a pars rustica, linked to olive tree growing and exploitation. An interesting fact about Lake Iseo that links the villa to those on Lake Garda, in particular that of Padenghe, in the Sant’Emiliano district, where a large olive press and oil production related structures were discovered.

The visible part in Marone, with walls with stone face interrupted by a double row of bricks outlining different spaces and a beautiful exedra looking out onto the Lake, could be the spa area of the 1st – 2nd centuries AD residential villa.

The materials date the building to between 1st and 4th centuries AD. The presence of mosaics, marble crustae, painted plaster and the fragment of statue indicate the quality of these residential spaces.

The time in which the villa was abandoned is marked by stone slab tombs with coffins without burial equipment.

Castle and Church of San Rocco

The Roman Necropolis of Lovere